In Australia there is a humble support series where they race El Camino style utes. In Australia--a land where you can't buy a Camaro or Mustang without importing it and doing an expensive aftermarket right hand drive conversion--these "2 door muscle cars" from Ford and GM are living Aussie classics, as the true 2 door coupe versions have been out of production for about 30 years and 5 years respectively.

But on sound advice from marketing experts

, they want to replace it with these.. 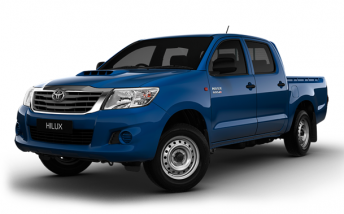 To give racing like this.... ( Is it possible to show the meatball flag to the whole field !?

It's apparently what the marketing bods at GM, Ford, Toyota and Nissan want... A sure fire way to attract new manufacturers no doubt.

Certainly not on the scope of the F1 efficiency changes (where is my V12 action thank you very much?), but seemingly a form of poorly-thought-through madness all the same!