It was widely reported that Niki Lauda tried his hand at driving a "modern" Mercedes DTM car at the A1-Ring round in 2003 at the invitation of Mercedes motorsport director Norbert Haug. After a few laps of the circuit to get used to the car, he then chauffeured guests during the afternoon.
Now here's the inevitable question - which car did he drive (there's a suggestion it was Alesi's HWA "works" entry, but I've never seen a photo). Can anyone cast any light?

A google search came up with this photo 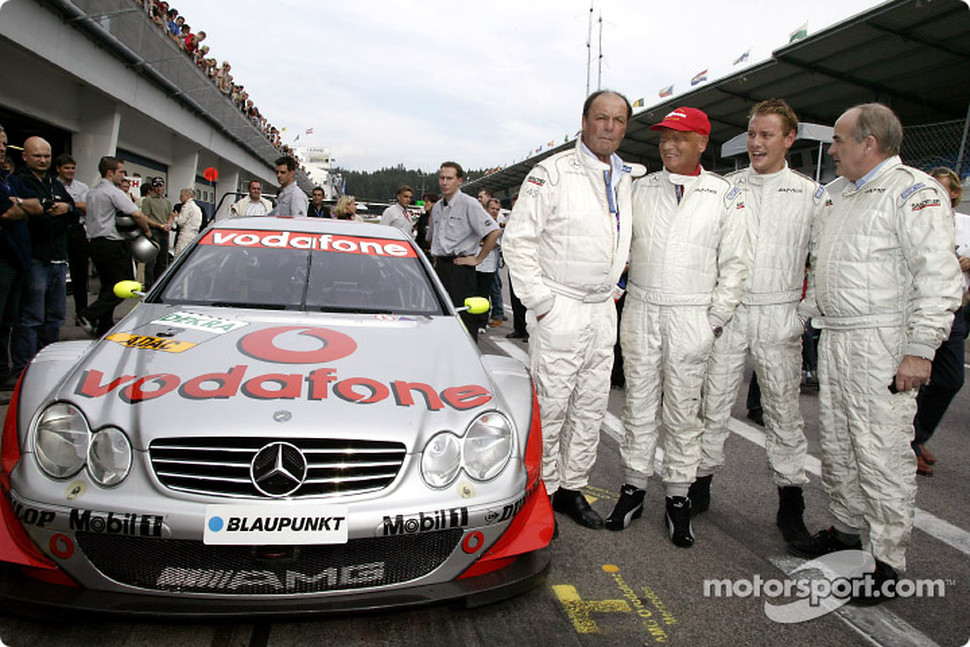 That'd be Schneider's car if I'm not mistaken.