here are some photos from my Iritani Shadow DN7 with Matra V12 engine in scale 1/20th.
The car was driven by Jean-Pierre Jarier during the GP’s in Austria and
Italy as well as during the practice for the US GP 1975. 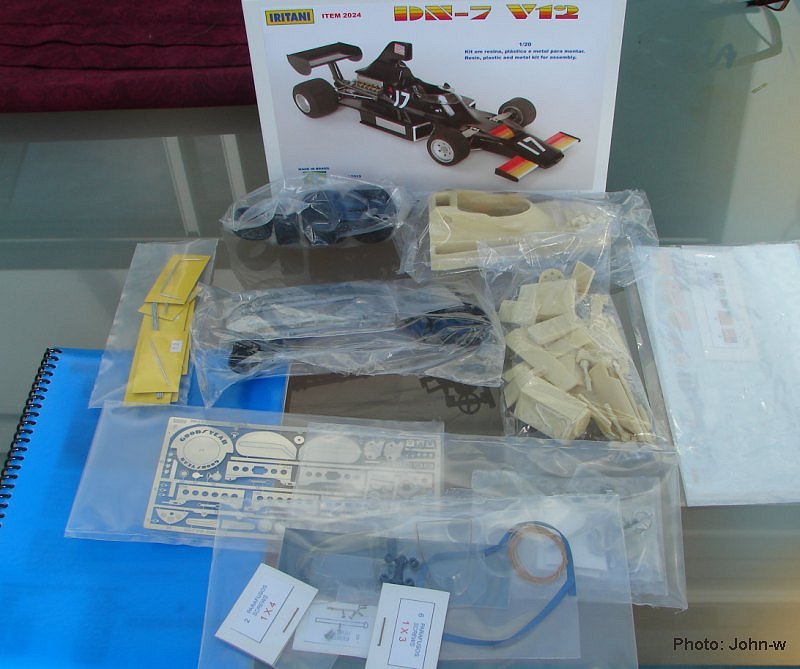 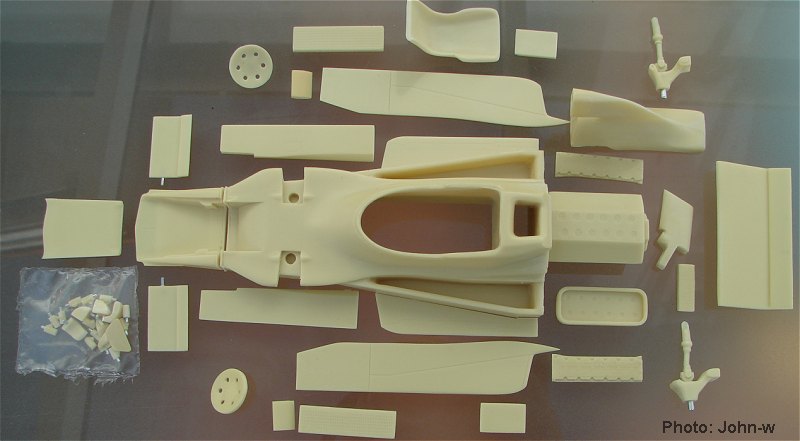 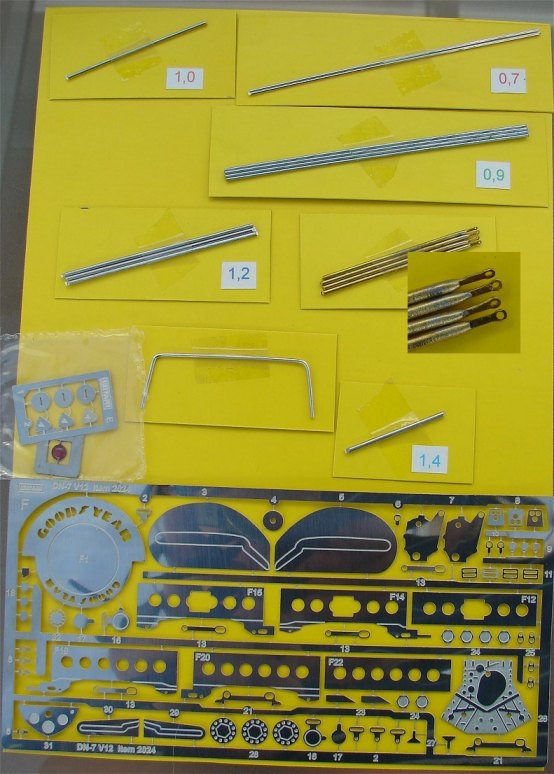 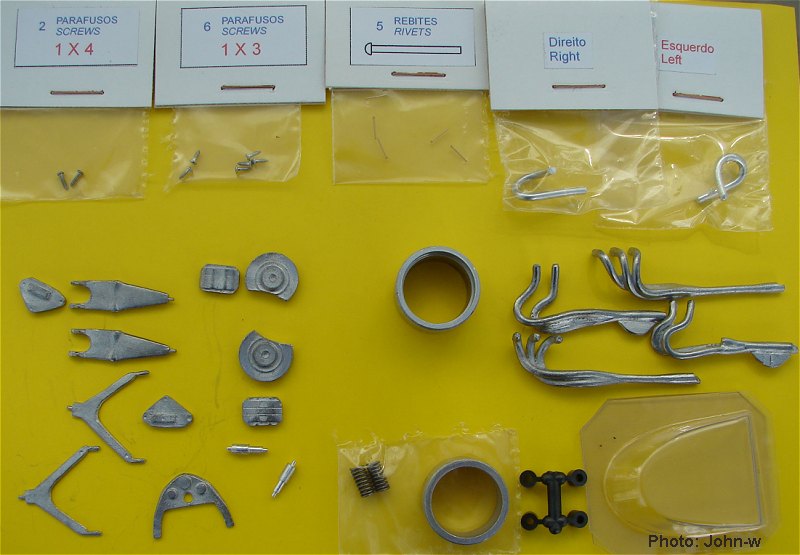 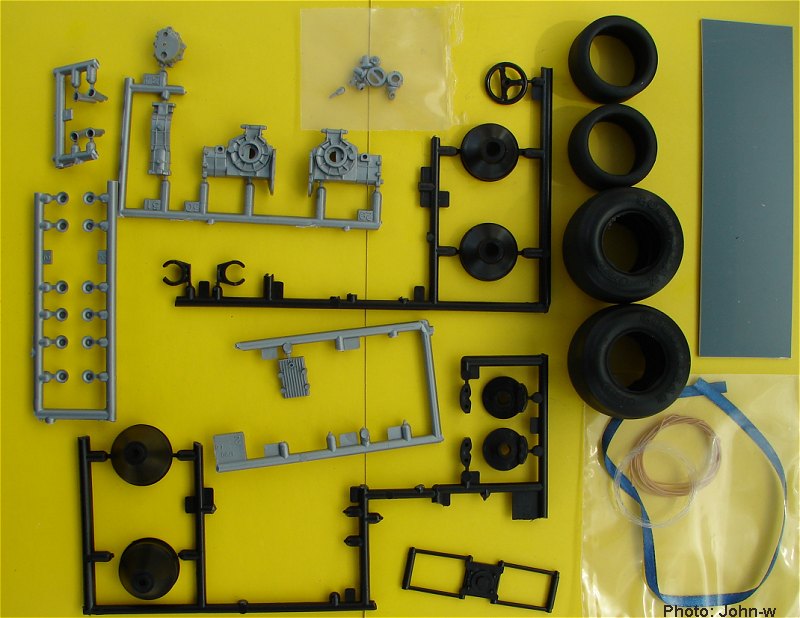 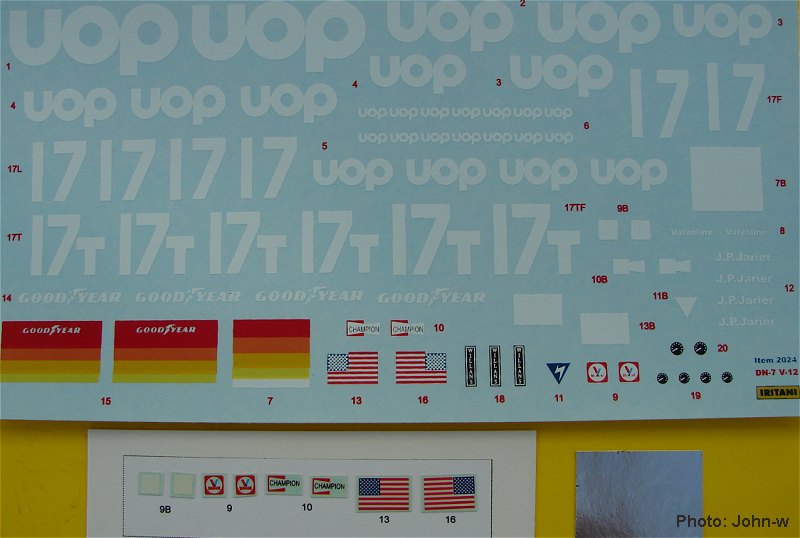 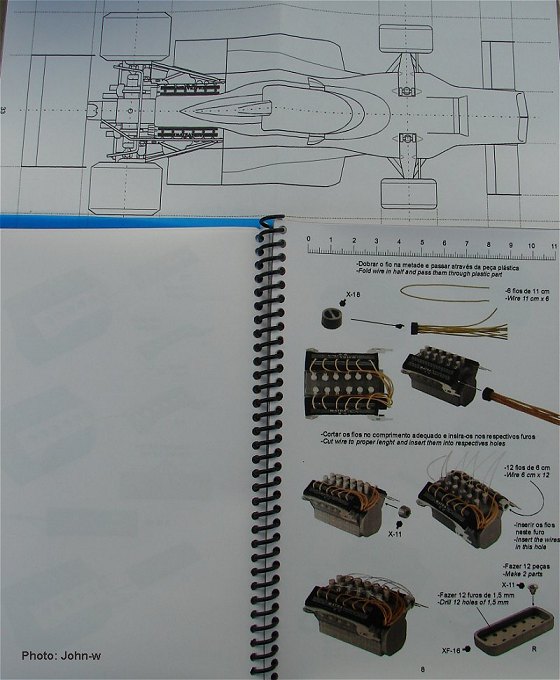 Pretty certain Iritani are still in business but this is their first new model I think in a few years. Personally I like their models - they aren't MFH but don't pretend to be or charge as much, and make nice models of interesting cars. I don't know of a distributor in the UK but they're available from people like Media Mix Hobbies in Singapore, TNT Hobbies / Only Race Cars in the US and Auto Modelers Cafe / AMC Models in Japan.

These companies all also sell Wolf Models, from Brazil like Iritani, and judging by the AMC Models site by what looks like a strange coincidence Wolf appear to have come up with a new release of a Shadow DN8 at the same time as Iritani's DN7!

If you are looking for Shadow models or other mid 70s US relate F1 teams and come across Bill Jorgensen, I'd definitely avoid. He seems to have had the basis for a decent business making resin Indy and F1 models, but they started off pretty poor quality and have gone downhill from there... I paid him for a DN3 conversion 6 months ago, and after a few limp attempts at excuses for why he hadn't send it is now just ignoring my e- mails. I've now found from a fellow modeller in Germany that he's had the same experience. So, as I say, I'd definitely avoid.

Finally, on a more positive note, it's worth a look at AMC Models' site for their own models and those from Roll Out Models, both tend to specialise in more recent but relatively obscure F1 models, while AMC also add a few conversions for different versions of cars from the better known teams. They're not cheap, maybe around 20000JPY plus postage, but they're very good. Nick at Autosport Models (5_diamonds on E Bay) sells the conversions and will get hold of the models, or you can contact AMC direct.

Looking forward to this one John...

Hi john,
How do you post your photos? I used to be able to do it through Imageshack but it doesn't work anymore.

here are some new photos 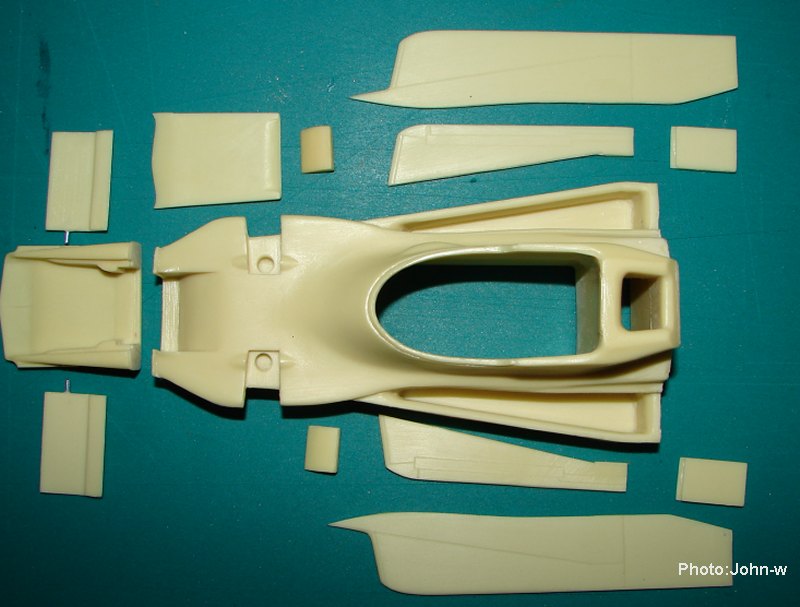 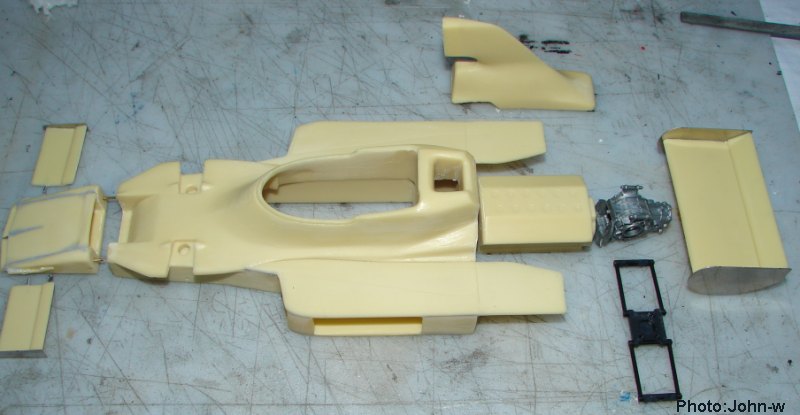 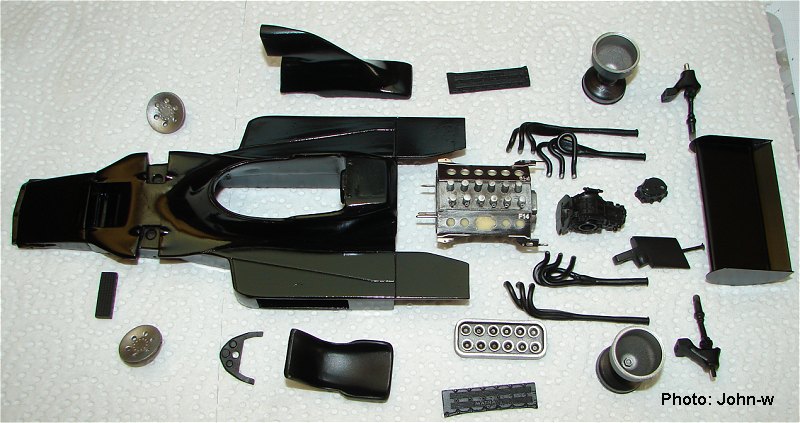 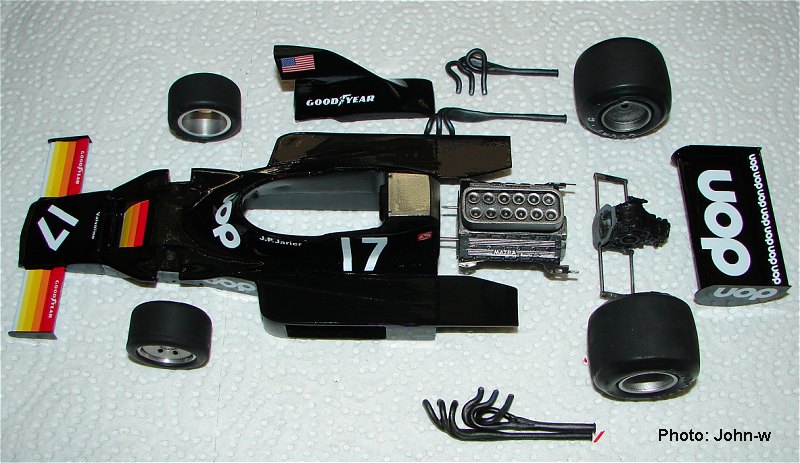 I've only just noticed that if you read the 'uop' logo upside-down, it says 'don'...

the Shadow DN7 is finished now, here are some photos. 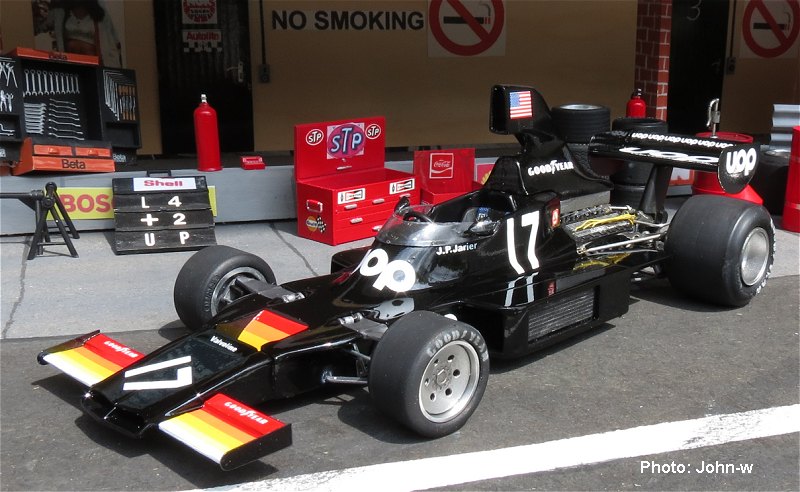 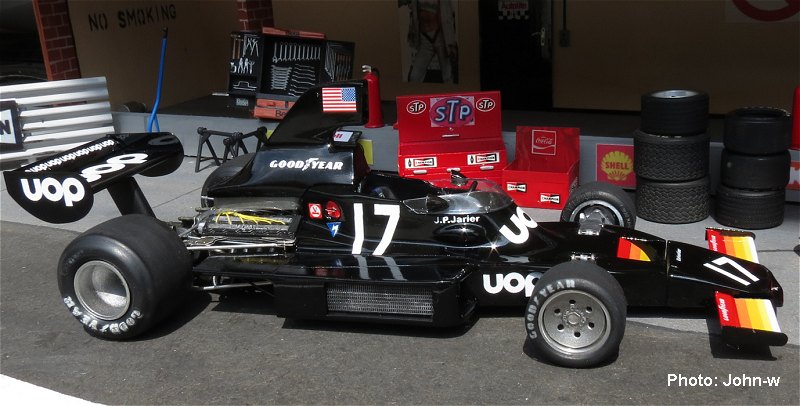 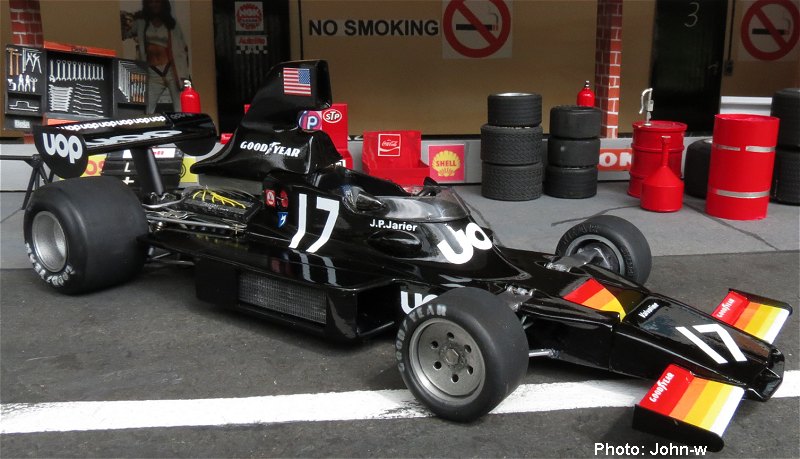 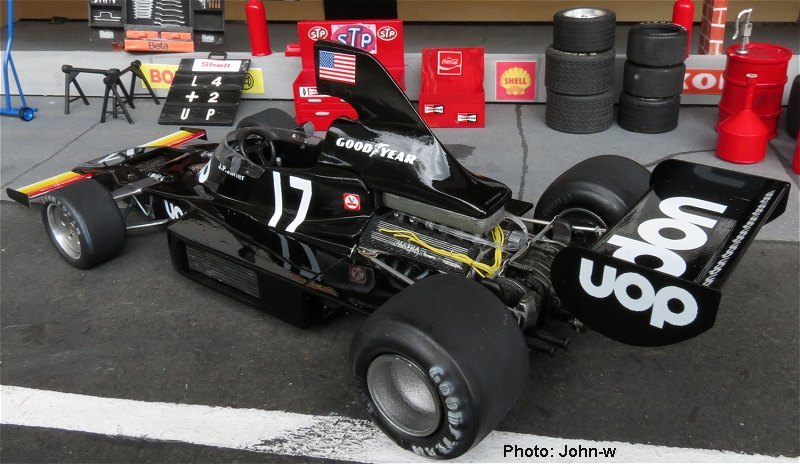 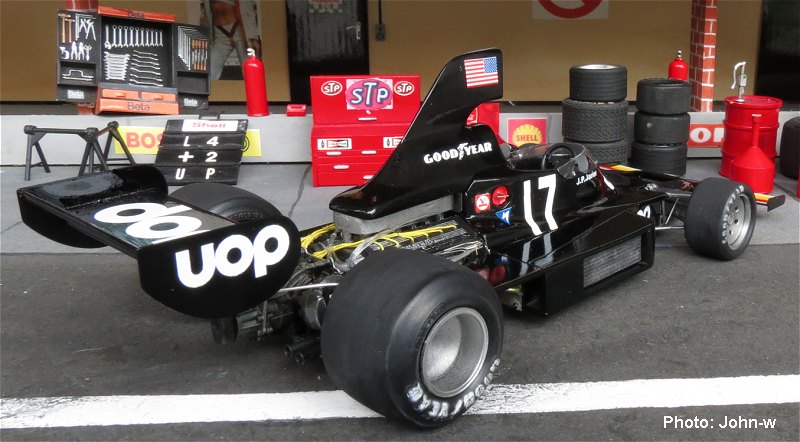 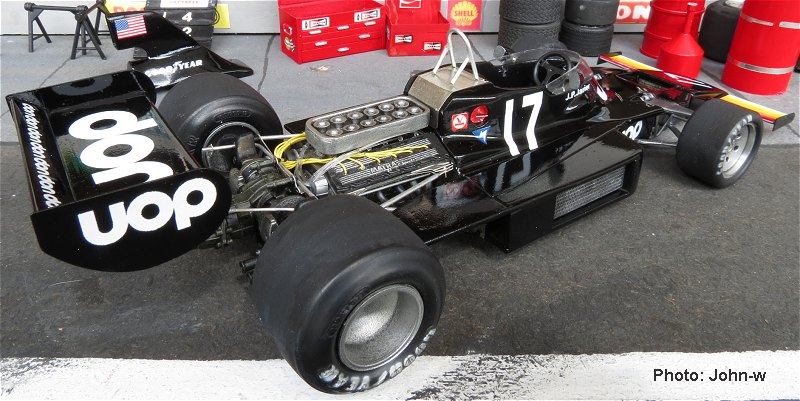 Who sells or how can I get this model in Germany?

I'll apprechiate every hint. Thanks

Edited to say: I figured out that you can order it straight from Iritani paying with PayPal.

Back to Racing Collectables