Despite  committing the beginners mistake of bidding far too early in my enthusiasm to get it, I have become the (very!) proud owner of this: 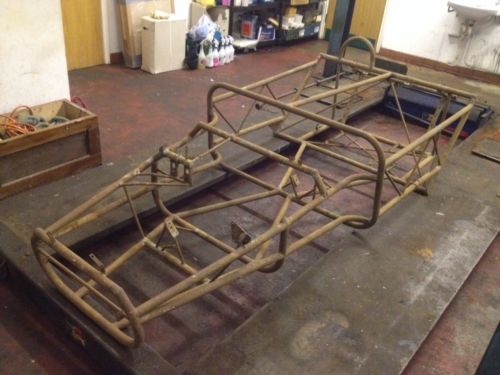 As soon as I saw it I recognised the chassis as being a Yimkin - built in the late '50s and into 1960 by the London firm better known for their tuning accessories for the Minor and early Minis.

I'm not sure how many they built, but I doubt more than a handful. Anyone got any idea?

I compared the chassis for sale with the photo in one of my old 'Special builder' books and it is obviously different, but closely related, so I assumed it was an original which had been modified, but I noticed the lack of front suspension mountings which confused me. 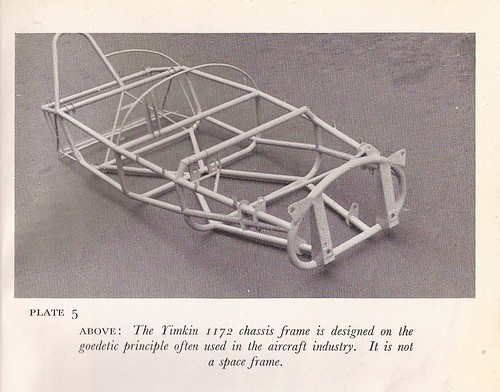 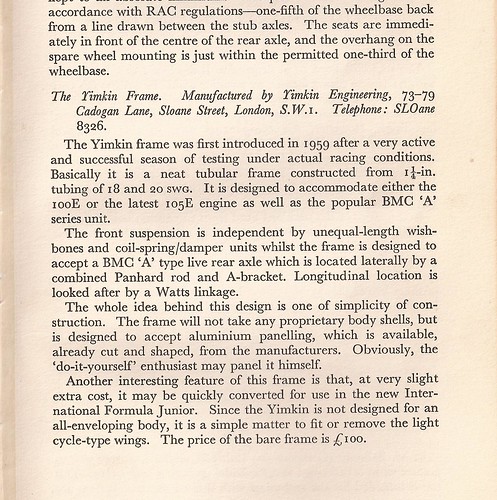 A bit of a web search later and it seems that whilst the original cars were built to race in Formula Junior or as sportscars with cycle wings and single curvature alloy bodywork, the company began work on a Mk2 to take a fully enveloping body but it was not completed....... It seems likely that this is the car I have bought.

Does anyone have any contacts for anyone involved with the company at the time?  If I can get its identity confirmed then I should be able to get it registered correctly down the line.

Currently my thoughts are that it'll take a 1100cc A series as though it would have run in 1100cc sportscar racing against Lotus 11s etc, with the Microplas Mistral Body that's available again.

A proper late 50's racer in the making?