In the WEC thread at the weekend, opinions were split on AF Corse's livery for this year. Some people like it, but others (including myself) think it is awful. 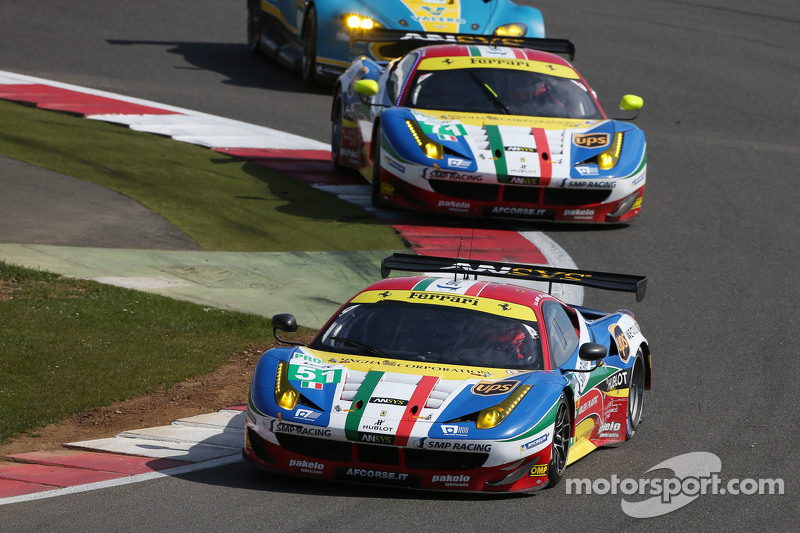 In some ways it reminds me of the terrible MG livery from a couple of years ago, just an absolute mess of colours. 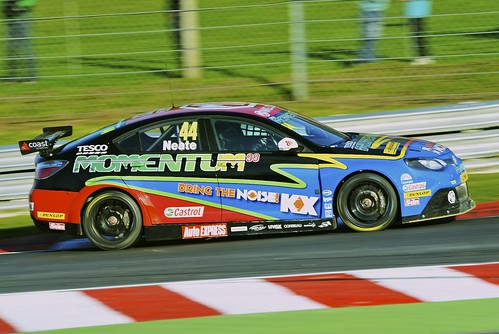 So, what are some of your favourite and least favourite liveries? I know which way this will inevitably go, but try and avoid the obvious JPS/Martini/Gulf/Malboro (what a combination!

For me, I really like the Falken Tire livery from the TUSCC series. 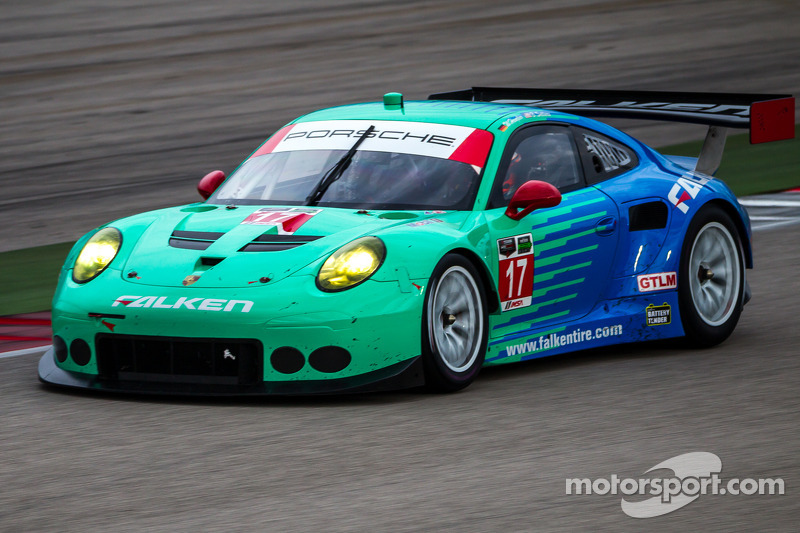 Also, as a kid I was a big fan of the Hot Wheels livery the MG used in BTCC for a few years. I think it was a combination of the flames and the Hot Wheels sponsorship that appealed. 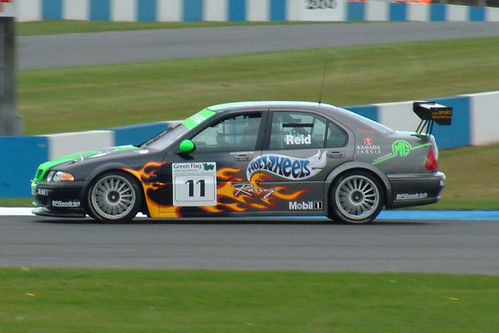 Also, Volvo's colour scheme from the late 90s is a personal favourite.

And how could I not include this? The Forsythe livery from the CART days. No doubt for a few of these beauty is in the eye of the beholder. But looking forward to hearing what you think. 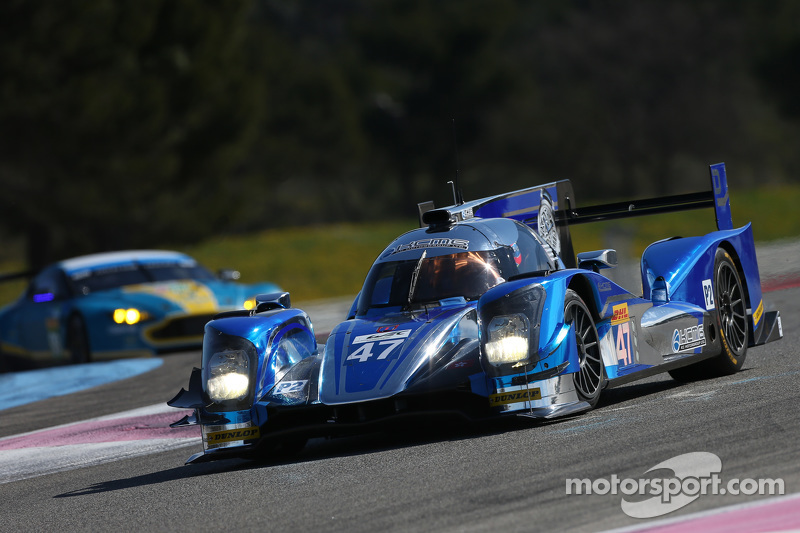 And then there's this. Everything gulf-colored will always be a favorite, like the DBR9, Vantage, and Lola-Astons, but this one was the best- 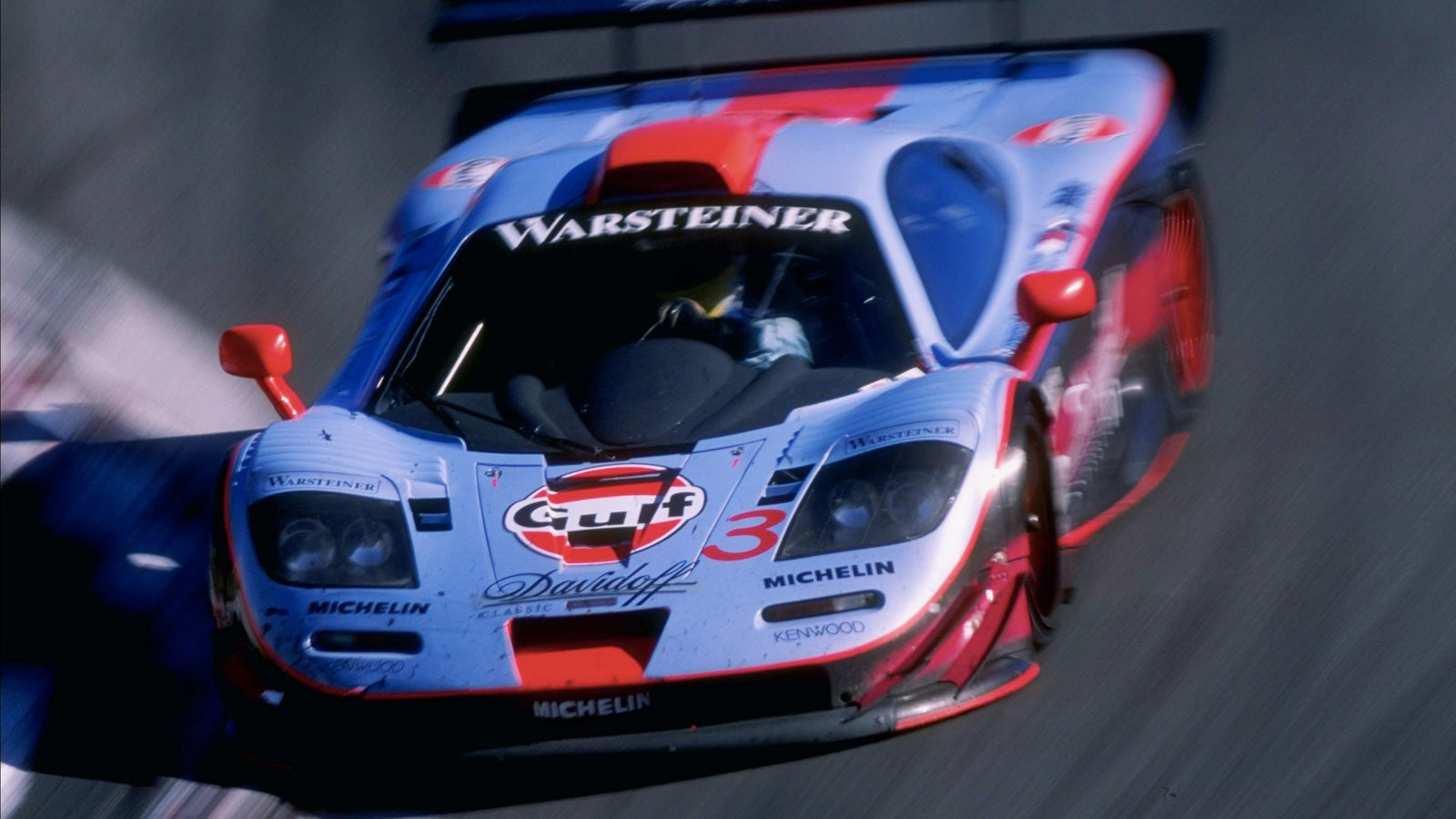 This livery is literally the best and worst.

This livery is literally the best and worst.

Which side did you like more? I remember really liking the 555 livery when they revealed the car in 2 liveries that year, it reminded me of Richard Burns

Everytime I see that from a distance my brain goes "look a peugot!"

Is it just me? 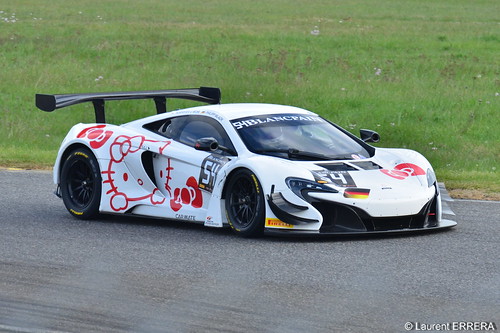 In general I like my liveries clean and simple. 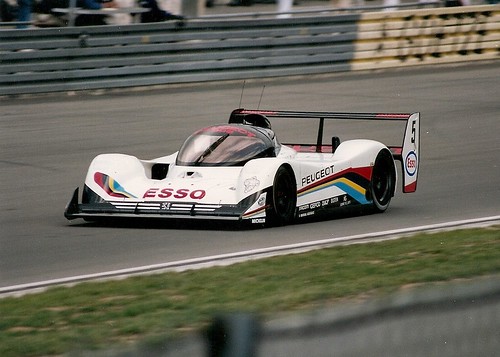 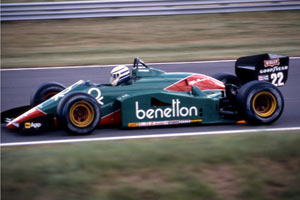 In F1 I think a few of the Gitanes Ligiers and the Martini Brabhams (both the white and the red versions) are unbeatable for me, but I can't go search for images now.

One of the things I like about Formula E is the wide range of liveries: 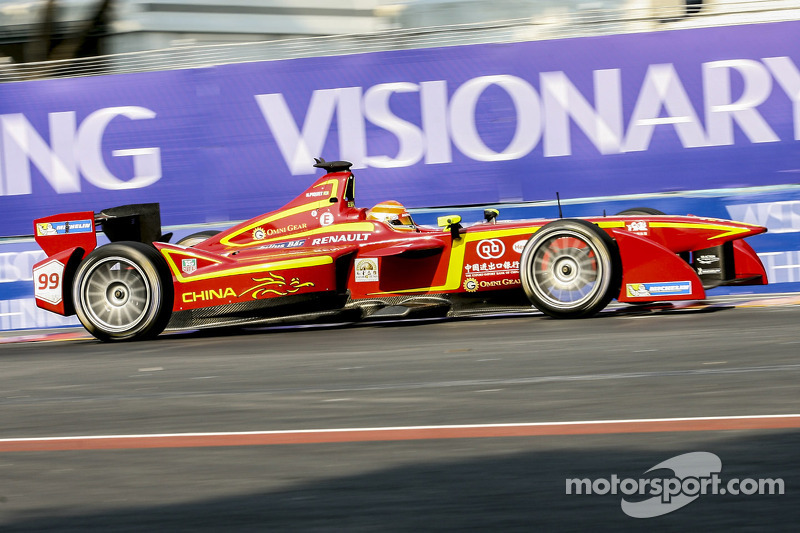 Thinking of the 2005, 2006 liveries that brought Rosberg and Hamilton to their respective championships.

This is the car/livery that got me interested in sportscar racing.

The Porsche 962 would also be an interesting example. It lasted so long and so many teams ran it that you can have just about every livery imaginable on the same chassis. Personally I preferred the '88 factory cars in the Shell-Dunlop colors, but there are other great ones like the Repsol-Brun and IMSA Coca-Cola cars.

BAR's 555 livery was gorgeous, wasn't it? What a shame they were never able to run it properly. Anyway, the above poster makes a good point regarding Richard Burns - I always loved the WRC Subarus:

Gonna add this as well, just for the sponsors 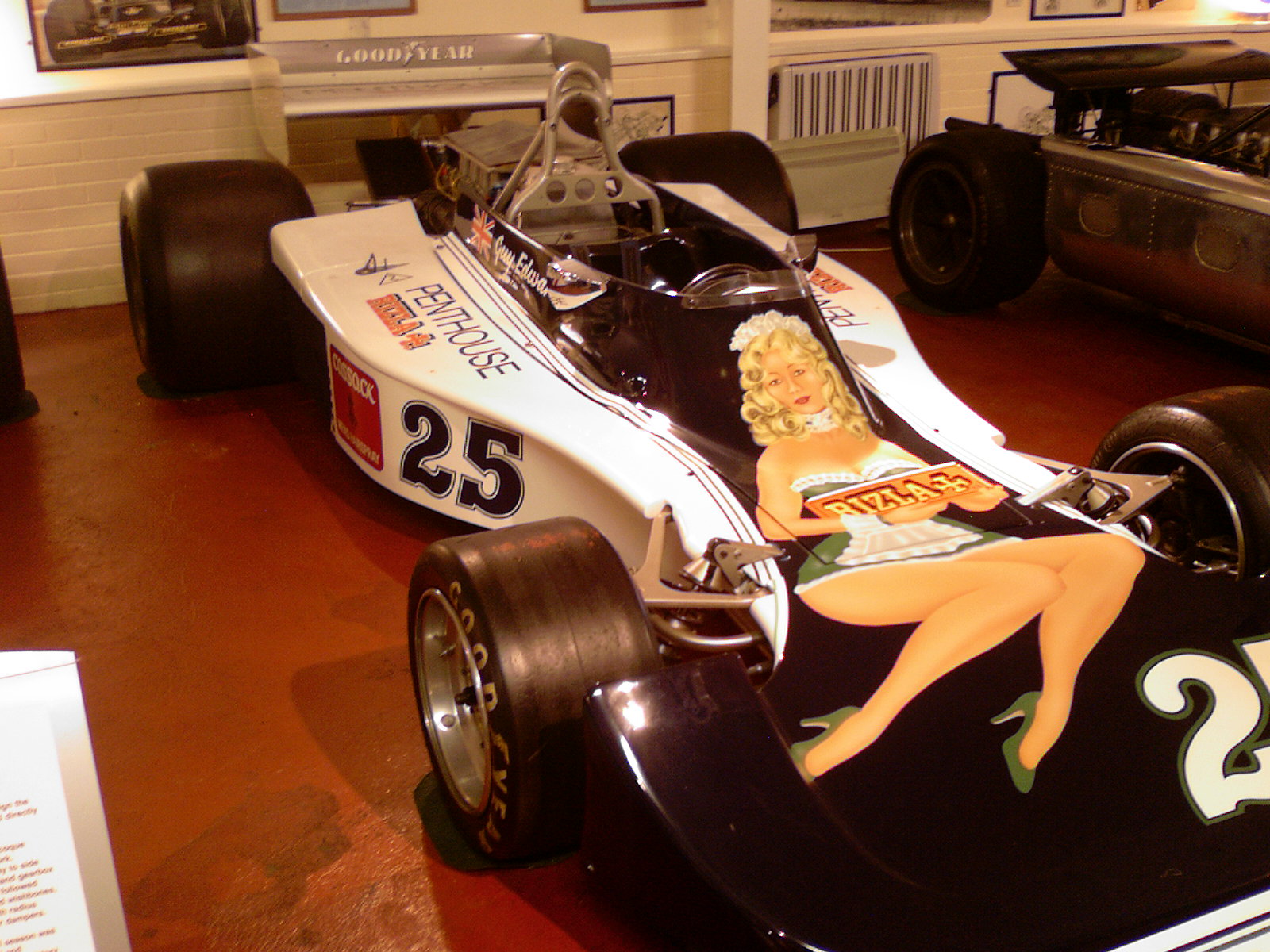 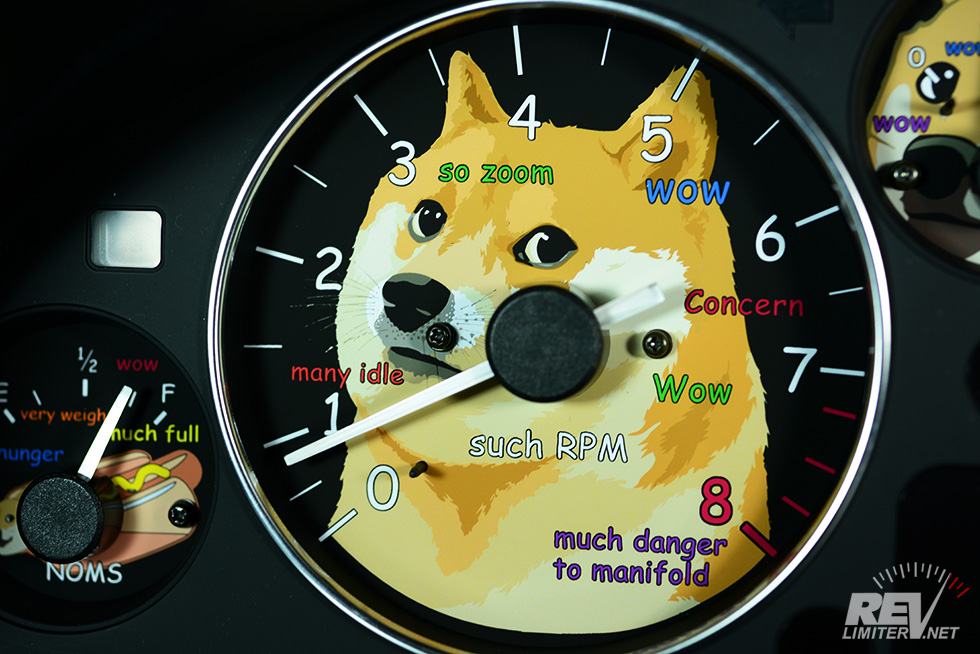 The first few times I saw Kruuda's liveries I got shocked (horrified)... but then I got used and, now, I love them

One of them, there are many more: 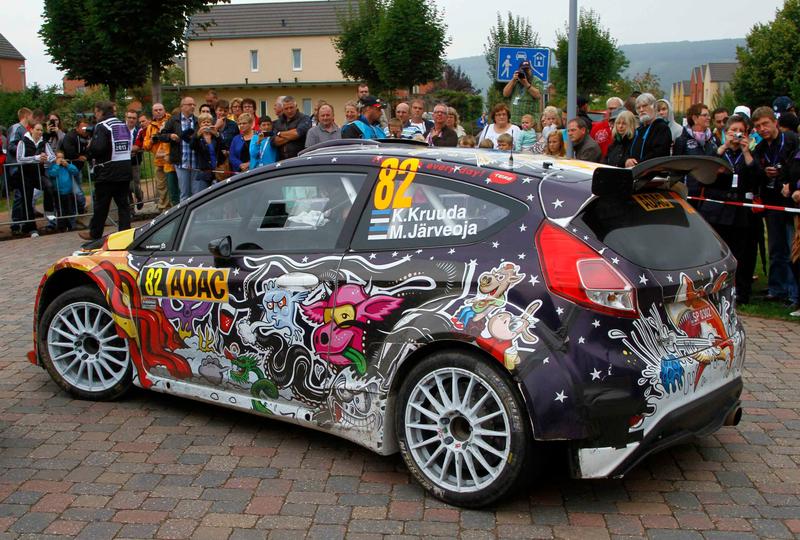 All unique, all different. Most of them classic.

I think this is a supremely cool colour scheme 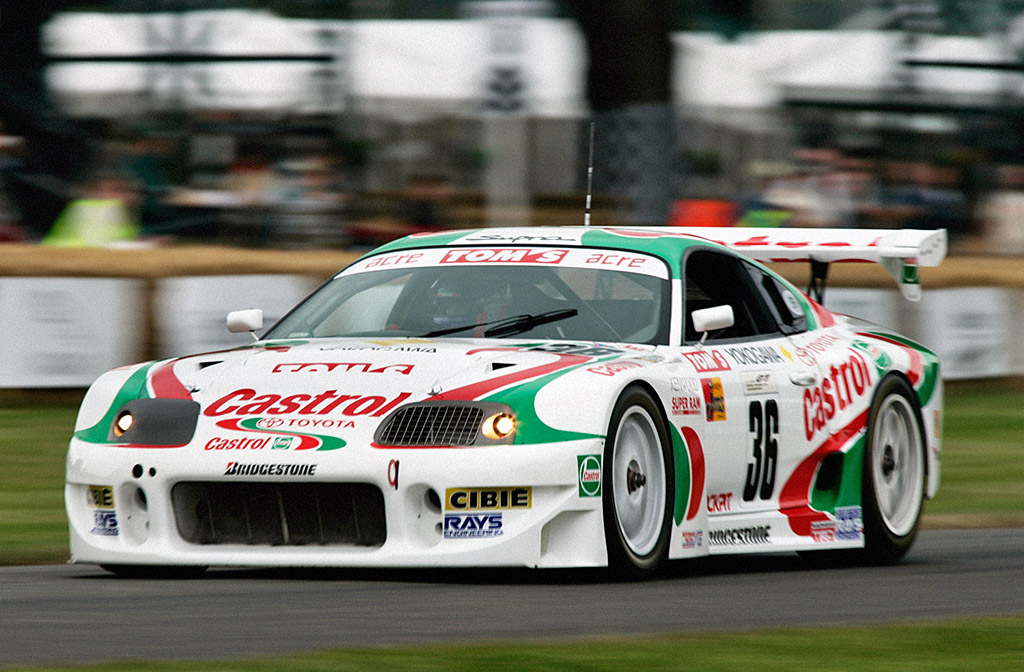 I'm having trouble posting images but the 92 Brabham for me is a bit of a shocker, the big pink front end, was that because they started the season with a female driving it ?

Also I'm a bit of a traditionalist when it comes to Williams and having a red car is a bit of a no no but I do like the FW20 and 21, I think the livery is a bit more refined on the FW21 and like the touch of blue at the rear. 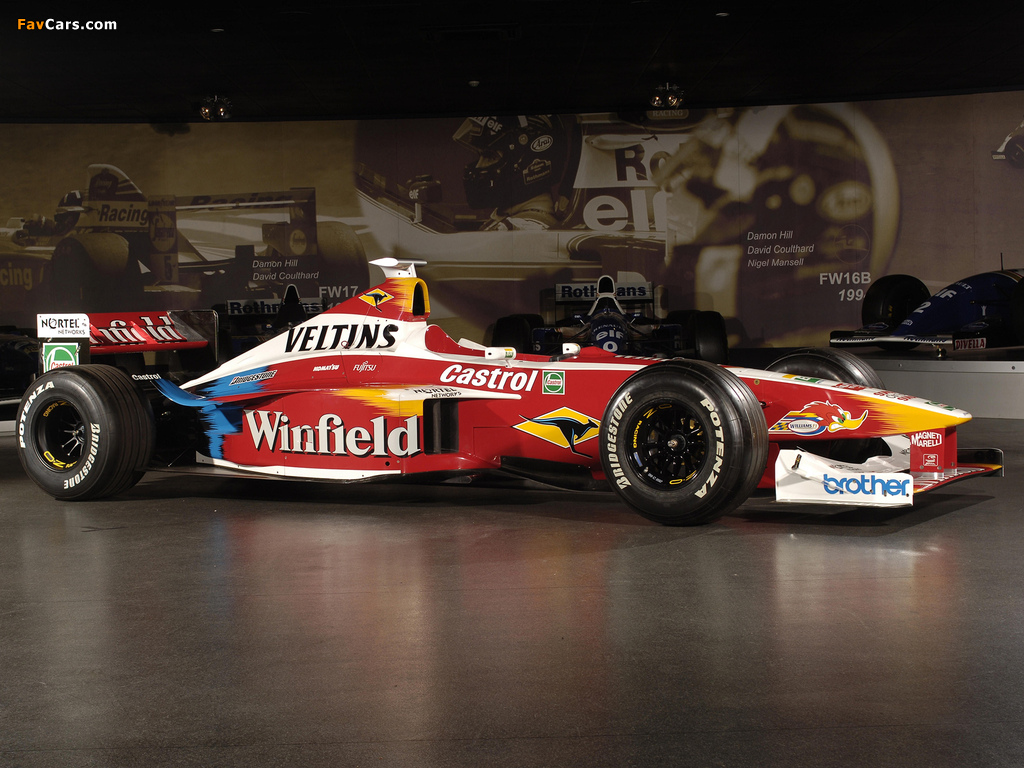 I used a different browser

I always quite liked this one as well, simple but effective.

I always liked this one as it stands out.If only McLaren could get Jagermeister as their sponsor...

The DW12 may not be that great a looking car, but I think there's been some nice liveries over the past few years.

I liked Franchitti's Cessna and Cottonelle cars in particular.

Dixie's Coca Cola livery from a couple of weeks ago was pretty nice too. 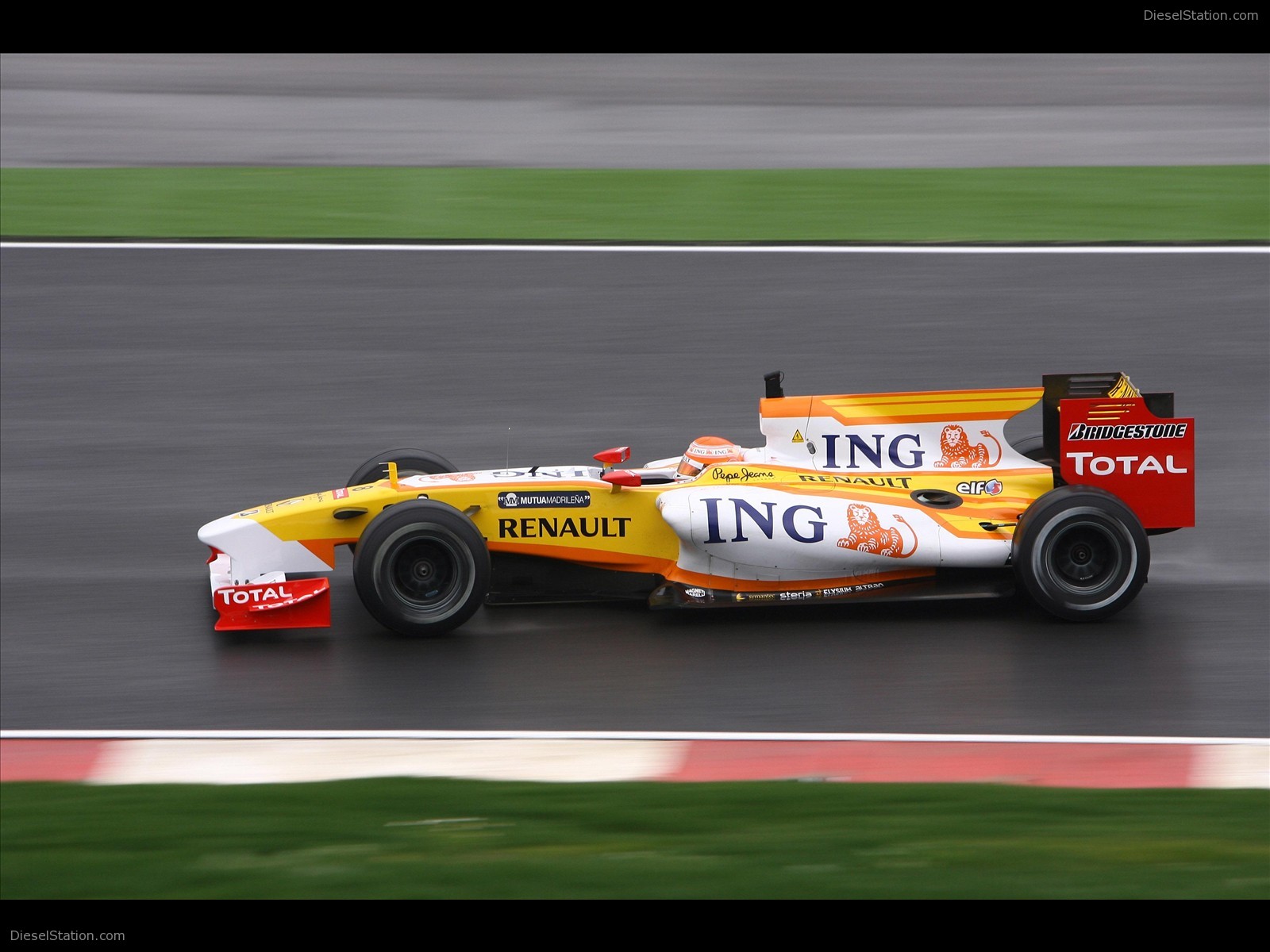 I think he really, really, really liked seeing the "aigo" logo and characters on the side of the '11 car and was crushed when it was gone the next year. Maybe he's that company's CEO?

I think that's the joke! 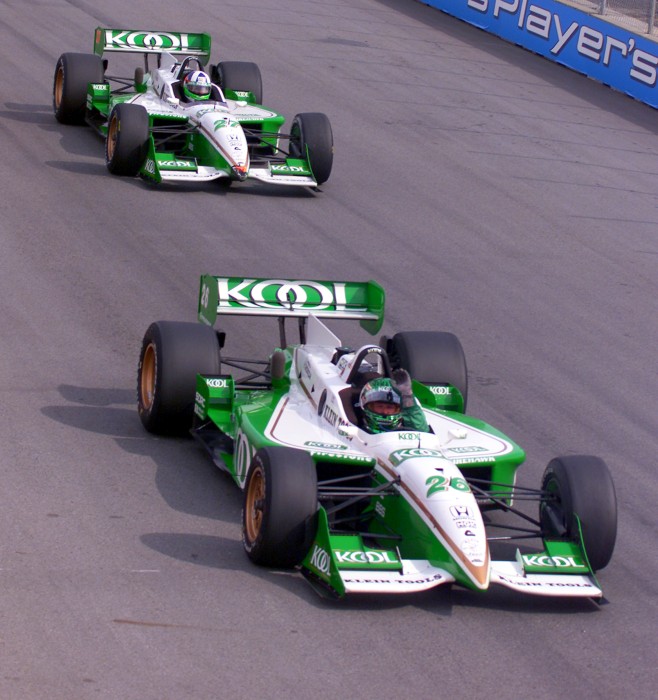 Not much of a NASCAR fan these days, but as a kid...this was pretty badass. Simpler is usually more effective and attractive, imho. I don't really get all the very "busy" liveries you see lately, and with things being so sponsor driven it doesn't really make much sense imho. You'd think the sponsors wouldn't want those busy liveries, as their logos would tend to get lost in all of that. Over time, in any series, most of the best liveries have also been some of the simplest ones... In general I like my liveries clean and simple.

Agree.  People seem to have forgotten this in recent years and seem to think that throwing more and more colours and logos at a car (or a helmet, come to that) is the answer.  It isn't, they are just messy and confusing and make less impact than a simple livery.  The many different Porsche 956/962 liveries from the GpC era were some of the best.

Everytime I see that from a distance my brain goes "look a peugot!"

Is it just me?

I think that every time I see the Toyota. And the Audi and Porsche 'liveries' are awful too.

Then here you go. I shot these at a vintage event at COTA 2 years ago...Amazing event. Almost 600 cars from all eras, any series you can imagine... 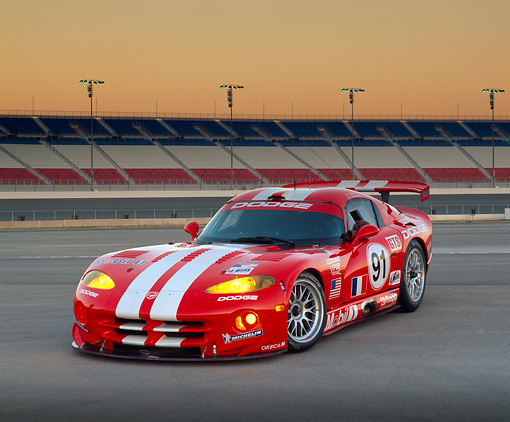 When I was a kid this was the ultimate for me.

Johnie Walker(on the rear wing) and Aigo made the car stunning in 2011, without I think it's pretty ugly

Johnie Walker(on the rear wing) and Aigo made the car stunning in 2011, without I think it's pretty ugly

Haven't watch any other series consistently to like the other liveries, so only can post my fav f1 liveries. The WEC liveries are always nice though for most teams. 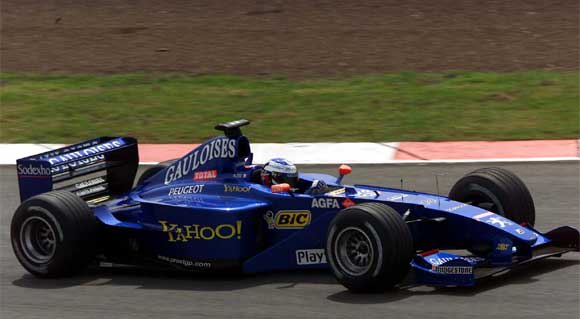 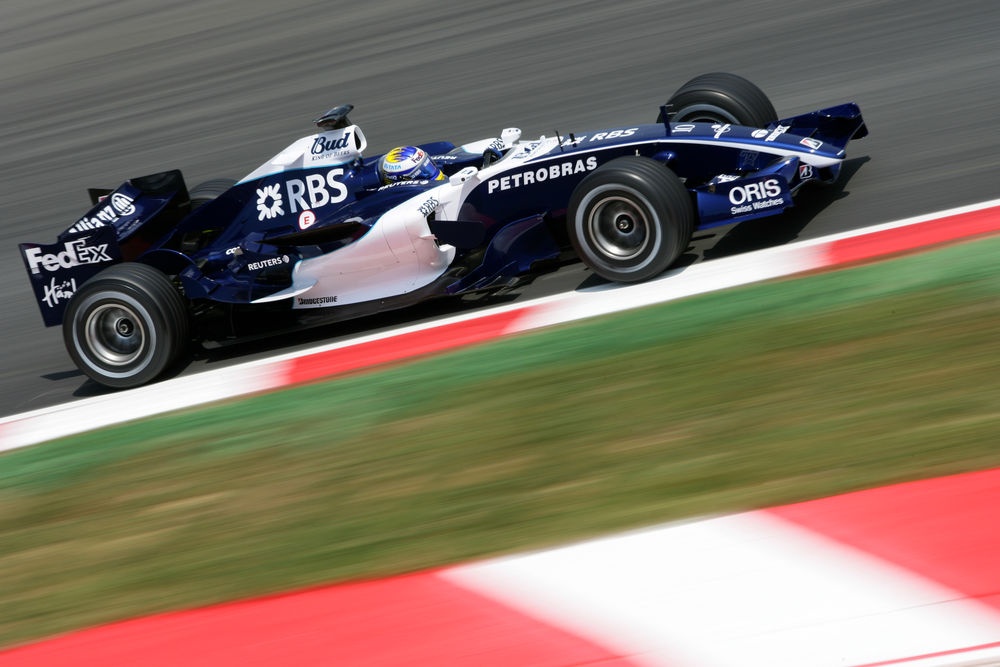 From that same vintage event at COTA, some of these have probably already been mentioned...but WTH...

I'll try to extract more meaning out of this, just because.

AustinF1, that JPS Lotus is an all-time great. Simple, menacing, memorable. Perfect. The  BRG with yellow line of the pre-sponsorship Lotus machines was the best of its era as well. 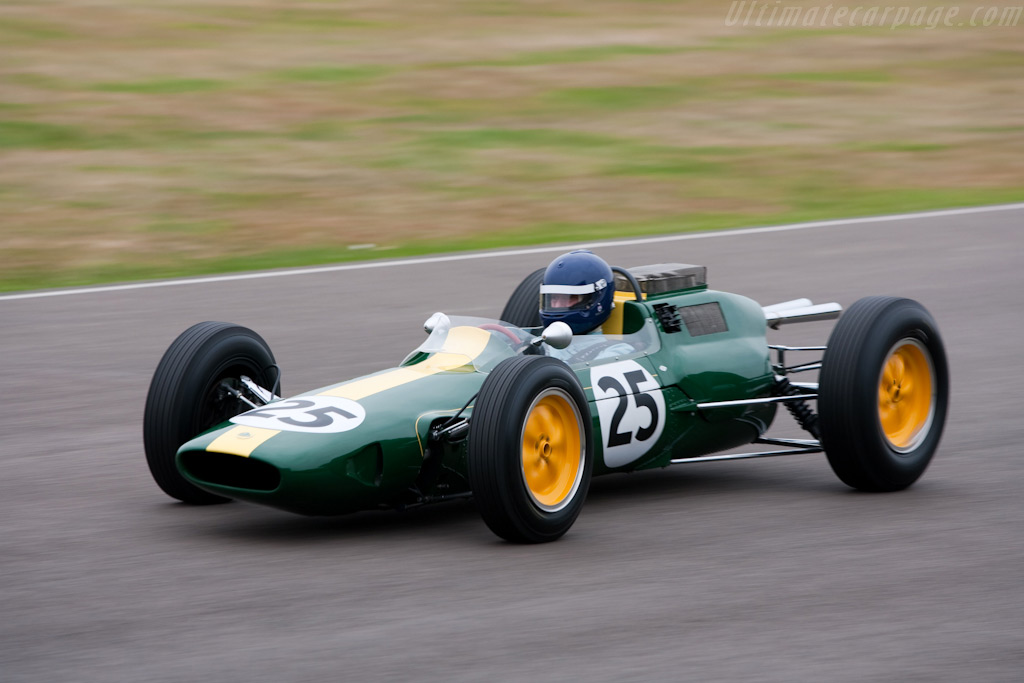 I always quite liked these liveries. 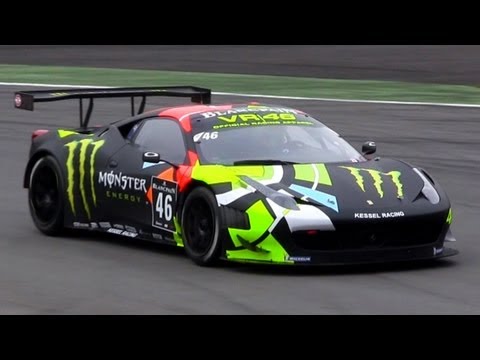 I would quite like the McLaren Honda to be like that Insight Ferrari seeing as their apparel is Black and White.  I can dream.

And let's not forget this bad boy