Hopefully the cars will get names and different driving styles.

Formula E has announced a partnership with Kinetik with the intention to launch a global race series for driverless electric cars. This new championship called ‘Roborace’ will provide a competitive platform for the autonomous driving solutions that are now being developed by many large industrial automotive and technology players as well as top tech universities.

The plan is for Roborace to form part of the support package of the FIA Formula E Championship, with the first race intended to take place during the 2016-2017 season. Roborace is aimed to take place prior to each Formula E race, using the same circuits in major cities across the world. Ten teams, each with two driverless cars, will compete in one-hour races over the full championship season. All the teams will have the same cars however will compete using real-time computing algorithms and AI technologies.

“We passionately believe that, in the future, all of the world’s vehicles will be assisted by AI and powered by electricity, thus improving the environment and road safety,” said Denis Sverdlov, founder of Kinetik and Roborace. “Roborace is a celebration of revolutionary technology and innovation that humanity has achieved in that area so far. It’s a global platform to show that robotic technologies and AI can co-exist with us in real life. Thus, anyone who is at the edge of this transformation now has a platform to show the advantages of their driverless solutions and this shall push the development of the technology.”

The mission of Roborace is to demonstrate that the future of automotive and information technology is already here and can even work in extreme conditions. Roborace believes that there is a lot of independent talents in the world that might contribute to this initiative. That is why one of the race teams will be organised as a crowd-sourced community team open for enthusiastic software and technology experts all over the world.

Further support for both Formula E and Roborace shall come from Charge, an automotive start-up founded by Kinetik that develops revolutionary range-extended electric powertrains for commercial vehicles. Charge will become Official Truck Partner of the FIA Formula E Championship and will provide electric trucks for the drivers’ parade, towing trucks for emergency recovery of the racing cars and shuttles for transportation of guests and visitors of the championship around the eVillage.

“We are very excited to be partnering with Kinetik on what is surely one of the most cutting-edge sporting events in history,” said Formula E CEO Alejandro Agag. “Roborace is an open challenge to the most innovative scientific and technology-focused companies in the world. It is very exciting to create a platform for them to showcase what they are capable of and I believe there is great potential for us to unearth the next big idea through the unique crowd-sourced contest.”

I'm hooked, those races are going to be the new definition of insane

Will there be robot marshals?

I spoke about this a whole ago with reference to actual road relevance. Ben Edwards was talking about Merc's focus on road relevance. We now know how much of a joke that is really.

Roboraces will be fascinating. What a superb support race concept. 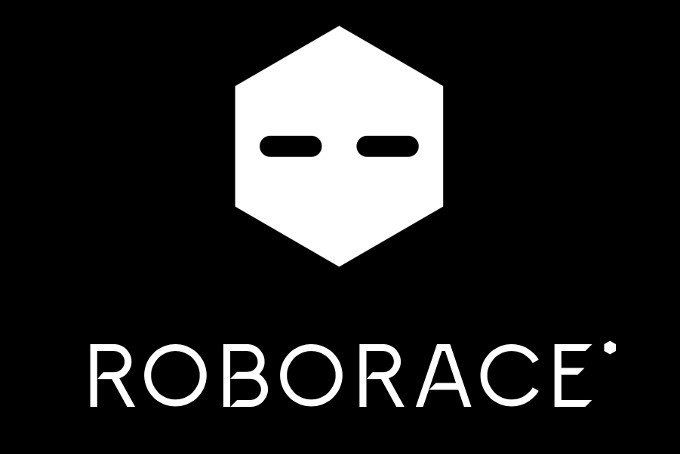 Google to be the title sponsor?

will they have different attack devices?

It's something we've talked about at our house, how cool it would be to have driverless cars (not a spec series like this, but it's a start). I'm excited. Sounds like it will be a lot of fun for those doing the programming.

Roboraces will be fascinating. What a superb support race concept.

As someone who has dabbled a bit (out of necessity during Uni) in AI-related subjects, I wholeheartedly agree. Looking forward to seeing what kind of advancements in technology and algorithms get derived from this concept.

And I reckon some universities will be churning out research papers at full chat out of the results of this endeavor.

but man, do I hate that robodriver 9 - what an asshole.

Not quite sure who or what to cheer for... How do you cheer for an algorithm?

But definitely a racing series that's got road car relevance!

Might not be that quick initially, but will definitely speed up the development of self driving cars.

Goolge and Tesla must be part of this....

Yeah why not? We got cooperate robots racing high tech cars these days -So?...

Google to be the title sponsor?


I'd rather see them in the sport as a competitor!

but man, do I hate that robodriver 9 - what an asshole.

Please don't turn this into a robot thread.

I think they can reach at least the AI of Maldonado....

Like others, I think this would be really fun, novel and impressive to watch, but for me, I'd worry about its long term appeal once the impressiveness and novelty factors wear off.

Wonder what kind of car they will use, some open wheel Formula kind of i presume.
It's going to be fascinating for sure.

I like it. Especially if teams don't get to get close to the cars, just provide software to be uploaded before a race. The car supplier keeps the cars equal and in shape.
To be road relevant, qualifying could be just one lap from standing start. A car often goes where it wasn't before. Quali is both reconaissance and grid placing.
The series could and should provvide a good map of the circuit, but details on grip levels and such would need to be first estimated by teams for quali and then measured by the car.

Let's not make the machines any more clever than they already are.

If current AI in racing simulations is anything to by, the teams will all fold due to insane repair costs before the season is over.

Like others, I think this would be really fun, novel and impressive to watch, but for me, I'd worry about its long term appeal once the impressiveness and novelty factors wear off.

If all goes well then the novelty won't wear off until the AI is so good as to be boring. That means that the series has served it's purpose and can come to a natural end!

Wow, this will be fun

it's the human element that makes racing what it is, the personalities! Senna v Prost, Schumacher v Hill, Hamilton v Alonso...................Algorithm v Algorithm??

I really enjoy the technical side of motorsport but take the people out of it and I couldn't care less. Just no to this.

I'm not sure I quite get what the performance differential is going to be. Surely they'll just finish in exactly the same order they start?  Are they going to be controllable from the pits or what?

So... How does a crash test dummy for driverless racing car look like...?

(assuming the cars would still have to meet crash test standards, of course)

Will there be robot marshals?

Wow, this will be fun

it's the human element that makes racing what it is, the personalities! Senna v Prost, Schumacher v Hill, Hamilton v Alonso...................Algorithm v Algorithm??

Ha! You dont like the concept ergo it will be **** and expensive! How very creative

We rely on algorithms these days - So?

Come to think of it,this should satisfy and hopefully silence all those that want real racing,lots of noise and overtakes every lap!

I wonder if they will let Herbie and Kitt enter.

We already have this in soccer btw, a university cup:

Untill they get the AI really sorted, this should be pretty fun to watch.

It could be interesting as one-time event, but a full series? Meh...

I'm not sure I quite get what the performance differential is going to be. Surely they'll just finish in exactly the same order they start?  Are they going to be controllable from the pits or what?

The difference will come from the different, competing algorithms.

IT's already the case that a load of different companies are trying to develop better self-driving road cars. Whoever can develop the best software for a self driving racing car should have the best chance of winning the race!

I'm sorry, I just don't understand the point of it.

For me, one of things that appeals about motorsport (or indeed, sport in general) is the human drama. The stories of the people involved, how, in many cases, they came from humble backgrounds before entering F1. Wondering how a particular driver will deal with the pressure of being in a championship battle etc. Appreciating the bravery of a particularly skillful overtake. The human element is what makes sport so great.

You won't get any of that in a driverless race, obviously, so I won't be inspired to watch.

I understand this may help improve technology of driverless cars, but even that I disagree with. Seems to be the way of the world at the moment, soon we'll have machines doing everything for us, even things that previously we could do for ourselves - like driving cars.

Will it be with remote control or driven by AI ?

If they don't make the source code for that car's AI available on Github from day 1, I'll be disappointed.

What a stupid idea.

Formula E is unappealing enough without announcing this nonsense as its support series.

This is the best thing I've ever heard.

Have the ideas, display them, but do not try and call it anything to do with motorsport.

All both these series are are sales shops for future engineers, the motorsport element is empty.

Have the ideas, display them, but do not try and call it anything to do with motorsport.

All both these series are are sales shops for future engineers, the motorsport element is empty.

You may be right about the Roborace (wich stills a support competition), but Formula E has more human & pure "Old style" motorsport element than the modern, freezed, closed to the public and engineer guided F1 actually...

Can this be called a sport?


I like the idea. Of they can attract the likes of Google, Tesla, VAG or can be great. If not we'll we the repeating failure of Formula SAE as support series.
This needs serious money.

And come on, fellows!
We know you all cheered for Deep Blue.

It  will make the gridwalk interesting.

Will the flag girls be PCs or Macs?

What will the robot spray on the podium?

What a stupid idea.

Formula E is unappealing enough without announcing this nonsense as its support series.

Eh! Speak for yourself fella! To me I love FE!...It's the future of racing.