More sad news, I'm afraid. I checked the BRDC site to see if they had any details of Mike Salmon's funeral, only to find Mike McKee's obituary:

Very sad news indeed. What a great enthusiast of the sport he was.

Well remembered by those who saw him racing the Elva-Climax in the 1950's.

Well remembered by those who saw him racing the Elva-Climax in the 1950's.

RIP.  My condolences to his family and friends.

Sad news to read this obituary

Someone have the exact date and deathplace about Mike ?

Very sorry to hear this.  I had mentioned that I got the autograph of Maria Teresa de Filippis at the Monaco Historique in 2008.  Also, on the Saturday, I went to the Monaco Fine Arts Gallery and met Mike McKee.  I suggested he come and join us watching at the Casino and he readily agreed.  Here is a photo of Mike McKee (wearing tie) with Barry Boor, Roger Clark, and me 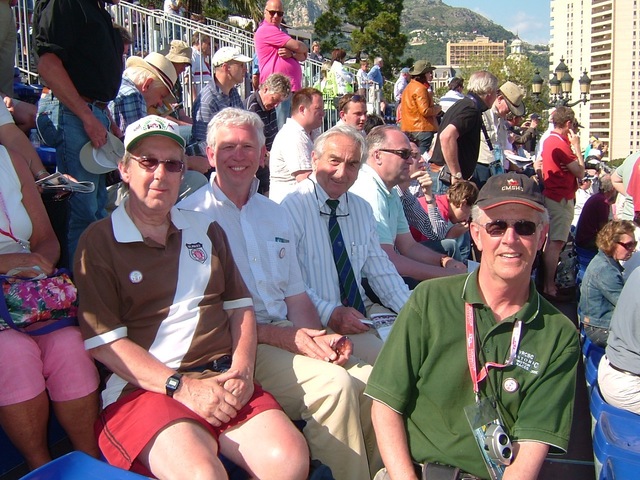 Very friendly guy and lots of stories.  He told us about the following which is described in the BRDC obit..."...Mike retired from racing and in due course moved to Monaco where in 1976 he set up his Monaco Fine Arts Gallery, an occasion which was celebrated by prominent sponsorship of Ronnie Peterson’s March 761 in that year’s Monaco Grand Prix..."   He told us what he paid for this sponsorship...$800.  Here is a photo of a March at the 2008 Monaco Historique wearing the Monaco Fine Arts Gallery livery: 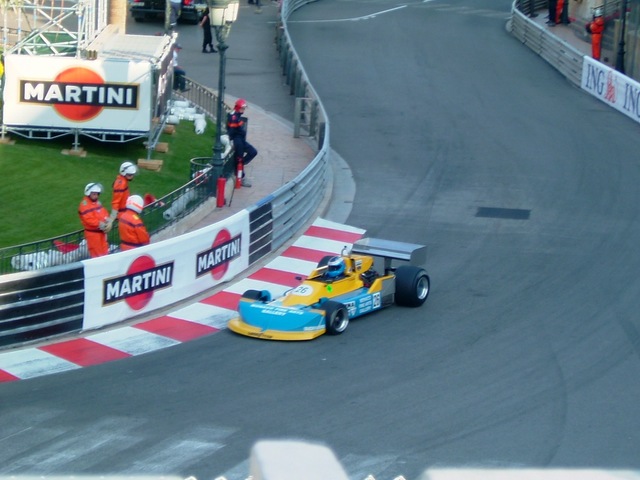 In 2012, I went back to the art gallery, but it had new owners and a new name.  Sadly, they didn't seem to know anything about Mike McKee.

In the link above, there are photos of Mike McKee racing a Jaguar with license PPE101. Here are links to Jaguar PPE101:

Is this the same car? Did Jack Sears own it then? Where is it now?