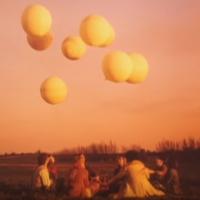 Quoting bug? Text after a quote is being gobbled up.

Can someone feed the quote system please because it keeps eating my posts.

It appears if you have two quote blocks in a post.. anything written after the second block often vanishes when you submit the post. So you're left with...

And what is supposed to be here has forever been lost to the echoes of time.

It's annoying. Is this a known bug? If so is there any hope of it being fixed?

There was a similar problem some time ago with the PM system losing any text after a link had been posted, but that's been fixed.

There was a similar problem some time ago with the PM system losing any text after a link had been posted, but that's been fixed.

Hello this is a quote.

And what I write after will disappear.

Edit: Worked that time. Very weird. If I discover the sequence that triggers it I'll let you know.

Ok I've managed to replicate it.

Something in blocks of text like the below causes the bug:

Turkey is investigating 10,000 people on suspicion of using social media to support terrorism, its interior ministry has said.
They are accused of insulting government officials online, or what the ministry called "terror-related activity" on the internet.

Everything past this point doesn't make the first post attempt. I had to click edit and add it again.
The above has been copy/pasted from BBC News into notepad to get rid of the HTML and then pasted into here. I'm wondering if it's some weird issue to do with carriage returns. Maybe my TextEdit on MacOS is introducing something to the block of text that the forum code doesn't like.
A single line from the same news article quotes fine.
Weird.