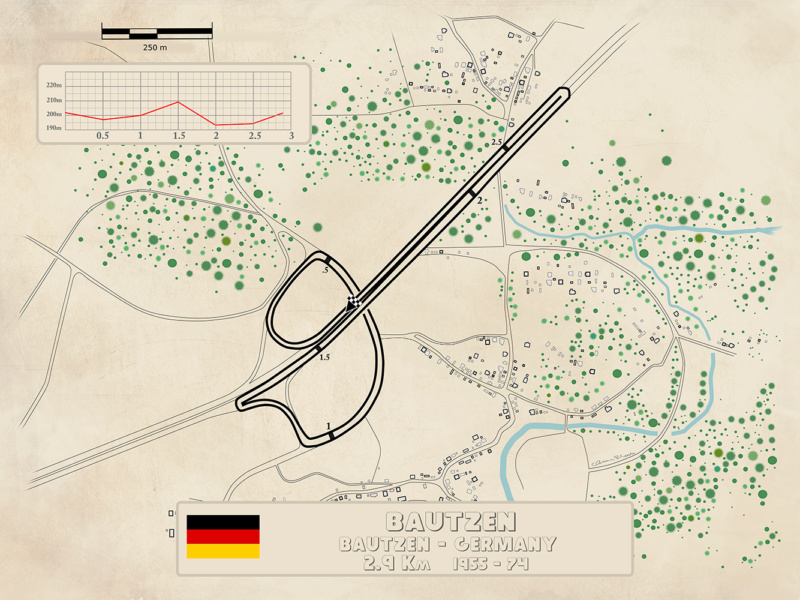 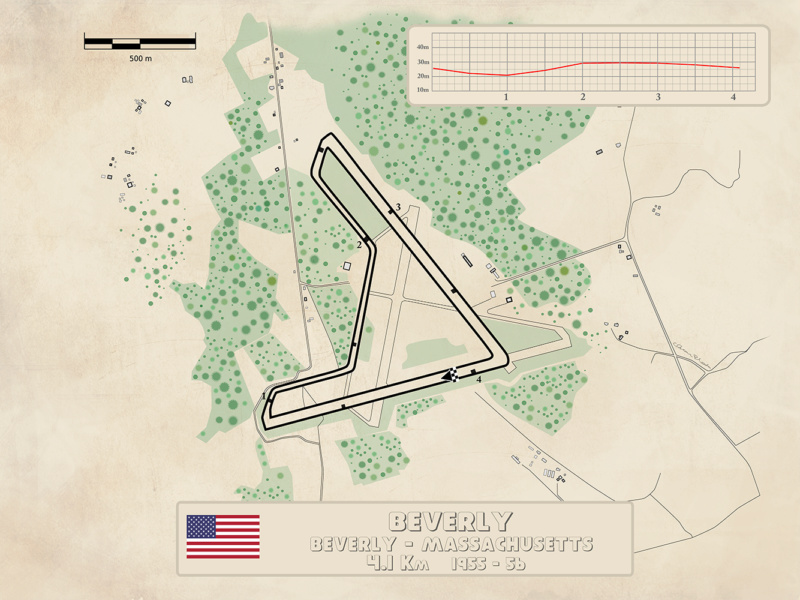 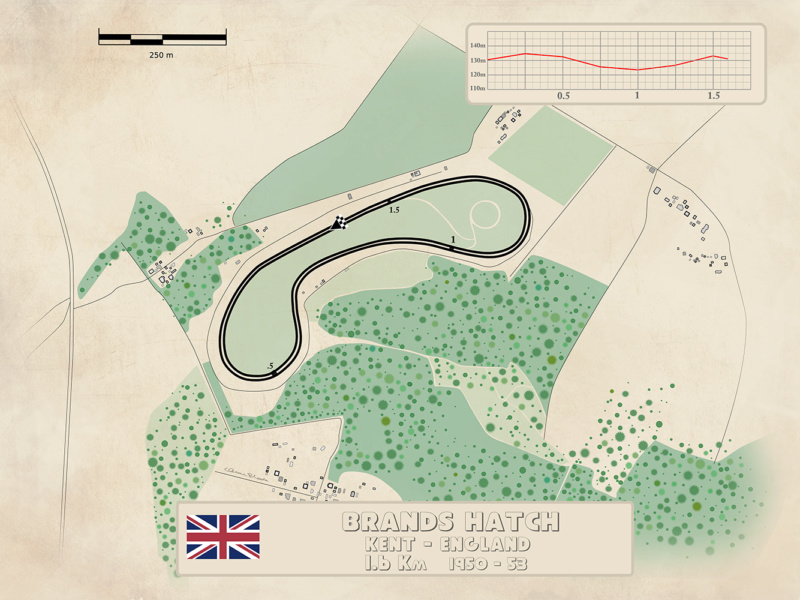 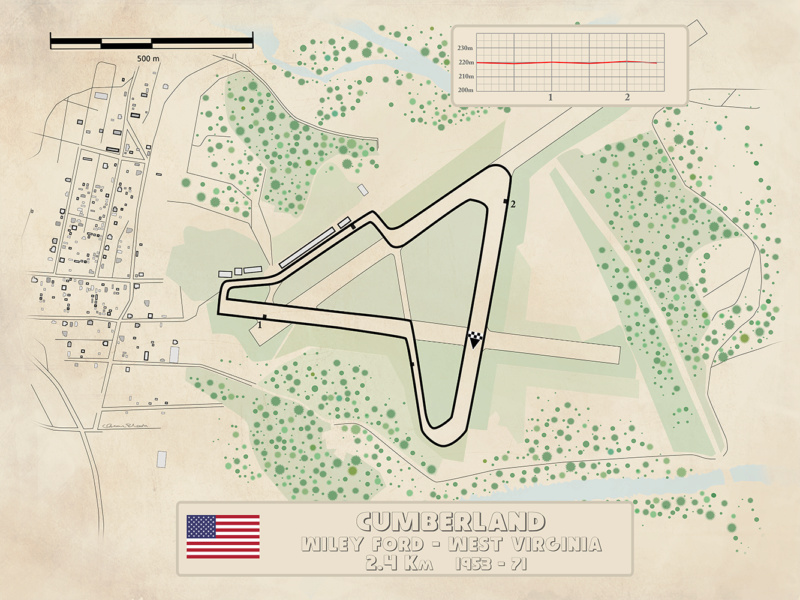 The location for Cumberland is interesting. My Stone Sports Car Racing book lists the tracks location as Cumberland Maryland, but the airport used for this course is actually in West Virginia as indicated on the map above. The book also lists the track owner as the city of Cumberland - pretty odd as the town and the airport are in 2 separate states. Course record in 1963 was by a Cooper Monaco at 1:13, 77 mph. The one track picture in the book shows a nice hill side for spectating on the outside of the track, upper left side where the buildings are shown, so its not as bleak for viewing as many airport circuits can be. 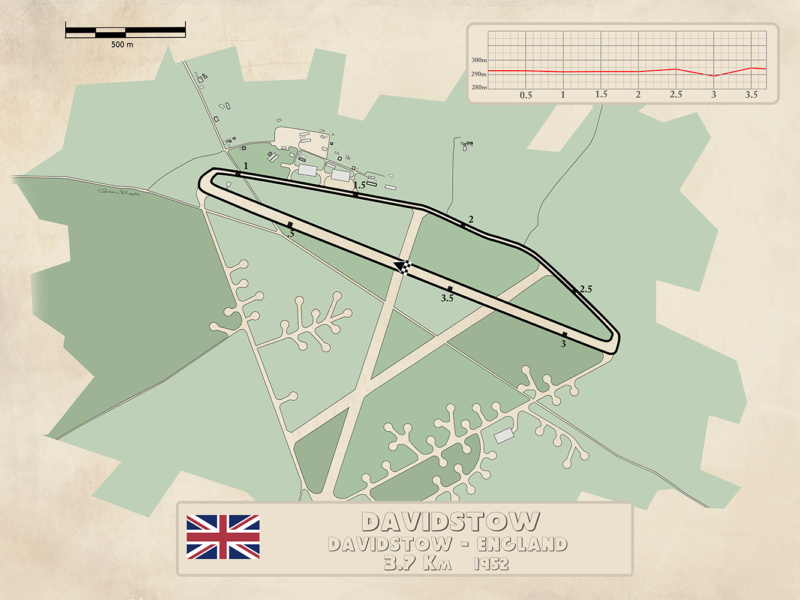 Interesting, although perhaps a little strange that you can get Streetview in places like Davidstow, although not all of it as Chris says.   Bing Maps has an Ordnance Survey map button which is sometimes useful.

What I did notice when Streetviewing ( is that a new verb ? ) Davidstow is that a Duncan Turner seemed to be credited for the photos on the perimeter section so are Google franchising to the locals or does Mr Turner know they're using his pics ?

Chris, I think that in the Streetview app people can submit their own pictures, so I suppose this is the case here. What do I know, though...!?

I know what you mean Wolf but this is the first time I've come across images that  seem to flow and be marked in the satellite view as if they were Streetview, In my experience any images relating to the area are accessed via the little image boxes to the bottom right of the screen next to the Streetview figure. But what do I know 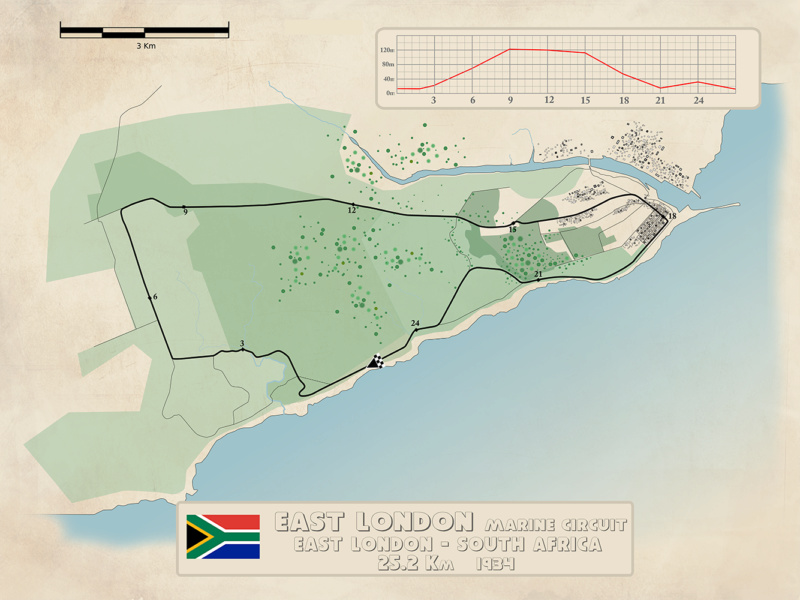 it seems that I got the direction wrong, can somebody confirm direction for this one and 36-39,

From the text of sun on the grid, which has a comprehensive write-up of the races on both the circuits, it would appear that they were run in a clockwise direction.

I love the maps.

p.s. For the 36-39 races it was named the Prince George Circuit.

thank you very much Rob

the earlier post has been changed to show this image

I'm afraid you also have to change the "kilometersteine", Oscar.

ahhh I thought it was way too easy, sorry

but now just given some aerials it looks like there might be some more changes, will study them in the next few weeks and make corrections

As always, Oscar, your diligence is appreciated...

And the fact that you're willing to look deeply at suggestions of others. You do a great job!

If I’m not mistaken the triangle shaped part between posts 21 and 24 became the circuit used for the South African GP in the 60s.

there is always a chance to make mistakes and sometimes the aerials don't make sense to what we are used to see in magazine maps, but when the aerials are from fairly close to the period in question, the roads dictate pretty much what can be used or not, they are not perfect but I will always try to get them as close to what I can, and for that I have to be always open to criticism or to get more views and questions, that is the best way to learn and do a proper job, even now after so many are done, when I get a new picture or something, I will go back and check to see if maybe I was going about it wrong or didn't approached the track well, imagine how it was used , everything helps, specially when sometimes it seems that a lot of info are just passed on without checking, I am not afraid to admit that I made a mistake, there are plenty of people around here that know those tracks far better than I do and their input is invaluable and always appreciated

yes the section  between 21 and 24 markers is what it became the east london, not a lot of changes to the area as expected, but at first glance at some of those aerials and seems that I have to correct some parts, it doesn't seem anything major but since the aerials are from january 1939 it seems logical to go over and get it more closer to what it was, then the inner connection for the 36-39 seems like might need some correction also

It's a terrific thread, a great resource, and I'm sure there are many like myself who look here but don't post. Thank you, ozpata!

Being pedantic, the South African flag is wrong for 1934.  It should be the old Union flag, the one with blue, white and orange stripes, and three little flags in the middle.  Hopefully this link to wikipedia will work
https://en.wikipedia...(1928–1994).svg 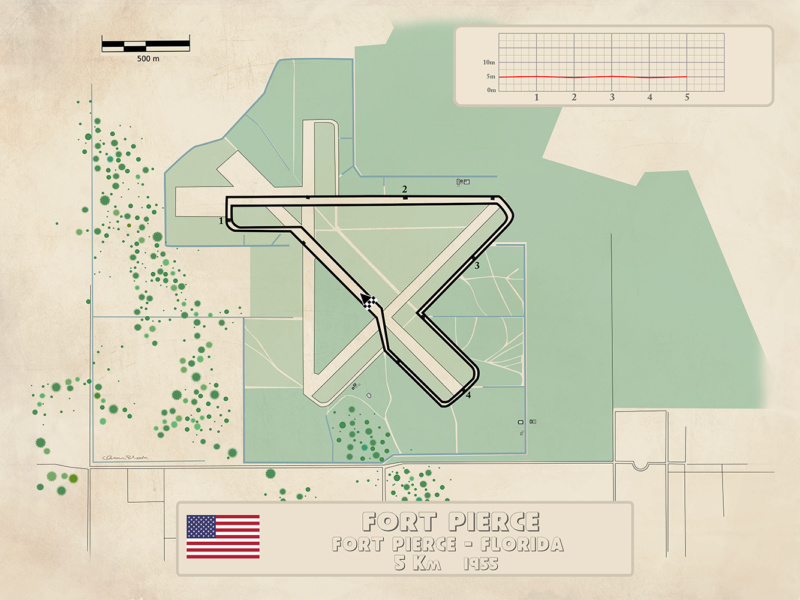