This used to happen a lot after the new forum software was introduced in 2013. It then largely went away - I don't know whether this was due to a proactive 'fix' by the tech team, or whether some other change coincidentally reduced its occurrence. Whatever, it's now back with a vengeance.

What happens is that I click to open a forum page on my mobile (iPhone 6, in the UK) and a 'loading' message pops up. This message remains on screen after I've read the page and clicked to open the next page, when another 'loading' message appears to join the first, and so on: 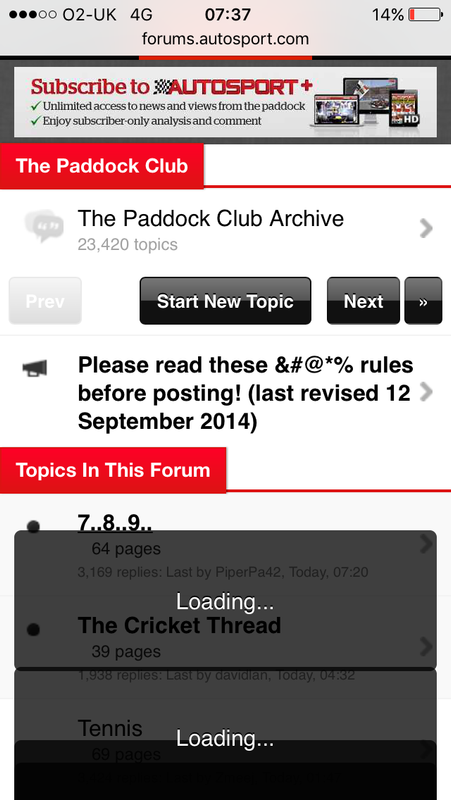 After a while they can build up to completely block the screen, thus making it very difficult to open any new page until I've refreshed the screen. It's a minor inconvenience, I know, but it does get frustrating after a while.

This is still happening: 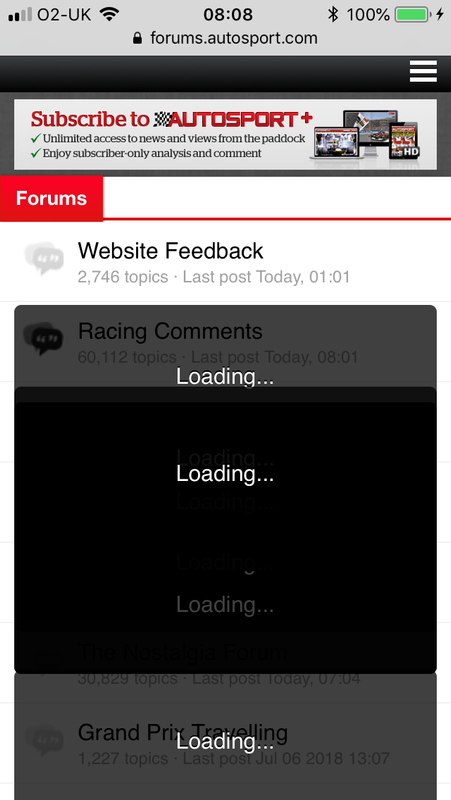 It’s now getting really annoying. Can nothing be done? Even a response would be appreciated.

I'm not sure what's causing this, so I'll look into it.

Thanks for responding, Grayson. It seems to happen every time I access the page that lists all the forums. If I’m on that page and click to go to one or other of the forums, the black ‘loading’ message is still there when I return. Hence when I’m checking out several forums these ‘loading’ messages gradually build up until my screen resembles the photo above. Clicking ‘refresh’ does clear them.

I’ve just discovered that it doesn’t seem to happen when I’m accessing different threads within a forum, but only when I’m on the forum listing page itself.

It does cause me to throw a grump every so often, but now I’ve calmed down I appreciate that all I have to do to clear it is click on ‘refresh’, and that you undoubtedly have more important things to worry about than this minor problem.