Don't start me on keyless cars!!  Such a daft idea, just the wet-dream of some auto electrics designers and marketing people, it is of no benefit to the car owner at all and of course the poor bloody owner still has to pay for it whether he wants it or not.  Mercifully, the early efforts at this which were seriously irritating have been somewhat watered down so that now you have a thingy which you push into a slot.  Isn't a key cheaper?  But just not technofrolic enough...


I love keyless start. If I’m at my parents’ I love borrowing my dad’s Focus. There’s a few reasons, but one is that I can leave the key in my pocket, press the unlock button through the pocket, and get in the car and start it without fumbling with anything in my hand.

The only benefit of having a key is as a security measure. If that can be achieved through other, more hands free means I’m all for it. I wish my own Elise was keyless, though I guess the electrics would have to be more reliable lol.

I am uncertain about the "remote start" feature of the Mustang and other modern cars, I guess it is useful to start the engine, run the AC and lower the windows before getting into the car on a hot day I suppose...

I would suspect that the remote start feature is more for colder climates, where the car has to warm up before driving anywhere. Not so much a problem in Oz.

Says the man with cloth seats. Mine are some sort of hybrid of leather and melted thigh skin.

It's where there is a screen and a camera instead of a glass mirror.

No pesky tall passengers or head-rests to get in the way. 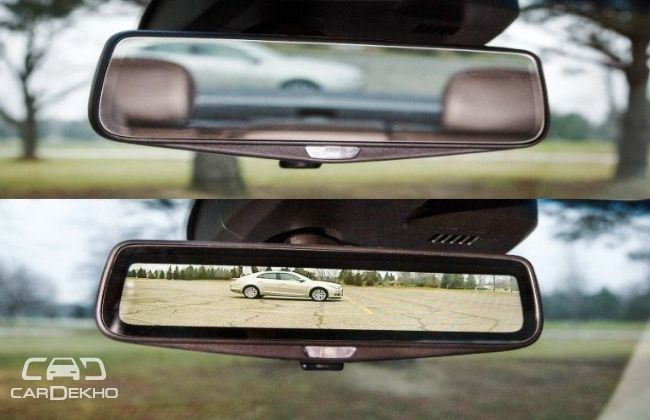 What more important issue could you have than security quite honestly?

What more important issue could you have than security quite honestly?


The security is still there. Or did you think anyone could just open the door and start it up?

The security is still there agreed, but what if you lose the fob in the car, this is entirely plausible.

What if you lose your car key? Same problem.

The security is still there. Or did you think anyone could just open the door and start it up?

Umm, did you watch that episode of Top Gear where Mr Clarkson hopped into Mr Hammond's Challenger and proceeded to park it in the middle of the street?

(perhaps that was not authentic like the rest of top gear

Apparently some cars can travel anywhere from 400m to 10 miles without the key inside.

Not to mention cars that won't start due to EMR interference..

http://ieeexplore.ie...cument/6931095/ "Easily jammed"  I can't remember theexact link but I recall somebody who had many problems with their BMW because there happened to be a strong EMR source near their multistorey carpark (IIRC!).

The Ford Mustang below seems pretty typical of a modern car, now with 10-speed auto, digital dash, optional triple-mode exhaust (or with standard "loud all the time" exhaust

(Hooligans also love the factory line lock feature!) Though (AFAIK) it doesn't have the brake-by-wire or steer-by-wire of slightly higher end cars like the Alfa Giulia or Infiniti Q50 respectively.

I am uncertain about the "remote start" feature of the Mustang and other modern cars, I guess it is useful to start the engine, run the AC and lower the windows before getting into the car on a hot day I suppose...

Now with etched-on cylinder lining rather than iron liners for an extra 60cc of displacement, plus a bump in compression to 12:1 from 11:1, and 500rpm bump in rev limit to 7500rpm with Mr. Nicolle's non-preferred double overhead cams.

Seems pretty sophisticated for a mass produced Ford V8 street engine to me.

19:00 Fiddles with some toggle switches -- there's a drag mode!?  Some kind of seamless shift mode !? (unless I misunderstand)

That 10-speed auto sures seems to make it perform like a car with more power than it actually has... Very clever.

The Hyundai Genesis G70 is another excellent example of a modern car with all the bells and whistles.

Hyundai slacking off with an outdated 8-speed auto mind you, a "luxury car" yet two whole ratios down on a Ford -- unbelievable!

The Lincoln Continental is also pretty impressive in terms of having all the new-fangled electronics onboard -- something like 30 or 40 way adjustable seats IIRC, including individually adjustable left and right thigh supports --- how did people ever make do without that!?

[Is there a good reason it doesn't come on the RWD platform of the Mustang?  On the other hand, of course it's unfair that it receives criticism just for having a transverse engine and being based on a Taurus(?).]

The big Caddy CT6 also seems like a home-run in complication and features galore.

The firm sporty ride, despite beating the handling of Bavarian "ultimate driving machines", may put-off traditional Cadillac buyers however.  The available of a eco-turbo inline four cylinder in a big Caddy also seems an oxymoron.

Digital rear view mirror is a nice touch. Albeit it gets criticized for being rubbish, which is a shame.

The "glitchy pedestrian detection system which twice locked up the brakes when no one was around" sounds like fun too -- who wouldn't want a car that suddenly slams on the brakes by itself for no apparent reason?

quieter on the highway at 70mph, than the older front-wheel-drive Cadillac XTS.  Good work there!

But they say Italian GTs with such driving positions are "purpose built for long journeys"...  Lies?

Not for 99% of the world. Though many do it because it looks 'cool' Drrrrrr!

Not for 99% of the world. Though many do it because it looks 'cool' Drrrrrr!

Yeah, but the Mustang has a lot of cams and far less power. Though revs nice. And is such a big lump with a fairly high mass way up high.

Ford are a contradiction,, they had the little Windsor which is really too small, then they went to the Cleveland or even bigger M lumps, back to the Windsor because it fits in cars and they handle better with less weight and now the various huge Quadcam lumps. Which sound nice and still go ok, but is outpowered by the pushrod opposition. THAT is why there is so many LS engines in Mustangs!