One year and four months ago, fourteen members of this forum gave their best shot at predicting the drivers who would line up on the grid today, the first race of the 2018 Formula One season.

Of these 14 participants, Marklar was the best. He matched 16 of this season's 20 drivers to their current teams, and also included Valtteri Bottas in his 2018 lineup (albeit at the wrong team – the deadline for entries at this game ended shortly before Rosberg's retirement announcement).

Below is the list of full results, including the average pick as mentioned in the original thread. Just like a year ago, the average pick was better than all except two players. This can be explained by some of the moves being strongly rumored (such as Sainz to Renault), many unchanged lineups (such as Ferrari, Red Bull and Force India), and players tending to predict a few unlikely moves in the hopes of a big points payout.

Marklar was the only player to score over 100 points, with Kev00 losing out by slighly more than a point. Their guesses were similar in many respects, but there were two key differences:

When the entries were submitted for this game in November of 2016, Manor was still participating in races. The fact that they did not make it to 2017 was somewhat of a surprise, as shown by the fact most players expected them to make the grid in 2018. Only two players – TurnOffTheLights and Anderis – predicted that, and were rewarded with five extra points for that guess, which helped them into 5th and 6th place in the standings, ahead of players who had more exact picks.

19 of the 20 drivers racing today were picked by at least a few of the players (Sirotkin and Räikkönen were the most unpopular of those drivers, with 4 and 6 players picking them, respectively). The only driver who was a complete surprise was, of course, Brendon Hartley. The drying talent pool of the Red Bull Junior Team was noticed by most players. Few expected Sainz or Kvyat to continue at the team. Many of them expected Lando Norris to be given a seat at Toro Rosso, although that became much more unlikely once he became affiliated with McLaren.

Two players – TurnOffTheLights and Anderis (once again!) – made a bold choice in picking two unknown drivers for the team. They were the only two players not to pick Pierre Gasly for one of the seats, which translates into a loss of roughly five more points for each of them, but they did get five points each as Hartley was not explicitly named by any of the players. It seems like their strategy was to bet on Toro Rosso being sold, but it didn't work out that badly for either of them.

Here are some statistics on each driver on the 2018 grid:

As for the most popular driver who does not appear on this year's grid? 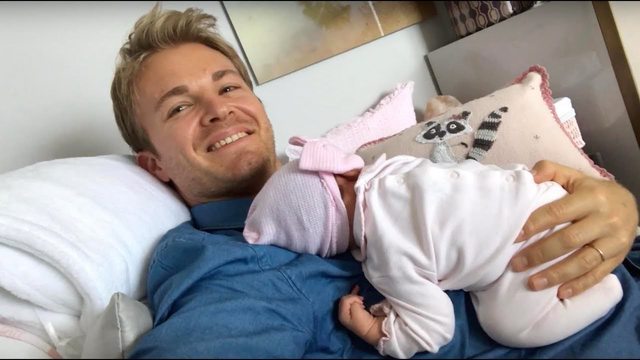 Nico Rosberg's non-appearance on the 2018 grid was correctly predicted only by scheivlak. It helped him to a 3rd place in the standings – it might not have won him the trophy, but it was definitely very memorable.

That is it for the 2018 Silly Season Trophy. Stay tuned for the interim results of the 2019 Silly Season Trophy – these get updated every time a 2019 deal gets announced, so it might heat up sometime in late summer. If this seems like an interesting game and you would like to participate, you will have to wait a few months until the 2020 Silly Season Trophy – I hope to see you then! And, once again, congratulations to Marklar!

Bummer! I really fancied my chances in this. Congrats Marklar!

Thanks for hosting the game SpaceHorseParty!