For this there is not much , easily sifted through info on-line.

Does anyone know of how many, Harley XRTT 1000 bikes were built; how many moified, or not, TT 750 ran in the series and what HP power level they were at.

I know Team Obsolete rath Goliath as the first factory back door help and obviously Lucifers Hammer but there is little information on the DKG bike or others that ran currently.

I know Roger Reiman ran his XRTT 750 and there was the Japanese Daytona Weapon bike .

Threre are no books on this series or class of bikes and I did a long search on line but most of what you find is same thing on different sites.

I believe the U.K. had a BEARS series similar to BoTT and although now a Harley a gent down under did revive of the Vincent.

I was surprised to find that after market parts for the XRTT 750/1000 has ceased to exist also.

Ten plus years ago I decided the only way for me to get the gumption to finally sell my MV Agusta was to get rid of all my reading material on motorcycles and stop following it so this is the first time in over ten years I have started to look at this stuff again.

Be very careful then Bob, or you'll end up buying another MV or Harley :-)

Was there not a bike called the Sundance Harley?  Over chassis, built in Japan?

Was there not a bike called the Sundance Harley?  Over chassis, built in Japan? 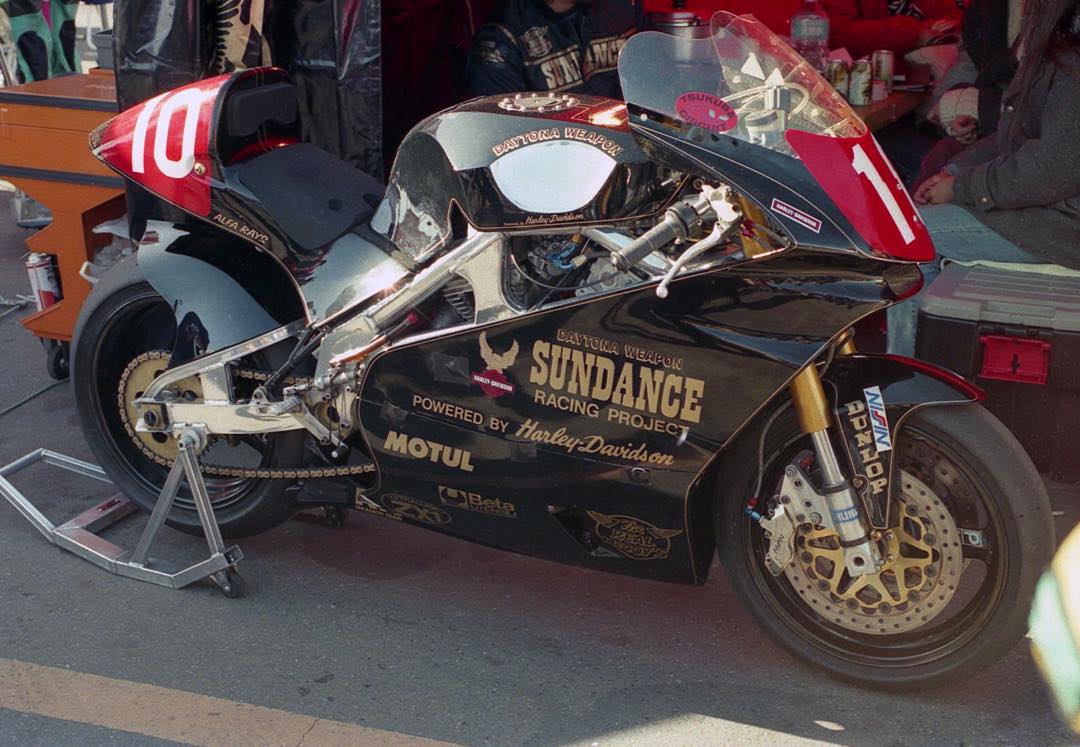