It keeps coming out of the woodwork

Yesterday I was contacted by a retired BBC colleague. He said that he has a photo album of around 100 B&W pictures from 1968-1971 from when he and another couple of BBC guys would go to hillclimbs at Prescott and Shelsley. His friend who took the pictures passed away in 1973 (he must have been pretty young), but would I like the album? Unfortunately the negatives went missing years ago (probably around the time his friend died) thrown away. So these prints are the only survivors. He has sent me a scan of one pic and it's an ex-F1 McLaren at Prescott in about 1970. He has told me that all of the pictures have info written on the back of each of them, so that will be handy, unfortunately, no dates though. Rather looking forward to receiving them!

Allen Brown, I'm sure you'll be all over this pic!

Gary, is it permitted to declare an interest in a certain small engined sports racer from a small manufacturer which did rather well at both hillclimbs in 68 and 69? Access to any pertinent photos would be most welcome. Quite often photographers took an interest in cars away from the mainstream marques, especially if successful. Ever optimistic, exits left...
Roger Lund

Of course Roger, I'll let you know when the album arrives.

And also in the unlikely event of any Austin Healey Sprites, even in the background?

I'm sure it is David Good - I pushed that car to the start line at Harewood many times. Note the wet tyres which were in vogue then - warmed up faster than slicks. Nice man - he used to bring us loads of free Ski yoghurt

David Good campaigned the car in 1970 and then sold it on to Richard Thwaites.

...I mean, look at the stuff in the background!

Thanks, Gary. Possibly a FOC meeting with a 330 and 250LM. The 250 may well be that of Jack Le Fort, a regular period hillclimber, although I am not sure when he sold it.
Roger Lund

Jack Maurice , the Newcastle upon Tyne hotelier also had a 250LM in which he competed regularly at Harewood . I don;'t know much further south he ventured as - splendidly - he did drive the 250 to and from meetings on the road .

John - I was composing this when your post came through.

Another possibility for the 250LM's owner is Jack Maurice. He hillclimbed the Ferrari, fitted with a Drogo nose and Campagnolo wheels, in 1969 and 1970; it looked and sounded wonderful. There's a photo of the car with the same number at Prescott on Talacrest's website in connection with the Richard Colton Ferrari bequest. Colton was a later owner of the Maurice 250LM; the first two being Ron Fry and  David Skailes.

David Good competed in the M10B in 1970 and this was another favourite driver and car combination for my friend Allan and myself. We saw this and the 250LM on a number of occasions at Harewood, Barbon and Shelsley Walsh, witnessing at the latter, David Good having a shocking crash, but thankfully he lived to fight another day.

... David Good having a shocking crash, but thankfully he lived to fight another day.

I observed in post #1 that Wood's M10 had been substantially modified in what one would consider a dangerous manner. The removal of the upper portion of the monocoque to leave only something of a ladder chassis using the side pontoons should have been highly questionable considering the safety awareness environment at the time.

You can see by the manner in which Don O'sullivan's (ex-Matich) M10 folded around the cockpit, even in the monocoque configuration, how susceptible Wood's M10 would have been to cockpit deformation. 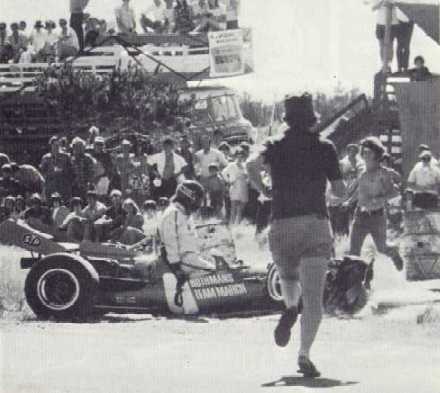 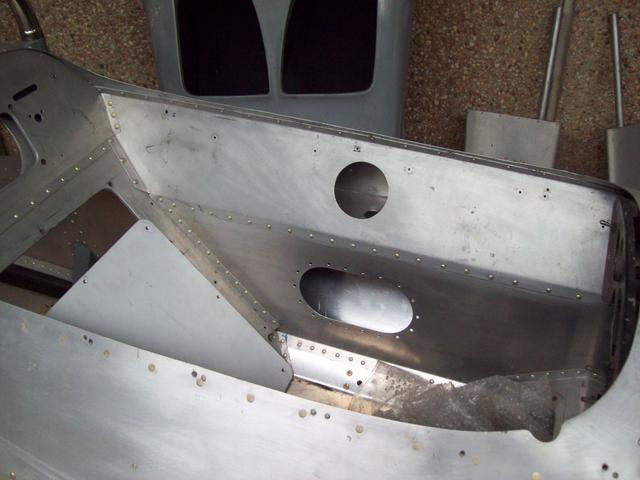 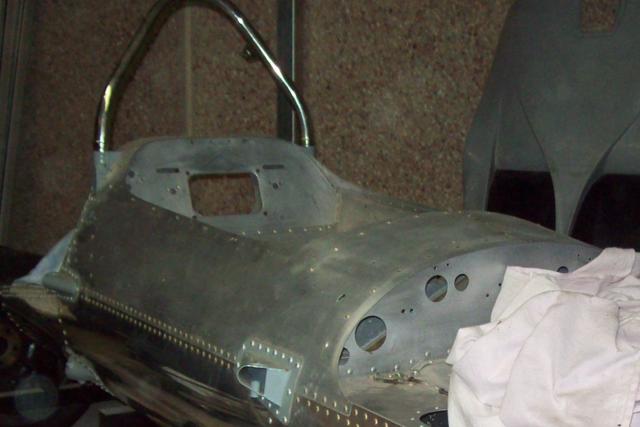 Here's some very rough pics of the photo album. It's 29 pages containing 122 photos.

Hi Gary,
Long shot I know, but I'd be very grateful to see any photos you may have of Ashley Cleave's Morris Special please.

There is but one and it's more a picture of the driver than the car, will upload a pic in the morning.

john wood; '......Barbon and Shelsley Walsh, witnessing at the latter, David Good having a shocking crash, but thankfully he lived to fight another day.'

john wood; 'Another possibility for the 250LM's owner is Jack Maurice.'

Yes, I have photos of that car, too.


Gary, I would welcome info on the cars you have at Tregrehan, please. Looking at Clubmans type,
Many thanks
Roger

Thanks for looking
Roger