A friend of mine has just bought a Manta Mirage, which apparently held a record at Lakeside Raceway in the 70s or 80s as the fastest car around lakeside raceway that was driven to the track.

The car also apparently has a race history, in and around queensland.

If anyone has any info or can point us in the right direction to find out more that would be amazing.

What power unit does it have (or did it have)?

It's hard to picture a Mirage that was quicker than, say, a Phase 3 HO or an XU-1, and some of those would have been driven to the track.

This one was re-done on the U.S. Show Counting Cars last year.

If set-up for competition this would be faster than any sedan, at that, I saw the show and without modifications, pushing one of these hard on a race track , any problems would be very hazardous for the driver.

I have known of them for forty years and did not know how flimsy construction really was but on the show they showed how they were built. 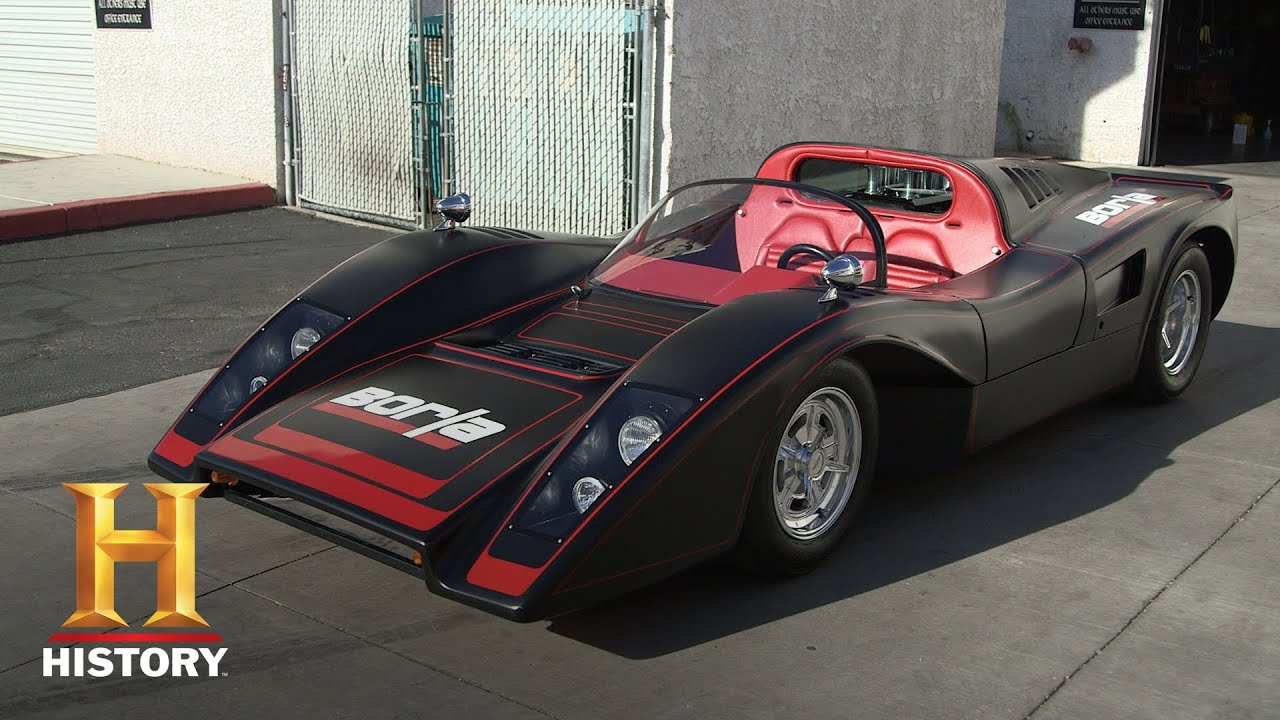 The car in question has a 350 Chev V8 connected to a Corvair Trans Axle (allegedly with beefed up gears etc).

According to the advert they weight 900kg all in, so it should be quite fast even with a fairly mild engine.

I would have said the chassis fabrication and construction was better than I expected. That said this is a factory assembled car which may help on that front.

Picture here if it works.

Okay, I'd agree that if it was driven tot he circuit it was unlikely that anyone would have lapped quicker and done the same...

I don't recall the car at all, but I don't think I went to Lakeside at all in the eighties.

Stewart, not specific to the car in question, but if you're not already aware Sports Car World ran a feature of the Manta in their May-July 1980 issue. (Part of) it is also on the cover. The then contact for them was United Sports Cars in Sydney.

Thanks Ray, appreciate the input, hopefully we can find someone who was at Lakeside in the 80s.

Also just linked my friend to that magazine for sale.

Stewart, I see you've started another thread, but much easier to keep the relevant info in one thread rather than disecting it. Particularly for future reference.

It turns out that in the Feb-Apr 1980 issue of Sports Car World there's a brief news piece with 2 photos in 'IDLE TALK' of Montage by Manta.

There's mention of a De Luxe kit for about $6800 (almost all except chassis, engine, wheels and tyres) Or for those that want to drive away about $11750

As I suspected it was a business based out of Taren Point  With it being a joint venture between Manta Cars Australasia and United Sports Cars. 10/15 Atkinson Rd, Taren Point, NSW 2229

Quite likely that Racing Car News of around that same period ran something.

I do recall buying some race programmes off a chap named David about 10 years ago and he was involved with one of the Sydney-based fibreglass specialists. But can't remember whether it was this company.

I'm not trying to offend or send you away because TNF needs new blood, however It pains me to say it, that all this facebook group caper and particularly the Bob W Facebook group 'Old Motor Racing Photos - Australia' might be somewhere that gives you a short, sharp burst of info or old players in that Sydney fibreglass industry.

Terry O'Neil, GS Motor Bodies, was down that way...

Not quite as far as Taren Point but not too far away.

Thanks Stephen and Ray,

Really appreciate the further input, I will keep digging and put anything I find in here.

Stewart, I've found reference to 'David' who I mentioned in my previous post and worked for one of the Sydney fibreglass businesses. David Birks and he was from somewhere along the NSW coast  But that was 10 years ago when I was in brief contact. FB might be your friend to find him and to ask questions that might steer you to some answers.

David Birks is at Forster or Tuncurry now...

IStewart, I've just had a flick through the 1980 issues of Racing Car News and although I've failed to find specific Manta Mirage mention, it did unearth some extra clues.

For example the April issue runs an advert for the Condor, think poor man's Ferrari Dino (but not as pretty) That appears to be another United Sports Car creation with the address listed as 240 Taren Point Rd, Taren Point 2229. Part of the same advert also has body kits for Commodores with mention of Kendall Design.

Then throughout other issues there's more United Sports Cars 1/4 page adverts covering items such as being  agents for KAMEI Auto Extras 'American craftmanship with German precision' (body kit shown on an early Honda Accord). Then in later adverts there's spoilers for Datsun 240/260Z and ultimately the Porsche 935 style kits for VW Beetle.  In each of these series of adverts it mentions how they are agents for GS Motor Bodies. Who also happen to regularly run full page adverts for the VW kit in RCN/.

I recall a blue Manta turning up at a club supersprint at Oran Park around 81 or 82.
It looked fairly well built, I think it was Chev powered and maybe a Porsche gearbox. I also recall the on-board fire extinguisher being hooked to the inlet manifold and controlled by a solenoid... Well they said it was a fire extinguisher.

There was a blue Manta Featured in one of the magazines in the 80s, looked pretty wild!

Hi, I have acquired a Mirage mold and one complete body,now my Lotus 7 replica is finished this will be my next project,aluminium chassis and electric running gear, I am located in Brisbane and together with a Business Partner we can supply bodies in either glass or carbon fibre, thanks Graham

My105.com had an add a couple of months ago re a 1980 Manta Mirage that was for sale. IIRC it was located in Victoria.