I am researching the racing history my very distinctive Lotus Elite #1658, a car built by John Berry and David Buxton and first raced in early 1962.

After a successful dozen races in the UK, Buxton and the Elite fled the scene and the car went with him to Belgium where it was taken on by Jean Wouters the Belgian Lotus importer.

I have very recently been fortunate to be sent 3 photographs of the car racing in the GT race at Coupes Benelux Zandvoort on 7th July 1963, along with some inconclusive notes - although annotations say that the car won the race.

The notes mention 2 x Elites and their drivers, L.Beulen and Andre Welcker (B)

It would be any easy leap to guess the Belgian, but its better to KNOW.

I have been unable to find the results themselves, but as the meeting featured FJ and Touring cars, I wondered if any TNF'ers have access to a program for the event and could help with my research? 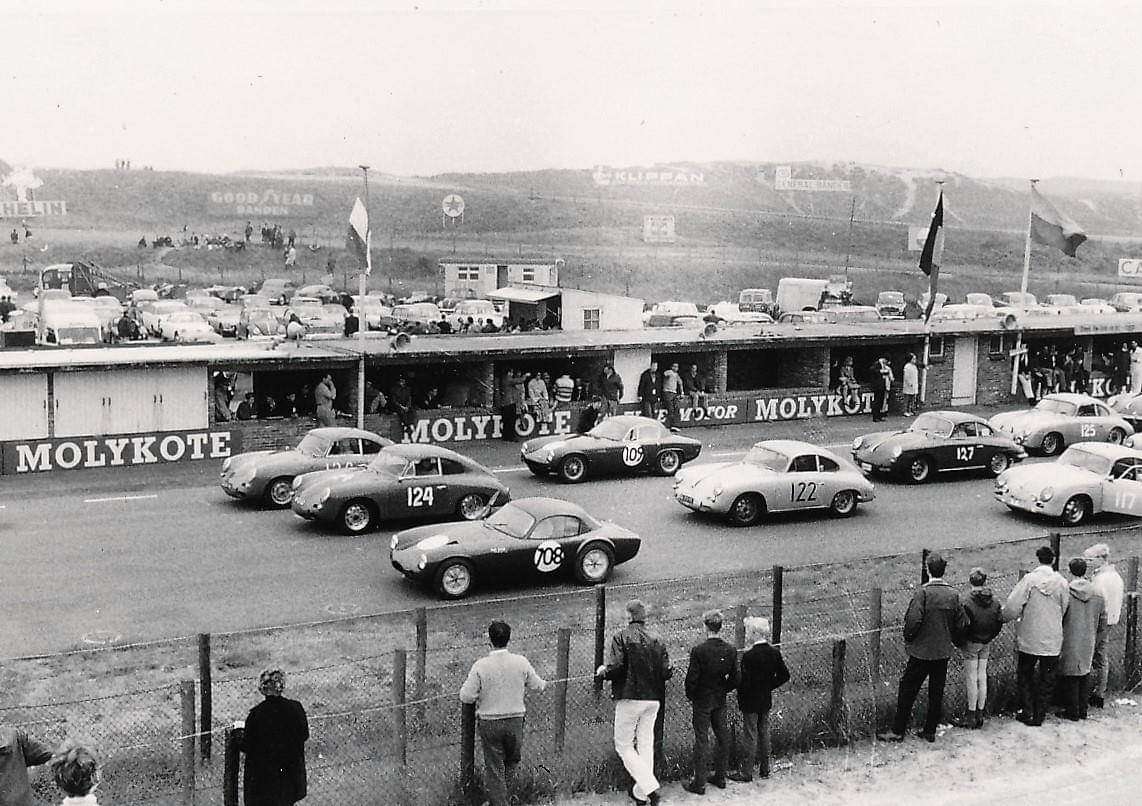 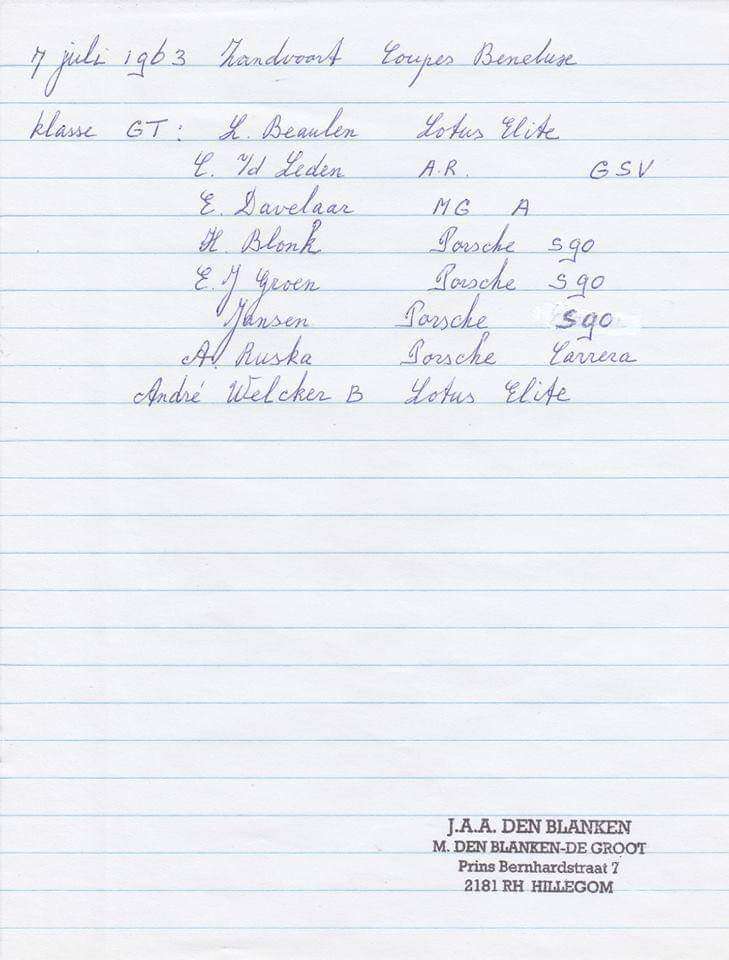 These pictures may shed some light:

The limited results on the WSRP site show Welcker in 4th place, but don’t have any competition numbers:

The results for Welcker and Luc Beaulen on the Racing Sports Cars site show that Beaulen raced his Elite as late as October 1964, while although Welcker was entered for a 1964 event in his Elite, he was a DNA. This might possibly indicate he’d moved on from the Elite by then.

Does this fit in at all with the history of your Elite?

I do have a small gap in the history around this period 1963-1965 so any help gratefully accepted.

The results shown on Rupert's link to the coupe Benelux 1963 Zandvoort conflict with the annotation saying the car won its race.

However, there is no Ferarri GTO or a E type present on the grid photos, so in all possibility there was more than one race involved?

Wouldn't it be nice to find someone with a program to resolve these mysteries.

For those interested here is a synopsis of my notes so far ... definitely a DRAFT! 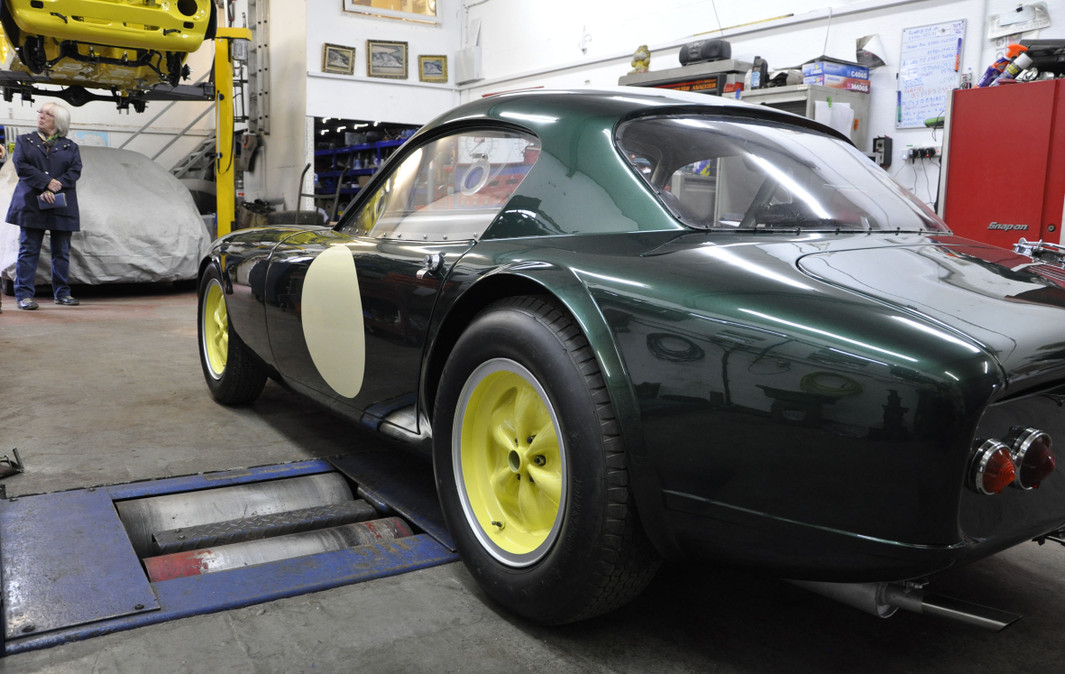 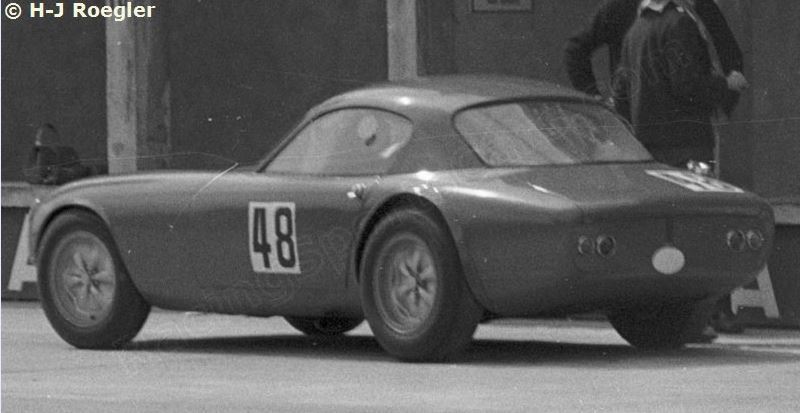 Here is the briefest of provisional histories in respect of the interesting and historic Lotus Elite which I have acquired, along with a very large file with much fuller detail.

This Elite was off the radar in Europe for many decades but is with me back in the UK now, after a further brief “rest” with David Mousley the ex Type 14 Spares man.

This is the car that David Buxton (TEAM ELITE originator and Le Mans preparer for the hugely successful “works” cars) built with John Berry in May 1962, independently and quite separate from his Team Elite activities, purely for himself in his quest to have the "Ultimate " Elite.

It had Lotus 25 wheels and modified suspension to cope, and extremely lightweight Costin-type bodywork with arches to accommodate the “wobblies”, and all the tweaks of the day learned from Team Elite at le Mans, plus more besides.

The car was nowhere near the homologated specification for Elites, and is very light indeed.

The car first raced in June 1962 and between then and the end of the year it raced all over the UK, including Goodwood, and held lap records at Silverstone, both Club and Grand Prix circuits, Snetterton, and Mallory Park, with eight podium places from ten starts, suffering a broken brake pedal and fuel pump in the other two.

The file notes say “The car was then exported to Europe”, but I understand that Buxton, who was a bit of a rogue, had to flee the country pursued by the rozzers.

The story is that he did this having painted the car red overnight and slunk onto a ferry under cover of darkness.

Amusing though this story is, I suspect it to be fanciful, because when we investigated fully, the red paint job had been carried out to a high standard of preparation and was very thorough with no signs of it being rushed.

Chris at Finishline, whose father worked on these cars in period and was involved in our project (he is more of an anorak even than us) identified the primers and fillers used as being of European origin, not British.

However, it was a good story.

The car passed immediately to Jan Wouters, the Lotus importer for Belgium.

He sold the car to Jean Granelli, a Belgian who raced the car in Belgium, France and the Netherlands, as well as a support GT race at the 1965 German Grand Prix at Nurbugring.

There is a colour picture on file and the programme for this event.

The car was still red at this point.

Subsequently the car did some club level events in Europe, gained an ugly nose with a deep full width air dam as was popular in the ‘70s and sported a very rough Kermit Green paint job with gold painted wheels, and then in 1972 it disappeared completely.

It had quite literally “Gone to ground” with an eccentric collector.

Recently unearthed, the car retained all of its original as-built features and the original interior is present, a wonderful time-warp, with the FJ race seats in their faded orange-red Rexine, and a flocked Fablon anti-reflection dash covering.

I cleaned it a bit, but not too much!

Just waiting for C&G to finish the new mag wheels (I don’t trust the 55 year old mag wheels for racing), so it will be exactly as it was built in 1962.

I am fortunate to have a good colour photograph of the car on its trailer outside the Lotus Delamare Road premises, new and as built, complete with a gentleman, head in hands, in Mr.Chapman’s office window above.

The photograph was taken by Derek Wild who worked there, and retains copyright, but he kindly sent me a good copy and is allowing me to use it to illustrate the history.

I visited the site to take a colour reference from the brickwork on the building so that I could colour-correct the old photograph to the correct tone to get the paint back to original but when the paint was stripped, and the usual multitude of crimes exposed, sure enough, in the darkest and most remote corners, we found small traces of the original green paint.  This was the thinnest whisper of dark green metallic imaginable, and had been applied directly to the fibreglass, which my specialist reckons is why it got painted red after such a short period …. Because it all fell off.

We have also begun the process of getting FIA papers, but unfortunately (if understandably) they take the view “It cheated in period, but we can’t let it cheat now” and suggested that I change it all back to the standard homologated specification!

That said, we do have some good support and have high hopes of getting Prototype papers.

Furthermore, everybody wants to see the car out on track where it belongs, and invitations to run as a “Guest” are plentiful.  One organiser told me that their eligibility committee agreed to create a class for “Cars of special historic interest” as long as I provide the cup … because I’ll be the only one in it.

We are still discovering more on a day by day basis, and welcome any input or corrections.

Another nice surprise recently was the donation of a trophy won by John Berry in the Elite (Entered by Buxton this time) at Snetterton in ’62 complete with program and results.

Lotus people are so very kind.

I have just been donated the original side exhaust, a flattened megaphone, which I will fit for any "noisy" events I can find!

Whatever happened to David Buxton ?

The internet is quite amazing!

Within 12 hours of starting enquiries, I am “speaking” to a man who was there at this race with his father and I now have 4 more photographs, plus the certainty that Andre Welcker was driving my car to the win in a 2nd small capacity GT race (Up to 1600ccs) with one Roger Bey in the other Elite placed second!

PS. AAGR:  David Buxton had a long and exciting career, mostly involving Colin Chapman and his activities, some say the fraud squad, the police, and including the Moonraker Boats venture.

At some point he had a Ford dealership in (I think) Dagenham.

He passed away some years back so is presumably peddling snake oil in another place.

and a Sprite were cars men-

court at Derby on Saturday.

Beeston. Nottingham, was given

forfeiting his passport, and re-

extensive inquiries had been

made into David Buxton Ltd.,

a Derby motor dealing firm, of

which Buxton was a director.

Those initials appear against one of the results on his Racing Sports Cars page:

so I think you’ve found the right man, Reinhard.