Jim Clark Museum to get Lotus 25 R6 on loan

Well , that's a good enough excuse for me to sample those lovely border roads again this summer ..

Is R6 the car that has hitherto been a part of a faintly bizarre (if not macabre) art installation?

I had sometimes wondered what condition it might be in.

Yes indeed - it’s lived for many years in the Museum Tinguely in Basle as part of an ‘art installation’ titled Fünf Witwen (Five Widows):

I assume the ladies are staying in Basle.

Well done to all at Duns!   Great to see a car going on display in an appropriate location.

So, that just leaves R8 (in the Moderna Museet in Stockholm) currently and somewhat disinterestedly out of view.

Too bad it's just a loan, but at least it is a start.

R6 is also due to appear at Goodwood today for the FOS on the Lotus stand before going on display at Duns.    Not able to be there this year unfortunately.

The final classics to wind their way up the hill will be two Lotus 72s, the most successful F1 car in the history of motorsport. Following a restoration by Classic Team Lotus, one Chassis 5 will be united with its 1972 Championship winning driver Emerson Fittipaldi, while multiple Le Mans winner Jacky Ickx, who raced a Lotus 72 in the 1974 and 1975 seasons, will drive another.

So, both R5s running! This tickles me no end for some reason.

Vaguely related, I always wondered what DSJ meant when he wrote that R9 'didn't look shiny and new' (to paraphrase) when it first raced. Apologies for the OT, just some random babblings.

Vaguely related, I always wondered what DSJ meant when he wrote that R9 'didn't look shiny and new' (to paraphrase) when it first raced. Apologies for the OT, just some random babblings.

When did he say that?

I'm off to the JC Museum, next week (already been to the "rooms" several times).

Thanks to "Ancestry" and dna testing it turns out that I've got a half-Sister who lives in Duns. Her husband has been involved in running the JC rally! Small world, eh!

I was at Classic TL two weeks ago and bumped into Bob Dance, he was visiting Duns this past week.

When did he say that?

Team Lotus had purportedly a brand new Type 72, number nine in the series, though it did not look sparkling and new, but was said to be the last 72 that will be made, though only time will answer that one. This car, 72/R9 was driven by Peterson...

Seems to me to be heavily implying it wasn't a new car at all, who knows?

Sorry for the late reply.

My first trip to the new set up today - on a whim , needing to get B**xit respite . A delightful drive up through the Borders - top up, sadly as it was wet - and a real transformation from the rather cramped 'rooms '. Light , airy , interpretative text clear and informative ( I  found 2 typos , one error and Donington could have that per line ) and lots of stuff to look at ,watch and hear. And the 25 and Franchitti's ex Clark Cortina  (not 1557 cc , guys, but 1558 surely ?) . Excellent staff , and I bought my wife a Jim Clark tea towel. 'Oh, you shouldn't have '- I am sure not to be construed literally.

Lots of people , and the gleaming 25 looked lovely under the lights . . Leaving  Duns , past the Aitken Walker garage - so more memories triggered ...

1557 cc would seem to be closer to the actual displacement than 1558. The relevant dimensions are: 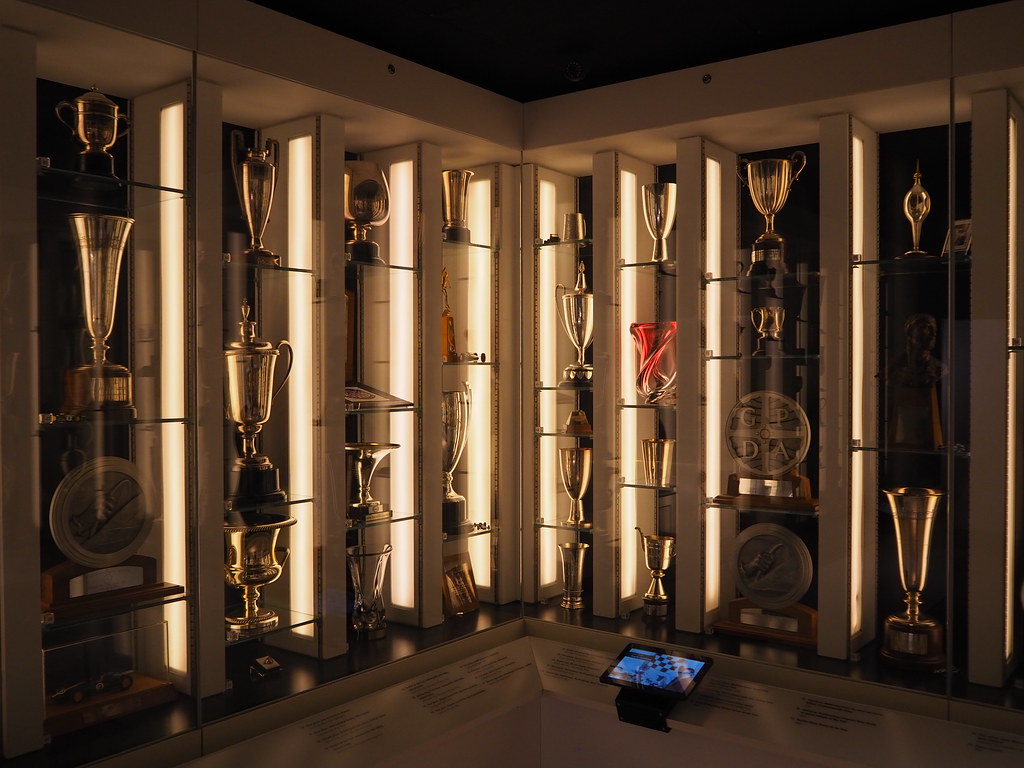 Couldn’t agree more, John, but the museum’s figure is also not incorrect.

Don't believe too much in magic numbers. These days everybody has a phone with a calculator so "exact" capacities can be calculated. A lot of the magic numbers come from the days of the slide rule.

Could you tell me the metric capacity of the "289" engine?

I am currently working on cleaning up my database for engine capacities and searching for bore and stroke values for all kinds of engines. (This should be a separate thread, maybe I will start one soon), so I have seen a lot recently.

One of the things I found out is that some (mostly British and American) engines are designed to imperial dimensions, while others use the (much easier for me) SI units.

The "1558" engine appears to be an obvious case of imperial values. These do not use decimals, but fractions.

The stroke, however is not so clear. 72.746 is an odd number in millimeters, and 2.864 inch doesn't make sense either. It doesn't translate easily into fractions.

We have to go back to the original specifications to find out the real dimensions, and don't be surprised if "magic numbers" turn out to be slightly incorrect.

No use hi-jacking this thread any more for something only marginally relevant, though interesting (for me at least)

On the Classic Team Lotus site, the lead story is that the Jim Clark Museum has just been given a Five Star rating for visitor attractions and they are duly celebrating their award; the first museum in the Scottish Borders to have received this.   Full story in the link below:

This is, however, against the background of the current worldwide situation that has seen all major UK museums, including the "Cars: Accelerating the Modern World" exhibition at London's V&A and Glasgow's Riverside Museum, close their doors from today (18th March) for the duration.     Hopefully a happier story to report in the coming months.

V and A closure no great loss . I found it terribly disappointing , lacking both  coherence and imagination. I enjoyed seeing the Tatra , the LA Low Rider and , gosh, there must have been something else ?  Ten minutes at Duns or Brooklands is  far more interesting.