Looking for any pics of this meeting. Paddock shots, individual cars or track action.

If anyone has any or knows of any I'd appreciate hearing from them.

I have several.  Are you looking for anything in particular?

Yes, I'm researching the histories of the TVRs that took part in race 3 and race 8.

I've seen a couple of photos from this meeting published in Tony Gardiner's book "Motor Racing at Goodwood in the Sixties" and I wondered if there are some more.

I have two photos of Tommy Entwistle's car, one on the starting line (probably after the race), the other out on the track.  PM an email address to me and I'll send you a scan.

I have a couple of  hi res shots of XPG 1, one of the three 1800  lightweights  , here raced so well by artist Tim Layzell, plus split shots of the narrative sheet of the three ltwts,  billboarded in front of the car under the canopy.  This gives a potted history of the 3 lightweights, XPG and presumably the other one in the other race. BTW have you checked the marvellour REVS Institute archives for period shots? I presume you have seen the TVR page on Facebook.

PM me e mail address if you want copies of my stuff.

Thanks very much for your response but it is period shots of Mk3 Granturas that I am looking for.

I was actually in the same race as Tim L at the weekend driving the green TVR (678 EFR) and some time ago I gave Tim some advice when he was deciding which Grantura to buy. He eventually plumped for XPG1, the ex-Paddy Gaston car, and did a brilliant job driving it in the Fordwater Trophy.

I have owned and raced another lightweight Mk3 1800 registered '678 EFR' for some 18 years now. I know that amongst other outings it raced at Goodwood in the 63rd Members' Meeting on 12 September 1964, hence my shout out for any photos that may exist. Plus, there were four other 1800cc Granturas in the same race that weekend driven by Tommy Entwistle, Alistair McHardy and D.E. Gordon. Some photos of Tommy Entwistle's car have been published so it is the others I am primarily interested in.

On a detail point, there was a small error right at the end of Tim's history board on the windscreen in that my car was never owned by Paddy Gaston. In fact, EFR was the factory press car for the Mk3 1800 model (see road test of the new Mk3 1800 in Autocar 27 September 1963) and shortly afterwards was driven down from Blackpool to London by David Hives, TVR's chief mechanic, to become Jim Boothby's demonstrator and race car throughout the 1964 season. Squadron Leader Boothby was a Sussex and then Kensington based car dealer who ran the London TVR Centre. The car was Boothby's until he sold it into road car hands at the end of 1964. I believe that the slight confusion probably arises because at the end of 1964 Boothby and his sometime business partner John Wingfield together acquired XPG1 (share of ownership unknown) which is the car now in Tim Layzell's hands. In 1965 Boothby appeared as in race programmes as entrant with Wingfield as driver. It was later sold on to well known 60s and 70s racer Dr Rod Longton.

With regard to the 'three lightweights' there were, in fact, several lightweights through the 1950s and 1960s which were built as part of TVR's evolution. Reflecting the constant motorsport leanings of the marque, they offered options of lightweight bodies and/or lightweight chassis almost from the very first Mk1 cars. These features were (extra cost) options that any customer could specify. The press cars and demonstrators tended to have both lightweight options and, as you might imagine, engines tuned to a higher degree than the standard road cars.

As for the three lightweights mentioned in the TVR books in the context of the 1964 UK racing season, these were cars ordered towards the end of 1963, shortly after 678 EFR was built in mid-September, and were destined to become racers for Tommy Entwistle, Paddy Gaston and Alastair McHardy. All were frequent competitors on the UK racing scene with the Gaston car being distinguished as the only one that ever competed internationally, albeit sometimes carrying the number plates of his demonstrator (APH 223B). Gaston became the London-based dealer for TVR after Boothby gave up the franchise. On 12 September the Entwistle and McHardy cars lined up alongside my car, driven by Boothby, and D.E. Gordon in another Mk3 1800. Entwistlle went on to win the race, as he usually did!

Hope this slightly long-winded explanation provides some context to my original post.

Many thanks for your detailed reply.
RL

Hi, my dad is Alastair McHardy who use to race one of the light weight tvr’s. I currently have his racing scrap book so will see what I can find.

Hi, my dad is Alastair McHardy who use to race one of the light weight tvr’s. I currently have his racing scrap book so will see what I can find.

Fiona, welcome to TNF. I suspect you will be made to feel welcome and learning on an open door. Sadly we lost an early TVR authority in John Fielden a couple of years ago, so your submissions will be very welcome.
Roger Lund

I have found only a few pictures of the tvr and my father, but have found some newspaper cuttings and results. Would this be of interest to anyone and if so how do I put it onto this site?

Fiona, the easiest way to get things posted here is to arrange to e mail them to the moderators, Tim Murray and Vitesse 2, who are always very willing to do that for members. I suspect they will pick this up automatically.
Roger Lund

It would be great to see the scrap book.

Could someone please tell me what Tim Murray and vitesse 2 email address is so i can send them a few pics that I have found.

Fiona, sorry I missed this first time round. I’ll send you a PM with my email address.

Fiona, many apologies for not suggesting that you use the private message function, but looking forward to the photographs.
Thank you for your patience and enthusiasm
Roger Lund 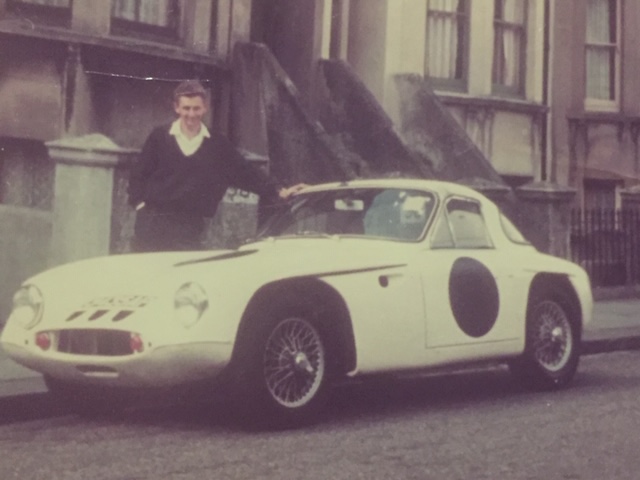 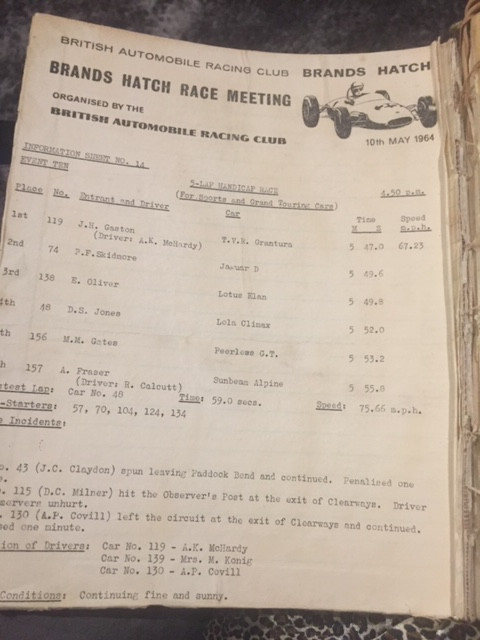 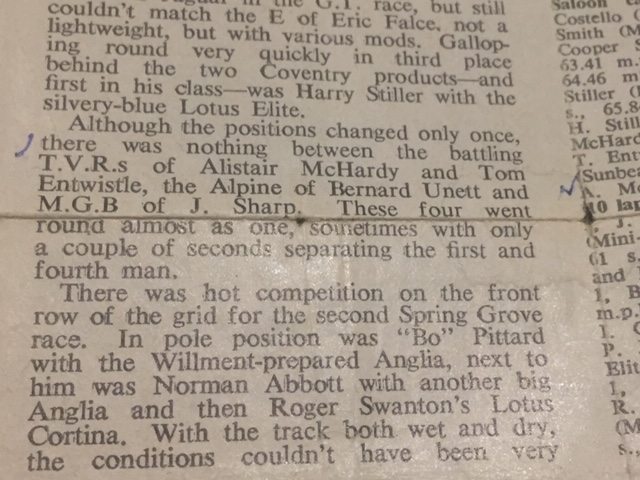 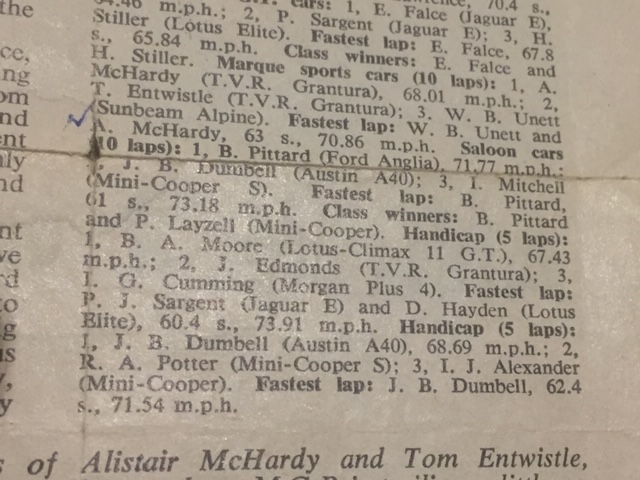 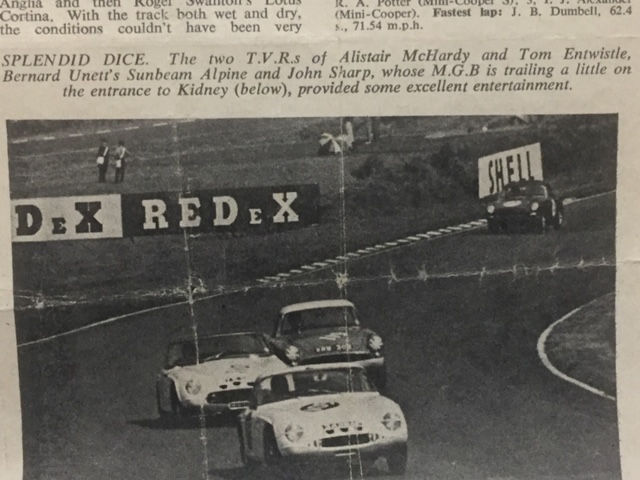 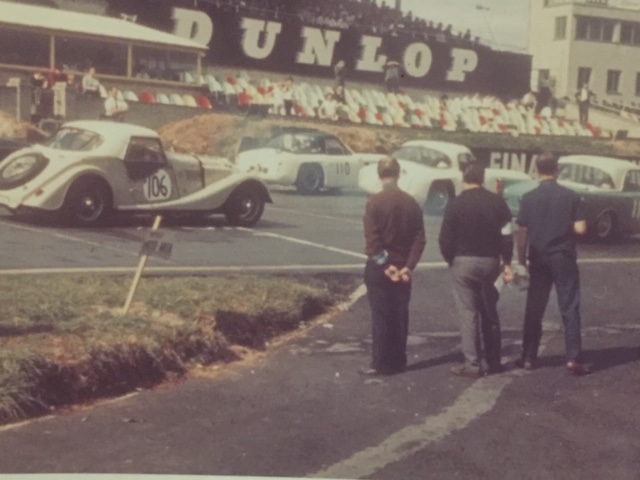 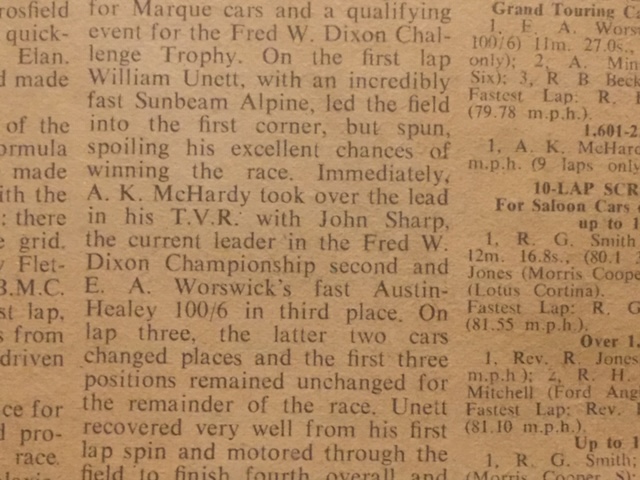 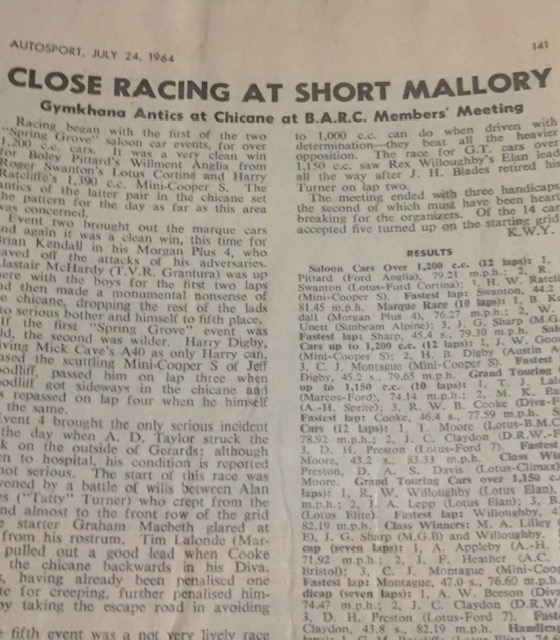 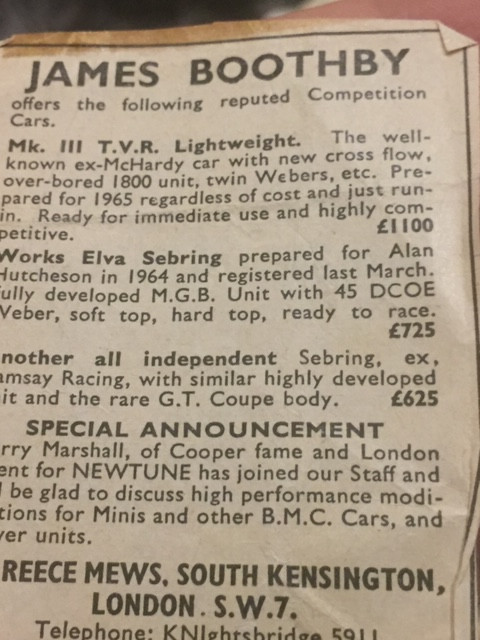 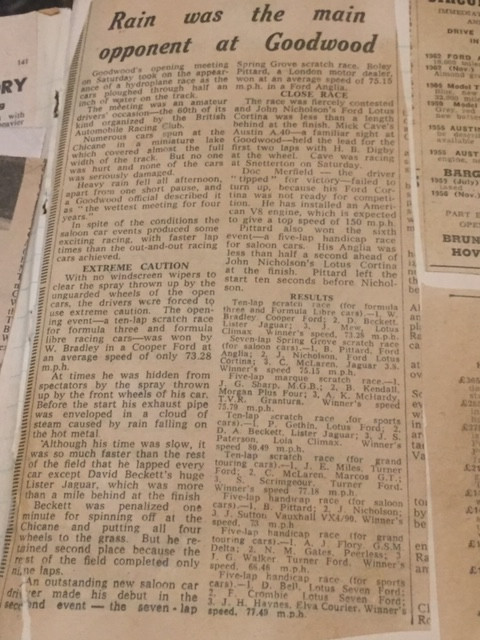 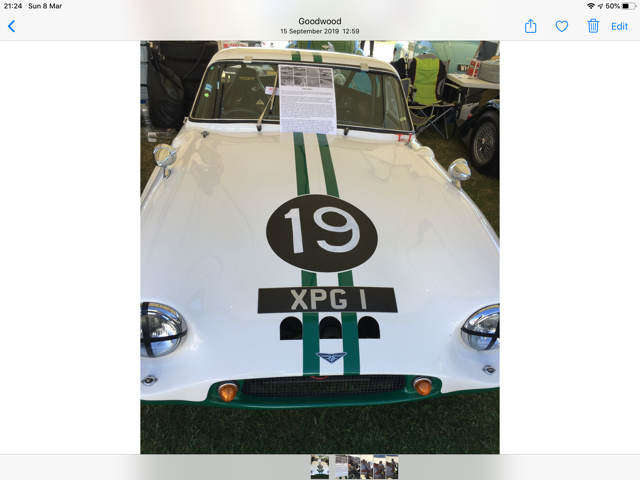 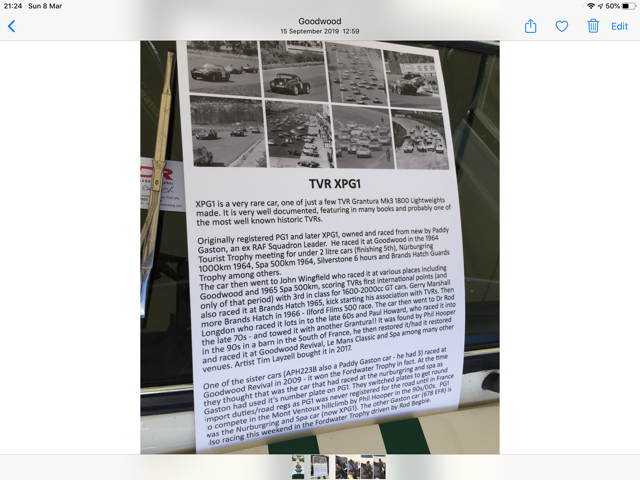 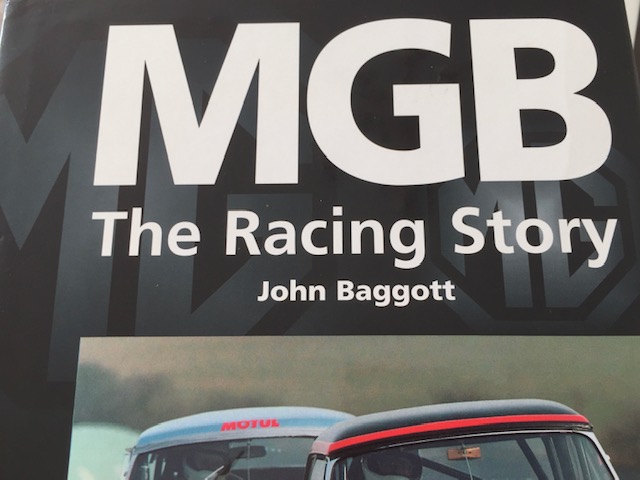 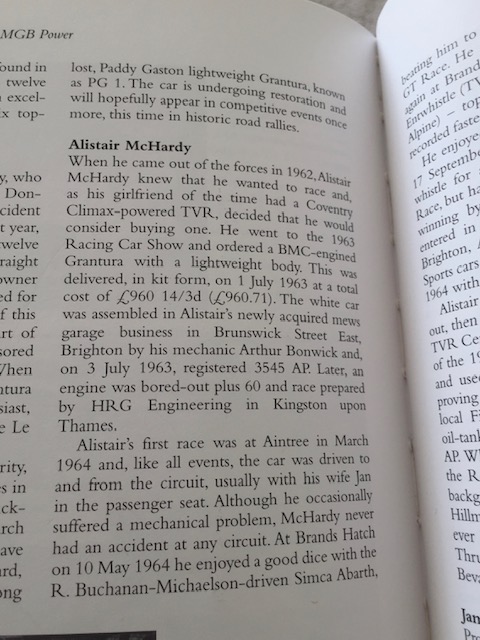 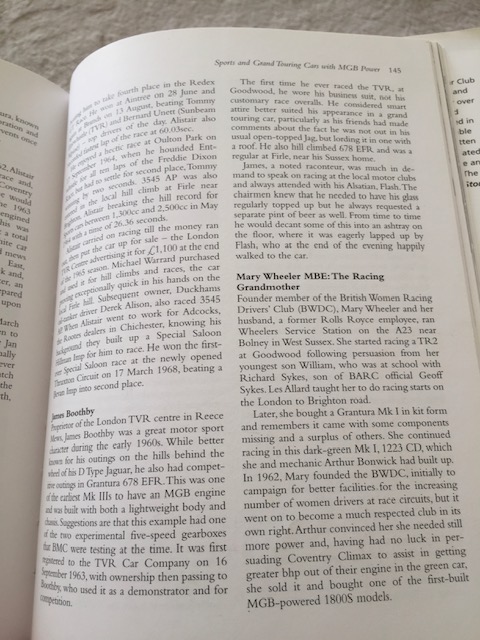 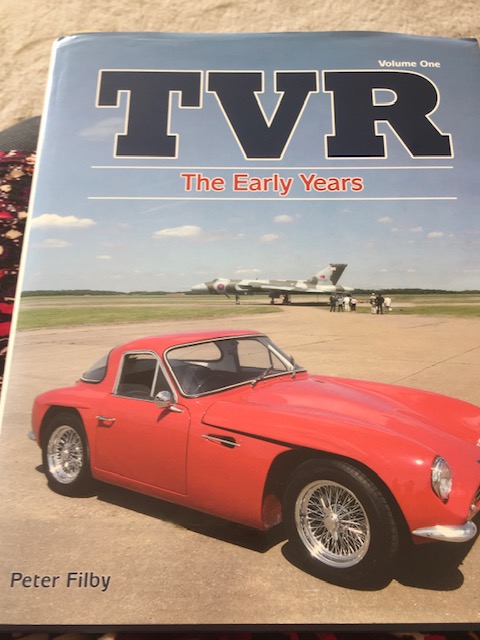 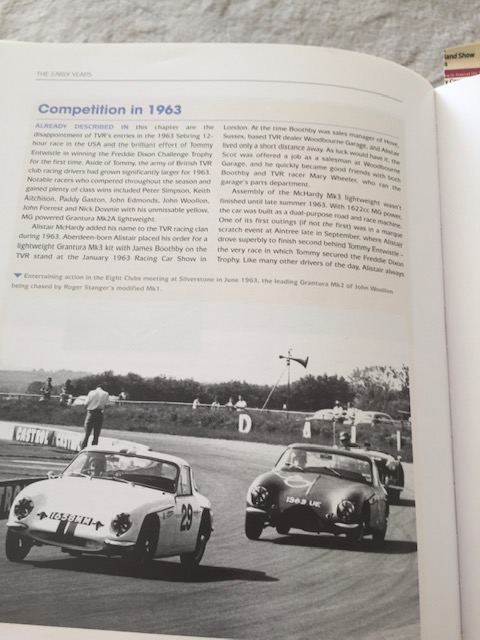 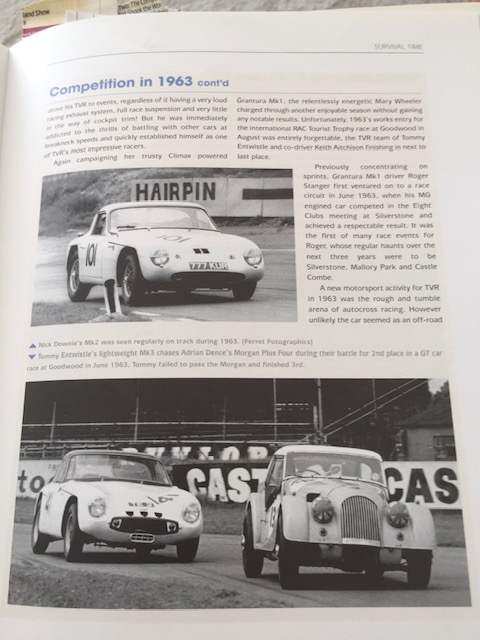 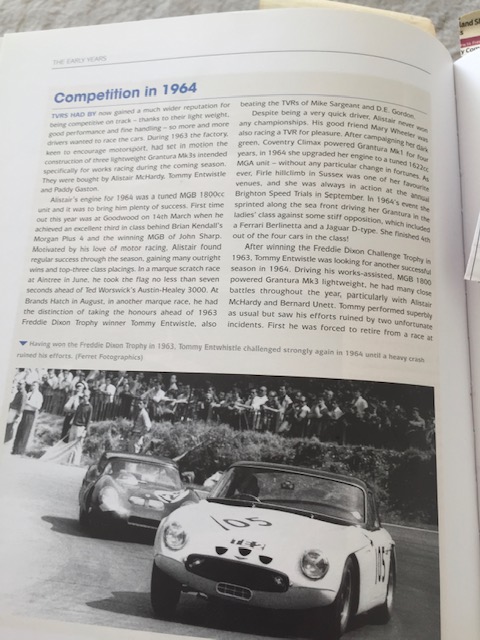 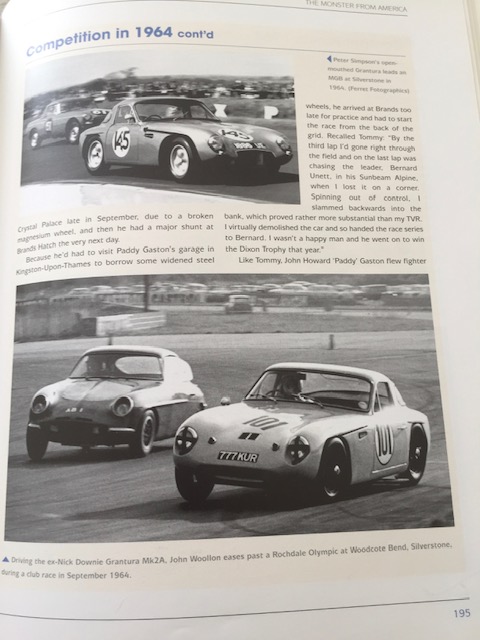 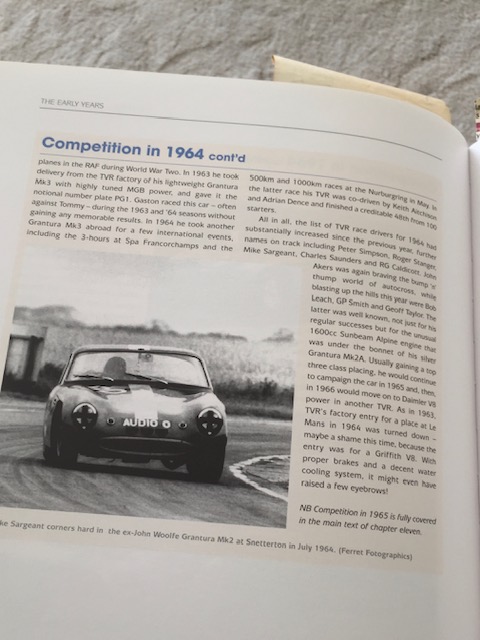 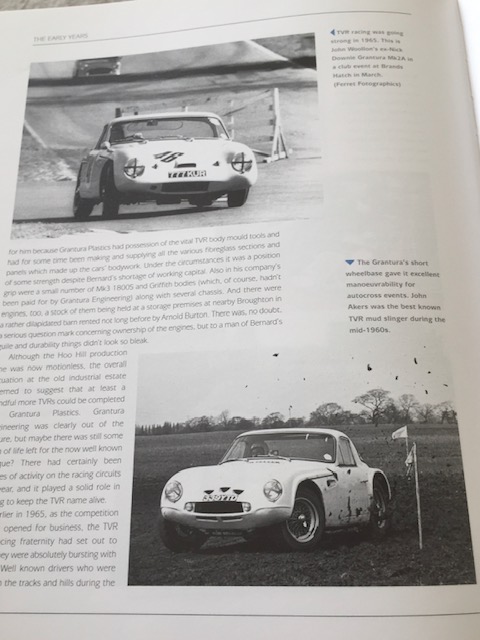 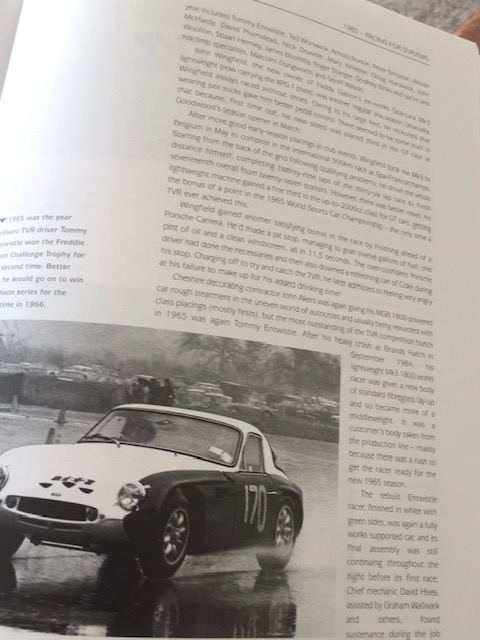 Thanks for uploading these. I have just realised how bad the pics are, if anybody wants better copies let me know. I will continue to search through the book for more on the tvr.