Formula E is BACK in Action in one of its most iconic venues.
We're going racing in Mexico, in a revised version of the Autodromo Hermanos Rodriguez Circuit.

The sheer Passion of the Fans, the Stadium, the Choirs, the drama.

Everything's there for another CLASSIC race.

Let's dive into it!

ANOTHER THRILLER
IN THE STREETS OF SANTIAGO

The revised layout of 2020 produced even better racing, despite a super tight hairpin that led to some bumper cars-style type of racing.

Mitch Evans scored Pole Position for Jaguar Racing, & tried to break away from the field in the first half of the race.

But Max Guenther's BMW was just faster. The Young German overtook the Kiwi on the outside of the super-fast Turn 9, for the joy of Roger Griffiths, BMW's team boss.

But in the closing stages of the race, Da Costa's Techeetah started cutting chunks of seconds each lap from Guenther.
The Portoguese driver launched a clusmy yet effective attack into T10's Hairpin, overtaking the BMW.

But Gunther kept it cool, as Da Costa's batteries went too hot, the german gained his position back on the LAST LAP, with an awesome manouver.

First Ever FE victory for Gunther. A new Title Contender?

THE STANDINGS
AS WE GO FULL MEXICO

Despite a difficult race in Santiago, Stoffel Vandoorne mantains his lead for Mercedes-BENZ EQ FE TEAM.
After dominating Riyadh, Alex Sims crashed out of the last e-Prix: the englishman has to come back right on form in Mexico, as Gunther starts to shine.

2x Champion, Jean Eric Vergne. Still at the bottom of the standings with ZERO points after three races.

Tough start for the Frenchman. 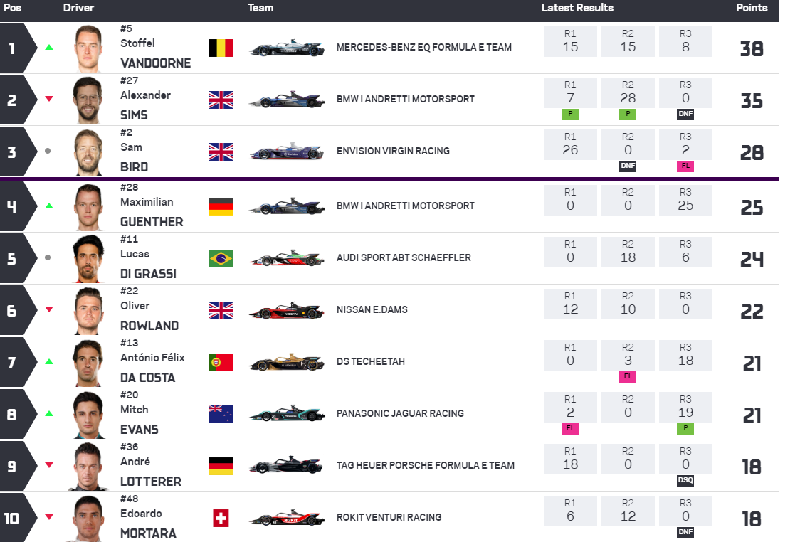 Battles all around the field, Nelson Piquet Jr. crashing HARD at the Peraltada, an incredible 4 way battle for the lead till the chequered flag.

Do you remember the sheer madness of that race? 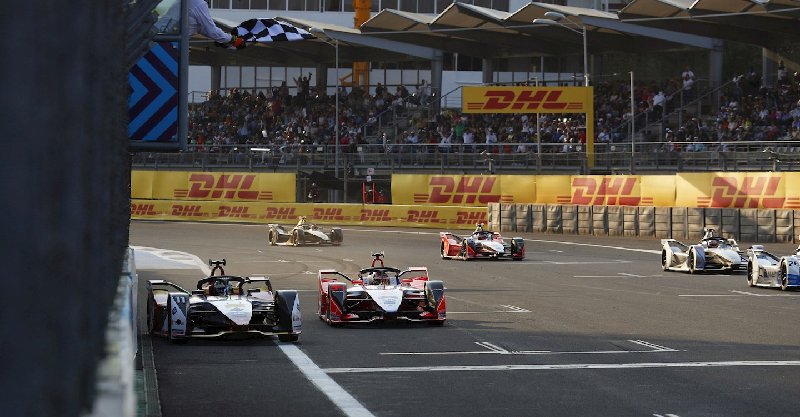 FLYING THROUGH THE PERALTADA
THE NEW MEXICO LAYOUT LOOKS BONKERS!!

Mexico 2020's Layout could be the closest to a Traditional Circuit FE ever raced on.

Fast, flowing, with no chicanes and a super fast corner in the Peraltada.

T3 is quite open, than a brand new sector starts there, with wide roads and a great overtaking opportunity into T5's double Apex Hairpin.  (not the usual, ultra tight FE hairpin).

Than, the real fun begins.

T15 is a medium speed corner, off camber, that leads into the PERALTADA, the infamous bend that saw many epic moments in F1's History.
It's so important to carry the speed out of T15 and launch into the Peraltada with a good momentum.

In qualy mode the Gen 2's will approach the last bend of the Peraltada at almost 230 km/h.

At those speeds & with such low grip from tyres & aero, the cars will be right on the EDGE, the drivers will be fighting with the steering wheel!

Robin Frijns: "We'll reach our maximum speeds at the end of the Peraltada. We'll be quite on the limit".

If you can survive the Peraltada, the long main straight awaits you...

That's a lap of Mexico

HOW TO WATCH
THE MEXICAN STANDOFF??

ALL TIMES ON GMT 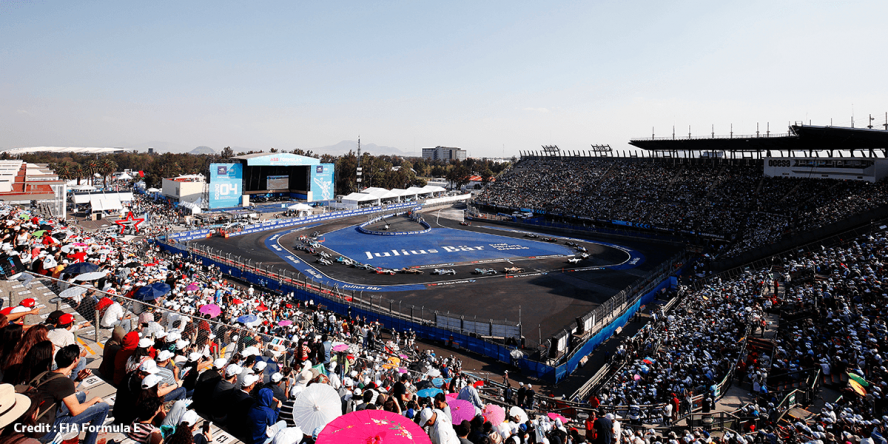 Thanks for the OP.

10pm is a little late for an old crow like me, so i look forward to Sunday breakfast viewing.

Really looking forward to seeing how the new layout effects the racing, contrary to popular opinion I don't think last years race was a classic, it was rather boring with very little overtaking until the last 10 minutes when suddenly everyone realised they were a lot shorter on energy than they first thought. The layout just wasn't very good for racing, but I'm hoping the new one changes things.

Can agree regarding last years race (which was more of a classic finish than a classic race) and how well this updated track actually races. Should be interesting.

Looking forward to it. Mexico races are usually pretty good in my opinion.

I mean, it is incredibly easy to set yourself a reminder on a mobile phone...

What I want to know is when do we get to see a virtual lap preview?

What I want to know is when do we get to see a virtual lap preview?

Yeah, i'm looking forward to it too...wanna get a proper feel of the new layout!

Should be later today or tomorrow.

Should be soldout. Great view there last year 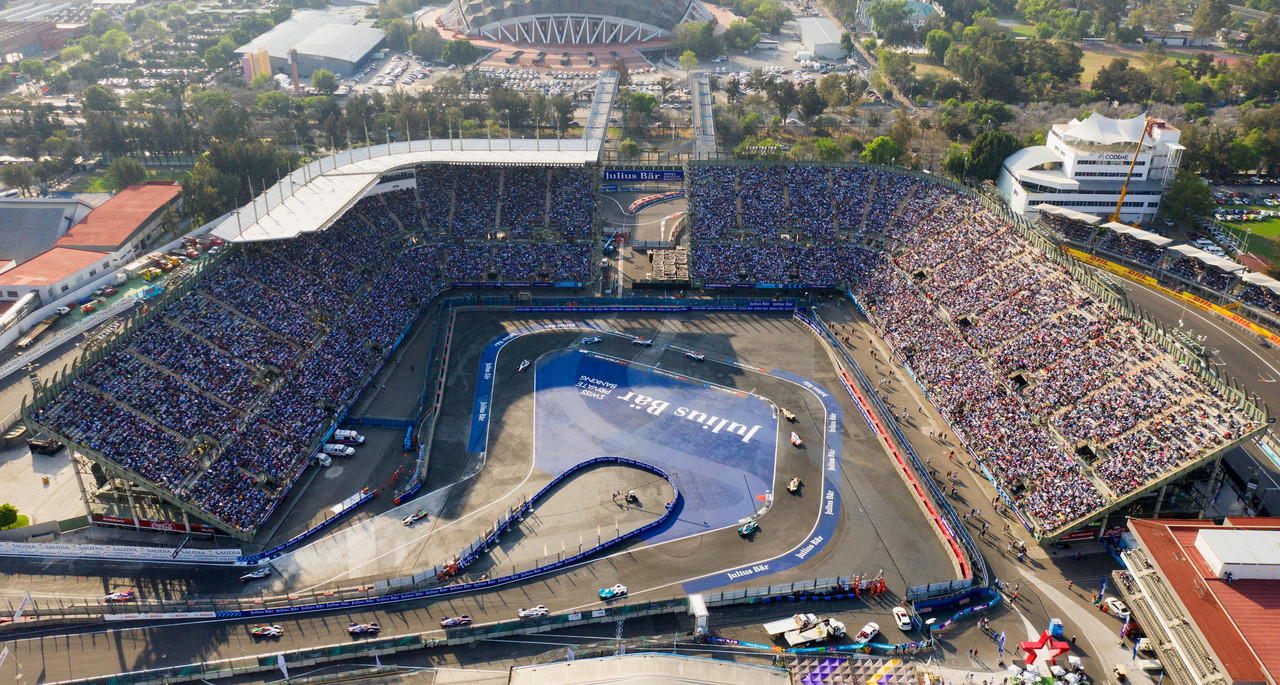 Looking forward to it. Mexico races are usually pretty good in my opinion.

I mean, it is incredibly easy to set yourself a reminder on a mobile phone...

I usually tend to forget that as well.

Mexicos' thirst for entertainment never ceases to amaze me. That stadium was pretty much full for the 6hr WEC races too.

^ Enjoyed watching that. Nice to see the season to season evolution of FE.

Hairpin looks decently wide, and importantly it’s not bordered by walls so if things get a bit hairy it won’t mean a track blockage.

Looks GREAT
The new section is very wide, this track doesn't even look like a FE circuit.

The gen 2's will stretch their legs like never before.

Simulator Lap & some photos from the track coming later today


I see your digital flyover lap and raise you the Envision Virgin team doing a lap in a golf cart and speeding up the video https://twitter.com/...7201857536?s=21

VPN's are your friend.

Well, send a PM when needed!

The new iteration of the Mexico circuit looks like exactly the sort of ballpark FE should be operating in at this stage.. decently fast, no overtight hairpins or stupid chicanes but we’re not quite ready for the full Grand Prix circuit yet.. Could be the best FE circuit so far.

According to Lotterer, the Peraltada won't be easy flatout for the Gen 2's, so drivers can make a difference there, expecially in quali.

Jaguar I-Pace eTrophy qualifying will be YouTube streamed at 14:30 GMT today for an even earlier preview of the track updates

Well whoever managed the YouTube uploads made a mistake and put that session as today (14th) rather than tomorrow (15th) and it has now been changed.

Tomorrow will be clear & hot!

Mahindra will basically start from the back of the grid after choosing to break the seals on their gearboxes to attend to a reliability issue.

The Race: Huge Grid Penalties for Mahindras in Mexico | https://the-race.com...dras-in-mexico/

Oof, that's not a great start to their weeked.

Little over an hour to shakedown now...

Man that highlights clip was so well done

Onboard looks good, even if the white lines are a little bit redundant

Lots of surface changes on the part of the track

With temperatures and conditions not representative of tomorrow it's going to be a huge challenge to get it right.

Qualifying looks like it is going to be fun.

Well, already loving the flow of the track, even with less than half of the power.

The cars will be quick there. Peraltada is set to be very fun in quali.

Can't wait for the action! 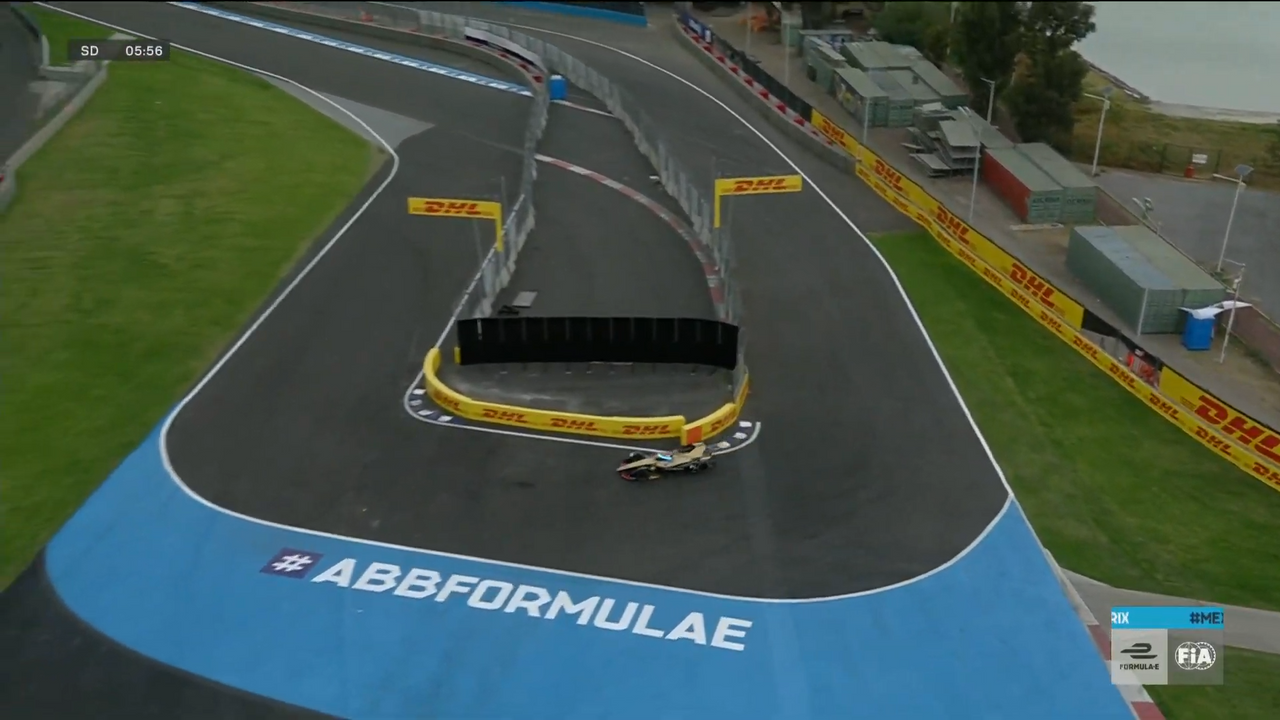 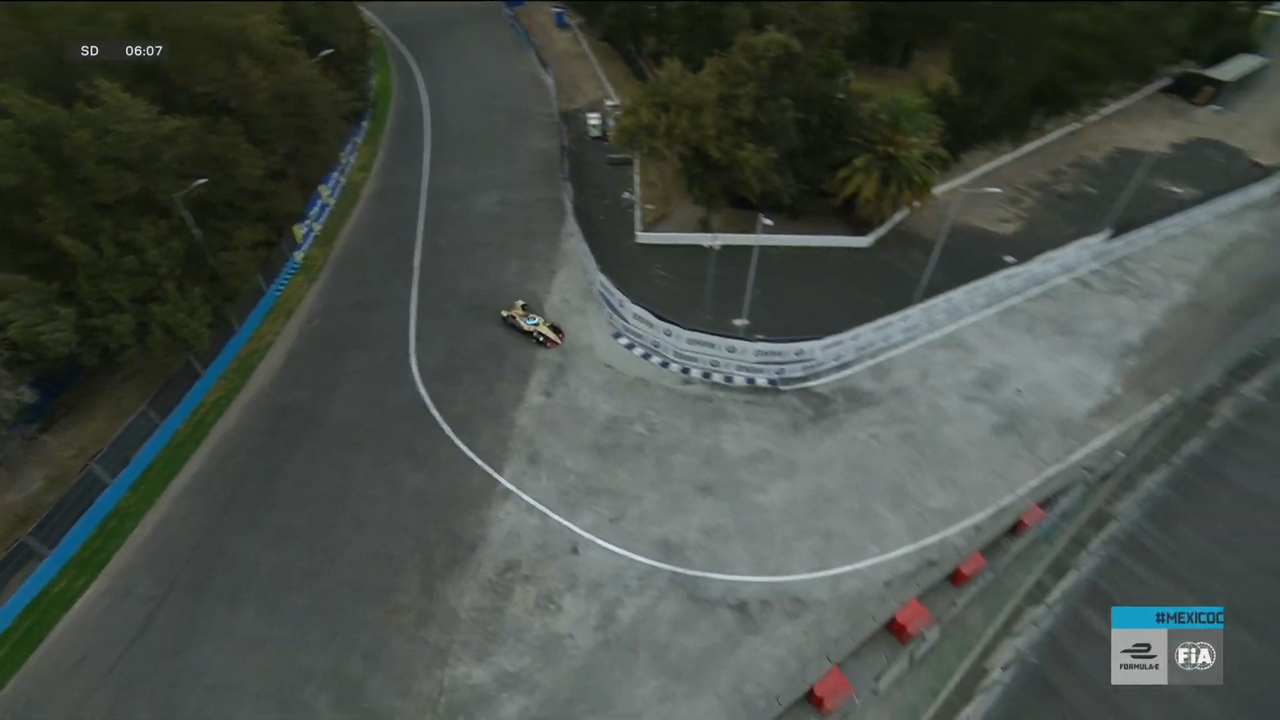 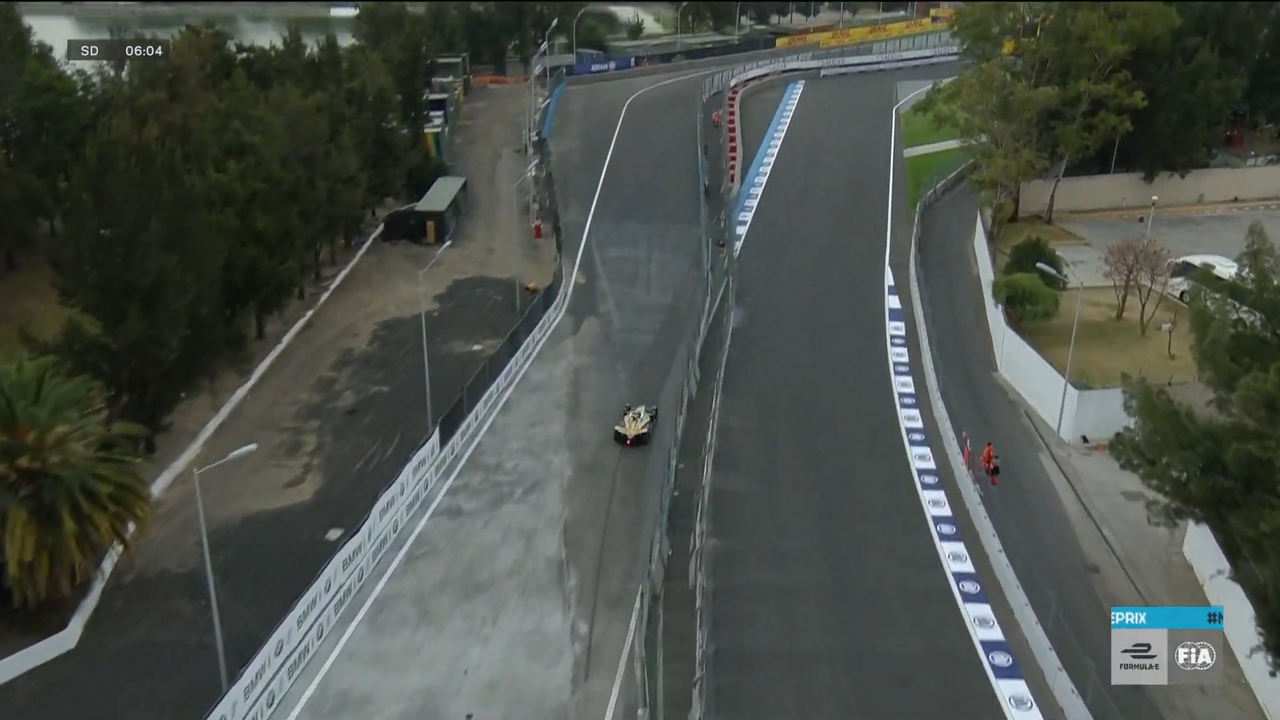 Interesting to note that both Eurosport and BBC are starting their coverage at 10pm when the race is supposed to start.

No build up from either perhaps. 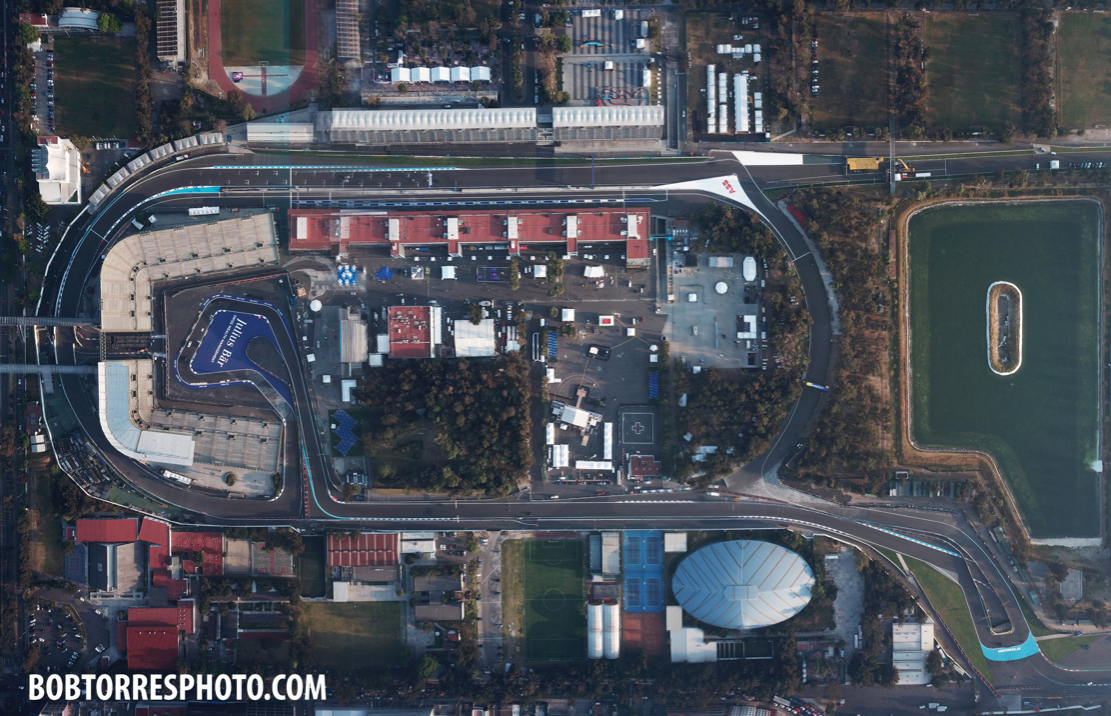 All set for an amazing race day in Mexico.
Temperatures set to be around 26°, sunny & clear! 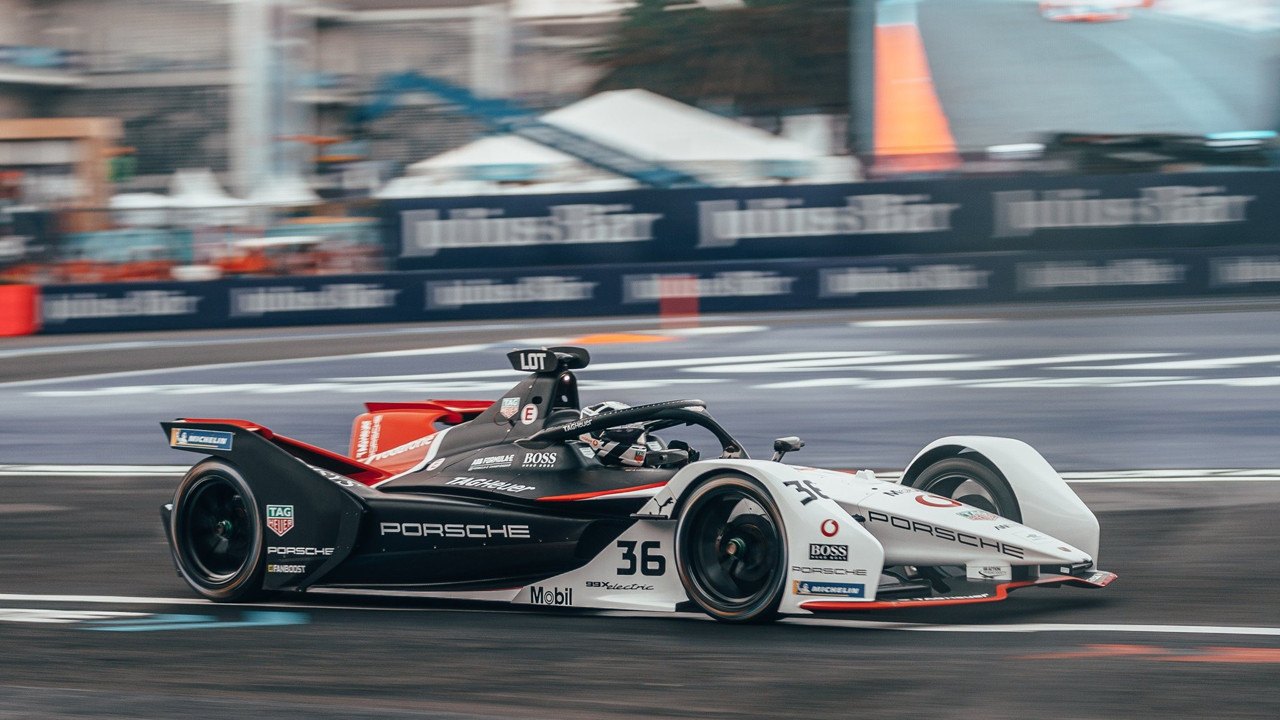 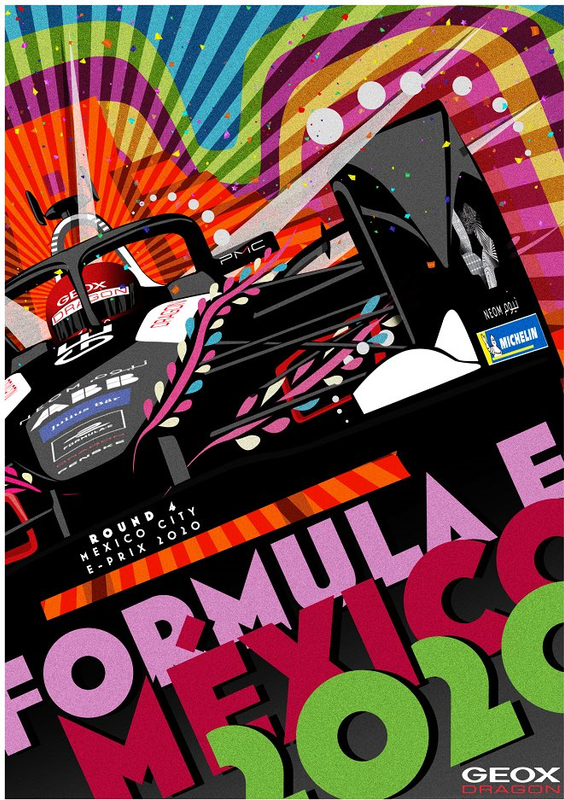 It should be a great race. Last years race came alive in the last 5 mins as the teams ran out of energy.

Im guessing that removing the chicanes will give less chance for regen and so this year there will be greater energy use so the drivers will need to be more careful to manage there energy usage. They will be full throttle from the staduim all the way to turn 1.

All good to go in MEXICO!

Well, half damp track, this is going to be a veeery interesting session with steady track improvement

Everyone out at once - wasting no time