I agree with others on the RP fiasco. Mercedes have played a dirty game. Sharing components is one thing but this is like sharing the complete CAD diagram of w10. Shameful stuff from Toto

I suppose it's constant changes this morning - very short series

It's quite cold today and the team is just doing single lap aero runs at the moment (6x1): 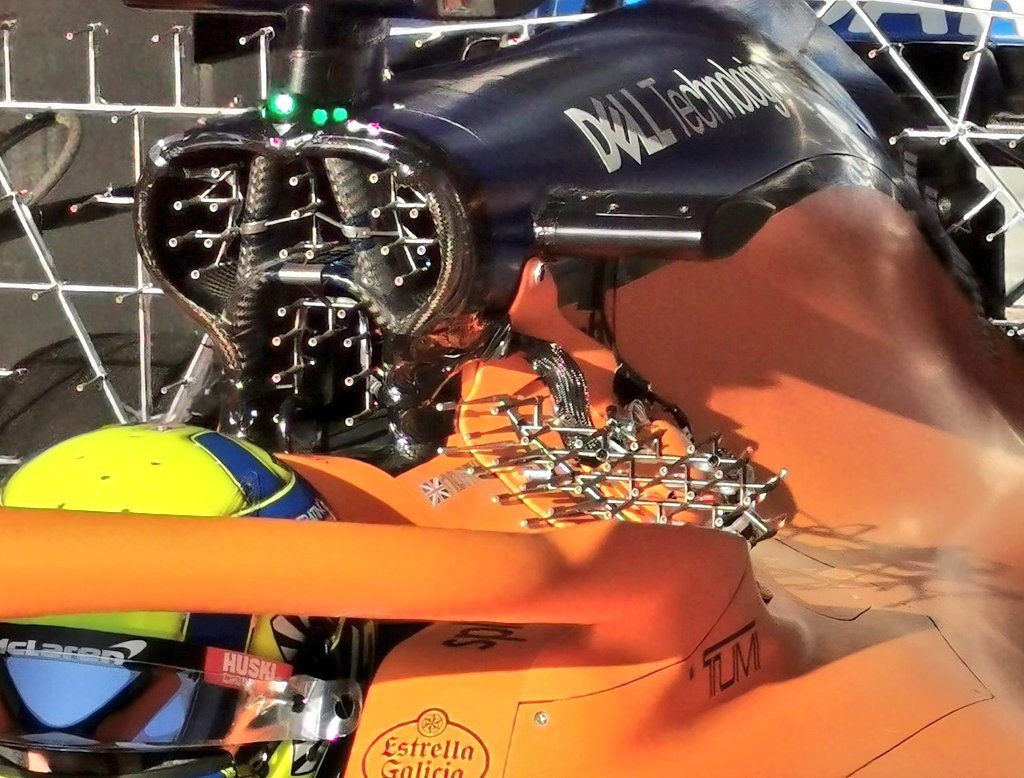 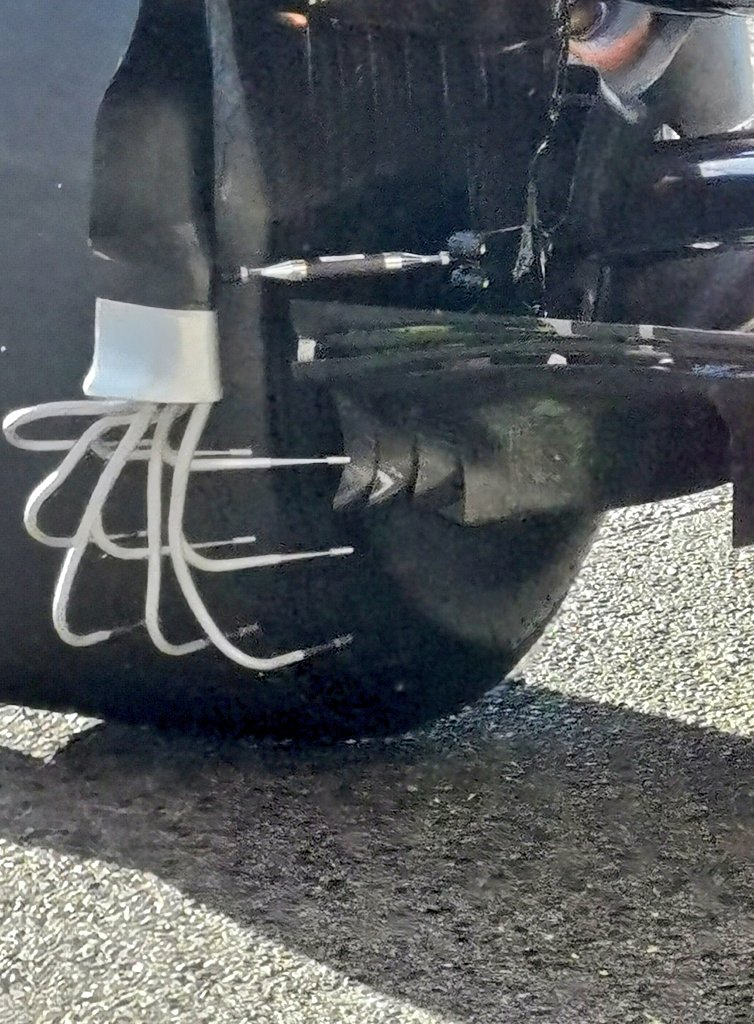 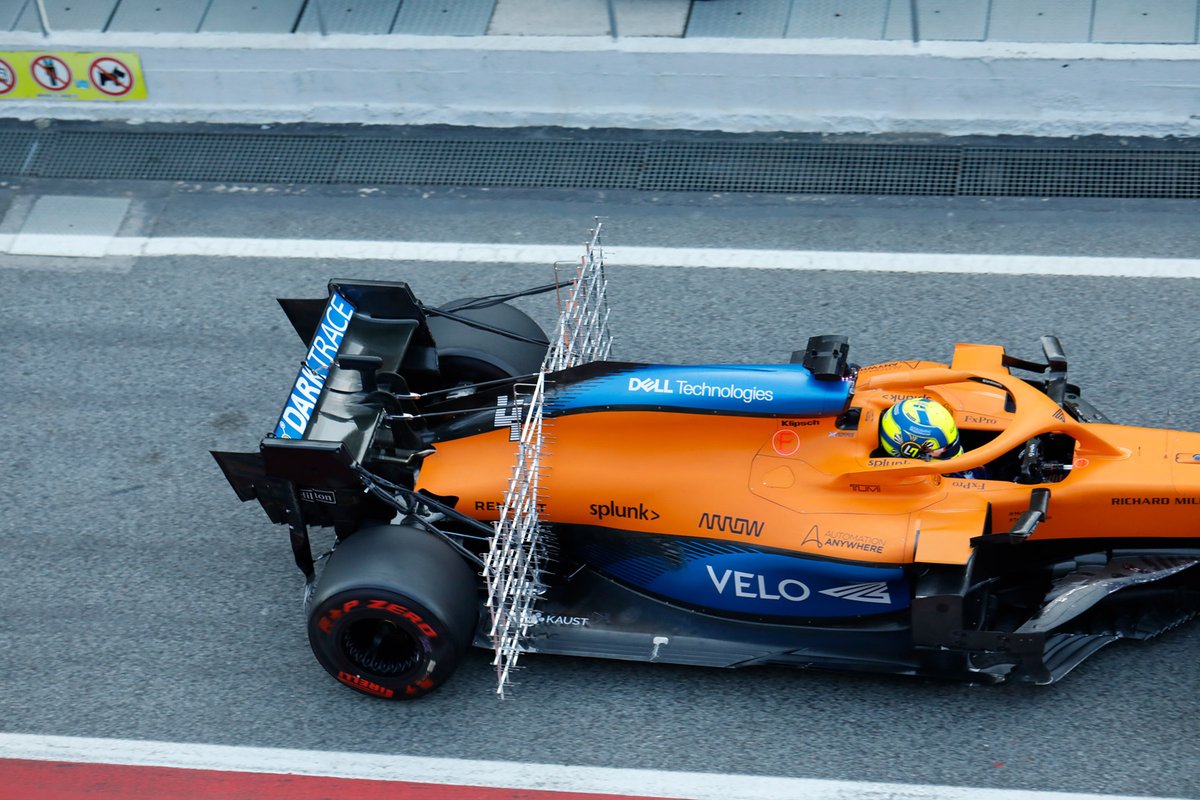 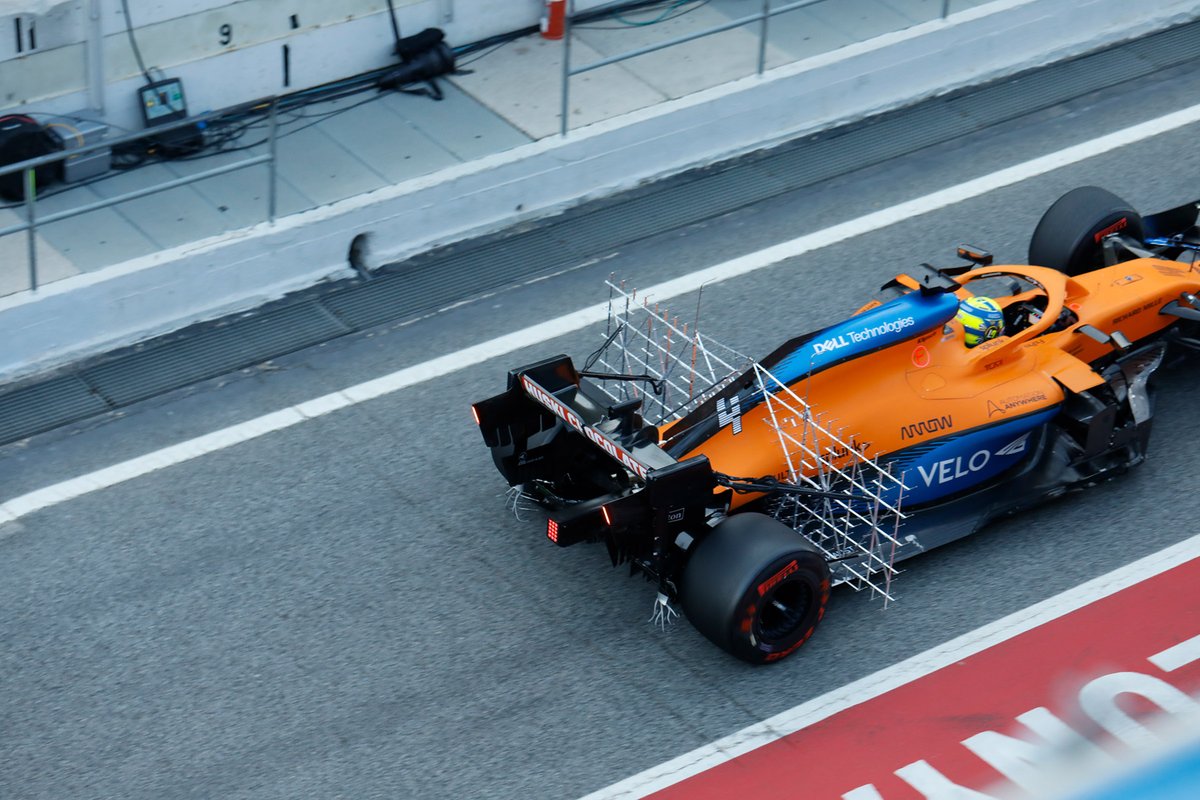 In the close up the airbox looks painted black there

Basically going by the quotes, Mclaren are running a preliminary base package to get the foundations right before upgrades can be slapped on. With 161 laps done, i think the team can start playing with setups. Last year the car worked well in high downforce trim but struggled in low/medium downforce configuration. I hope Mclaren have found solutions to the issue. The car is still lagging in S3 and Sainz has said upgrades are in pipeline to address slow corner performance. So only in Melbourne we will see the true potential of the package.

Essentially the teams have more options this year because of the stable regulations - they can mix and match new and old much more easily.

McLaren and some other teams like Ferrari have gone with the approach of bringing a more interim car to the first tests, focusing on the more major aspects of the car first (suspension, cooling, powertrain) which are the areas where you most need a lot of mileage. We'll have to see how big the upcoming changes are.

We'll also have to see what approach the various teams take for in-season upgrades. I suspect the top 3 will bring regular upgrades until the championship is relatively sorted but the other teams will be more cautious. I'd expect the likes of McLaren and Renault to bring at least on major upgrade though.

I agree with others on the RP fiasco. Mercedes have played a dirty game. Sharing components is one thing but this is like sharing the complete CAD diagram of w10. Shameful stuff from Toto

Lets not get our knickers in a twist over this. The W10 Mercedes was driven by Hamilton, developed and operated by Mercedes including lots of innovative technologies and expertise that will not have been shared... (especially where they are giving Mercedes an advantage on their current car). RP have none of those things. They just have the PU and listed parts package bolted to a in the most part, copied year old design. This, I guarantee, will not translate to anything CLOSE to what the W10 was capable of in the hands of Hamilton/Mercedes. I guess people are about to learn what difference the hidden benefits make. Just look at the blatant copy of the RB run by TR back in the day, Even with far closer collaboration than Merc/RP will be, it was nowhere, just a midfield plodder. If it was easy Red Bull would have had 4 cars running near the front for years.

F1 is all about the accumulation of hundreds of marginal performance gains. And these aren't just physical but operational too. And it's about increasing those gains through development. A customer/clone team is NEVER going to be a threat to a works team, that would defeat the whole purpose. As others have said, if McLaren can't beat year old clones they're miles away from where they need to be anyway.