Was Christian Kautz really a test pilot for Lockheed during World War II? This seems to be one of those ‘received wisdom’ things and is stated in many places - on Wikipedia, obviously, plus Historic Racing and many other F1 sites. Or is this a bit of 'promoter's fiction' designed to remind people of his existence when he returned to racing in Europe after the war? Or maybe even either a complete fiction or just a  simple error?

In late 1939, Christian Kautz - who, while a student, had represented Oxford University as a skier - had qualified as a ski instructor and he and his German-born wife Marie-Laure emigrated to the United States in early 1940, apparently with the intention of setting up a ski school in partnership with his friend Martin Fopp, who later became a multiple US champion skier. However, he and Marie-Laure seem to have divorced almost as soon as they arrived there and he remarried in mid-1940, to department store heiress Mignon Woidemann. In mid-1942 he became a US citizen, at which point he described himself as a 'flying student' - when he had registered for the draft in 1940 he didn't declare an occupation. So would someone who apparently didn't even have a full pilot's licence in 1942 really have been hired as a test pilot? Seems unlikely. I can believe he might have been a ferry pilot, taking planes from the factory to operational air bases, so could that be the real story?

However, it gets more confusing. There are several post-war travel records for a 'Christian Kautz-Scanavy'. The home address on two of them, in 1946 and 1948, in Loma Vista Drive, Beverly Hills, tallies with that of Christian and Mignon Kautz. The 1946 one – TWA from Paris to New York - is near-illegible, but in 1948, travelling KLM from Amsterdam to Boston, he is described as a pilot. So far so good – other details like the middle initials CR (for Constantin Richard) also tie in. And as we know, Christian Kautz was one of the three fatalities during the ‘black weekend’ at Bremgarten in 1948, the others being Achille Varzi and Omobono Tenni.

So, the next mystery is where did the second half of the surname come from? And why?

Researching this further I discovered that Mignon remarried, less than a month after Christian’s death, to one William W Winans. Marriage records show her as Mignon Kautz-Scanavy.

However, in later years there are records of a Christian C Kautz-Scanavy travelling by sea from New York to Cannes (‘in transit to Switzerland’ on a one-year visa) in 1956 and two return journeys – Paris-Los Angeles on Pan-Am in 1958 and Zurich-New York by Swissair in 1960. No ages given, unfortunately. But the 1956 outward record says that this chap was born in California. Mr and Mrs Winans – as well as Neva Nadine W Winans, who was their daughter, born in 1949, were also on board, in transit to Switzerland. The two airport arrivals both give an address in Pacific Palisades CA. As do later arrival records for William and Mignon Winans. What I haven’t been able to find is any trace of the birth of Christian C Kautz-Scanavy. There are no 1940s Kautz births which fit and the name Scanavy seems exceedingly rare; possibly Greek. So who was he?

I suppose you are familiar with this:

He could be a twelve-year old kid. Son of Christian and Mignon?

I suppose you are familiar with this:

He could be a twelve-year old kid. Son of Christian and Mignon?

Yes, I had seen that, but don't have access to that site - and what is strange is that Ancestry doesn't seem to have any record of that birth. It's usually very good on Californian births. With luck there might be something in the LA Times or similar which might provide some sort of confirmation.

Working hypothesis would be that the 1956 visit was to meet the Kautz family and/or attend a school in Switzerland.

Although none of that solves the test pilot question!

Christian Constantin Kautzscanavy was born on May 29, 1944 in Los Angeles County, California. His father's last name is Kautzscanavy, and his mother's maiden name is Woidemann.

Thanks Reinhard. But that one still doesn't show up on Ancestry!

Round the Tables at the Dinner-Dance

for the Airborne Forces Security Fund

(Function held at the Savoy Hotel.)

were two more of the guests."

The man in the photograph in Tatler is one and the same with a photograph of Christian Kautz, the racing driver, as published in the book Verstummte Motoren by René Häfeli, 1969.

Thanks, Rupert. Actual date of that function, according to The Times, was June 2nd. However they just reported that it was going to happen in their June 2nd edition - and that it had happened in their June 3rd edition!

I have a picture from a Reno paper of Christian and Mignon, taken just after their marriage.

Mrs Margaret Sweeny was somewhat infamous and will be better remembered by those of us of a certain age under her later married name of Margaret, Duchess of Argyll.

Thanks, Rupert. Actual date of that function, according to The Times, was June 2nd. However they just reported that it was going to happen in their June 2nd edition - and that it had happened in their June 3rd edition!

I have a picture from a Reno paper of Christian and Mignon, taken just after their marriage.

Mrs Margaret Sweeny was somewhat infamous and will be better remembered by those of us of a certain age under her later married name of Margaret, Duchess of Argyll.

Yes, Mrs. Sweeny has a striking décolletage in the photograph - dressed to kill.

Yes, Mrs. Sweeny has a striking décolletage in the photograph - dressed to kill.

The plot thickens. Although it gets no further regarding his status as a test pilot. This portrait of Kautz is on a Swiss website called Portrait Archiv: 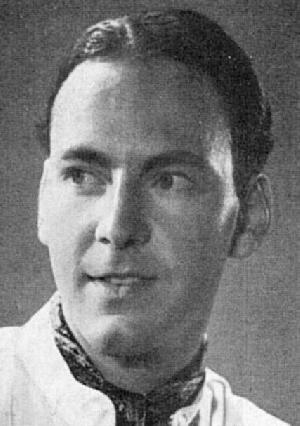 Described as being 'Christian Kautz-Scanavy' and sourced to the Museum Burg in Zug.

In days gone by, newspapers in popular holiday resorts often published lists of current visitors to their hotels. In Montreux, there was a publication dedicated purely to this, entitled the Journal et liste des étrangers. In 1924 there is an interesting conjunction of surnames at the Grand Hôtel des Narcisses in Chambly ...

Described as being 'Christian Kautz-Scanavy' and sourced to the Museum Burg in Zug.

I agree that the original question which is posed in the title of this thread is, and remains, a mystery, and interesting one at that.

When somebody has a 'double handled' name, such names are often shortened for a variety of reasons, at particular points in their lives

From the above posts I see you have access to the Ancestry site, so you will have seen from documents accessible there that :-

Christian was born in Brussels on 23rd November 1913

His father was Ferdinand de Scanavy Kautz, who was only Swiss by naturalisation.

Christian was hence also only Swiss by the naturalisation of his father.

He petitioned for U.S. Naturalisation on 15th February 1940, a matter of days after he arrived in the U.S. on his 1940 visit (he had visited before).

I am sure diligent research would discover more about who his father was, should you be interested. By the time of Christian's marriage in Reno in July 1940 reports imply his father was no longer around, as they only mention his mother 'Mrs Ferdinand de Scanavy Kautz', so maybe his was deceased. I suspect your 1924 Chambly/Montreux hotel listing shows Christian and his (maybe already widowed) mother (initial R).

Better, surely, to concentrate on Christian's U.S. flying exploits, per the original subject of the thread.....

Remember that 'test pilot' is a term often applied in a somewhat misleading manner.

Lockheed produced something over 19,000 aircraft during the Second World War - including more than 2,700 B17s under sub-contract to Boeing.  While leading 'test pilots' became celebrities for venturing into the unknown flying new types - or assessing new variants - the majority of company pilots spent their hours aloft engaged in far more prosaic tasks, simply flying a shake-down programme on brand-new aircraft straight off the production line, before a batch would be signed-off for service or delivery crews to take them through the Air Force unit delivery system.

If Kautz was indeed on the Lockheed payroll in a flight crew capacity he could well have been assigned to such routine production check flying rather than anything much more exciting.

Lockheed's most celebrated test pilots of the period were Tony LeVier, Ben Kelsey and Milo Burcham - the latter losing his life flying a 'Shooting Star' P80 prototype in company service in 1944.