I have a couple of questions about the early days of Calder Park. Mostly regarding track layouts and a bit of during what years they were active.

The 1950s dirt track, my sources just mention it was similar to the current Club circuit. Anymore details would be great especially aerial images showing the whole track or a track map. Also what year exactly the first race was held there.

Onto the 1962 paved track, this program shows a rather different first turn from the modern version. Is this artistic licence or was that turn modified one of the intervening modellings of the place. Also is that a small oval in the infield?

There is a mention of Rallycross events through the 70s. Apart from some flying cars I couldn't find any pictures. Again any info on in which years these were held an what the actual track was would be greatly appreciated.

Regarding the area denoted as Haack's Corner at Racing Circuits infos track map that got moved back to include the esses. Is that map accurate? It appears that would put the original corner on top of the hill overlooking the drag start.

Finally there is the pesky question of what looks to be a motocross track seen here, but all I could find on that are clips of the 1990s Supercross competition. That looks more like a temporary track, while the one in the wiki image looks semipermanent

PS: I'm assuming the dragstrip has been there since the initial pavement in 62

They don’t really answer your questions, but these earlier threads on Calder may be of interest: 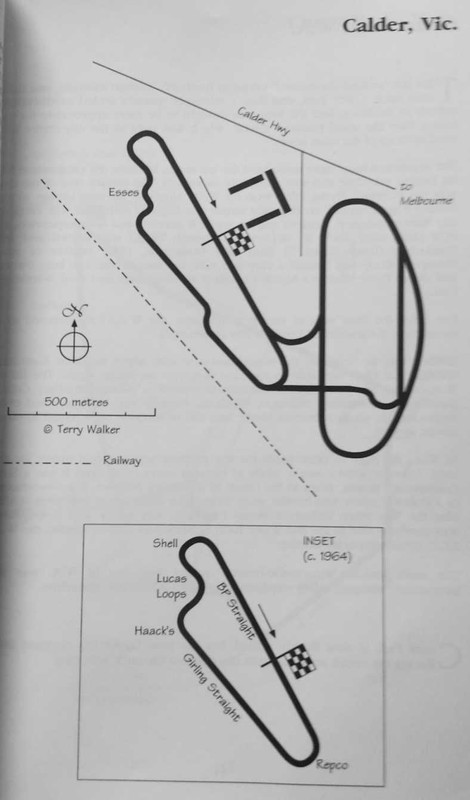 Google Earth shows there's not much point in relying on it for past renditions, it's all been carefully blotted out: 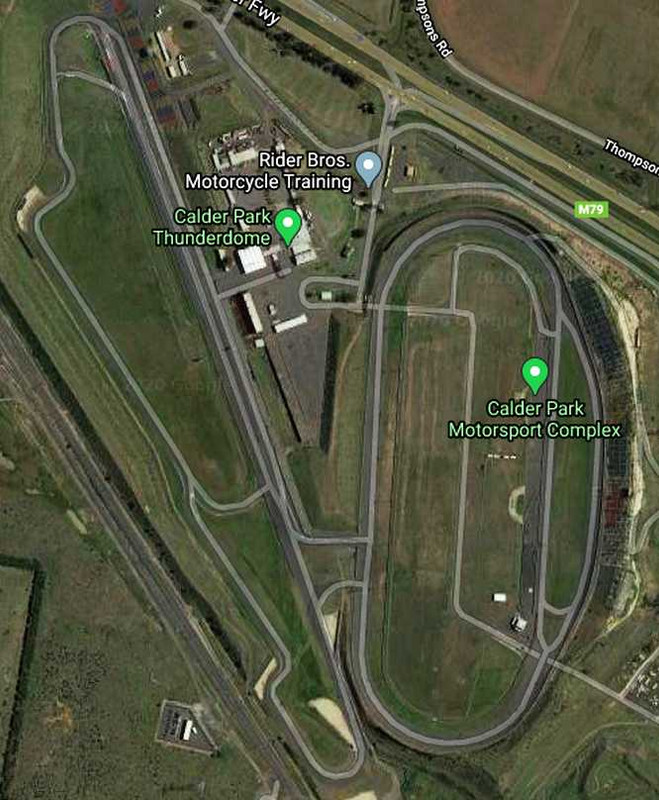 Peter Coleby wrote a piece about the new circuit for UK Autosport magazine and is published in their February 2 issue.

The second event held there was February 11 for motorcycles - run by The Harley Club of Victoria. A strong presence in organising m/c racing over many years before.

Then the Light Car Club of Australia ran a meeting at Calder on February 25. As far as I'm aware the June 24th programme cover you reference is the 6th meeting to be held there.

I don't have much recorded on the Rallycross events but it was started in late 1969.

Motocross and rock concerts have been held at Calder over the years. Concert goers broken glass could be found in parts of the precinct for years (probably still can). As the crow flies Calder being within a couple of miles to the old 'Sunbury Music Festival' site of the 1970s. Bob Jane would run just about anything at Calder if it would bring people through the gates.