Here's a real obscurity from the past.

Who knows anything about Meiritsu Racing, who entered a car (a Tyrrell 007) for Kunimitsu Takahashi for the 1977 Japanese Grand Prix? It seems almost impossible to find much credible information on them.

I have found this link to an engineering and technology firm and wonder if it's the same -https://www.meiritsu...ng/profile.html

Quite a striking livery they had. Chassis is 007/5 and according to Allen at https://www.oldracin...m/tyrrell/007/5, it was still in Japan in 2014. As it was the same car driven by Hoshino for Heros Racing, the link might be there somewhat?

Takahashi had enjoyed a fantastic season in Top Formula in 1977, coming second in the series, despite being 37 years old at the time when he made his Grand Prix debut the choice to use him seems straightforward - adding some more local interest to swell the attendance. 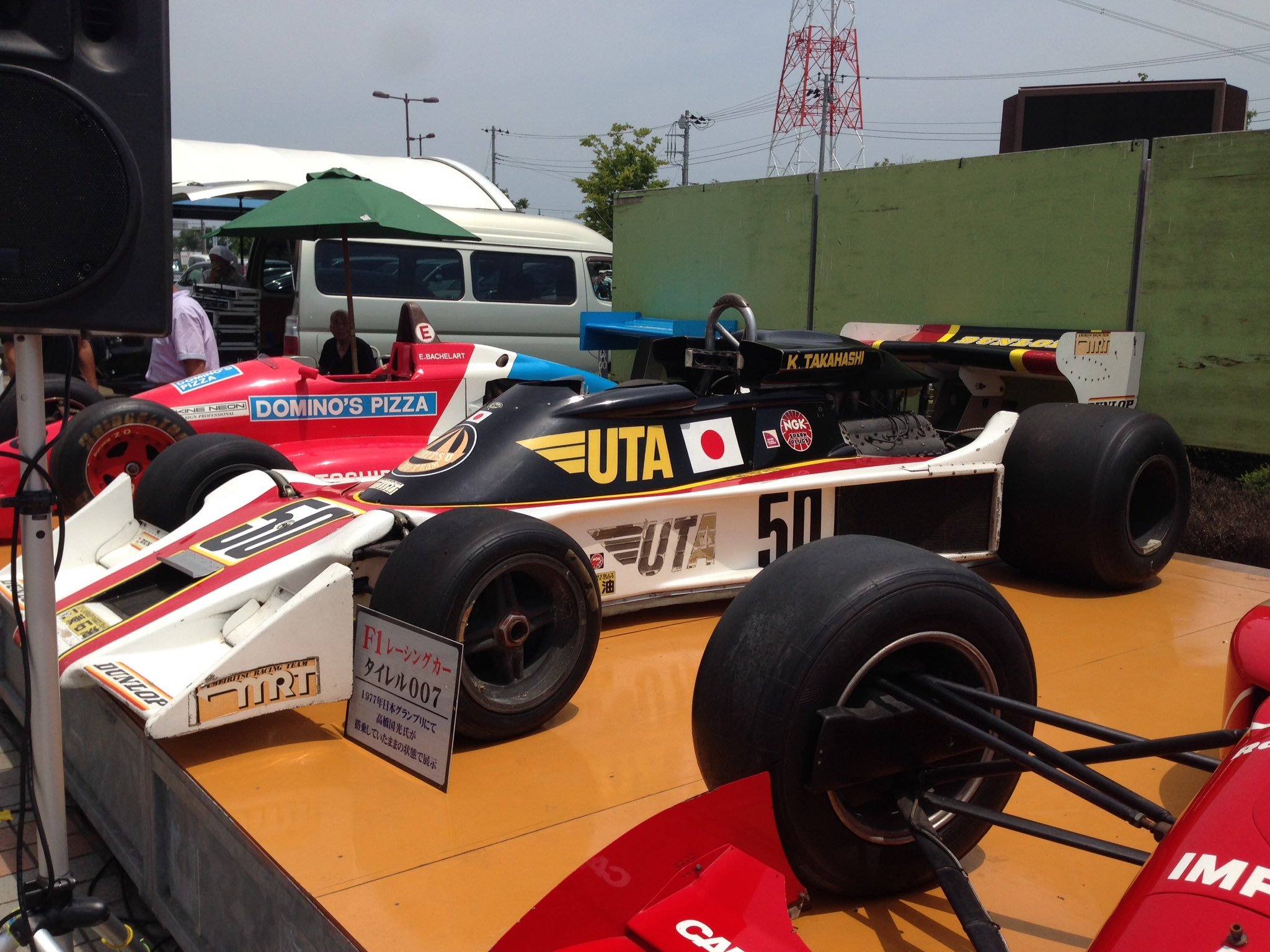 There's a very good in-depth article on the HEROES RACING team's history in the September 2009 issue of RACING ON magazine (issue no.442).

I think Meiritsu was probably just a sponsor, like in Meiritz Seiki Co,.Ltd is a leading company of precision vibration isolation system. But I will readily confess that Japanese team structures have always remained a riddle to me, despite spending considerable time on the subject some twenty years ago. I don't think Kunimitsu was ever competing for Heroes, so I'm not sure they really owned the car. It may have been with a private enthusiast, who loaned out the car to Hoshino and Takahashi, maybe it was Meiritz Seiki or someone within that company after all. Where's Allen Brown when you need him?

Okay, found a bit more: apparently, the car was "ex Heroes Tyrrell, but it was purchased by Meiritsu Racing through Kojima Engineering" (F1ミニカー拾い集め日記（1976〜80年限定）: タイレル007／高橋国光／1977／スパーク (f11976-80.blogspot.com)). A man named Tadashi Tateuchi was apparently involved; and today a man with the same name is "managing director of the Japan Electric Vehicle Club" and said to be a former (and apparently re-formed!

Heroes Racing (established by Hiromu TANAKA in 1972) sold the car to Meiritsu Racing Team (which was built around Kunimitsu TAKAHASHI).

There's a very good in-depth article on the HEROES RACING team's history in the September 2009 issue of RACING ON magazine (issue no.442).

There's also an article about the Meiritsu Tyrrell in RACING ON 457 from 2012.

Heroes Racing (established by Hiromu TANAKA in 1972) sold the car to Meiritsu Racing Team (which was built around Kunimitsu TAKAHASHI).

Was Meiritsu perhaps the team behind Speed Star Racing? I always wondered about that.

Michael and PZR, thank you, much appreciated. I do love the background to the private entrants of Formula 1.