In case anyone missed this in the 'Mentioned In Passing' thread. Hannu passed away yesterday after a long illness.

Oh no . He was such a huge star when I started marshalling. He crashed in front of us in Dalby on the RAC at what came to be known as Mikkola's bend , and I still have the tax disc holder from his Escort which , err, fell off when  he rolled it . Roger Clark was sublime of course, Makinen and Blomquist wonderful , but it was Mikkola and Vatanen who epitomised the insane levels of commitment a rally driver could get away with if they had the talent . Perfect Mikkola moment  ? The sight and sound of him at night in the Sport Quattro .

Just like Lauda's passing  did , Mikkola's death makes me feel older than I want to be .

Just like Lauda's passing did , Mikkola's death makes me feel older than I want to be .

RIP Hannu, and thanks for so many great memories.

Very saddened by this news.  Hannu was in my limited experience an absolutely charming gentleman.  He was always a very welcome guest at the Festival of Speed and I remember watching him fly by - airborne or sideways or both - on RAC and Gulf London Rallies and wringing more sheer off-road speed out of an Escort or an Audi than one could ever believe possible, or conceivable...or sensible...

One rainy year at Goodwood he told me with a broad smile that rain-soaked Sussex turf, tearing away from the greasy South Downs chalk beneath, provided the slipperiest surface he'd ever experienced.  Considering what surfaces he'd tackled in his glittering career I thought that was quite something.

Sincere condolences to his family and legions of friends, and fans, worldwide.

Sad news indeed. Another ace from my younger days has left us.

This is indeed very sad to hear. Another legend leaves us but our memories of him will remain for a long time

Sad....I fondly remember watching Top Gear's coverage of the RAC rally every year in the 80s and his driving was always a highlight.

Sad news. I saw him several times on RAC stages in Wales and the West Midlands. But I was also one of the many at Shelsley when he took the Quattro up the hill in the mid-eighties. That was a memorable day.

Oh no, I'm really sad to hear this. I've had the privilege of meeting him and his charming wife Arja many times at Goodwood and they always came across as thoroughly nice, friendly people. Not least he was an absolute legend as a driver of course.

This is the last time I saw them on the Sunday evening of the 2019 FoS. 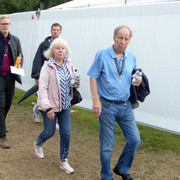 Just look at the different cars he drove in international events -- Peugeot 504, Opel Kadett GT/E, M-B 450 SLC, loads of Audi Quattros and Toyotas and Mazdas. Wow. I think of him as an Escort driver primarily and thank him for inspiring so many youngsters to have a go.

1st saw him competing in a Morecambe CC Players No 6 Autocross at Kendal, July 1969....he shared Ian Harwood's Escort 1600 TC...12 months later, he returned having just won the 1970 London-Mexico World Cup Rally...his car from that was on display, he demonstrated a BVRT Capri with Tony Mason doing commentary from the hot seat !
1st European to win the Safari [

]
The best ever Escort driver....he was the master, Ari the pupil but Hannu generally had the edge.
Then we had his drives in the Quattro, launching that onto an unsuspecting rally world.
RIP Hannu...

RIP Hannu, one of motorsport's great drivers and gentleman to boot.

This has come as a horrible shock.  Hannu just seemed to be a rallying fixture, who would always be there.  A truly great driver and a very fine person.  Modest, unassuming, funny and ultra-competitive, the very model of how a rally champion should be.  I am glad to have seen him in action at the height of his career.  RIP.

Dreadful news; I saw him drive several times and never worked out how he did it! RIP

In a parallel universe, Hannu & Bjorn are on Course Car Duties on the Arctic Rally this weekend.... 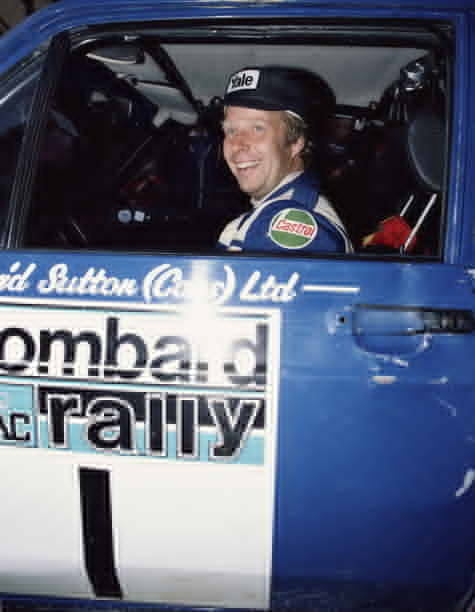 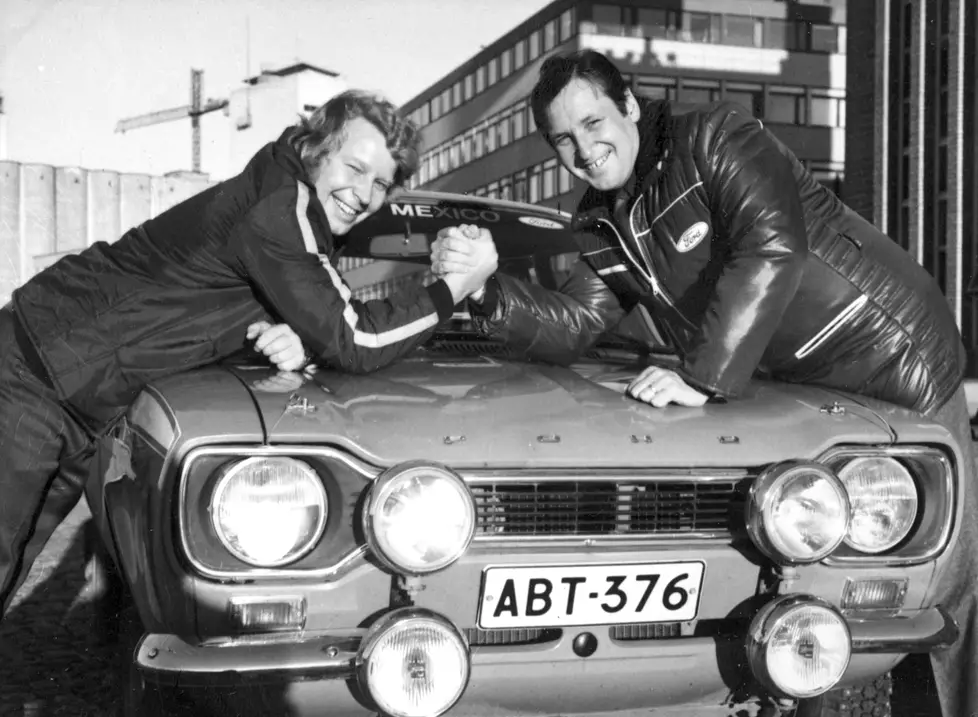 Coincidentally, this Flying Finn's legacy was on proud display at the WRC Arctic Rally, today. Almost all WRC drivers interviewed there, certainly the Nordic ones, nominated Hannu as their inspiration! Also, when interviewed, Michelle Mouton gave a fitting tribute to her former teammate and lifelong friend, stating that Hannu welcomed her to the Audi Team as an equal, generously sharing all his setup knowledge and experience with her, though she was 'just a girl'.   Rally In Peace

So sad to hear. And it makes me feel that I'm becoming older as well.

So sad to hear. And it makes me feel that I'm becoming older as well.

Yes,my thoughts as well,met him a couple of times when he came to Australia to compete in the Southern Cross Rally,i think the first time was in a Lancer and then Datsuns.

I'll try and find some links.

Throat cancer in case you wonder

Oh sh!t. A guy in another car enthusiast forum I join just had throat surgery; can't speak anymore but is alive and still full of energy.

Cancer is just evil, I have lost so many friends to cancer, many way too early.

RIP to a true giant of rallying, he and the Audi Quattro will be etched in my mind forever.

What a sad news.

There was a fitting one minute silent tribute to motor sport icon, Hannu before today's WRC Arctic Rally podium presentation. It was attended by his former co-driver, Jean Todt and his former team mate, Michelle Mouton, amongst others. There was also a flyby by the Finnish Air Force.

Yes,my thoughts as well,met him a couple of times when he came to Australia to compete in the Southern Cross Rally,i think the first time was in a Lancer and then Datsuns.

I'll try and find some links.

He drove a Lancer GSR in the 1975 Southern Cross, but retired.  I can't see any other times that he did that rally, and his only Datsun drives were back in 1968. But I stand ready to be corrected on this!

He drove a huge array of cars over his many years of rallying - pretty much everything bar the Lancia Stratos and any of the Gp B cars other than his Quattro.  He even drove a Porsche 911 on the Monte Carlo Rally, co-driven by Jean Todt, which was one drive I didn't remember!  A legend of rallying.

Hannu Mikkola came to Shelsley Walsh in 1986 - I remember his fantastic climb in the Silver Quattro - just slower than the top single seaters.

He drove a Lancer GSR in the 1975 Southern Cross, but retired.  I can't see any other times that he did that rally, and his only Datsun drives were back in 1968. But I stand ready to be corrected on this!

It's slightly worrying to realise that Hannu Mikkola was not one of the original "Flying Finns" but was almost "next generation". How we all age.

He went through a (mercifully brief) period when he was affected by over consumption of the liquid that an over consuming contemporary like Makinen seemed oblivious to. I've no idea whether it was truly the reason for him turning up without the car keys to start the RAC in a Celica but the rumour lived with him. Whilst Waldegard was the rock on which Ford's WRC was founded, it was Mikkola who seemed to do the most winning whilst Vatanen did most of the crashing.

Like so many competitors,I hated the arrival of 4wd and resented the Quattro and its drivers for that. Reality was that Mikkola had already more than proved himself in 2wd (just as Mouton had in the Fiat France 131).

I never watched many top drivers on stages. There was generally more to learn by being at service areas. Having retired from the 73 Scottish, we went out to watch the last two days with our service crew. Mikkola had gone off on an early stage and lost enough time that he was never going to make it all up and beat Clark. Instead of getting the next plane home he at least tried. Somewhere west of Fort Augustus we watched near the finish of a stage that emerged from the tree line and descended to the finish through fast open sweeping bends on the hillside. HM burst into view and proceeded to hang the appropriate front wheel over the steep drop on the edge of each one. Our least experienced team member had never watched a forest stage and was moved to exclaim "F*** Me!". Thing was, I was muttering exactly the same words because never before or since have I admired a drive that much. 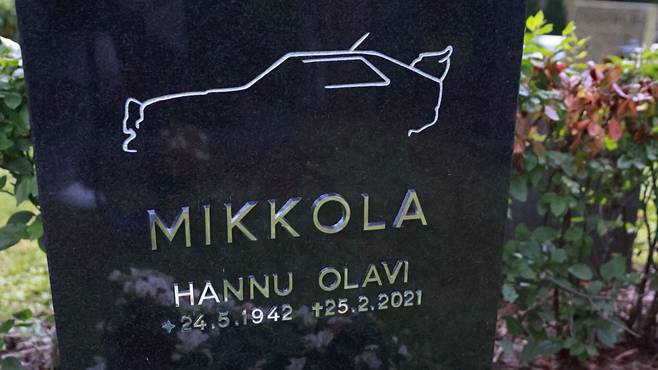 Article is in Finnish.

How could I have missed this? one of the best rally drivers of all time without a doubt.