26 replies to this topic

Welcome to submit your entries for the 22nd season of PTPC! With 23 races expected this season, there's 2323 points to distribute.
The points scaling system introduced last year worked out fine, so I've decided to make that the permanent way to account for entries that deviate from the points target.
I still hope that entrants at least attempt to make a correct entry, to make direct comparisons easier and to reduce my workload a little.

This is what you do:
***Post a reply here with your guess on how the WDC final standings of this year will look. There are 2323 (23*101) points to be distributed. Bonus points for fastest laps are ignored.

*Points are assigned to specific drivers, not "the second Ferrari seat" or anything like that (meaning that points placed on one driver aren't transferred to his replacement in case of a driver change).

*You can edit your entry as much as you like until the deadline, which is at the start of the first free practice of the first GP of this season.

*Using a spreadsheet to get the points sum right is really helpful, your initial points allocation is likely to add up to much more due to the widespread preseason optimism syndrome.

This is how points are scored:
* If your entry doesn't add up to the points target of 2323, your entry will be scaled to make it so. After a rounding off process, scaled entries too will contain only integer values.
* If scheduled races are cancelled, all entries will be scaled down accordingly.

The competition is open for entries and changes to these until first free practice starts at Melbourne.

This is my preliminary prediction, which might change before the season start:

If you think a driver will score zero points, you don't have to put him in your list.

If you think some driver will come in as a replacement during the season and score points, feel free to place points on that driver too. Again: points guesses are not transferred to replacement drivers from the one being replaced!

I have no idea how you make those tables work.

I have no idea how you make those tables work.


Your keyboard's spacebar is your friend!

Your keyboard's spacebar is your friend!

And what about colours. Do you add them manually too?

And what about colours. Do you add them manually too?

that's what code tags are for, for writing source code

that's what code tags are for, for writing source code

So we're back to the beginning- how do you all make it work?

So we're back to the beginning- how do you all make it work? 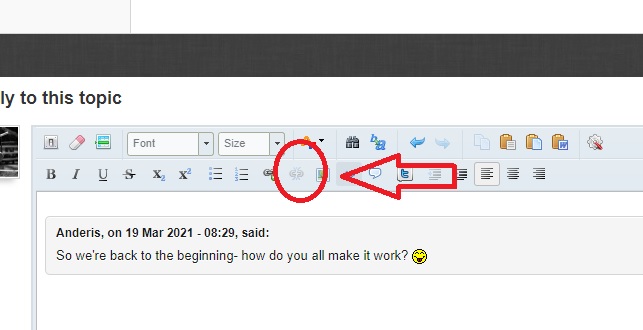 The put your text inside the box, forget the rest of what you see, just the box, then press ok and you are done. I did exactly this but the text of you all is colorful and my is not for some reason?

I did exactly this but the text of you all is colorful and my is not for some reason?

My guess is depend on you typing it in the box, or cutting / pasting from a document - I cut and past from UltraEdit, after doing the tabulation in excel, there could be some formatting carrying over from there - Since I do not care about the colors have never really delved into that aspect. - You can see how the text in my sample is black, I typed that in there.

Go for the win!

Hamilton 410
Verstappen 350
Bottas 300
Perez 260
Ricciardo 160
Norris 140
Alonso 130
Leclerc 130
Sainz 110
Ocon 90
Vettel 60
Stroll 60
Gasly 60
Tsunoda 50
Räikkönen 7
Giovinazzi 4
Russell 2
Latifi 0
Mazepin 0
Schumacher 0
Pretty tough this year. The top four and the midfield are both difficult to predict!
I've gone for a bit of a gamble on the idea that the Aston Martin drivers will be disappointing and that Alpha Tauri will match them for points... If Vettel's on the podium this weekend then I've pretty much lost already!