Another prolific member with huge motor sport, rallying and modified motoring (in both car conversion Hot Up kits and journalism) history, John Sprinzel has passed away earlier this week.

Speedwell John - Hawkins and Bennetto are waiting with tuned Sprite for the next chapter.

My condolences to his family and friends.

Very sorry to read this. Sincere condolences to his family and friends.

Very sad news indeed. He knew me through my Dad and ECF. He came up with the name Rallycross when that sport started.

In his later life, he lived in Hawaii and was a surfing instructor.

When I bought his biography [he wrote 3 books I believe]  a few years ago, he signed it with "Aloha".

I had the honour of taking John, his lovely wife Caryl and Jack Wheeler along to the Ace Cafe a few years ago, when he was last over in the UK. It had been over 60 years since his last mug of tea there. It's an evening etched on my memory. A thrill for me as he is one of my heroes. RIP John

Here's John and Willy Cave between sections at the gruelling 1958 Alpine Rally and heading for Class honours. 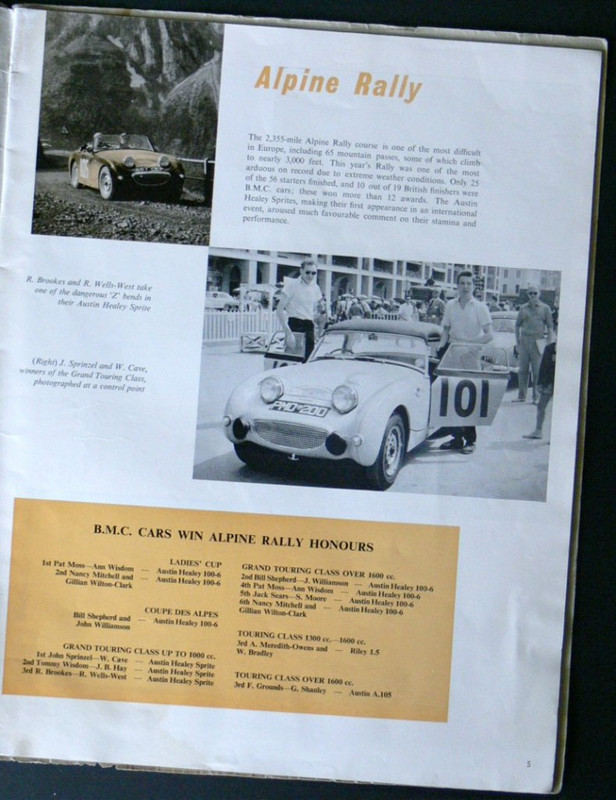 Yet more sad news...I never got to see the Speedwell A35s but saw plenty of Sebring Sprites.
Condolences to all friends and family

'John Simpson' aka John Sprinzel's early days of magazines. Plus Ray English's 'Marque One' Sprite magazine with Tony Bennetto's cover photos and story after he arrived in Hawaii for John Sprinzel's 80th birthday. 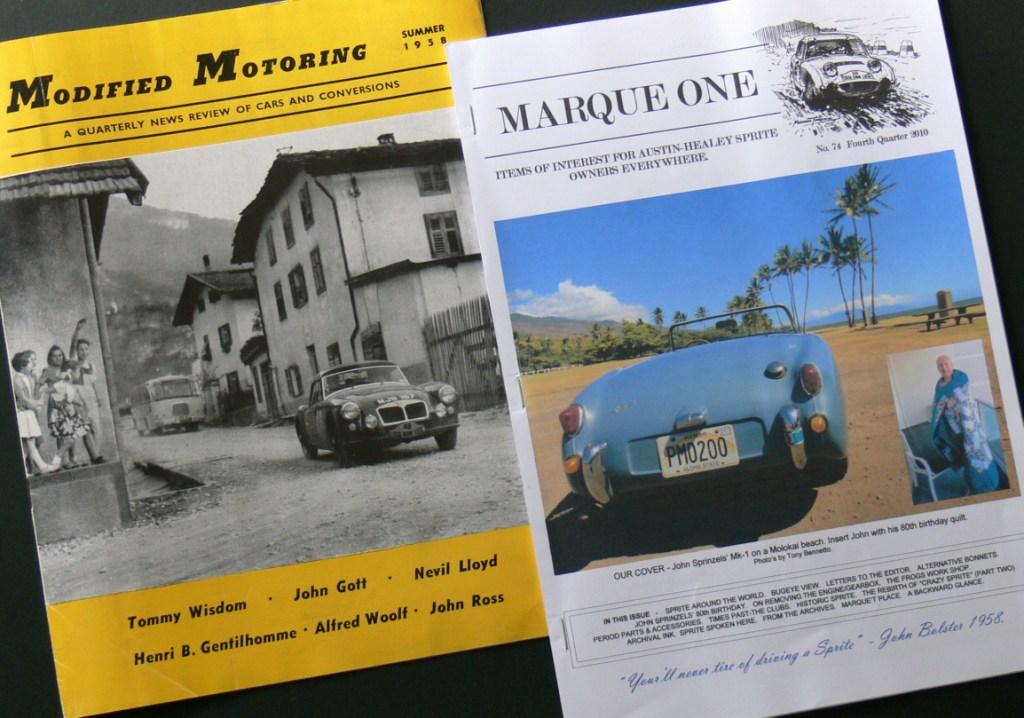 Henry N Manney wrote for MM under his Gentilhomme pseudonym

Edited after grey matter failed to retrieve the correct motoring writer. As noted by DCN.

Obituary from The (Glasgow) Herald:

Obituary in the newsletter from MG Car Club:

Quite a brave choice going for a Midget on the '68 London to Sydney Marathon.

He was leading privateer and around 10th. O/A when a stub axle broke just as they entered New South Wales.

Due to lack of storage space and weight concerns he's decided against taking a pair of spindles as spares. 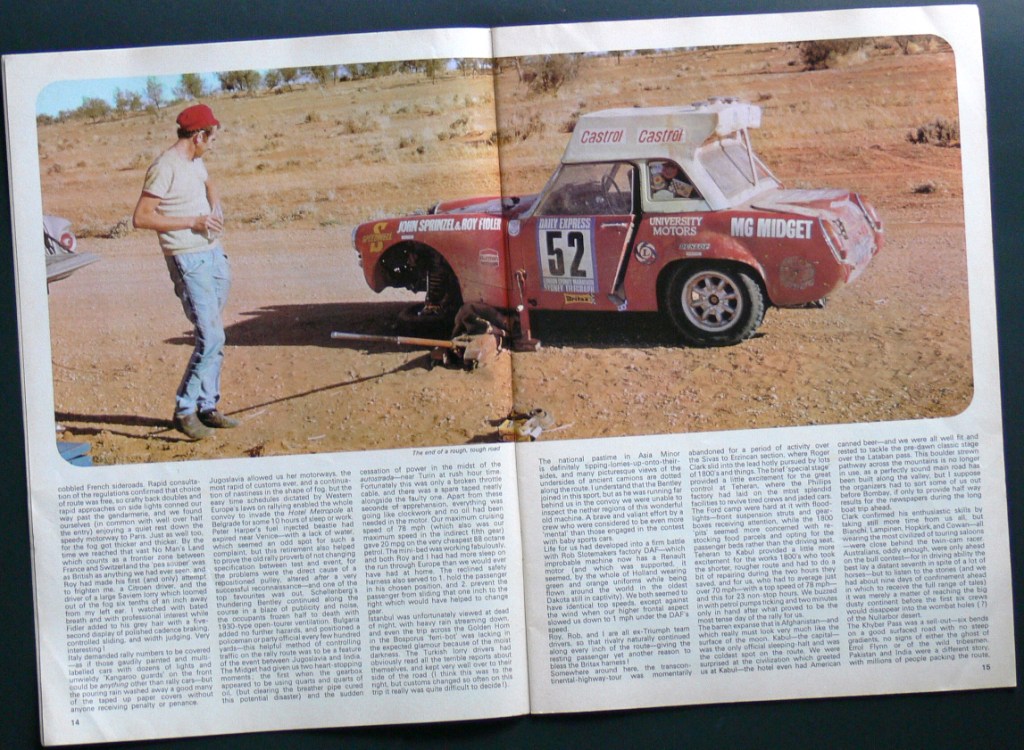 And in The Times today - he gets a full page.