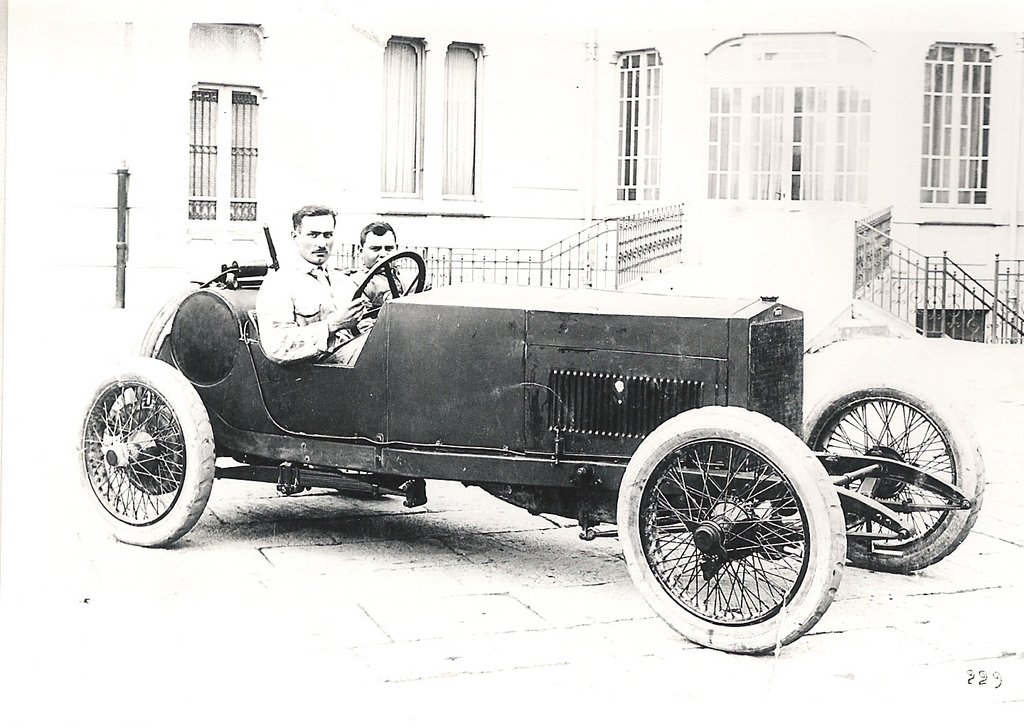 This photograph is of Carlo Massola and his mechanic, Poldo, in a 1922 Diatto Type 20S, probably taken before the 1922 Targa, (place unknown) in which Massola was a works entry. DNF after 1 lap 108km lap of the Medium Madonie.

Massola emigrated to Australia in late 1922, or early 1923, bringing with him one of the T20S. These racing cars are easily distinguished  from the touring Type 20 by their cantilever rear springs, tourers had semi-elliptics at the back.

We know Massola was a test driver with F.I.A.T. from early in the century, but we don’t have any record of him in races prior, or subsequent to the 1922 Targa.

Do any of you have records of him in competition in Europe prior to his emigration please?

We (Bob King and I) are pretty good on his racing in Oz - primarily, Aspendale Speedway