15 replies to this topic

One of my great-nephews (11 years) has been quite well educated about contemporary motorcycle racing. I'd like to learn him about vintage cars, the hypothetical advantages of a 1950s rigid chassis with independent suspension, until Voisin conceived aerodynamics in the 1920s.

Not much happened over the years then.

Let's post an age limit for the reader of 12 years. Books for youngsters who became as excited as you.

Not sure if you are looking for a text book about vehicle dynamics or a historical tome, but if it is the latter then I recall reading “The Great Racing Cars And Drivers” by Charles Fox when it was first published in the early Seventies, when I was in my early teens, and it really made me fall in love with the history of the sport. The chapter about the development of the Ford GT really ignited my interest in becoming an engineer.

I read a version of Piero Taruffi's The Technique of Motor Racing by Piero Taruffi (goodreads.com) when I was about that age.

My primary school library also had a French version of this book, that introduced me to the 1930s (and made the name Mo Nunn familiar to me because there's a picture of him on a grid in a Lotus 59). 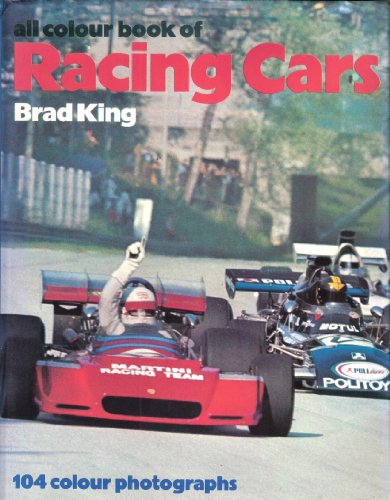 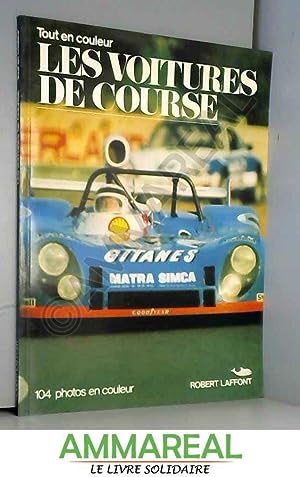 Not sure if you are looking for a text book about vehicle dynamics or a historical tome...

That is all right, Nigel.

How on earth does a GP Bugatti work? Why does the brake compensator from a Bentley, about half a locomotive, run a truck?

Not anything technical here but, aged 11, my first proper motor sport book was unfathomably "The Cruel Sport" by Robert Daley, maybe it caught my dad's eye in the bookshop in the lead up to Christmas 1967-ish. After all the Scalextric wasn't doing it for me any longer.

All the accounts of deaths and disasters in the book upset me a bit, within a few months I'd library-sourced a copy of "Motor Racing in Safety" by Dr Michael Henderson and it redressed the balance somewhat.

Promoted as "A Guide for the Younger Enthusiast" Laurence Pomeroy's The Racing Car Explained (Temple Press 1963) is a good introduction on the various rules, history and technical explanations.

Promoted as "A Guide for the Younger Enthusiast" Laurence Pomeroy's The Racing Car Explained (Temple Press 1963) is a good introduction on the various rules, history and technical explanations.

Yes, but when you are wandering around, what is it about? What is fake and what is real? What is acceptable fake?

Not easy to find these days - at least not at a reasonable price - The Modern Boy's Book of Racing Cars, published by Amalgamated Press in 1938 is a wonderful period piece. Mainly featuring writers and pictures from The Autocar, it was aimed at the younger market and was populist and tabloid in style but – even today – is no less interesting to anyone seeking a feel for the way motor sport was viewed at the time: it includes articles by Leslie Brooke – on his eponymous special – broadcaster Alan Hess, Sammy Davis, Bill Boddy and George Monkhouse.

A more technical volume - probably a bit beyond a child of eleven though - also published in 1938, is Power and Speed, edited by Frederick E Dean. It was “primarily intended for the more knowledgeable sections of the younger generation”. This covered all aspects of the use of the internal combustion engine – land, sea and air – and brought together writers from nine of the magazines published by Temple Press, including The Motor and Light Car. It also featured articles by John Cobb, Sir Malcolm Campbell, Prince Chula and racing driver/test pilot Chris Staniland, who contributed an autobiographical essay called 'Wheels and Wings'.

Don't discount the likes of The Eagle Book of Cars & Motor Sport - or even some of Sammy Davis's books, which are really quite accessible.

I read a version of Piero Taruffi's The Technique of Motor Racing by Piero Taruffi (goodreads.com) when I was about that age.

The book I chose when I won the 1st Year Science prize at Grammar School - Someone borrowed it, never seen it since, particularly annoying as my talented brother had drawn pictures of Fangio and Hawthorn inside the back and front covers.

I suspect you'll need to look at old books for this. My first suggestion doesn't provide any technical understanding, but way back it hooked me on motor racing history. In fact, I grew up seeing history as an integral part of any enthusiasm for motor racing. It is Carlo Demand's Motor Racing Sketchbook, which takes you drawing by drawing from the beginning through to what was then the present - the fifties.

For a slightly more technical bent, how about Denis Jenkinson's Racing Car Pocketbook. This was my essential companion for school speech days and sports days. You can dip in and out and something of a narrative emerges.

A modern book is Adrian Newey's autobiography "How to Build a Car".  It is very readable and explains aero challenges and solutions in terms understndble to a layman (eg me!).

Such a pity there seem to be precious few such books published today.

The Observer's Book of Motor Sport, together with various Top Trumps packs in the 1970's, followed by Autosport, and trips to Kirkistown, courtesy of Roy Bowman, did it for me. (Thanks Roy)

The World of Racing: Sights and Sounds of international motor racing. It contains also a small record with sounds and narration by Graham Hill.

Such a pity there seem to be precious few such books published today.

To go off at a tangent: did you know that the cover picture was Michael Turner's first commission?

My first motor racing book was " The Grand Prix Gift Book", a present from my aunt when I was 6 or 7 and the pages that captured my imagination most were the circuit maps ( especially old Spa ) and the reports of the 1953 French Grand Prix and the 1953 Albi Grand Prix. I guess the current equivalent would be a map of Suzuka and a couple of GP's from 2006 but none are memorable enough to come to mind