Hans Tanner was a very active journalist in Italy with excellent contacts to all manufacturers and he was a book author.

So, does anybody know what had happened to his photo (collection)?

"Hans was a very private person, and the family has few photos of him. There may have been some in his collections, but all of his effects were sold at auction"

My understanding is that Tanner's photos - and numerous other artefacts - were absorbed by contemporary leading lights of the Ferrari Owners' Club of America when they were sold after his death.  I believe Stan Nowak had some, for example.

Tanner was very much an acquired taste - a polarising figure - when active in period through the 1950s into the 1960s.  I was always told that he could not drive and held no licence to do so at that time.  He would ride with test and racing drivers at Modena Aerautodromo and then write heady pieces about having track-tested the latest from Ferrari, Maserati, OSCA, whoever.  His monthly column in 'Motor Racing' magazine (UK) under the pseudonym 'Coche' was much derided by many in the know.  In fact it became widely known as the 'Cock' column, because much of the information therein was either so inaccurate or so skewed to whatever personal promotion he might be pursuing at the time.

He lived in a room in the racers' favoured Modena hotel - the Real Fini if I recall correctly.  Pete Coltrin, the American in Modena, rented another room and when Tanner lit out allegedly to avoid his debtors - and some others with even darker intentions for the Swiss - Pete lobbied the Fini family who ran the place to take over what had been Tanner's room.  The answer was 'no' as long as their fading hopes of Tanner returning to pay his outstanding bill survived.  But one day they accepted reality and Pete was given the key to the room and shipped in.

However, he first had to clear the place of Tanner's 'stuff'.  It included many sheets of letter-headed stationery which Pete used to write to friends and contacts around the world for another ten years or more - including me.  Scuderia Sud America, Scuderia Parravano, Tec-Mec and so on were the headings.  Fascinating stuff.  Pete told me that the largest collection he found was of assorted (and apparently inventive) pornography, but that's another matter.

Hans Tanner settled in the US where he became a relatively well-respected member of the Ferrari and Maserati-centric enthusiast communities there.  And of course he compiled the 'Ferrari' book which in a couple of editions I tried to update and 'improve' for Haynes Publishing.  There were many stories about his pro-Cuban/anti-Castro activities involving alleged involvement in gun running, which I never had the interest (nor the stomach) really to research/confirm/deny.

He finally fell terribly ill with a malignant blood condition - I believe - which perhaps unbalanced his mind and finally led to him shooting his girlfriend of the time, and then himself, in a ghastly murder suicide.  To put it charitably he was an adventurer.  To the less charitable he was - during his most active period within the Italian racing scene - something of a fraud and a charlatan.  But he later earned himself many friends, admirers and supporters within the American enthusiast fraternity.

To put it charitably he was an adventurer.

That is what his grave marker says. 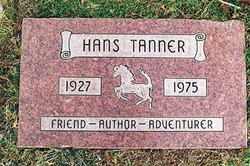 And of course he compiled the 'Ferrari' book which in a couple of editions I tried to update and 'improve' for Haynes Publishing. .... 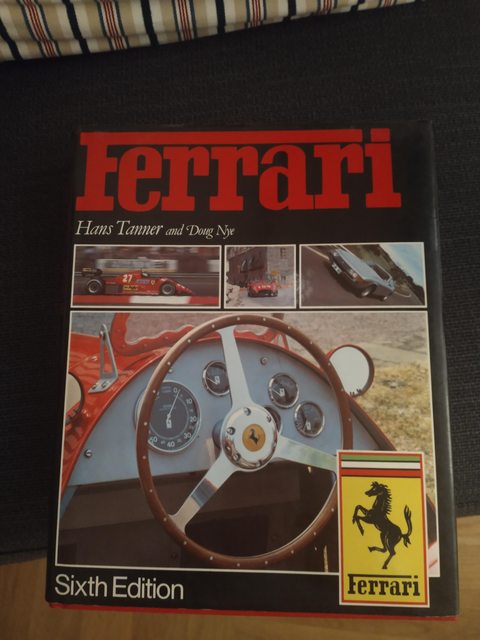 so, after reading your story above, I pulled it from the shelf and only now notice that your name is in smaller font than his.

Many years ago we acquired a collection of Ferrari prints (no copyright attached) from one of the old California Ferrari guys. We were led to believe that these had been in whole or part owned at one point by Hans Tanner. There are some interesting an historic photos there, but very little the does not exist elsewhere.

Thanks to all of you, folks, tor the helpful infos about Tanner.

The first edition of Tanner’s book was probably my first exposure to Ferrari.  I was pre-teen and it  was in the book department of a large department store where my parents shopped. I worried that it would be sold before I had saved the $5.50 purchase price….

But he inspired you? 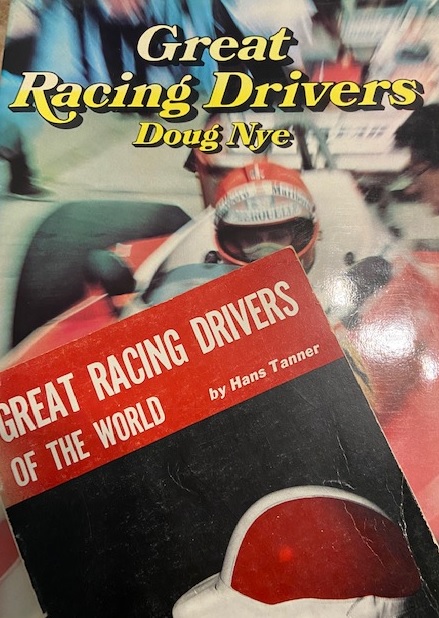 No actually - this is the first I have seen or heard of the Tanner title.  How interesting...

The Tanner booklet is indeed interesting as it brings information of many a driver of the period 1930-1958. And not only the usual suspects like Fangio and Ascari, but also Bracco, Bonetto, Mieres and Bob Said.

Doug's book of course goes way further and wider with the American scene included and drives from 1900 up to 1977.

My first loves were Maserati and OSCA. Motor Racing magazine and Hans keep the dream alive with the Tec-Mec, Formula Junior and the T60/61 Birdcage. After this came Abarth, Alfa Romeo and Ferrari. My Golden Era.

But he inspired you?

I have that book also, purchased in about 1962, along with Denis Jenkinson's The Grand Prix Car", both having cost me $2.75, judging by the price tag printed on the covers.

His Ferrari book was one of my first on the subject. I always thought he was some insider guru during the early fifties. I'm glad current authors seem more robust.

Hans Tanner is shown as entrant for a couple of Stanguellini sports cars at the 1953 Dundrod TT.   Did he own them or was this merely a matter of convenience for him to do the paperwork on behalf of someone else? The cars did not arrive. 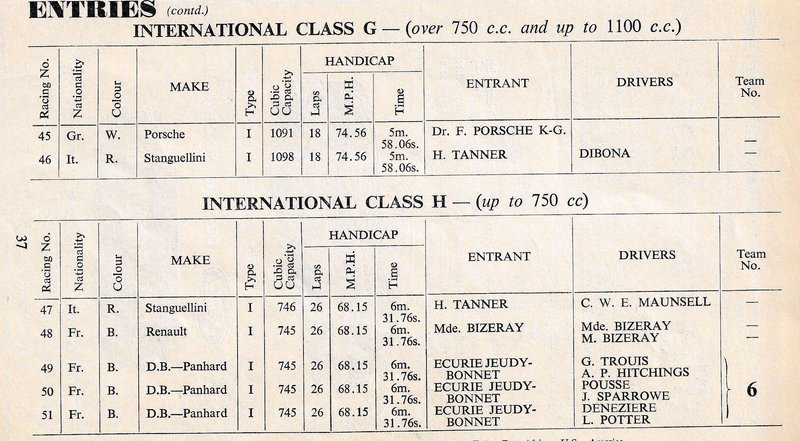 Mainly meeting Hans in Europe, not being California-based, I lost contact with him in the latter period.

I always smiled when I looked into his original Ferrari work -- because anywhere you found an extensive technical description it was lifted straight from my writings.

NEW F1 CAR: The Tec Mec has a six-cylinder Maserati engine (developing 265 b.h.p. at 7,800 r.p.m.) set in a space frame and driving through a five-speed gearbox in unit with differential. The new car, designed by Valerio Colotti, will make its debut at the Italian Grand Prix at Monza, and a firm, presided over by Hans Tanner, will produce several F1 and some large capacity sports cars.

His Ferrari book was one of my first on the subject. I always thought he was some insider guru during the early fifties. I'm glad current authors seem more robust.

Hans Tanner is shown as entrant for a couple of Stanguellini sports cars at the 1953 Dundrod TT.   Did he own them or was this merely a matter of convenience for him to do the paperwork on behalf of someone else? The cars did not arrive.

Intriguing.  C W E Maunsell (the latter Tanner entry) is probably Charles Eyre-Maunsell, who seems to have taken up motor sport rather late in life at around 40yo.  This would have been one of his irst races.  He raced in 1953 -55 and after that in rallying.  What his connection might have been with Tanner is unknown but we might assume he was reasonably well-heeled, so a 'pay driver' perhaps?  The family is part of the Ulster gentry.

He caught my eye through a rallying connection as his son Robin Eyre-Maunsell had a successful rally career, driving Rootes/Chrysler products (from Imp to Sunbeam) in period.