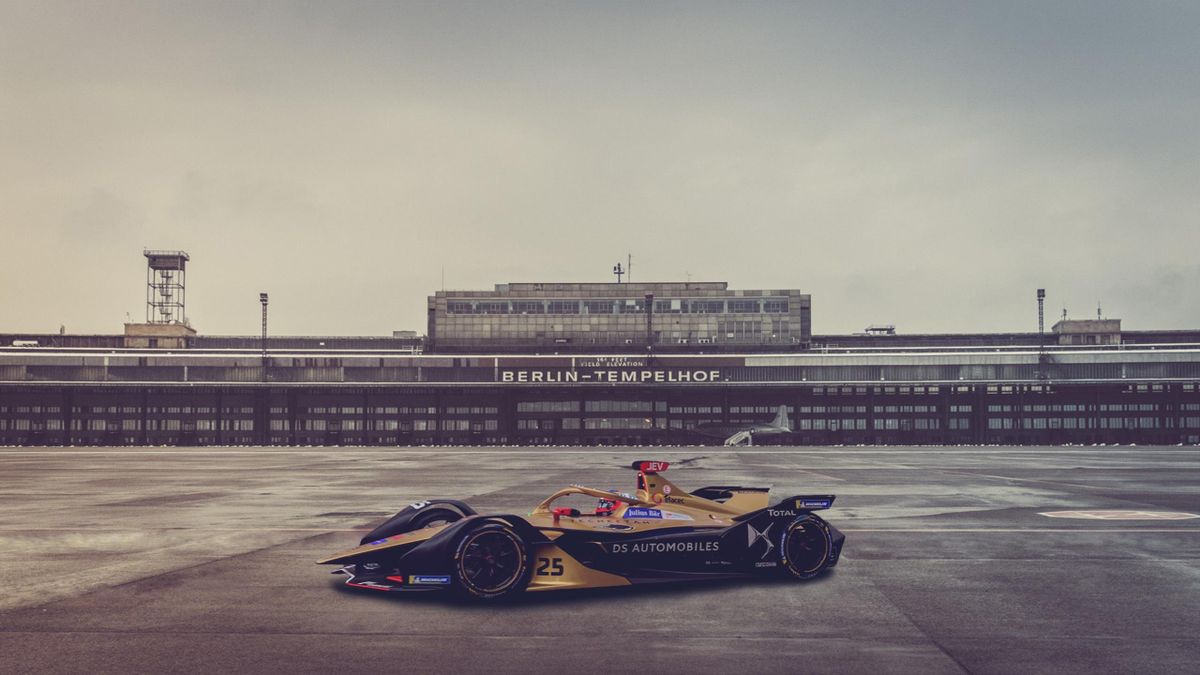 WHEN: This weekend, 2 Races, Saturday & Sunday!
WHERE: Tempelhof Airport, Berlin

WHY: This has been the best Gen 2 season yet, and the championship battle is getting real!

THE CLASSIC OF FORMULA E

The Formula E CLASSIC returns for another season of drama & on track madness!

Racing in the Old Airport, Formula E has embraced the Tempelhof of Berlin as one if its most iconic locations, in calendar since Season 1 [2014-2015].

(With an exception: in Season 3, FE actually raced in the city streets, still in Berlin tho!)

Wide, with long sweeping corners, tight bits and two hairpins, the circuit is a techinical challenge also for its super abrasive surface.
It's usually scortching hot out there in Berlin mid-may: this also plays a role in the race day, as the teams will have to look out for tyre wear & battery heat! 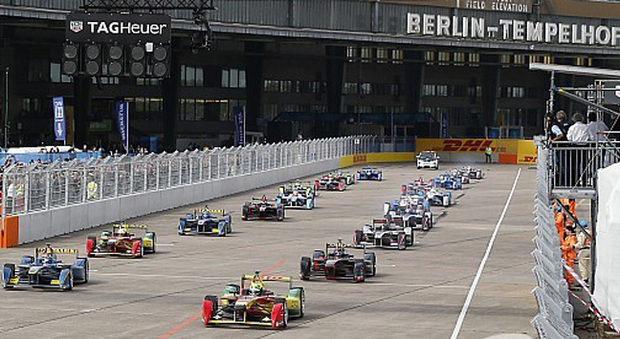 Formula E drivers will face another major challenge this weekend: racing the circuit one way on Saturday, than reverse on Sunday!

Reverse Layout produced a bonkers race last season, with crashes, drama & most of the title contenders having a nightmare of a day, while De Vries stayed out of trouble for the WDC Win!

Do you remember last year's race?

Formula E is ready for another great race weekend, this season has been a major step-up in terms of racing, thanks to the new Qualifying System.

As a result, the best drivers & Teams are always in front, fighting for the big points, making the championship fight much more fair & interesting.

We come from the Monaco e-Prix, another very good race, with plenty of action going on around the full Monaco GP Circuit.
Stoffel Vandoorne stormed to victory after Pascal Wehrlein's Porsche stopped on track for a techinical issue.

But it was drama all around! 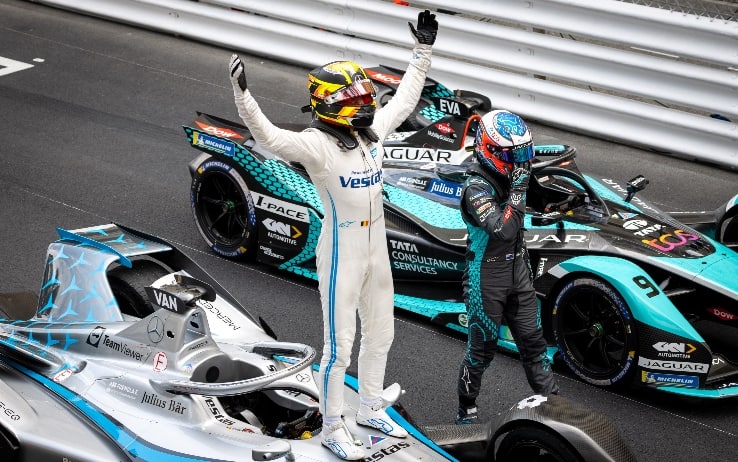 The season is getting intense, the championship fight is getting real, every round could be decisive from now on!

Those four drivers seems to be the early title challenge favourites, as there is a big gap now to Edo Mortara, who sits in 5th position but at 32 points distance.

Nyck De Vries is in trouble: the Mercedes WDC 2021 is struggling this season, and he's sitting in 8th place overall, 42 points from the leader.

Will we see the narrative change in Berlin? 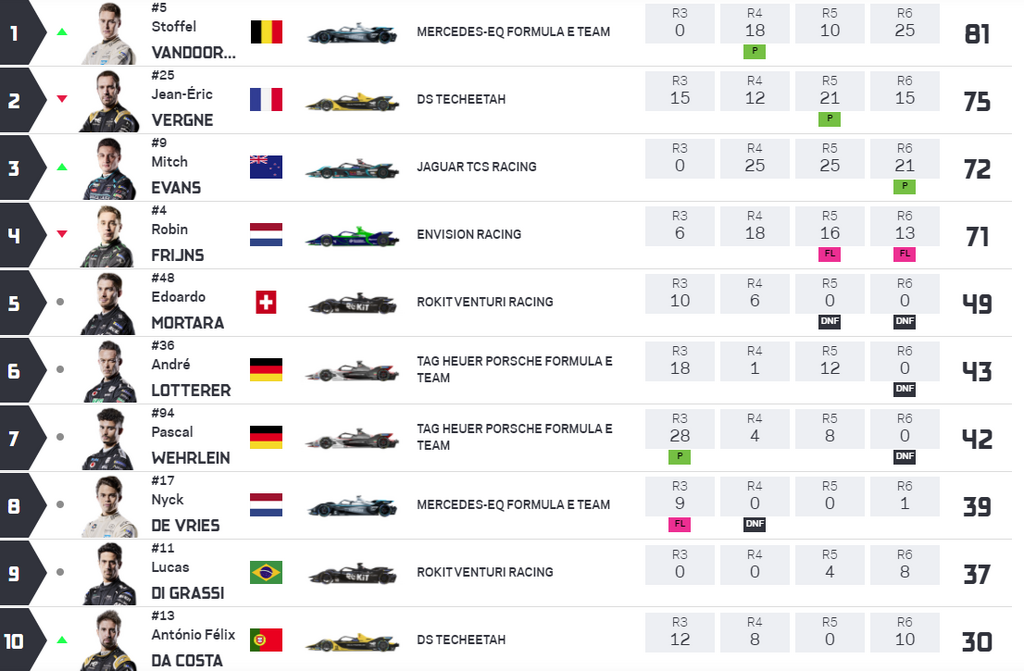 TUNE IN FOR A WEEKEND OF RACING!

Racing on Saturday & Sunday, it's going to be an action packed two days of racing at the Tempelhof.

Be sure to tune in, Saturday Race will also be on Channel 4 in UK! 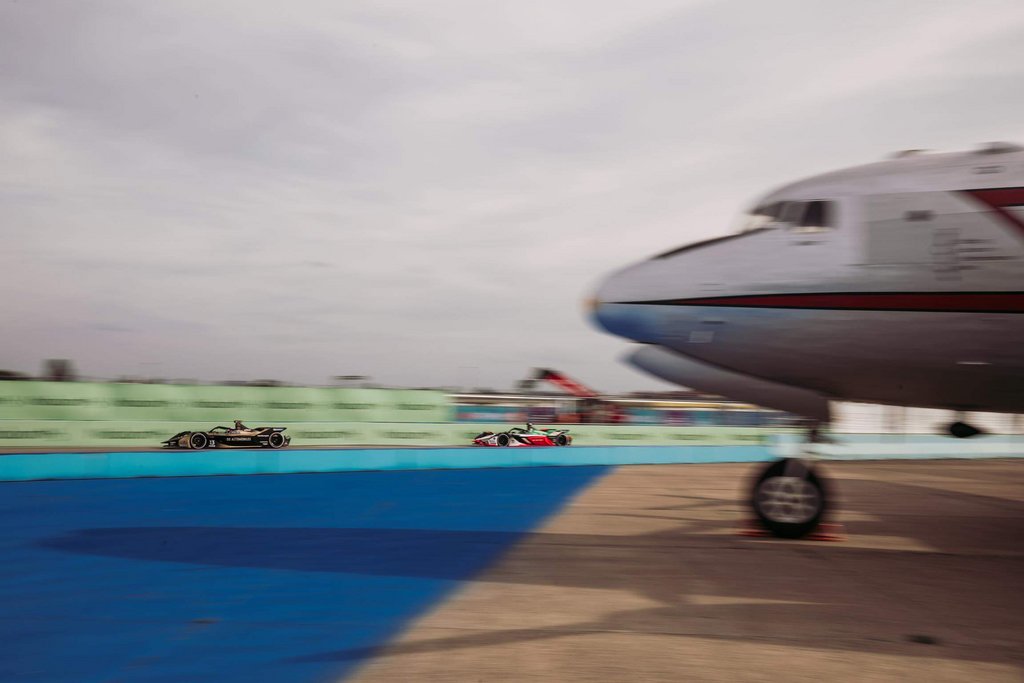 The top 4 in the championship really have pulled quite some distance over the rest of the field.

Its likely that one of them will win the Championship. Not that someone from the midfield couldnt win the title, but the likes of Wehrlein and De Vries would need to win both race this weekend and still not be leading the championship.

Interesting that Vergne and Frijns have been consistantly finsishing 2nd-5th whereas Evans and Vandorne have won more races but also a couple DNF/outside top10 finishes. It should be a good weekend.

I'm definitely beginning to enjoy the idea of some sense of 'they guys to beat' in the title race. New qualifying system appears to be working pretty well to that extent.

I think the top 4 are separated by some luck as well, as the Porsche pair definitely would be higher in the points without some misfortune, and perhaps Bird as well.  But otherwise, yeah, it gives a good sense of who's on it this year, and who is struggling. 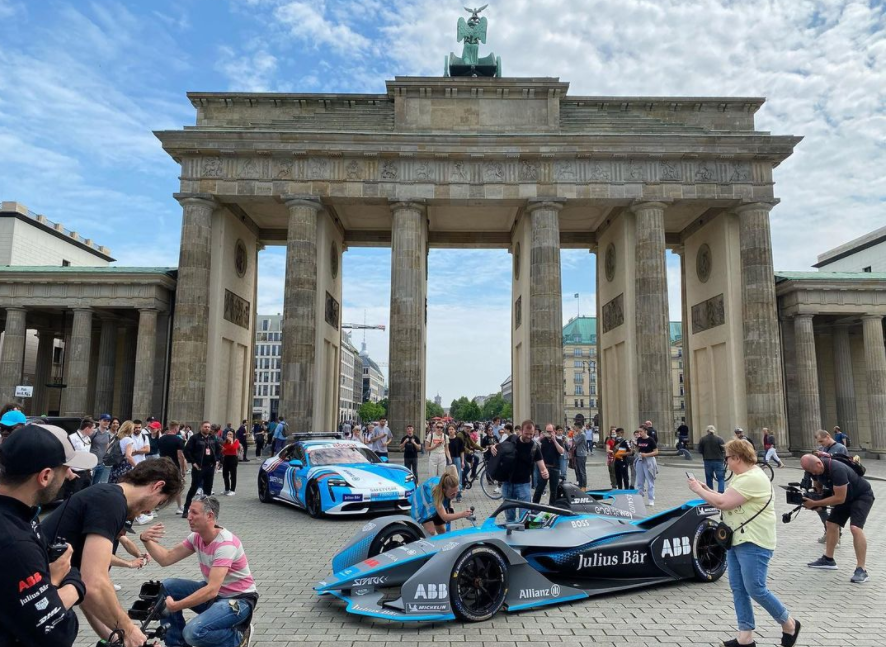 And an onboard mix from berlin

It’s so cool that they run this track forwards and backwards in the same weekend. Really enjoy watching the Berlin races.

Also the qualifying system this year is so much better as well. I can’t believe it’s taken so long to get away from what was a bit of a lottery system. It’s much better seeing the championship runners fighting each other at the front of the field more.

Watching the on-boards, Di Grassi really just never takes avoiding action does he?  He definitely does not feel nosecones are worth protecting on race cars.

Watching the on-boards, Di Grassi really just never takes avoiding action does he?  He definitely does not feel nosecones are worth protecting on race cars.

Well, he's been called "A Butcher" from his team-mate for a reason

Berlin is a great track for Di Grassi tho, wouldn't be surprised to see him getting a win this weekend! 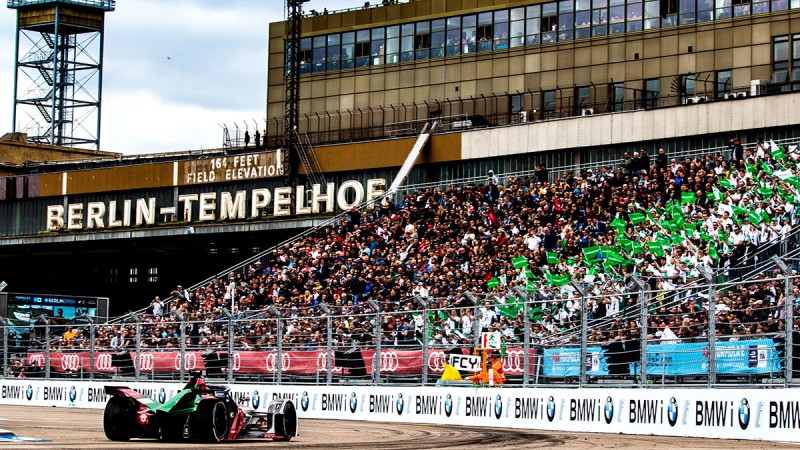 Formula E, IndyCar and MotoGP on tomorrow. Me, in this third panel, also tomorrow:

17 drivers in half a second.

Yep, this i going to be tight!

Another track record Foksmashed, and we're in FP2!

This is really Gen 2 at its peak! 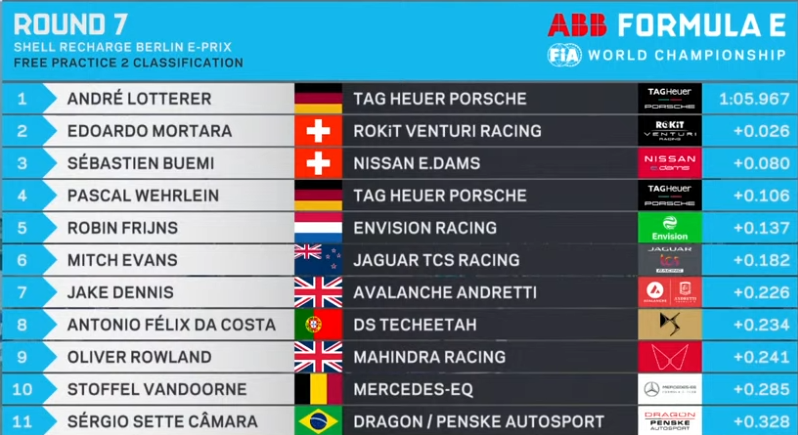 Missed all the practice as usual but here and ready for qualy!

Starting in 5 minutes, should be good! 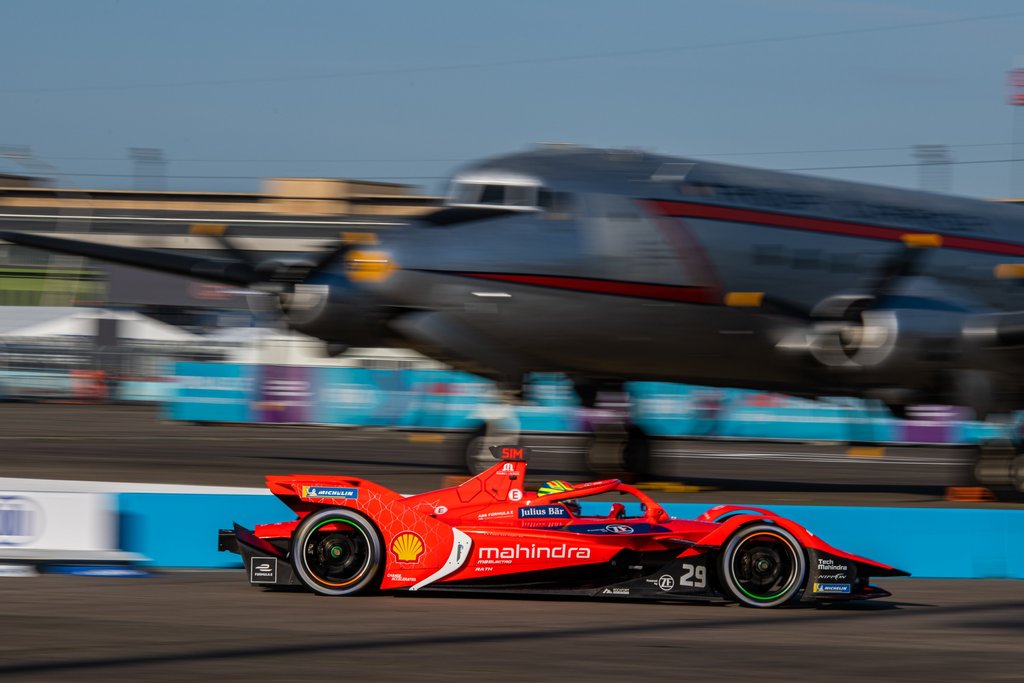 Karun is a good addition to the team though, especially as a former FE driver.

Chandhok brings too much Sky F1 baggage with him, most of what he says is hyperbole.

Sette Camara made it to the duels!!

Evans is KNOCKED OUT!

Cassidy having such a poor season, shame.

Frijns & De Vries surprisingly off the pace in that first attempt.

Still one to go tho

Buemi through, there's life in the old dog yet!

Buemi in the duels!

Some fun duels coming up

SIMS replaces him in the duels

Where did that come from?

Berlin throwing up some surprises!

Just what I was thinking. A big opportunity to cash in with Jaguar and Mercedes struggling.

The championship leader is out of quali!

Get the rulebook out!

I now think I love this qualifying format

Sims got through on a technicality, now he's threatening to Steven Bradbury his way to the pole.

This quali is incredible!

The Day of the underdog!

Karun speaking his mind there

Sims still did his lap on a slightly less rubbered track than JEV, so it's right imho.

JEV threw it away at the first corner.

Karun speaking his mind there


They're not wrong but can see why nobody thought that would ever happen. Rule update needed although it will probably never happen again!

Worth reviewing that rule for future events, can’t disagree

Well, no idea who's going to take pole here.

Dilbagh is my favourite

Best quali of the season

Mortara takes pole with a Monster T3, but it was close

What an enjoyable qualifying session

Amusing session, Sims nearly converted two technicalities in his favour into pole. He will probably plummet down the field.

Is that really Mortara’s first pole?