Sat 28-Sun 29th May: The busiest weekend in motorsport this year?


40 replies to this topic

So, despite motorsport's best efforts to avoid baffling calendar clashes (*pointedly looks at the Azerbaijan/Le Mans clash in a couple of weeks*), this next weekend could possibly be the busiest this year for major events and series competing at the same time.

We'll start with the obvious ones, the first of which is the Monaco Grand Prix - likely the usual procession, and probably the most boring of all of them, but hey, it's Monaco! Despite all its flaws, it's still one of the special ones.

Then, later on, as is traditional, there will be the Indianapolis 500. Will Dixon finally get that long overdue second 500 victory? Even if you usually turn your nose up at IndyCar or oval racing, this is one you can't miss, as you can make an argument for just about any of the 33 drivers being the one to end up in victory lane at the end of the race. 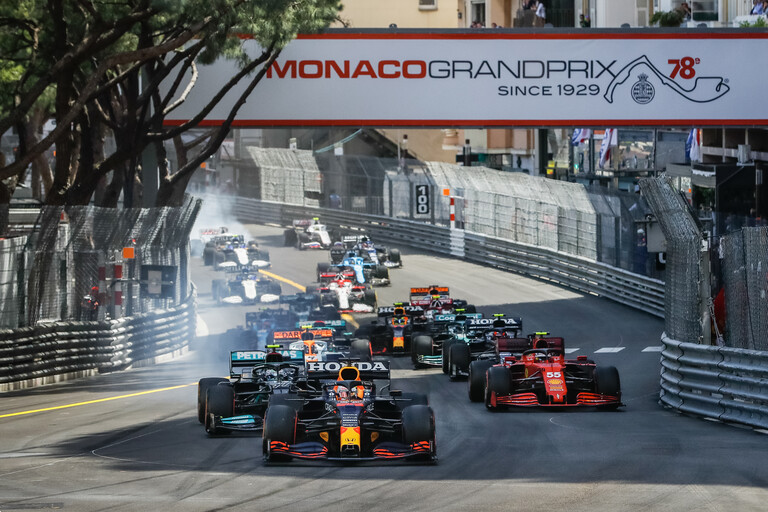 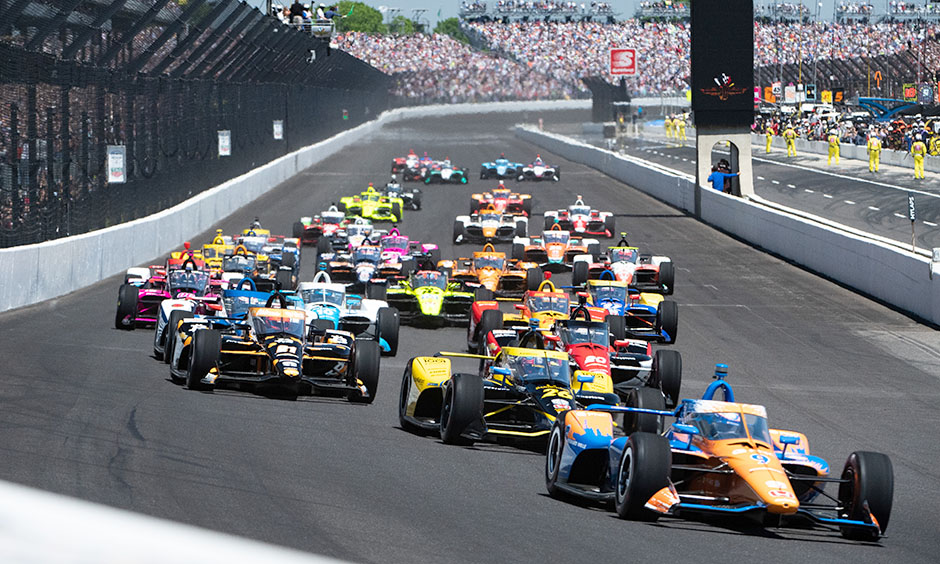 But that's not all that's on this coming weekend!

If endurance racing is more your thing, then you're well catered for with the next of this year's big 24 hour races, taking place at Nurburgring. Typically a wacky race, featuring just about every type of weather imaginable (and often at the same time), with a grid full of some of the finest drivers in the world who aren't taking part in either the Monaco GP or Indianapolis 500. 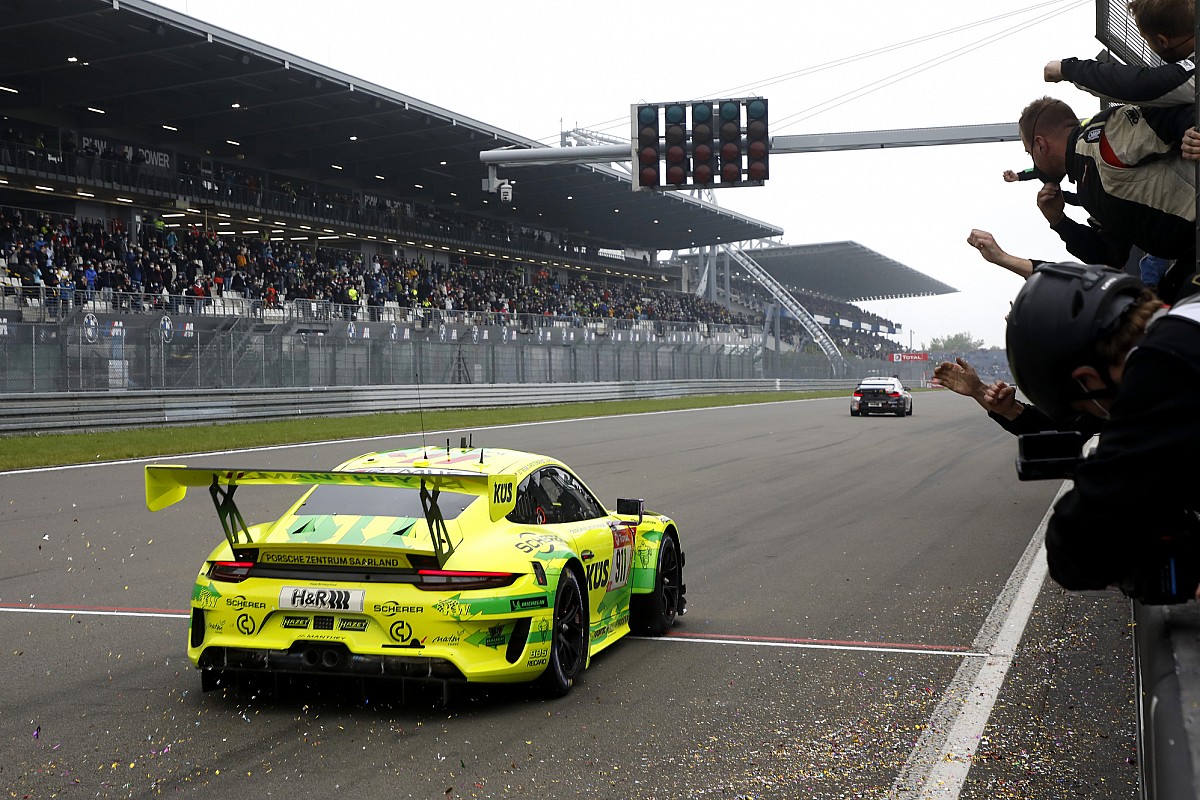 Two wheeled motorsport enthusiasts are in for a treat this weekend too - as MotoGP returns to one of, if not the, best circuit on the sport's calendar: Mugello. Despite Valentino Rossi no longer being on the grid, there's a high chance of the crowd getting to see a home winner, with both Ducati and the likes of Pecco Bagnaia and Enea Bastianini on strong form. I've jinxed it for both of them now, haven't I? 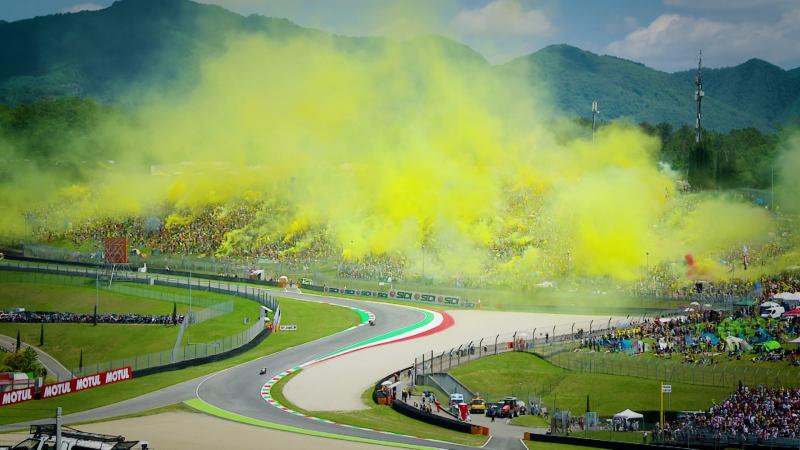 And if that's not enough, then there's the most prestigious and exotic race meeting of the lot, taking place from beautiful Hampshire. It may not have the yachts of Monaco, the tradition of Indy, or even the picturesque rolling hills of the Nurburgring or Tuscany...but what it does have, is Thruxton, and the fastest circuit on the BTCC's calendar. A real driver's circuit with always entertaining racing, if you fancy some classic touring car action, this one is for you. 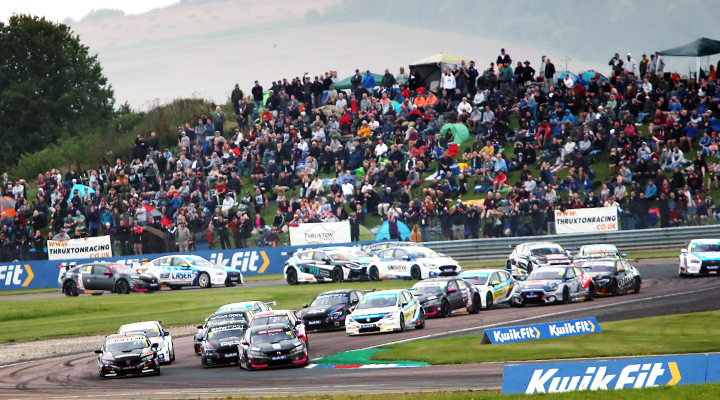 I *think* that covers just about everything - but please don't shout at me if I've missed some obscure event that is also taking place this weekend - if you are watching something as well as or instead of any of the above, let me know!

What will you be watching this weekend? Everything? Nothing? Something somewhere in between?

MotoGP in Mugello is a Must watch for me.

F1 in Monaco might be a borefest, but it still a classic of Motorsport, so worth a chance.

Indy 500 the best way to finish the Mototsport addict day.

Our tradition is to get up early & watch Monaco then get ready for the 500 warch party.

And always a BBQ, a fire in the fire pit and adult beverages after the race!

There's the NASCAR Coca Cola 600 on Sunday, too.

'Cos i'm a tight git, unless I can use Nigerian Live Stream Power ™ to find the GP and Indy 500, I'll be going back to the 80's way of viewing motorsport here in the UK by watching the GP highlights hours after the race and missing everything else...

Sunday also brings us the delight of first practice at the greatest show on earth. Thread to follow in next day or two.

Not sure I'd call Hampshire beautiful, and that's speaking from experience as I live in Hampshire, about 20 miles from Thruxton actually, which to be fair is a great circuit.

Not sure I'd call Hampshire beautiful....

Erm...What? The North Wessex Downs in the North, The South Downs in the East, The Test Valley in the West and The New Forest in South. Avoid the few S-hole towns and it's a really nice county to be outdoors in.

Well, btcc and f1 on Sunday for me

MotoGP, F1 and Indy for me. And some nice Takeaway in between. I'm not getting off that couch!

Putting the TV in the garden, lighting the BBQ and watching the Nürburgring 24h. Won't go there this year, but definitely planning to go again in 2023. And watching Monaco of course, but we'll mostly side-eye that one.

The Nurb 24 is my prep for Le Mans

Not sure I'd call Hampshire beautiful, and that's speaking from experience as I live in Hampshire, about 20 miles from Thruxton actually, which to be fair is a great circuit.

That’s why they build a beautiful new one over here…

Sunday also brings us the delight of first practice at the greatest show on earth. Thread to follow in next day or two.

Yeah this, can also add this here: https://ttplus.iomttraces.com/browse/

I'll watch MotoGP live, then the final stage of the Giro d'Italia, then MXGP, then have the last 10 laps of Indy as background noise.

btcc will get recorded, f1 and indy500 will be the biggies for me

Wedding? Is that a two or four-wheeled form of motorsport?

Shame on you Victor.
Wedding?…. Pftttt

Being on the Left coast it’ll be INDY live then Monaco on replay and maybe the 600 if I’m still awake after all that.

I have all next week off work to catch up, so happy days, but Moto GP and Indy taking priority.

Will watch Monaco definitely. Planing to watch Indy 500, but unfortunately IIHF World Championship Final will start around the same time on Sunday, so it's a must-watch if Finland gets to the final. I wish I was a Brit, then I wouldn't have to care about Ice Hockey


Say "no" and there won't be a party and you'l be in time for Indy.

Overview of some 'other things' this weekend

Will watch BTCC, F1 ( plus F2/F3 if they're on) and then the big one Indy 500...then the endurance test that is NASCAR Coke 600...and along side that French Open tennis...a sport filled weekend

Something of each of the first three in the poll.

Watching the Coca-Cola 600 after first watching Monaco and 500, that requires some serious (caffeine? booze? drugs?) endurance. Because isn't that race like 4 different races with the stage... stuff... that race alone sounds like watching N24...

I’ll be able to watch Monaco and the BTCC races I can fit in, but I’ll have to give the Indy 500 a miss. SWMBO has booked us into the cinema to see Top Gun: Maverick on Sunday evening, which is going to be awesome by the sounds of it anyway.

I cant imagine that 30% of the normal users of this sub are actually gonna watch the Indy500.  I'd be surprised if it was even that high with all the hype when Alonso first gave it a go.

I might make MotoGP at Mugello and most of Monaco as an excuse to dine in on a rainy Sunday as we are getting ready to travel through Europe for a month. Will try to see the last 25% of Indy as well.

If I'd be free I'd add Charlotte 600 and WTCR Nordschleife on top of that.

Stoked for Mugello most this year! MotoGP the last three years has been INSANE

Shout out also to MXGP and Pro Moto opening round of the season!

I always build this weekend (and the Spa weekend which tends to be similar) up and up in my head and then find it an anticlimax, but I’m looking forward to this a lot. The MotoGP at a (forecast) wet Mugello will be brilliant and for all its issues I do love the Monaco GP. But the Indy 500 is the main course and I’m gonna be staying up for that one, it’s half term so I can! If I was meant to be away I’d seriously consider pretending to have Covid just to be able to stay in and watch this. It takes me back to being a 12 year old staying up to watch the CART races on channel 5. The earlier stuff in the day fully depends on being able to wrestle the remote off a small child and avoid getting roped into going to the park.

I will watch the Monaco highlights on youtube most likely

I cant imagine that 30% of the normal users of this sub are actually gonna watch the Indy500. I'd be surprised if it was even that high with all the hype when Alonso first gave it a go.

Why so surprised?
It’s the greatest race in the world !!!
Hands Down
Jp

600 miles or K on the Charlotte roval would be interesting, but on the traditional oval it's as much an endurance test for fans staying awake. especially with some of the recent one sided races. Last week's all star race on a similar track doesn't bode well. Tire issues could be a wild card.

Unfortunately the only thing i can actually watch live is the BTCC and its various support packages.

If I the money to afford to pay for subscription packages I would be watching the MotoGP in Mugello first.

Don't think I'll have enough screens for everything.....

As ever, the N24 will take priority, with the final weekend of the Giro, plus the MXGP from Spain....and I'll keep an eye out for the BRC Jim Clark Rally in the Borders.....

I’ll be able to watch Monaco and the BTCC races I can fit in, but I’ll have to give the Indy 500 a miss. SWMBO has booked us into the cinema to see Top Gun: Maverick on Sunday evening, which is going to be awesome by the sounds of it anyway.

If the Soundtrack still includes Danger Zone by Kenny Loggins you are still kinda in an Indycar race thread.

Sat/Sun Masters at Brands for me, getting out there and enjoying it ....can't beat it. Record BTCC, watch British GT re-run Sunday evening.  MotoGP Monday night hi-lites and some Nurburg 24 on YouTube.  F1 can go do one...again, too boring to spend the day watching it on TV.