97 replies to this topic 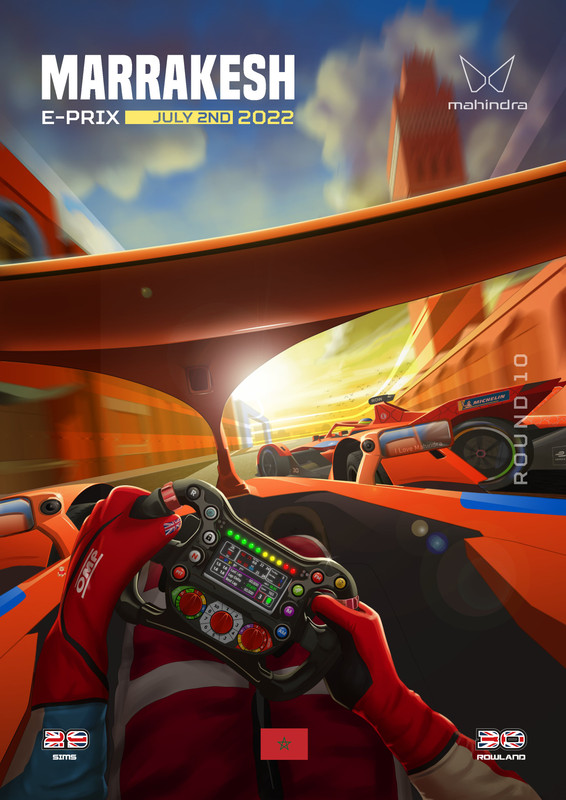 WHEN: Saturday late afternoon! No clash with F1 or Indy!
WHERE: Marrakesh Street Circuit

WHY: This is probably the best season of FE yet and we have a real championship battle going on!

JAKARTA WAS A SUCCESS!

Formula E resumes racing after a spectacular e-Prix in Jakarta.

Jakarta was a success for Formula E on all levels: sold out Grand-stands, 60'000 attended the event between the Track & the Festival outside.
The buzz around the event was huge in Indonesia, and Formula E delivered a pretty damn good race with 3 drivers fighting for the win till the very last lap.

The new permanent track, purpose-built for Formula E allowed the drivers to attack the wide corners, with multiple overtaking opportunities around the lap.

Mitch Evans of Jaguar won the event, and the championship battle has never been closer before! The International Circuit Moulay El Hassan is a 2.97 km is a semi-permanent track in the streets of Marrakesh.

An hybrid between a street circuit and a permanent one, it features some fast wider sections combined with super technical & tight stuff.

A driver's favourite for its flow, getting the perfect lap around there requires to carry the momentum out of every corner and extreme precision in the slower sections.

The track is almost a Classic for Formula E, a serie that's been racing there since Season 2, with some interruptions in between.

Jump onboard an old fashioned Gen 1 for a Lap of Marrakesh!

This means, temperatures will be insane hot during the day. Could play a role.

Buemi & Rosenqvist battled hard for the win in the 2018 edition, while the 2019 edition was one of the Best Formula E Races ever, with the BMW drivers taking each others out & Jerome D'Ambrosio winning with Mahindra. 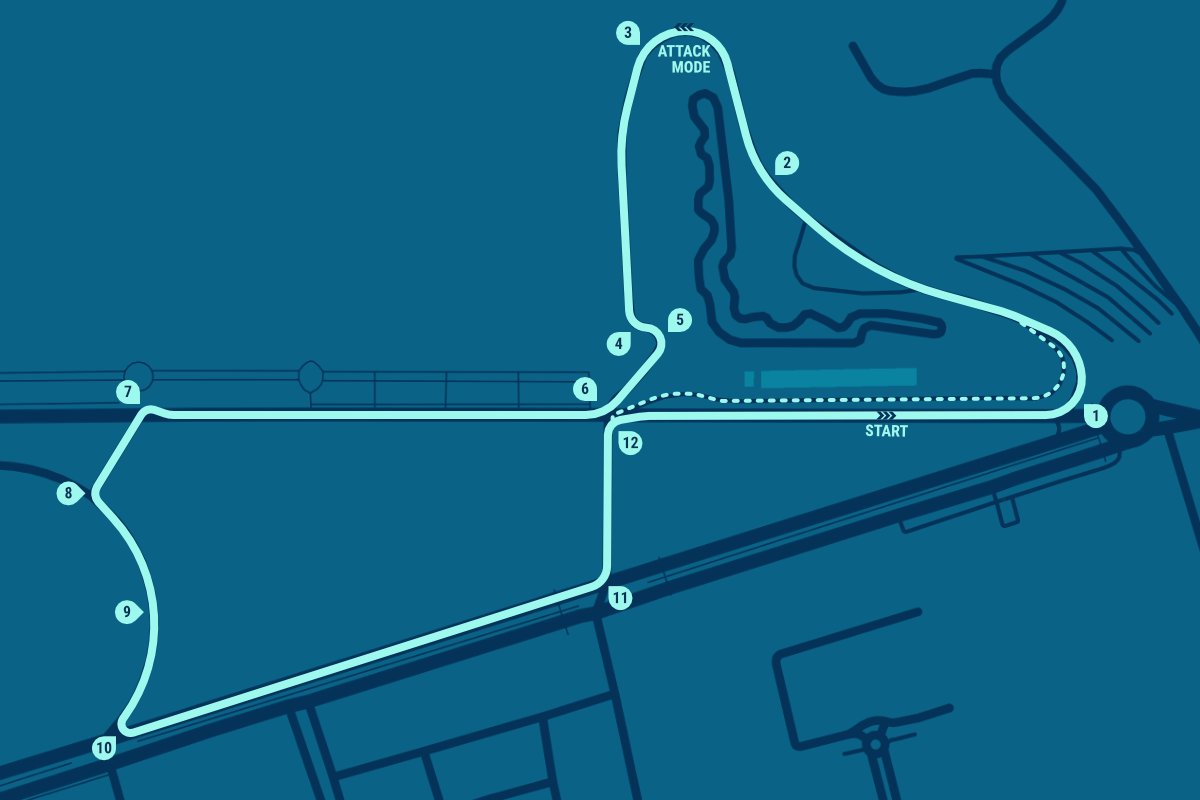 2020 edition was no slouch either, with Jean Eric Vergne touching Sam Bird at the start & causing drama behind.
A lot of battles all around, and an awesome fight for the podium between Gunther & Vergne, while the race was won in dominant fashion by Da Costa!

Excluding surprises (hey, it's FE), the Faboulous 4 are going to be the main protagonists for the Championship Fight.

We have a clear trend now, with Vandoorne, Vergne, Mortara & Evans sharing wins & podiums in multiple occasions.
Well, JEV actually didn't score a win yet this season, but he's been very consistent in most of the events.

The new qualifying format & stricter penalties for contacts are giving us the most clean, interesting & "REAL" Championship Fight ever in FE.

About this, check out this awesome article by The Race. 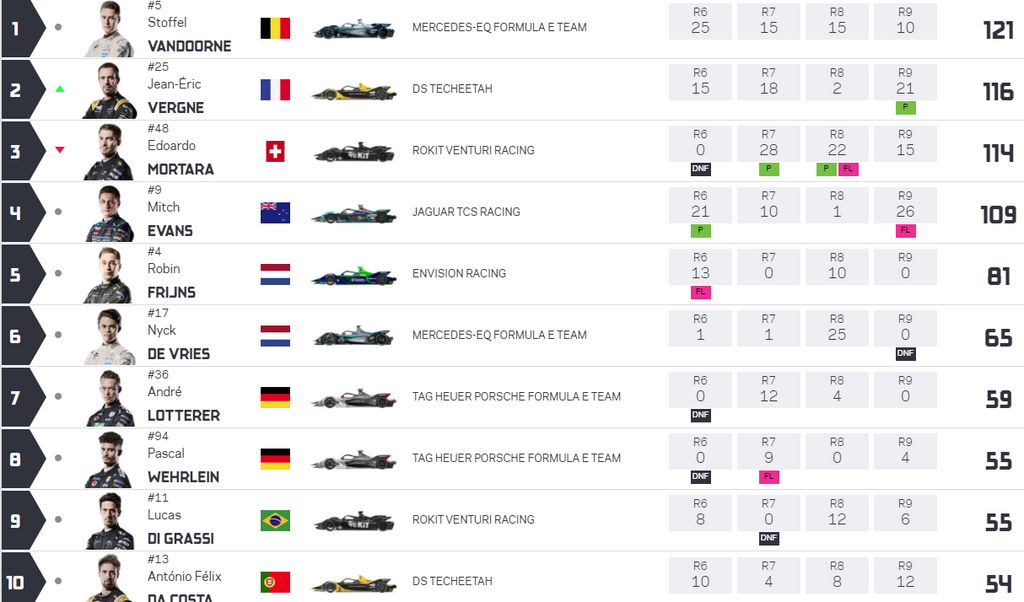 No clashes with F1 or Indy, so be ready! 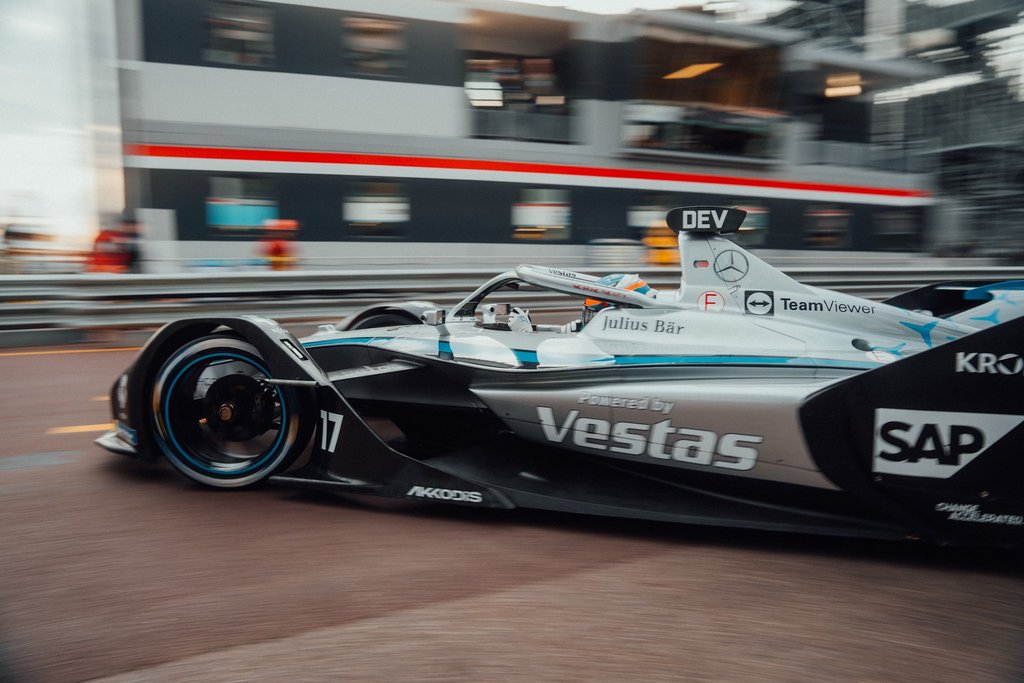 Mm yes, Heat could be interesting. Early July, middle of the summer in North Africa.

I voted for Gill going nuts on a Mahindra win because that what I want to see, but it seems unlikely.

Summer racing in North Africa sounds like it will be very hot. There will be some car problems I assume with cooling and battery temperatures. Could we see thermal tyre deg be more of an issue as well.

There has never been a better reason to watch Formula E races than there is right now, as the championship finally has something it has sorely missed – particularly in recent seasons.

Who will win in Marrakesh? Stoffel Vandoorne? Jean-Eric Vergne? Edoardo Mortara or Mitch Evans? It’s a wide-open question. But that’s not what makes the next race so interesting because Formula E’s had variety in abundance before.

The key point is it will probably be one of those four. That matters because, probably for the first time in the championship’s history, Formula E has found a balance between having multiple title contenders and an actual championship narrative.

I notice there is a big gap between qualy and race.. is this so there are cooler conditions for the race or to avoid F1 qualy clash?

Summer racing in North Africa sounds like it will be very hot. There will be some car problems I assume with cooling and battery temperatures. Could we see thermal tyre deg be more of an issue as well.

Forecast is for a pretty sweltering 37°C at 3pm local. Ooph. Timetable isn't putting any track running at that time of the day, though. Race time for Marrakesh will be 17:00 whilst Qualifying starts at 10am, but that still means temperatures may still be in the low 30s for both sessions. Humidity may also be fairly high at 70% ish (edit: at night).

Jakarta was expected to reach 32°C and, whilst qualifying peaked at around 31°C, by the time of the race it was 28-29°C. High humidity of about 75% made it tough on the drivers, however.

Two Santiago ePrix were held in sweltering heat. The 2019 event was during a local heatwave and air temperatures in the race were between 37-38°C, but with relatively low humidity of 20%. The year after that at the same venue was 33-34°C with 40% humidity.

On reviving the humidity figure it seems to be the quoted high for the day, which usually happens at night. Humidity in the day time for the race would be expected to be more like 30-35%.

I expect it will be similar conditions to the Santiago races, unless the weather gods turn up the wick...

FP1 on the Friday afternoon I (very belatedly) note.

I think this circuit should remain on the calendar for a while on still. Like, honestly non-ironically.

Blame the original super cursed layout for how people still think about this circuit. After it got remodeled in 2016, it became soooo much better for both Touring Cars and FE.

Also looking forward to see how the Championship evolves this race. Quite intriguing, to say the least.

Ye don't get the hate either!

It's a fun little circuit in a fascinating location, that's perfect for Gen 2 and produced some very good racing through the years! 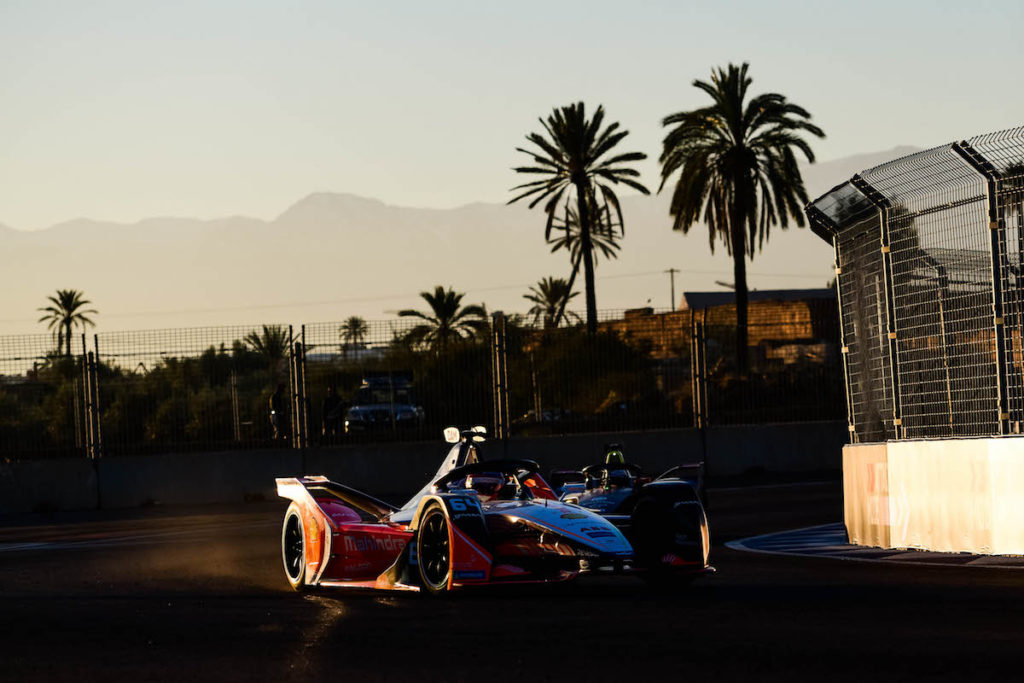 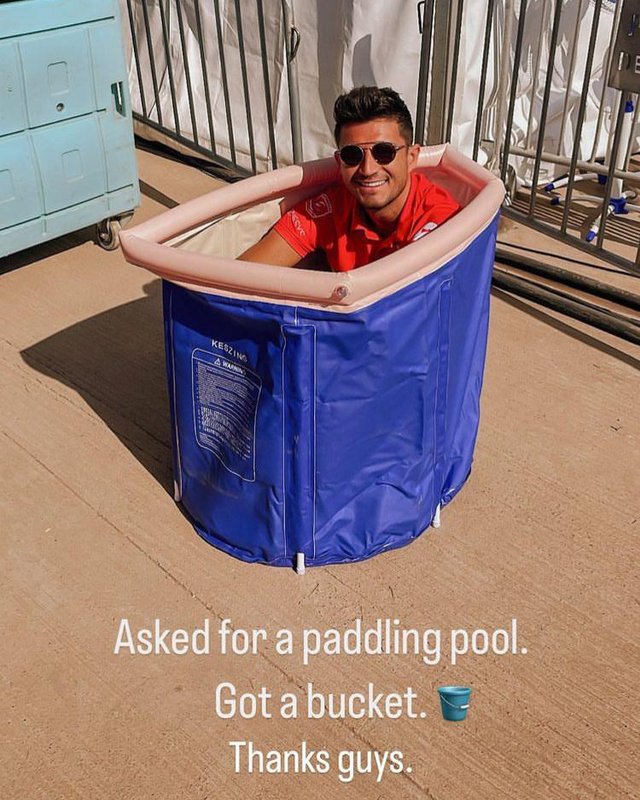 Looking forward to it

Looking forward to it


Agree! Too much in one day on a normal FE weekend so I rarely get to watch it all.

McNish in the commentary booth!

Weather looks bright! The winter races were a little hazy and sometimes overcast I seem to remember.

Dusty is an understatement!

Agree! Too much in one day on a normal FE weekend so I rarely get to watch it all.

I’m certainly coming round to a multi-day format now, it is a lot for one day.

Ideally for people track side that means some support races should be featuring. That’s something that seems to be taking some time to establish solidly. 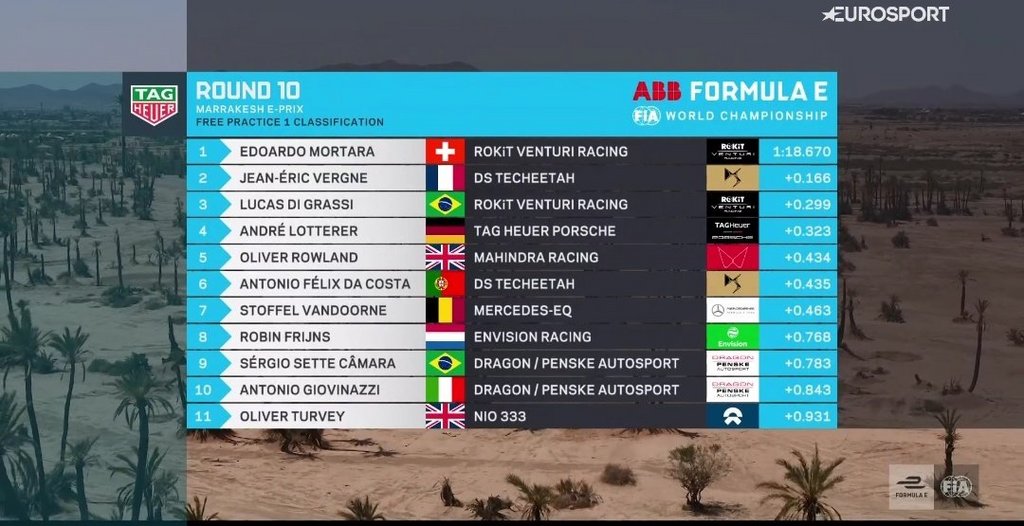 Collision in the final few minutes between Buemi & De Vries.

We'll see if it's going to be penalty material 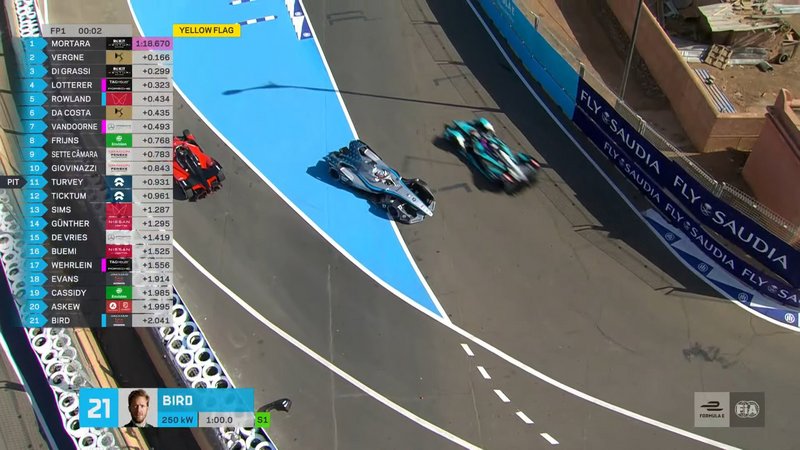 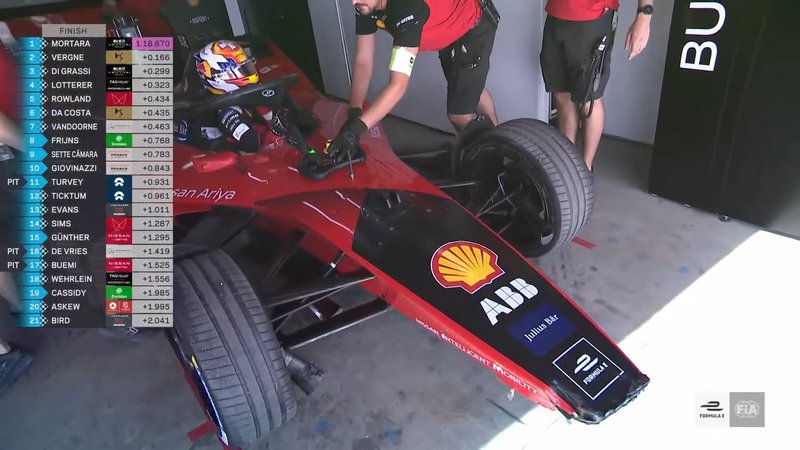 Sims Hard in the wall! 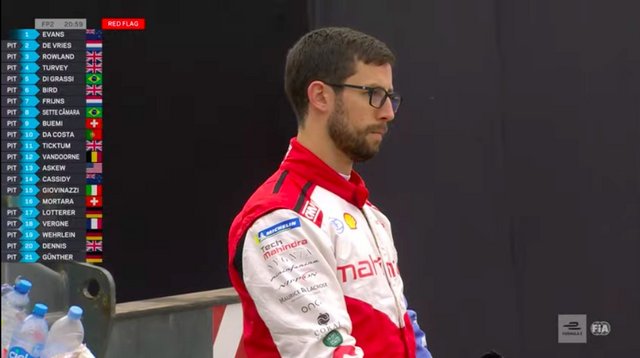 Lots of drama, some crashes, traffic issues and cars looking quite quick on this track.

Should be one hectic quali, starting in around 1 hour at 9.40 UK Time! 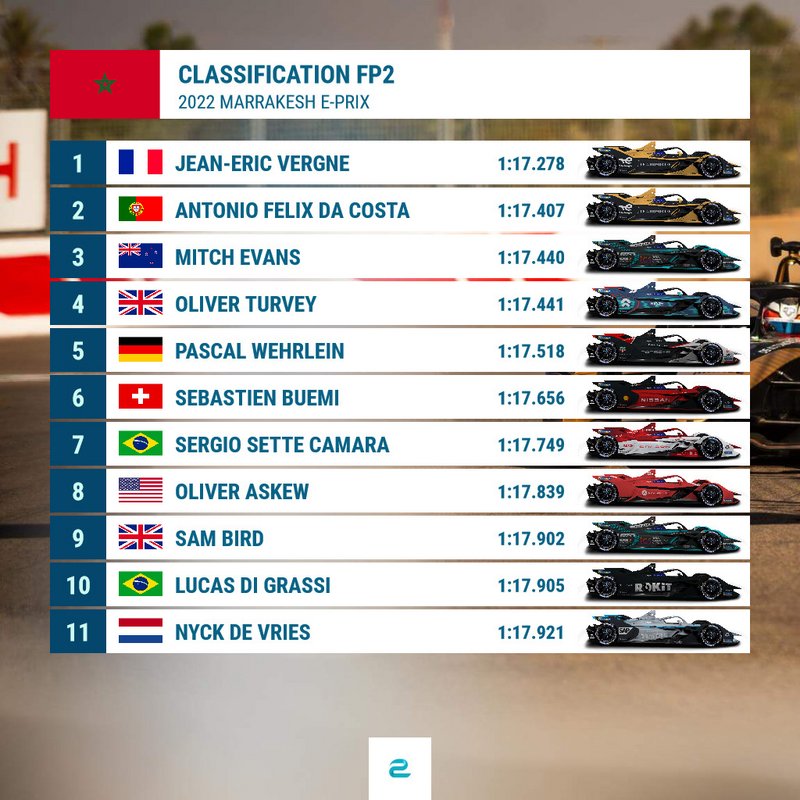 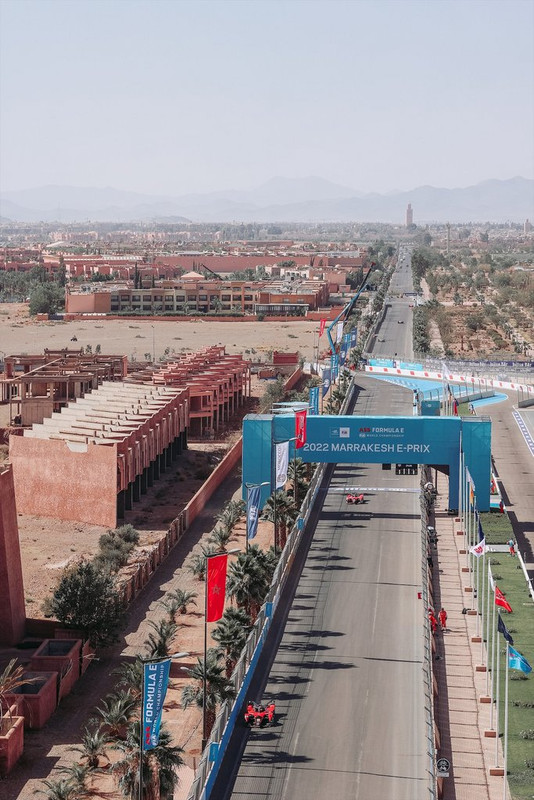 Double Andrettis in the duels

Vandoorne botched his last attempt, he will start at the back!

Both Andrettis in the Duels!

Group B seems like a competitive set of drivers. Might be a fight to get into that top 4.

Gio has no luck

No mercedes in the duels!

Evans vs Mortara will be spicy

Yep, some hot duels coming up

BIG statement there from Edo.

Evans will start from 6th place

My money on Mortara

Mortara is really cementing his position as a leading contender.

His team mate is no less than early FE front runner and former champion Di Grassi. Fascinating to see the pecking orders evolve.

No team orders at Techeetah!

Amazing duel between the Techeetas

Mortara VS Da Costa for pole

Double Andrettis in the duels

he had brake problems sadly.

Da Costa takes the pole and championship points away from Mortara. Job done.

So close with Mortara.

It's going to be a fascinating race with the favourites in front, Vandoorne starting from the back.

I am loving how the championship battle is evolving

STARTING GRID for the Marrakesh e-Prix

Da Costa confirms his feeling with the Marrakesh track, second pole position there for him.

Edo Mortara is Mr.consistency, another great quali for P2 ahead of another consistent man, JEV.

Evans is solid in P6 as well, ahead of the surprise of the Day, Oliver Askew with andretti!

Vandoorne will have A LOT of work to do from the back after a brake problem in quali. 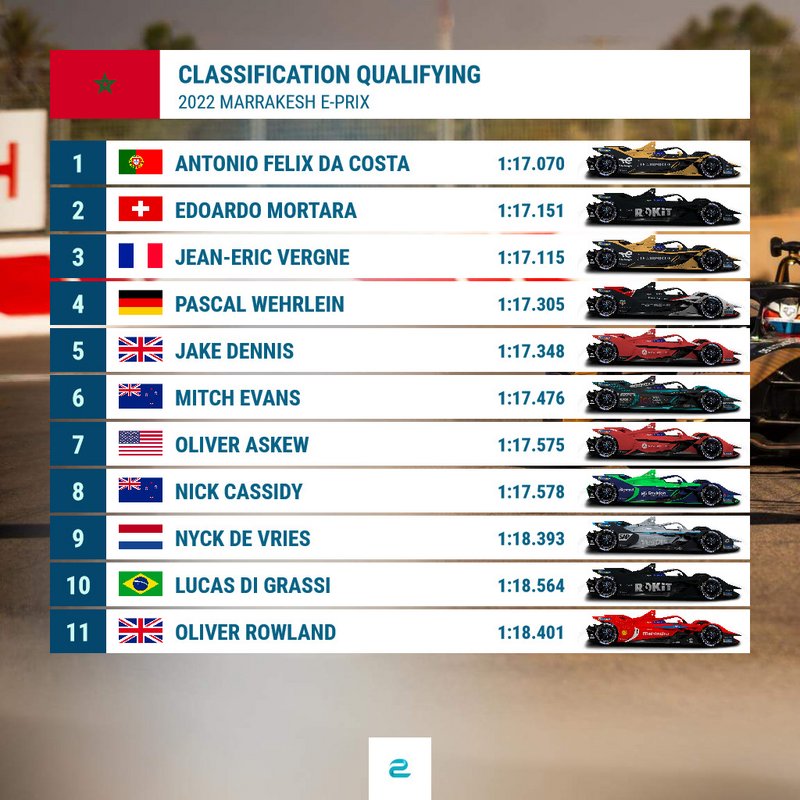 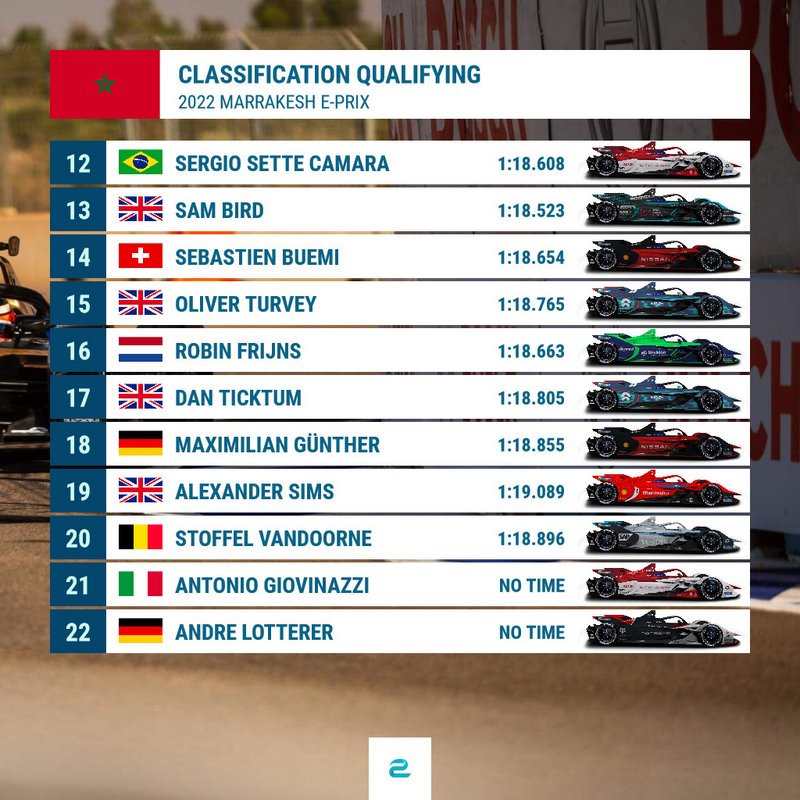