Due respect today to Peter Connew, Barry Boor, the late Francois Migault and the other members of their tiny team, on the 50th anniversary of their famous run in the 1972 Austrian Grand Prix.  Such an inspiration for all young people who have been told their ambitions are beyond reach and that a great idea is 'impossible'.

Quite agree Doug, amazing boys own story of grit and tenacity from the original drawings done in Peters bedroom while still living at his parents house to graduating into a lockup in Chadwell Heath to the dizzy heights of the grid for the 1972 Austrian GP, congratulations to all involved. A little tribute I made to their efforts ten years ago :-

Happy 50th to all involved 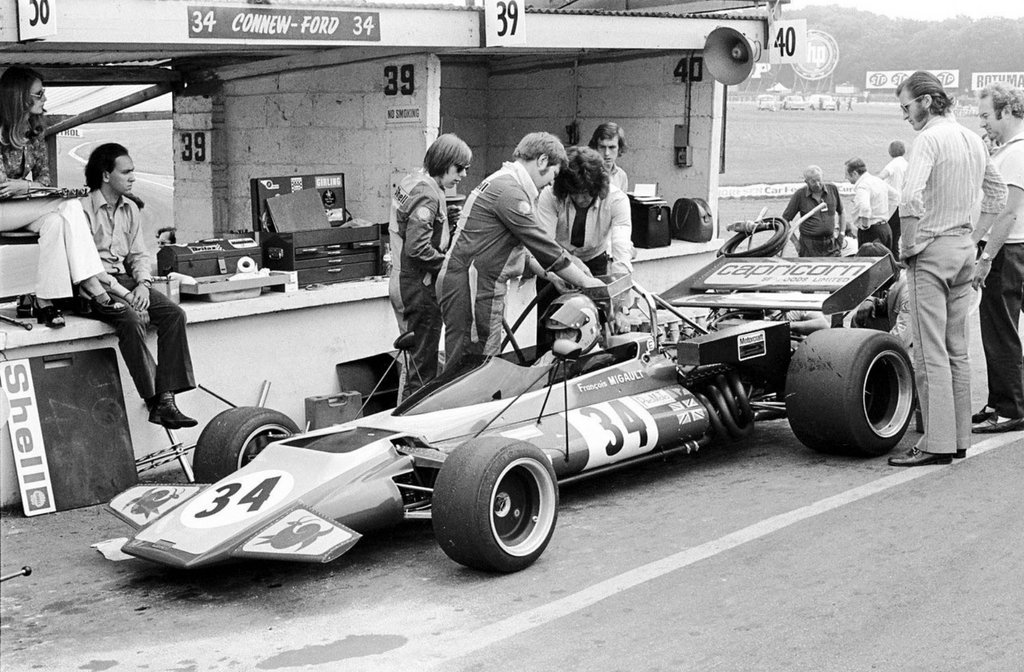 Many congratulations Barry and other Connew Teamsters

It was a very professional looking set up. There was a lot of hair in those days though!

Eric Broadley on the far right, if that's Graham Hill with him, I didn't think he was that tall.

Crikey it makes me feel old - 1972 was my first trip to Brands and I loved it . Night bus from Wakefield , Green Line from Victoria early Friday morning , slept in a hedge bottom Friday night ,after  rubbing  shoulders with Hill and Surtees in the paddock and ...I saw the debut of the mighty Connew. What a weekend .

That's not Eric Broadley either.