Following the successful resolution of the Ligier crew query - and thanks to all who helped with that - I have a similar question regarding the identities of Williams personal in this image cropped from a shot taken at the 1976 Race of Champions. Once again, it's to provide correct captioning.

I can identify Harvey Postlethwaite in his velvet jacket, but I am struggling with the other faces. Possibly "Beaky" Sims crouched over the engine, and is the guy on the far left Richard Taylor? 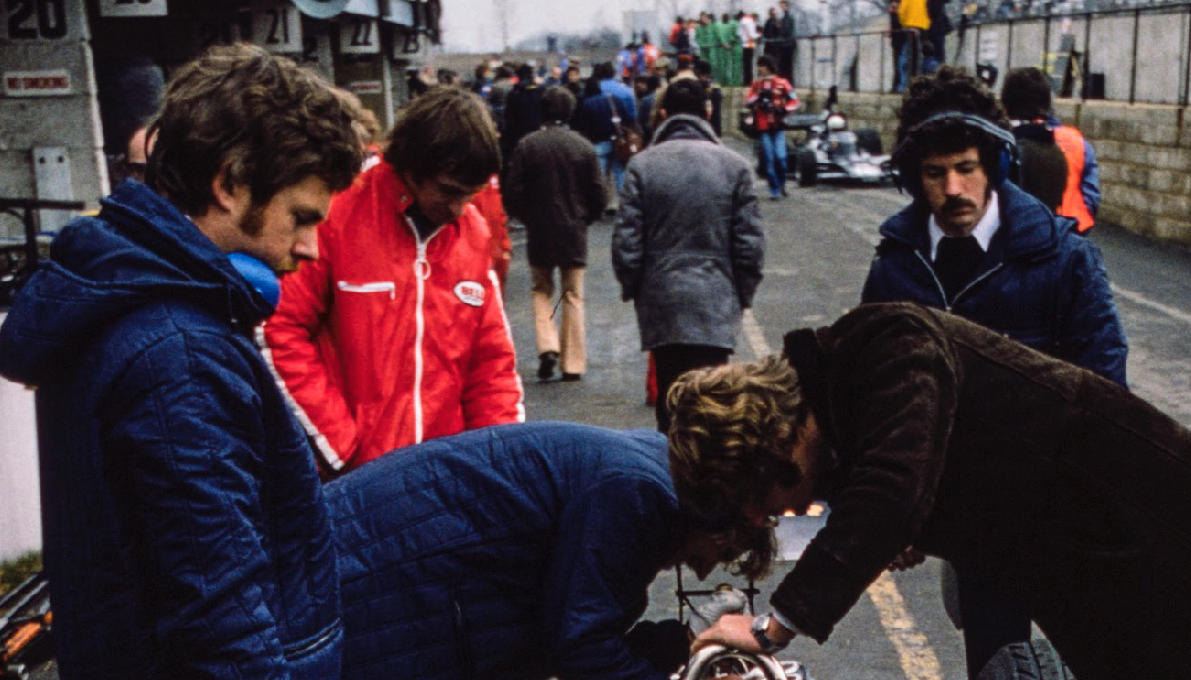 Have just chatted with Beaky and yes, that IS Harvey with Beaky leaning over the car. The guy on the left is Phil Jennings with another Kiwi guy standing by the left rear, Beaky and Richard Taylor are struggling to remember his name, but it'll come!

The Facebook page gives some names of Wolf mechanics. I did not check if any 1976 were given. Maybe there you may find another contact.

Spoke to an ex colleague from Penske Cars who was at Wolfs:

Spoke to an ex colleague from Penske Cars who was at Wolfs:

Fabulous, thanks Nigel. Mickey Frain came up with exactly the same names and sent a PM; so it's great to have the corroboration. Apparently Alan Burrows was another Kiwi who was a highly skilled fabricator and welder.

Having just sorted a similar query on a Haas-Hall crew shot from 1979 and a couple of Porsche Group C photos from 1982-1985, I now just have a couple of Ferrari mechanics from 1972 and a handful of Porsche crew members from 1976-1978 to identify. If we can name them all, Jacky will be delighted!