Trawling about through what I have found to be the normally reliable Formula 1 chassis allocations in 'Autocourse' annual - in this case covering the 2015 season - I have established that their published Force India VJM018 record is incorrect.

Of course in the real world out there this is entirely inconsequential but just to correct the publicly-available record - for we sad obsessives - 'Autocourse's listed references to Sergio Pérez using the same chassis - serial 'VJM08-02' for every round of that season's World Championship is wrong.

The same chassis were used in sequence for the Australian, Malaysian, Chinese, Bahrain, Spanish, Monaco, Canadian and Austrian GPs:

This matches the 'Autocourse' listing, which thereafter goes a bit wobbly...

Only then did he return to his early-season car, VJM8-02, for the final four races of the year - in the USA, Mexico, Brazil and 'Aberdovey'.

For the real detail hounds, total chassis mileages for the Force India-Mercedes VJM8 (or 'VJM08') cars that year were recorded by the factory under two headings, one for 'Test', another for 'Race'.  These mileages might make a few eyes pop at how much torture the cars endured:

Under 'Race' heading (which includes First Practice 3 and Qualifying):

Drivers involved throughout all this running were:

So there you go; rather more about the 2015 Force India-Mercedes VJM8 cars than perhaps you ever wanted to know.  But I thought this provides an interesting insight into the running that modern-era midfield Formula 1 cars endure during a 21st century World Championship career.

Some of us cannot get enough of the CORRECT details on chassis numbers.

NB - re Ocon's first name.  I typed 'Sebastian' while on autopilot Vettel mode, spotted my error, corrected it to 'Esteban', then posted the original form - which I have since corrected (above).

But is the information of Force India chassis numbers in Autocourse 2016-2018 yearbooks correct?

With due regard to the fact this is probably inconsequential in the real world and that I hate being pedantic but for the sake of public record for this obsessive was the model designation in the works records for Force India's 2015 cars; VJM018, VJM08 and or VJM8, and supplementary question was there an official B spec designation for this model year ?

I offer mere plasma - not blood.

I offer mere plasma - not blood.

Thanks for the plasma Doug 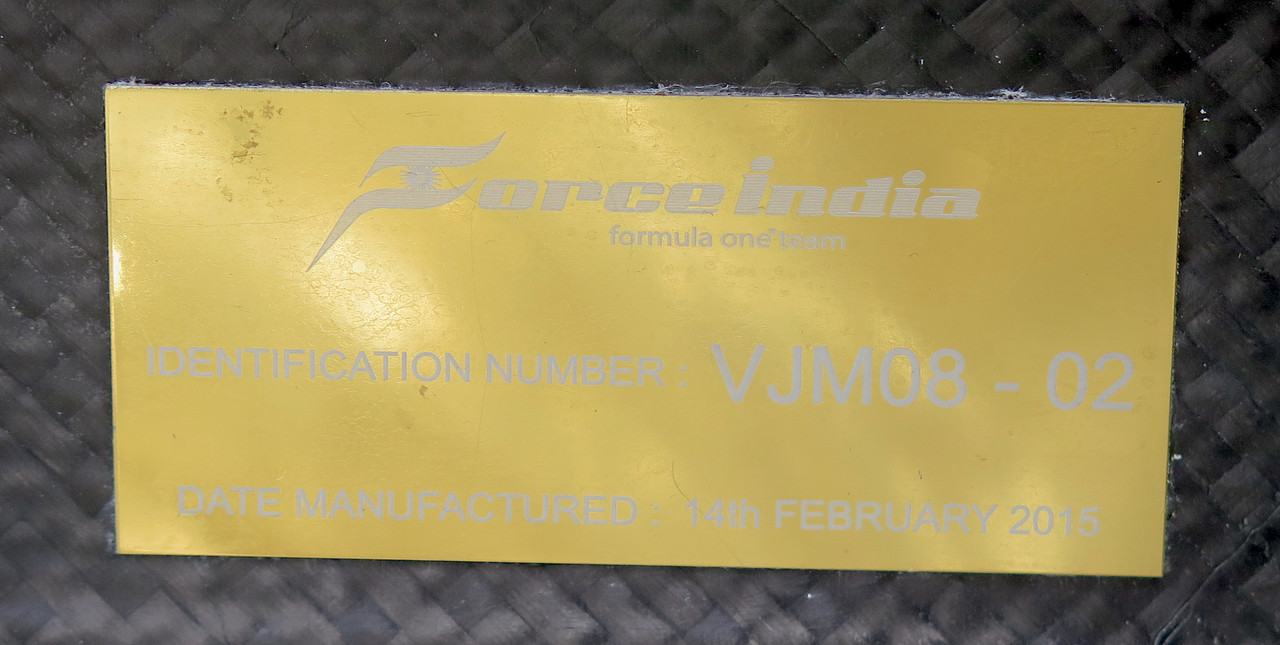 Well that is clear as mud from the works record, as a purist I'd trust the plate and wonder at the inaccuracy of the factory records, thanks Doug 😎👍

Might I recommend cutting them some slack?  Their objective was a degree of racing success - not to have their internal record-keeping admired by outsiders - such as ourselves.