The dream of CART in the 90s is alive in Portland!  Welcome to the next to last Indycar event of the season. Only Laguna Seca remains (next week!) after this, so don't miss out on what could be an unpredictable finish to the Indycar Championship race -- or at least it would be if Inevitable Dixon were not in the hunt.  So we all know what will happen.

Of course, it was only four years ago that Scott Dixon famously drove into the conflagration of dust and dirt and Hinches and upside-down Marcos pictured above, only to extricate his completely unscathed #9 PNC Bank car to drive off to yet another championship in a year that ends in an 8 or a 3.  Having also added 2020 (and previously, 2015), it seems that a win in a year that ends in a 2 is one of the few trophies Dixon has yet to shelve, so he'll be keen to pull off another inevitable miracle to make it so.  BUT! There are many other worthy drivers who are in with a shot at the title, including all but one of his teammates, so we're shaping up for an eventful two weeks. See further below. 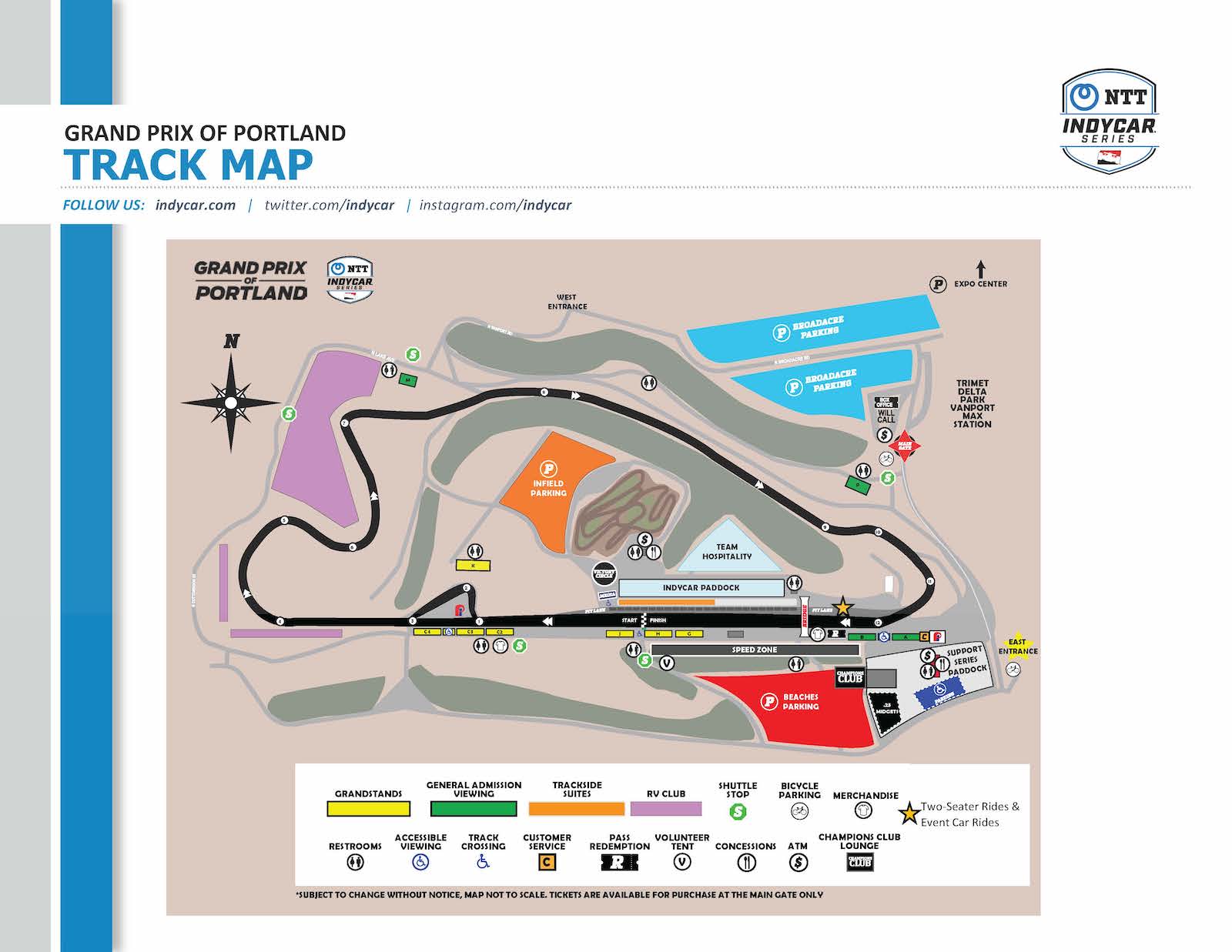 It's the unbearably annoying "Festival Chicane" 2/3rds of the way down the main straight that is the cause of much of the consternation and gnashing of teeth that goes on when one speaks of Portland International Raceway. Twenty-six Indycars into it cannot go. Two Indycars into it generally cannot go either.  In the main Indycar thread, forum member SKL has passed on some inside information that race control will be focused on creating an obstacle in the run-off area that is intended to stop drivers from running straight through. My guess is that Baldrick is now working Indycar race control and has come up with a cunning plan; one which I can only hope involves some sort of large wooden cart filled with fresh produce. That usually seems to work.

Portland is West (Best) Coast and therefore the local time is Pacific.  Whatever you normally do to figure out Eastern time, just add three to it, maybe subtract three, I dunno. Or just keep coming into this thread and asking what time green flag is until people stop getting angry with you, and that will mean the race is starting.

There is also a full schedule of ladder system races as well as an ARCA race, which is something I haven't followed since Milka Duno and Jennifer Jo Cobb were mixing it up.

Because regional food is as important to Indycar threads as the racing itself, here are the championship contenders as represented by Voodoo Doughnut varieties. 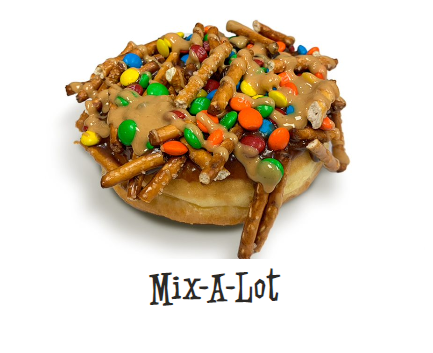 Yes, it's the year 2022 and somehow Will Power is once again leading the championship standings. However, Will Power leading the championship standings means absolutely nothing, and it never has.  For all we know, JPM will helm a late entry just to run into Will and take him out of the race.  I've chosen the hip-hoppiest of donuts, the Mix-a-Lot, to represent the breakdancing Power as well as for his completely random history of end-of-season race results. 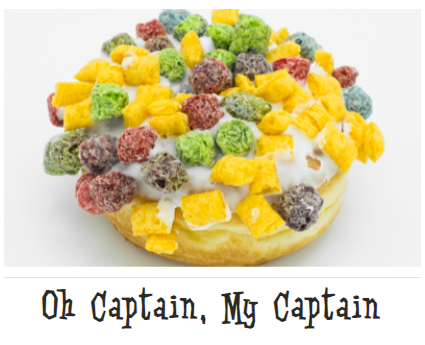 Is Josef no longer the Young American? Is he Captain America now that RHR is gone?  If he wins another championship, does he become second in command to the Captain Captain? (You know who I mean.) 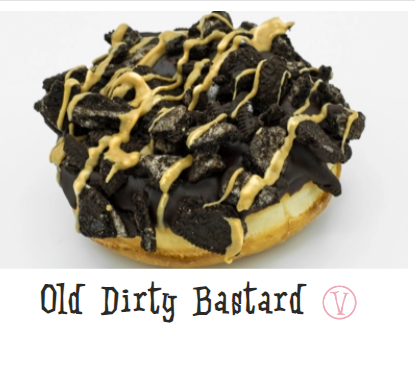 Because no matter who your favorite driver is, Scott Dixon is better than him.  There will be eleventy more drivers of the #10 in the coming decade, and Scott Dixon will be in the #9 for all of them. Also because there may still be dirt on his car from 2018. 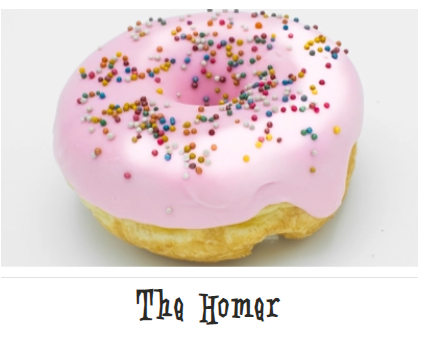 ("Raised ring with strawberry frosting and round sprinkles")

What is the home of Indycar? Indianapolis, of course. And what is the ring road around Indianapolis? It's 465, the exact number of points Marcus Ericsson has. So he is represented by the Gomer err I mean Homer doughnut, because let's be honest... he's only this high up in the standings due to a certain d'ohble-points-paying Indianapolis-based race. 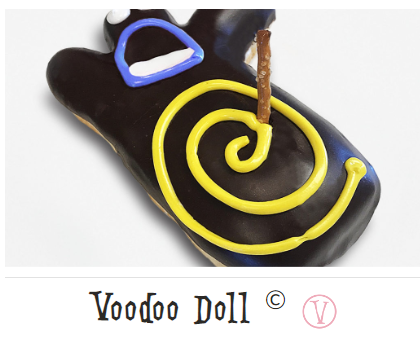 Ever since declaring mid-season for McPonzi Racing, Palou's been at odds with his litigious boss Chip so much that it seems like the best way Alex can get back at him is to just out and out win the championship. Yeah, that'll show him!  Bwahahaha... Chosen not only because of his antipodean upbringing on the Pacific version of same; but TWICE now local foods that have been mentioned in our threads have later ended up in Scott's mouth. Given his woeful experience with Nashville hot chicken, it seems very likely that one of these very doughnuts will feature on next week's BusBros episode. 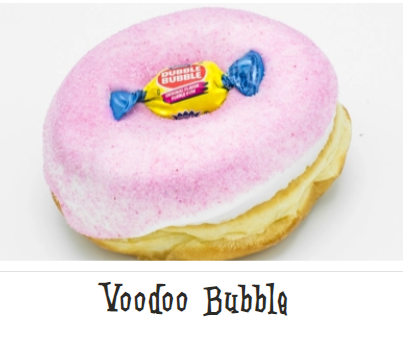 Because even though he's mathematically still in the title hunt, if this were basketball and it was March, Team Young Mexicantm would be "on the bubble".

And now let's check in with Rutledge Wood 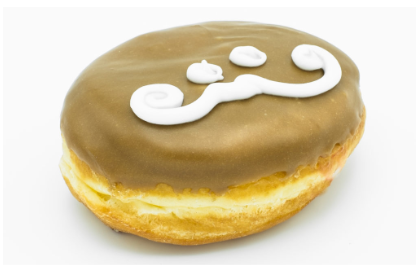 Is Ferrucci racing this weekend? I know which donut of theirs you would've picked to represent him.

That donut's too good for Rutledge Wood. How about a slab of sliced white bread? 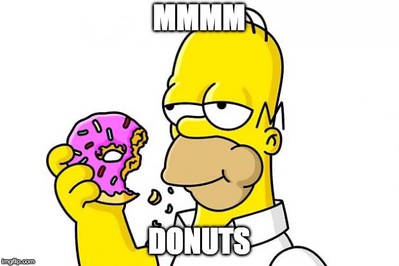 I still don’t know what a Rutledge Wood is, but I assume it’s a sort of small forest.

In the main Indycar thread, forum member SKL has passed on some inside information that race control will be focused on creating an obstacle in the run-off area that is intended to stop drivers from running straight through.

So has Newgarden, by the way.

So has Newgarden, by the way.

Oooh. Hey, remind me why Newgarden has a penalty?

Oooh. Hey, remind me why Newgarden has a penalty?

Kellett has previous here, of course.

Kellett has provided us so much joy in his brief time in motor racing. Also every time I write his initials I think of Donkey Kong.

Kellett has provided us so much joy in his brief time in motor racing. Also every time I write his initials I think of Donkey Kong.

If somebody could grant me three IndyCar wishes, one of them would be for him to be more competitive.

Off the track, he's becoming as asset to the series, IMHO.

Do’hnuts are the new tarot.
Jp

Genius prommer, thanks for the op! As a Dixon fan, that is one of my all-time favorite moments in racing.

I just wish it wasn’t breakfast and that donuts are a weakness.

I would give Bus Bros real money to have Scott eat a Ring of Fire. I was in tears watching the Nashville episode.

Indycar, no one knows what awaits us this weekend. Yay.

Extra kudos too to prommer given the op was a mere “overnight attempt”.

More great Nathan Brown looking ahead to this weekend

Extra kudos too to prommer given the op was a mere “overnight attempt”.

Honestly, once I find a lame enough gimmick, it ends up writing itself.

Kellett has previous here, of course.

As far as I'm aware, he's still sitting on the inside of Turn 1 at St. Pete and nothing, not even attending two races this year, is going to convince me otherwise.

FP1 has just started, in case you're at leisure.

Sector 1 on TV gives me Buenos Aires vibes from back in the F1 day.

Red flag because one of the giant video boards is threatening to fall onto the race track.

Which video screens contain ‘fluid’ ?
NONE I know of…
Jp 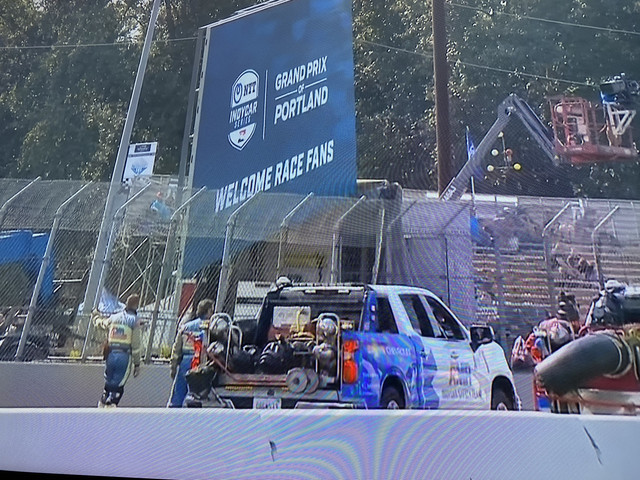 Only in IndyCar a big screen about to fall causing a red flag.

Which video screens contain ‘fluid’ ?
NONE I know of…
Jp

LCD screens can leak if damaged:

Reminds me of the Hoyt-Sherman in Des Moines.
They had like 75+ Chinese LED panels.
Random flickers throughout the day.
I turned’ em all off.
Jp

And we are back with the practice ready to restart
Jp


I am guessing the reports that Mclaren paying Ricciardo off a good deal less than what he was initially seeking, plus the Piastri ruling going for them - means they are ahead of what things were potentially going ro coat them, so more monies available to sort out the Palou situation.


Makes you wonder how interested Palou is still in the McLaren seat now that Piastri is a lock. Or rather they were after more money that McLaren offered and the F1 pipe dream was a bonus and a convenient excuse. 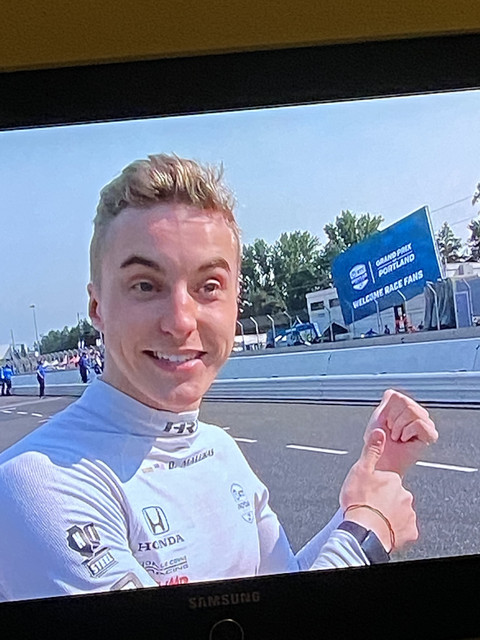 Our phenomenon Malukas seems to lighten the moment !

LCD screens can leak if damaged:

Modern panels used in entertainment are LED.   That looks like a large pitch LED.

The leak probably came from the hydraulics that hold the screen up?

The leak probably came from the hydraulics that hold the screen up?

Yep.  If it’s not the video or lighting dept delaying the show it’s automation….

For context, “ On driver’s left, a new chicane within the chicane has been installed, which adds to the previous chicane system within the Turn 1 complex.”

Possibly, the term chicane has never been used before three times in one sentence or 12.5% of time in any sentence.