This popped up on a Facebook group, but the poster knew nothing about it. The car had been advertised for sale in the USA a few years ago and the vendor described it as a 1974 Lucas with a 2 litre Hart engine. It's not one I've heard of and Google came up with nothing. Can anyone confirm its identity? 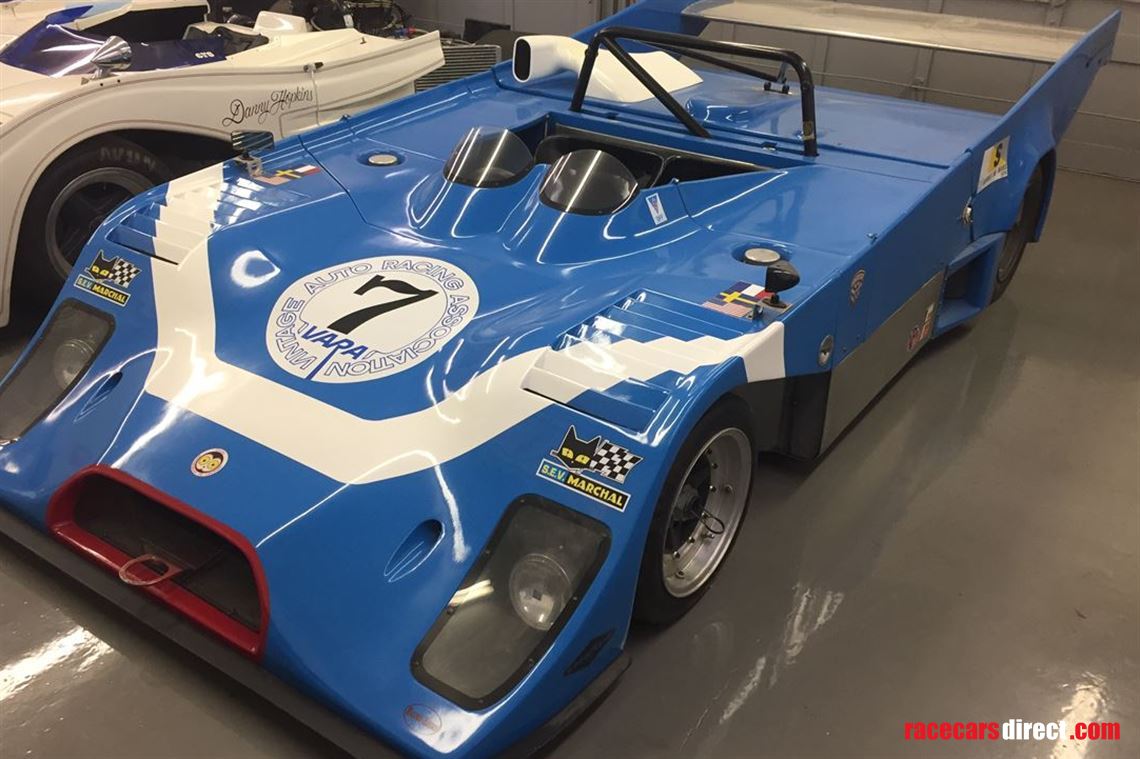 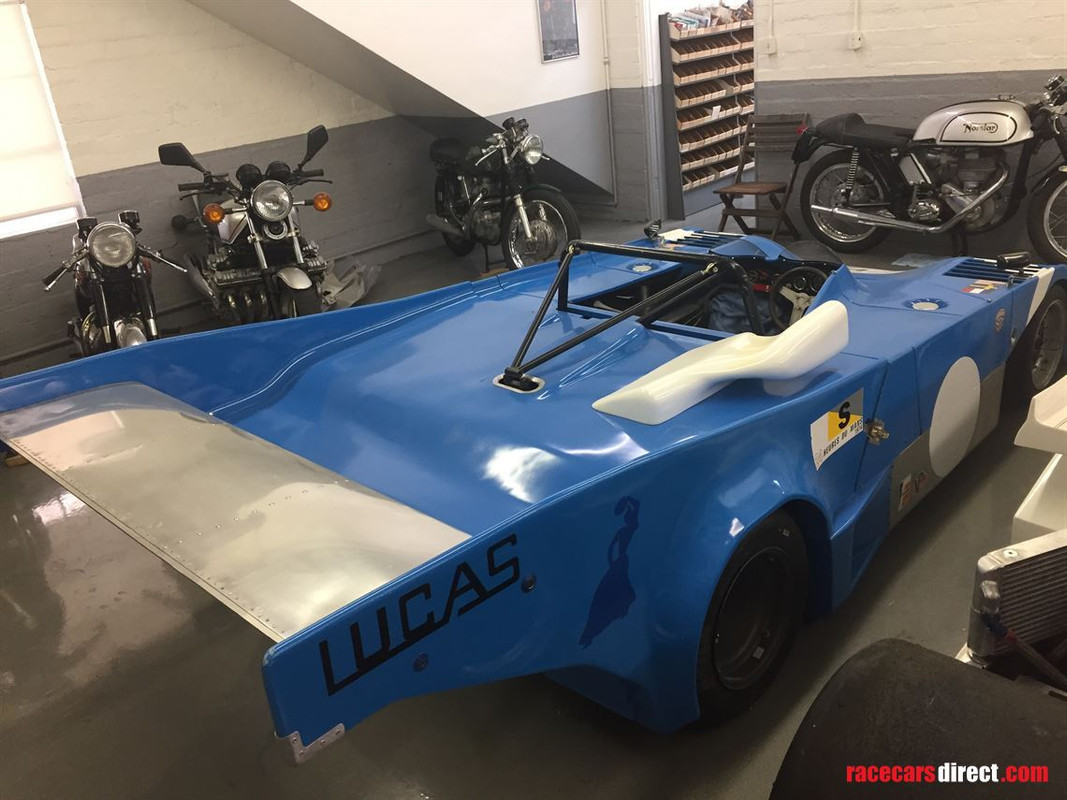 I don't think it's a Grac but it does look French.

Agreed, Al. Its that flared nostrel, too much garlic and Gitanes......

If that is the manufacturer's badge on the nose, it doesn't look like the GRAC logo.

It is indeed french, built by the Lucas brothers originally for the 1975 "Coupe Simca Shell" ..... wich never happened (the series ended in 1974) . It seems 4 units were built, which for lack of the series they were built for, ended up racing in small national races or hillclimbs. The link below is to the dedicated thread on the Autodiva forum, you may need to be registered on the forum to view the photos ( and being able to read a bit of french would help, too...)

There's a distinct cross blue and yellow sticker that marks the 1974 24 heures du Mans event. Checking up they were blue and yellow for 1975 and 1976, but in different patterns.

A nice Nortom in the background...

A nice Nortom in the background...

With the name “Danny Hopkins” on the side. Don’t know if I ever understood who he was, but he definitely spent time in a McLaren or two.

Danny used an M8F in the 1973 Can Am, scoring a few decent top-ten finishes (not troubling the quickest of the 917 runners - but then, who did?), but so far as I can see didn't finish the season.

There were at least half a dozen M8Fs in action during '73 - so presumably not all ex-works cars - and not top of most people's wish lists after '72...

Does anyone know anything more about Mr. Hopkins? 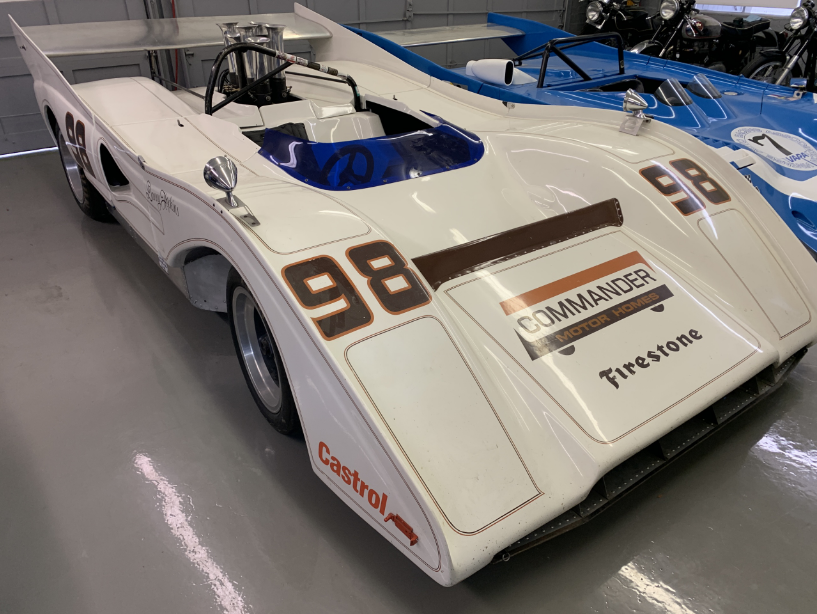 Hopkins destroyed the McLaren in an accident at Edmonton in September of 1973. Hopkins obviously thought "that's enough for me" and appears to have stopped racing.

The car shown was rebuilt on a replacement chassis. The Hopkins car came to Australia in 2016 for the Philip Island historic meeting where guest driver Andy Newell got a little over exuberant during a dice for the lead and backed it in to something rather solid.

The car returned to the US in its damaged state where the right rear suspension, rear bodywork and wing were replaced ... again.

I am trying to track down where and why the two cars are together.

Here is what the caption (in French) suggests is the prototype LUCAS. This particular car ran with a Cosworth BDE. 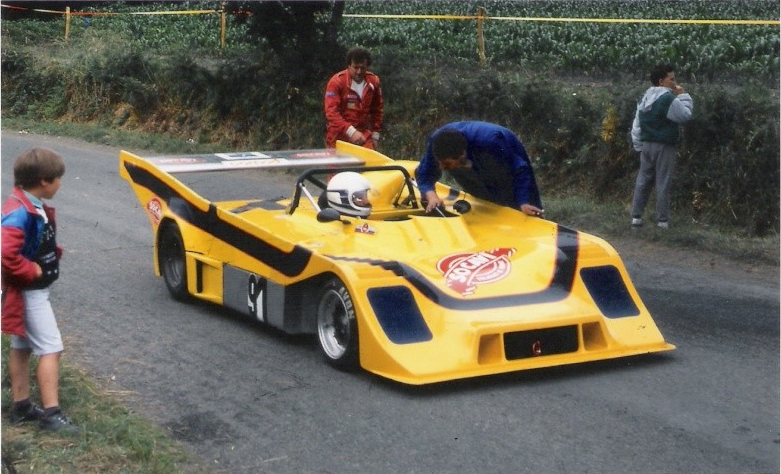 Both cars (and the bikes) are owned by an American collector in the Willow Springs area.

Danny used an M8F in the 1973 Can Am, scoring a few decent top-ten finishes (not troubling the quickest of the 917 runners - but then, who did?), but so far as I can see didn't finish the season.

There were at least half a dozen M8Fs in action during '73 - so presumably not all ex-works cars - and not top of most people's wish lists after '72...

Does anyone know anything more about Mr. Hopkins?

Thanks for your help everyone, especially Philippe7. I also spotted the Le Mans sticker, but it didn't race there, nor in any other international events as far as I can see. This car, and the much re-built (by a John [Granny] Collins and his son Graham) McLaren M8FP 9/72, were for sale last year by a Barry Blackmore of Glendale California.

My first idea was that the Le Mans sticker came from one of the later Historic Le Mans races. The car would fit in there better than in the real Le Mans 24H. There is another detail that I am wondering about. On top of the sidepods, there are 3 flags. A French one, a Swedish one and a US one. That usually refers to the nationalities of the drivers. So this would be a livery of a 3 driver race. 24H LM is possible, but not quite likely, so Historic Le Mans again? And Start Number 7 is surrounded by Vintage Auto Racing Association. So the livery is not a period one but from much later.