There are many ways to follow a Grand Prix, enjoying support races either on the side or even as the main course is one of those ways. Well, if there are support races to be had that is, but most of the F1 events have at least some of them. Few of these series are 'officially' part of the circus and/or intended as ladder to F1, others may only appear once a year, or never to be seen again. What do you follow? 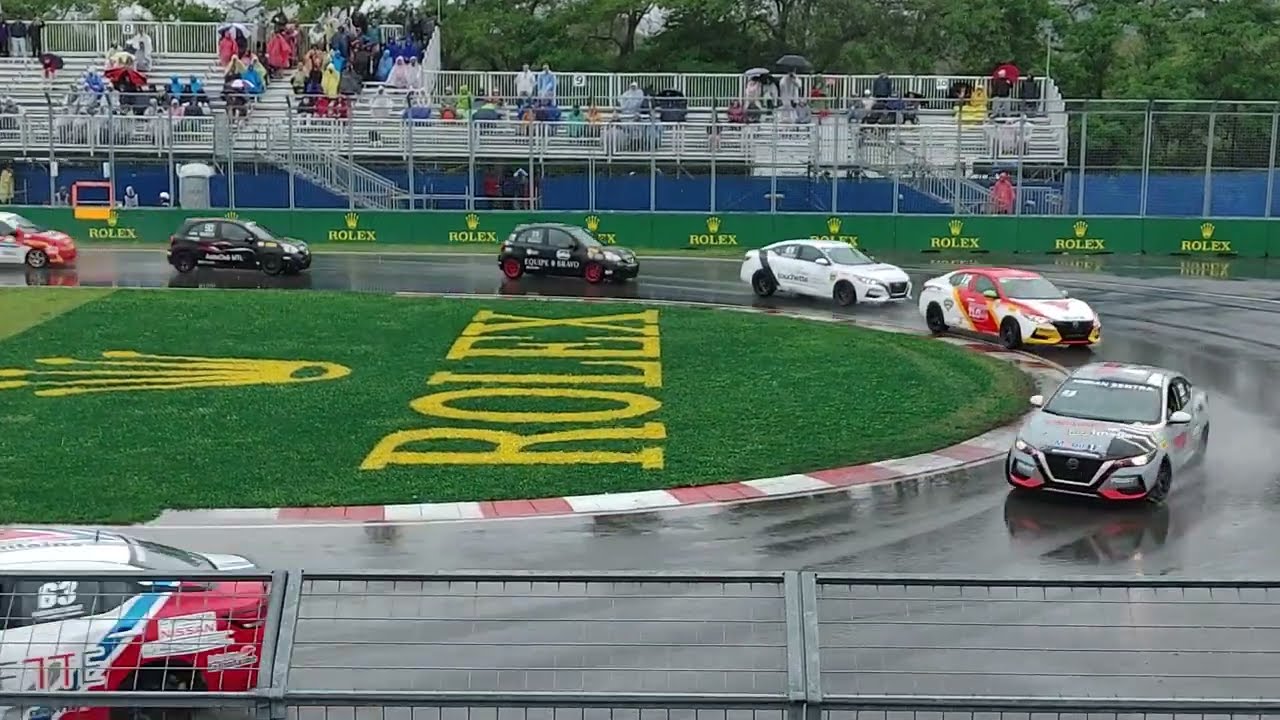 I'm very interested in W-series. I think Jamie Chadwick is probably the most underrated sportsperson in Britain. Speed is a unisexual drug, and I'm convinced that W-series has the most potential growth.

Is this about TV or at the track?

the ontrack stuff at Miami this year was pretty underwhelming with W Series and some Porsche racing - but nothing else.

Would love to have had more action on track.

I'm very interested in W-series. I think Jamie Chadwick is probably the most underrated sportsperson in Britain. Speed is a unisexual drug, and I'm convinced that W-series has the most potential growth.

I think she needs exposure outside the W Series. If she plans on doing tougher series - she should look for a drive.
I agree she's underrated compared to what others are doing in their classes, maybe it's because it's hard to rate the W Series

Yeah I have capitulated to the notion that W is a schedule filler now.

This seems to be a TV orientated poll. I view the value of the support races diferently when watching on TV, compared to attending a GP.

Formula 2 & Formula 3 usually offer better racing and more excitement as F1. For me those are actually often the highlight of the weekend and not boring F1 where you can predict that Red Bull or otherwise Ferrari or Mercedes will win 9 times out of ten anyway (and usually the percentage is higher as 90%).

That said: I want to see Porsche Supercup removed from the support. It's not an interesting series, doesn't have very good drivers in it imho and they always get a better time slot as F2 & F3 what I find baffling.

I would like to see at different venues different classes replacing Porsche Supercup: more variety and that could be an F4 race, a F. Regional race or something else but please remove Porsche Supercup from the program.

I also would like to see F2 & F3 at least one race where they are the headliner at a circuit that F1 is not racing.

Also at Monaco I don't want to see F2 & F3 but F4 cars with a non championship race but with drivers able to participate from all F4 championships in the world with different heats, a semi final and a final. Like the Monaco GP for F3 cars used to be in the '70s, '80s: it was incredible prestigious back then (you could have up to 80 drivers entering) and the ones who won it were virtually guaranteed an F1 seat the next year.

This seems to be a TV orientated poll. I view the value of the support races diferently when watching on TV, compared to attending a GP.


Thought so too. But then the one-off/national/regional support races doesnt fit, those broadcasting rights arent exactly for the whole world.

If they came up with a vintage based (big block V8's) but modern Can Am series that ran at the North American F1 races I'd be all in.

Otherwise I don't watch nor care about any of the junior or support races.

For the Aus GP, we were quite spoiled. Had the V8 Supercars, Porsche Cup and SF5000s rating. Really adds to the overall weekend (especially the V8s)

I would follow F3 and F2 if they had drivers I would support.

I'de love to see more of the W series, the only problem being, like F1 there are too few teams and the cars seem to be severely underpowered even compared to F3.

Regardless of what we’d like, I don’t think we’re ever going to see a full agenda, coz they can’t risk a delayed start to the main event because of some lesser God putting his rent-a-Porsche through a guardrail.

As an aside, when I attended Laguna Seca in ’95, they had a (GT I believe it was) support race AFTER the Indycar race. I found that rather weird, double so because Villeneuve just won the title so the focus of attendees was shifted let’s say.

I don't watch any "regularly", but as per the last question may tune in if I have time and it's a good track, and in this case mostly W series

I want to see Porsche Supercup removed from the support. It's not an interesting series, doesn't have very good drivers in it imho and they always get a better time slot as F2 & F3 what I find baffling.

It's been like that since the late 90's at least (when i started paying attention). Must be a very expensive championship to run.

I also would like to see F2 & F3 at least one race where they are the headliner at a circuit that F1 is not racing.

I fear they have outgrown Pau, but something along those lines would be cool.

No interest in the F1 support package as far as TV is concerned. With so many races in F1 now every year committing to the support series is impossible without compromising your personal life.

I get more from following other series - primarily Indycar and BTCC too which is another nail in that coffin.

I vote other other other. What a crying shame F2, F3 and W Series are buried in the Grand Prix weekends instead of headlining their own meetings, or sharing the bill with GT or touring cars. Instead, they're behind massive paywalls to watch live or on TV, and they visit the wrong circuits. Last time I attended a GP (admittedly some while back), most of the Silverstone crowd was sitting on the wrong side of the grass bankings not watching the F3.

I try to keep up with F2 and F3 by reading Autosport and finding a few minutes of Youtube highlights, while Channel 4 shows W series highlights.

Porsche Supercup not regularly but sometimes. (The racing was closer and better with the previous car, wasn't it?)

One-off guest support races are regularly IMPOSSIBLE to watch on TV or elsewhere. These series don't even have online live timing when they make guest appearances at F1 weekends! Unless I'm mistaken, W Series and Porsche Supercup are missing online live timing as well. That's pretty poor. Porsche Supercup has been part of F1 weekends since what, 1993?

That pretty much what I do, although I record them and watch them when there is nothing else on. It's amazing how many at the circuit just don't bother to watch anything other than F1, and even then quite a lot don't seem to care about the FP sessions either. Seems strange to me considering the cost of a weekend ticket.

Whether I watch F2/F3/PSC/whatever during a GP weekend is entirely reliant upon what I'm doing or have planned - I'll always make sure I'm free for the F1 but with the others I tend to watch them if I'm not doing anything and happen to put Sky Sports F1 on in the morning.

When attending races though I try and watch as much as possible at the track.