Had a conversation on the weekend about the Stratos that Burnt in the Brechfa Forest - the Welsh Rally 1976.

Does anyone know what happened to the chassis??

Had a conversation on the weekend about the Stratos that Burnt in the Brechfa Forest - the Welsh Rally 1976.

Does anyone know what happened to the chassis??

Junked? In his biography 'A Chequered Life' (by Richard Heseltine) it says "Meanwhile, back in Chiswick, the boss [Graham Warner] was tearing his hair out in frustration as he attempted to replace the comprehensively destroyed Stratos. "There was no way we could repair it - there was nothing to repair..." It also shows a picture of the burnt-out wreck with Team co-ordinator Brendan Neville standing alongside it - if he is alive, he might be a good person to ask?

Another person to contact is Don Fenwick, he was a mechanic at Chequered Flag during the Stratos days.

I have a feeling 1513 was scrapped properly, it was never on UK plates either.

The replacement, 1637 was in far worse condition than what had been described, it had been a recce car for '75 Safari, then done the rally with Vic Preston Jr.

Then it was used as a recce car again on the '76 event, then sold to an Indian who lived in Kenya. It was in a very rough state when it arrived in Chiswick. 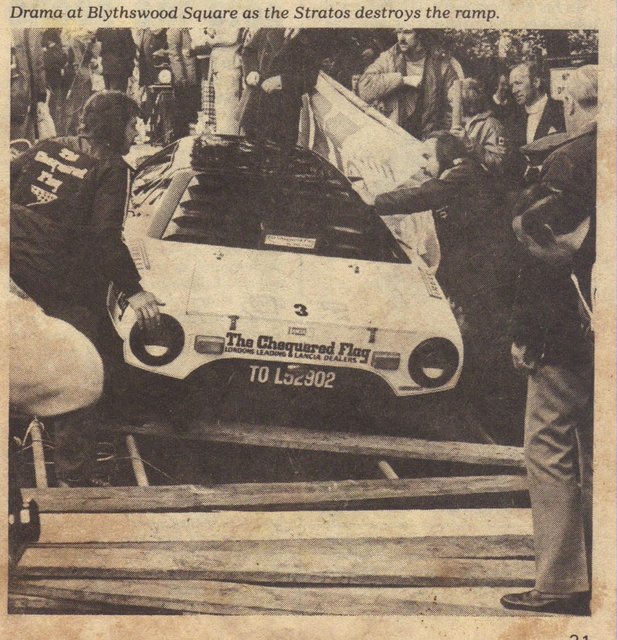