The Bernie documentary sounds very interesting, especially to those of us who have watching F1 since the '60's.  From what I've read I can't figure out how to watch it in the USA...

The Bernie documentary sounds very interesting, especially to those of us who have watching F1 since the '60's.  From what I've read I can't figure out how to watch it in the USA...

Get the impression "TBC" which is the broadcasting partner in the States is what you should be looking for. But I do not see what carrier has it.

Got it. Well I will on it's release date at least.

Oh I must have completely missed this. How do we watch it in the UK then? 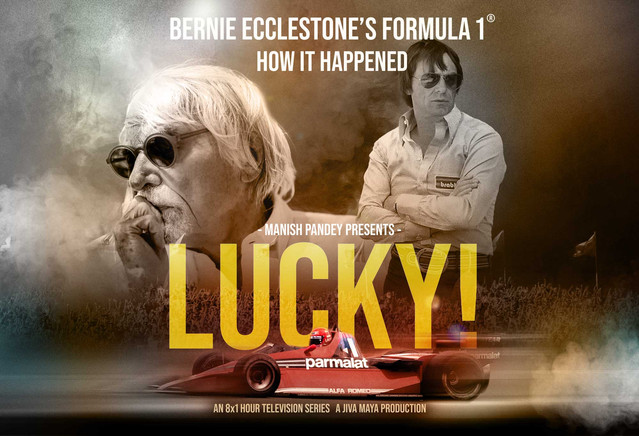 UK is Discovery+ ...so maybe wait till LeMans and buy it for a month or 7 day trial???

Finished watching this 8 part series last night. It's great seeing some of the old footage in the early episodes. Many old video clips that probably haven't been seen since they were originally aired.

It's well put together - basically Bernie narrating us through the history of F1 through his experiences but in typical Bernie fashion he doesn't really give much away either.

It was nice to watch and it's great if you don't know much about the main stories of F1 history. It's aimed at being a documentary about Ecclestone, but it doesn't really go very deep. He gives his opinions on some of the people he met along the way, but barely scratches the surface. The final episodes feel like they're in a hurry...

For the hardcore fan with many years of knowledge, it's not going to blow your mind. The editing of the old film and effort to find rare footage is excellent though

Just finished it. loved it.   Sadly not much " secret inside"  info,  but Bernie is not a rat, so i never expected that...

So it sounds like it's just Bernie talking for eight hours while some archive footage is being shown?

A documentary about Bernie would probably be more enticing than one by him.

Does he die at the end?

I just finished it and it was great ! Fascinating guy and always has been. Ever since I read Sid’s book where he spoke Bernie’s high level,of intelligence I have looked at him differently.

Has anyone watched this in the USA?  If so, what streaming service??

Now that this thread is here, I ask you all, if you bought or possess the book written by Bernie Ecclestone about his business history.

Is there a second-hand copy of the book circulating in the market???

Does he die at the end?

Nope, he did a deal with God.  He is staying.

To assist those in the UK.
If you have BT Sport you can get Discovery + for free.
https://www.bt.com/s.../discovery-plus

VPN? Pirate bay? Ask someone in a country who has access to it to record it, and send you a flash drive/DVD/download link?

Autosport's review of the documentary states that Ecclestone has made it for the benefit of his youngest son, Alexander Charles "Ace", who is two years old and may lose his father before he is able to form any memories of him.

Can you post it or is that under a paywall as well. ?
Jp

Sorry, it was a print-only feature from a couple of weeks ago.

To assist those in the UK.
If you have BT Sport you can get Discovery + for free.
https://www.bt.com/s.../discovery-plus

Discovery Plus do have some serious shady people behind them

"You can only log on from the country you have registered from".

In other words; SurfShark doesnt help

I'd better not go on holiday and want to see my programmes on Discovery Plus.

Get a better VPN.
Jp