Ducati used to use the prancing horse...

This might not be news to most of you but I only discovered this yesterday:
Between 1956 and 1960 Ducati race bikes were decorated with a prancing horse similar to the Ferrari emblem.

The rampant horse does not identify the Ferrari brand only: Fabio Taglioni's Ducati too had it on its motorbikes. Taglioni's father was in fact a companion of Baracca's, and fought in his famous squad, the 91st Air Squad but when Ferrari became famous and the early legend started to accompany it, Ducati abandoned the horse, some suggest because of a private agreement between the two brands. 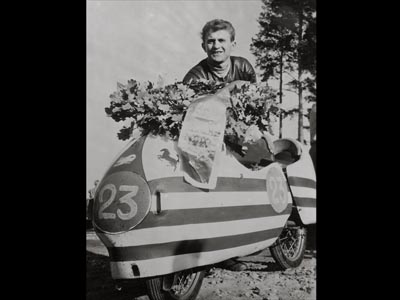 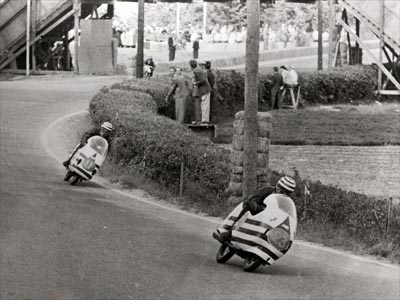 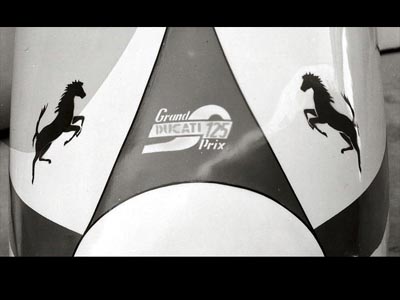 Does anyone know any more about this?

Well, of course also the Porsches... It's the heraldic animal of the town of Stuttgart, and I believe the Italian air ace got his sign from a shooting of a German plane that carried the coat of arms of Stuttgart.

Yes, the way I understand it is that Baracca shot down a German plane that had the horse on it and then decided to use it himself. Baracca's family then let Enzo use it.

No enemy aircraft involved....
Baracca was a Cavalry commissioned officer, who at the start of the war was transferred to planes . The horse just remembered his origins.
By the way, it is very likely that Baracca's original horse insignia was red, not black ; we have no colour photos left, but the Family's official portrait depicts a Spad with a RED horse.