The cutaway drawing and its artists

Cutaway MiG-13, also known as Mikoyan-Gurevich I-250 (IN), it was a fighter developed by the MiG design office for Soviet Aviation at the end of World War II to deal with the imbalance caused by the entry into service of the twin-engine jet fighter Messerschmitt. Me-262, the MiG I-250 next to the Sukhoi (I-107) known later as Su-5, both in the absence of the availability of jet engines were designed around an alternative engine of 12 cylinders in "V" Klimov VK-107R of 1650 hp, the same was installed in a conventional way in the nose that moved a three-bladed propeller, under this was the air intake, an accessory in the lower rear part of the engine as a PTO that rotated an axle that moved a compressor Kalschevnikov VRDK under the front fuel tank, which entered the air that after passing through the cooling radiator entered a set of 7 burners that provided a thrust of 300 Kgs for brief periods, in turn a air bypass fed the overcompressors of the Klimov engine, a variable nozzle composed of two vertical fins controlled the flow of gases for optimal operation and better use of all its possibilities, this hybrid power plant jointly offered an approximate of 2800 hp flying to 7000 mts, allowing the I-250 to reach a maximum speed of 825 km / h, its thin newly designed laminar wing had a strange landing gear with a lever in front that gave it a strange but efficient appearance on irregular tracks and whose wheels retracted in compartments just under the intake duct, it flew for the first time on March 3, 1945, it was clearly an emergency fighter that was produced in short series assigning it the name of MiG-13 and entered into service at the end of 1945 and had a short operational life until 1950, I operate with fighter units of the northern northern fleets. Continuing with the creation of modifications for schematic cuts of those little-known aircraft that I have called myself "Orphan", recreated to give us an idea of ​​what that machine was like and its very unorthodox power plant (Also seen in the Su-5 and the suicide flying bomb Yokozuka Model 22 Okha), original author not identified and modified by Motocar to recreate the MiG-13. 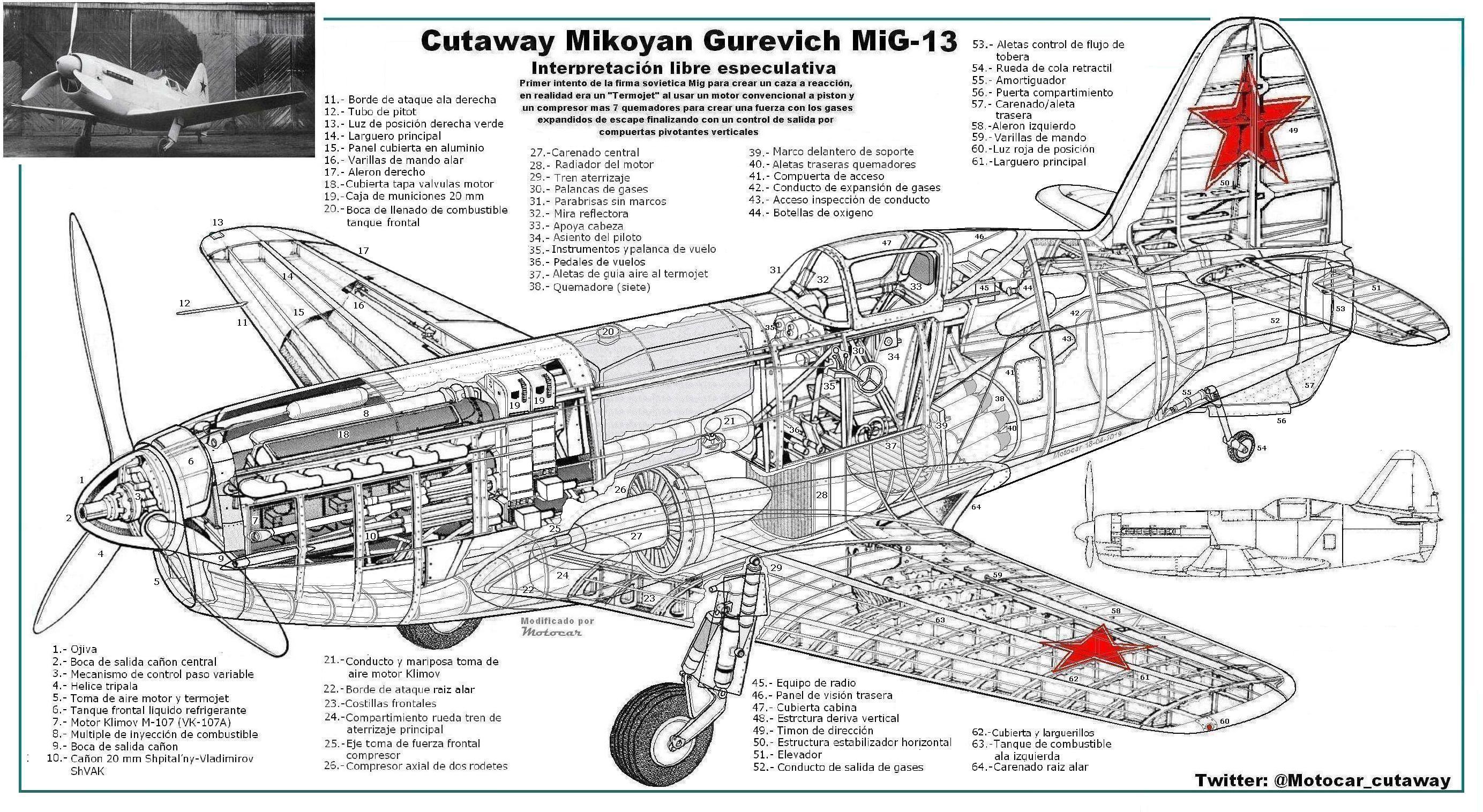 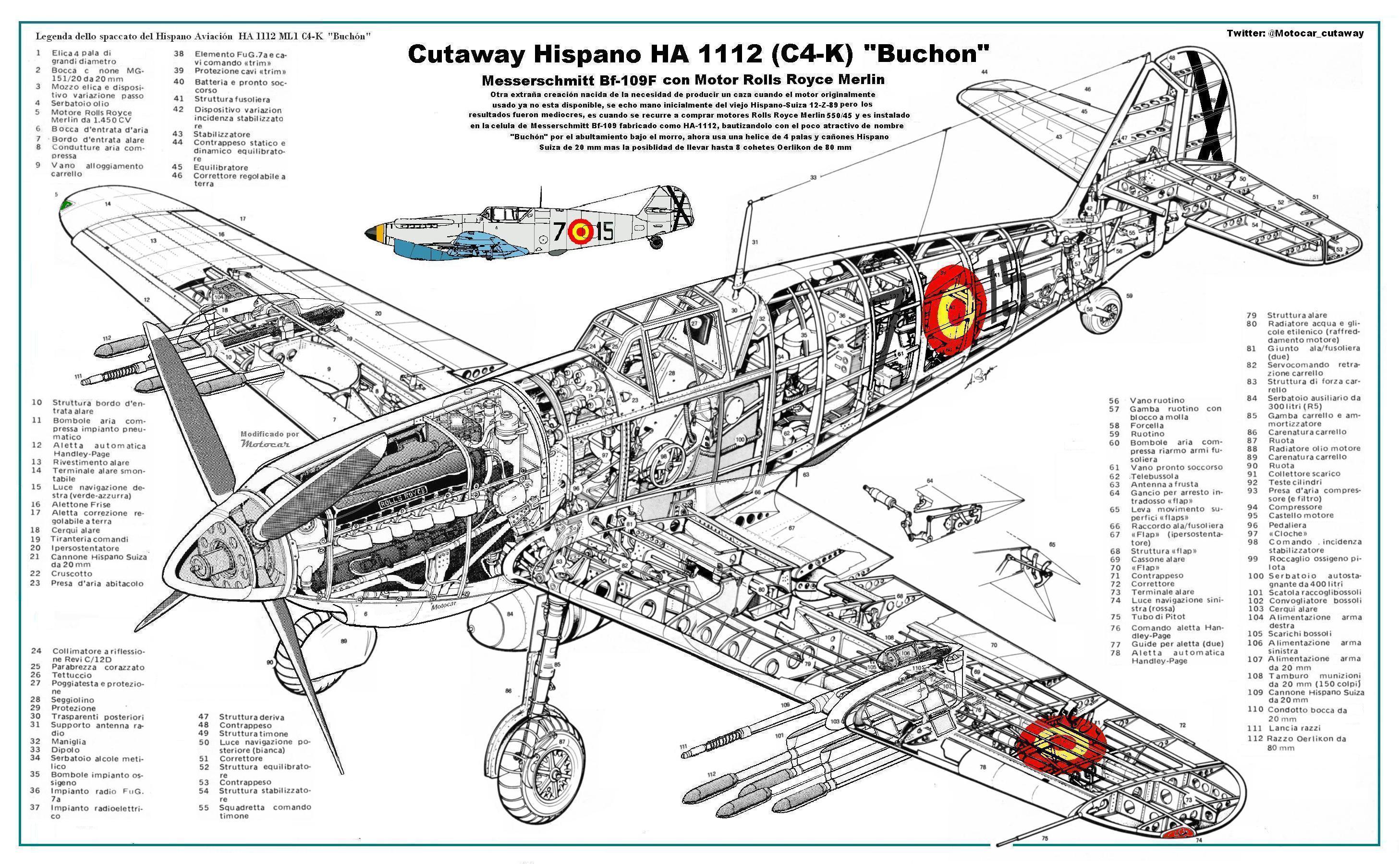 ^ First impression: basically same valvetrain in production in 1928/1929 as patented and produced by Opel since 1965 for their CIH (Camshaft-In-Head) series of engines. Couple of low-res drawings and text:

It's interesting to see some forgotten-and-reinvented approaches.

...I'm just really amazed how you remembered Opel CIH while totally disregarding that this Dilambda engine is V8 - i.e. this is the very same highly ingenious/controversial VR-layout used much-much later by VW...

Thank you very much for these images, Ibsenop!

Simply because Lancia launched better known narrow-angle V4 even earlier, in 1922 for first Lambda, and produced similar designs so long that they became "normal".

In other hand, such (Dilambda/CIH) valvetrain is something just between OHC and OHV, and we can see couple of its plain solutions (eg rocker pushed from lower side) in further development of OHC.

Not the first example, but... 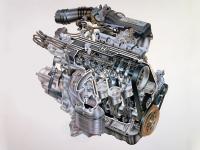 Simply because Lancia launched better known narrow-angle V4 even earlier, in 1922 for first Lambda, and produced similar designs so long that they became "normal".

True... Looks like I talked too much with "ordinary" people lately and somehow forgot that there is nothing to be surprised, actually - kind of "well yeah, that Lancia layout - so what?" or something

Maybe someone can remember - long time ago here was posted a picture of twin floating brake disk assembly with intermediate pad (from some racing car probably) - Its embarassing, but I forgot where I put it and cannot find it in my collection... Thanks a lot in advance 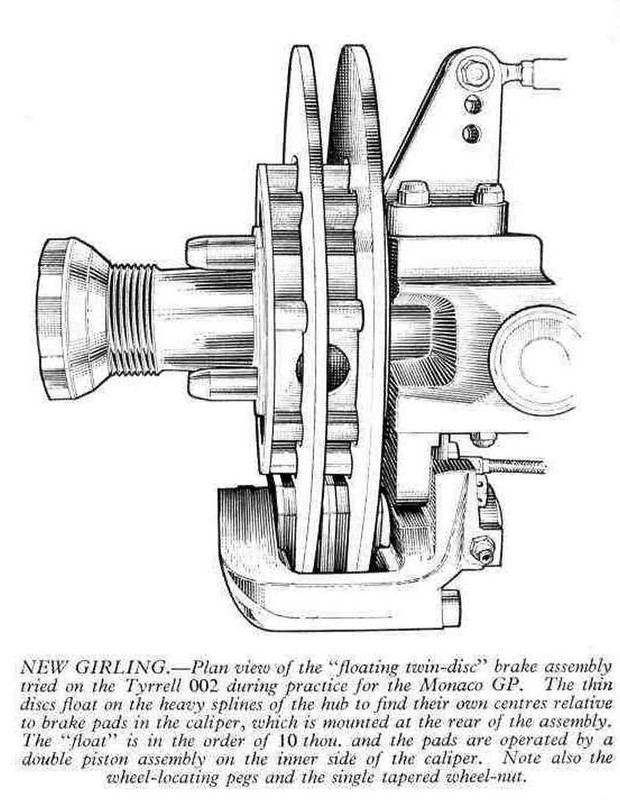 YESSS!!! Thanks a VERY-VERY LOT Marc! When growing old I became much slower thinker, so I spend two days trying to remember/regoogling it and was quite irritated about myself... Yes, this is exactly the picture I was looking for - thanks again

P.S. Looks like Beringer still offering its 4D system http://www.beringer-...d-system-10.htm - so the idea is still alive (not mentioning multidisc aircraft brakes, of course)

final artwork of the mercedes 540K by David Kimble (from web)

Many things just get better as they age don't they ?

I mean this thread is just getting better and better, even if it is slowing down 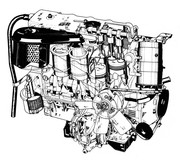 I am always intrigued how Da Grada got away with such radical head modifications. I suppose he did start with original heads and reworked them........ a lovely piece of ingenuity/enginuity....
Roger Lund

On the weekend of their withdrawal, and after 43 years of service, it is time to bid a final farewell to the Class 43 HST (InterCity 125). I couldn't find anything of better quality, but it is probably enough to see the Paxman Valenta in situ. 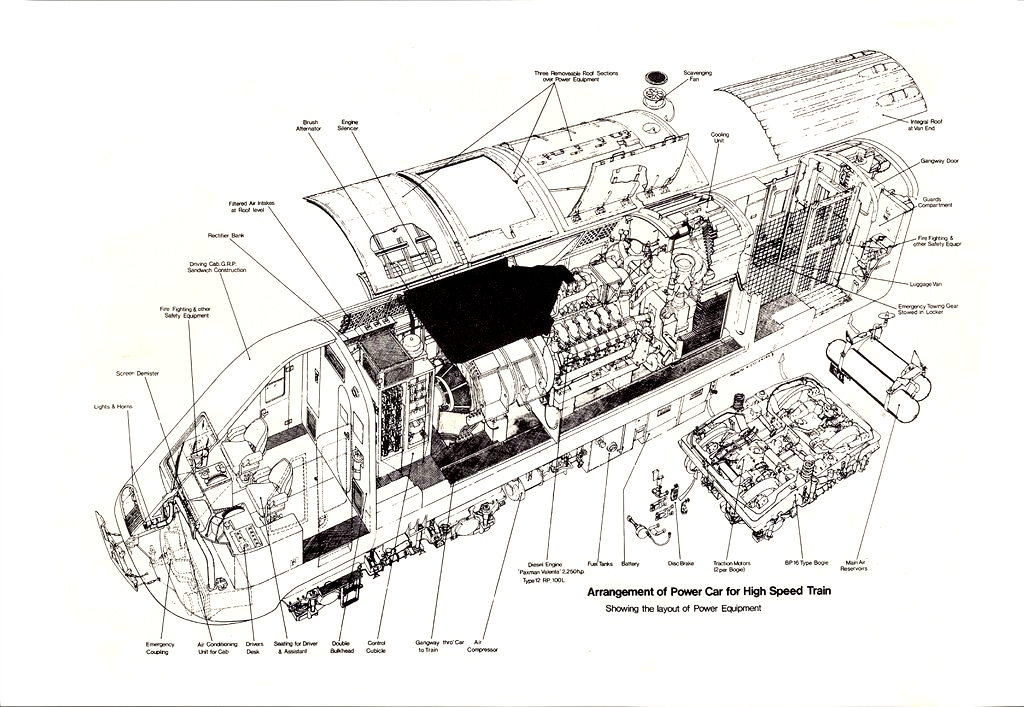 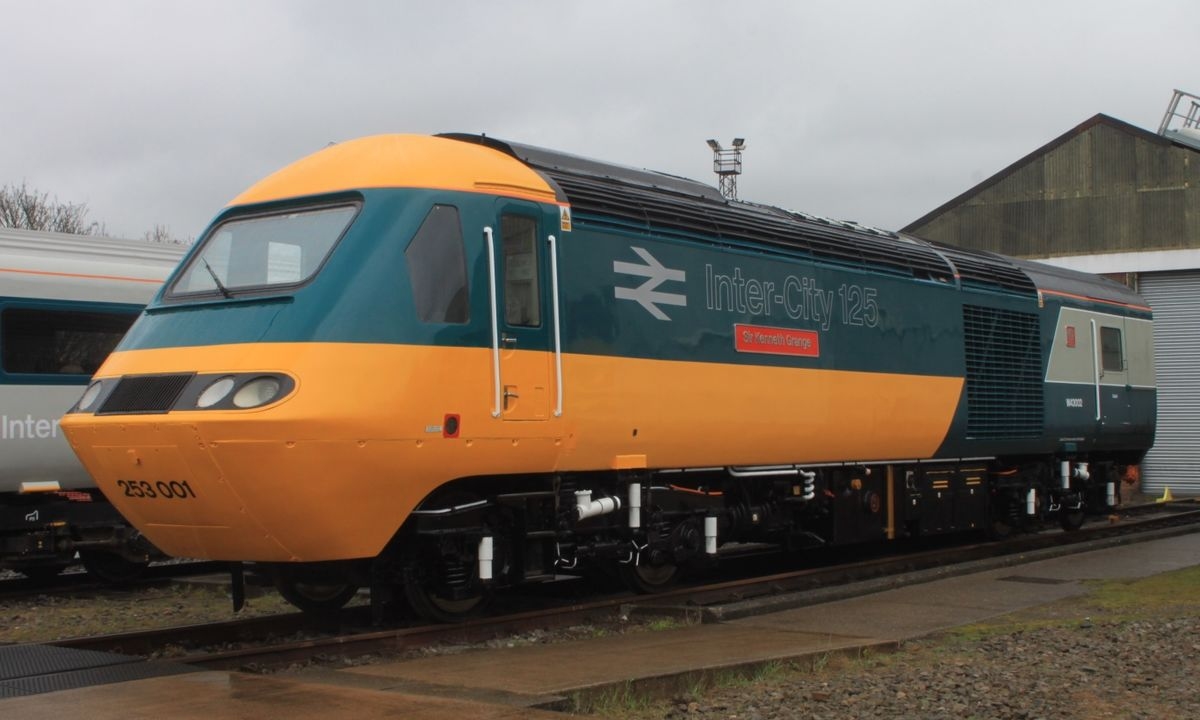 An excellent post, Marc. Many thanks. There seems to be such an elegant simplicity about that drawing which makes it a joy to see.
Roger Lund

The 3rd of the 4 cars in the C&D F Jr comparison, the 4th being the period F Jr Lola

Very nice Suzuki engine, thanks a lot! Those early Japanese K-car's engines are very interesting "missing link" between motorcycle and automobile' engines layout - essentially MC engines, but with integrated final gear... If I remember correctly, a lot of FSAE projects nowadays are made with this layout

And again about that Suzuki engine... Probably there is a typo about 346cc displacement - according to Wiki 1971 LC10W engine (the only water-cooled I3 that fit description) has 356, 443 or 475 cubic centimeters... Also 1969 Nialco RQ with air-cooled LC10 from that very wiki article looks almost like Honda RA271

Update for Bristol Hercules - slightly bigger almost 6K cutaway here also you can get free 3K cutaway of the entire nacelle (that "power egg") here by email (Request Ad ID: 26013)... It really works, I just got the email with attachment an now awaiting for their permission to post it in this thread

P.S. Got an answer: "Yes you're welcome to post or use the image as you wish. It's a great ad and a tribute to the draughtsmen and artists that produced them - and all without even pocket calculators or CAD." So here it is, thanks to Aviation Ancestry -

A Cooper F Jr out of Autocar, issue and artist unknown

The most useful directory piece I have ever come across, and one I frequently use as reference

You said these cutaway illustrations was created by hand on a paper, right? How they reproduce the image from paper to digital format (e.g. jpeg, jpg, png, etc.)? If it using electronic scanner, why the quality look so good? Btw, I bought Kimble's Cutaway book, where the quality of all the car illustration within the book are so good as if it was created using Illustrator for the line art and Photoshop for the airbrush painting.

Interestingly, for some at least, there is a Cutaways page on Facebook. There are some interesting examples shown, but the definition seems poor on most of them, even on a screen shot. Not sure from where they source them. One of the contributors is a cutaway artist, apparently.
Worth checking out, nevertheless.
Roger Lund

You said these cutaway illustrations was created by hand on a paper, right? How they reproduce the image from paper to digital format (e.g. jpeg, jpg, png, etc.)? If it using electronic scanner, why the quality look so good? Btw, I bought Kimble's Cutaway book, where the quality of all the car illustration within the book are so good as if it was created using Illustrator for the line art and Photoshop for the airbrush painting.

There were artists doing cutaways longe before Illustrator and Photoshop and even before computers...and some of those artist are long in the business and have a hell of a lot practice.

Q: How they reproduce the image from paper to digital format?

A: With a good scanner with lots of dpi.

Mini Minor by A. Santini

I think that was done by me for Motoring News, based on what I saw at Silverstone.

There were artists doing cutaways longe before Illustrator and Photoshop and even before computers...and some of those artist are long in the business and have a hell of a lot practice.

Q: How they reproduce the image from paper to digital format?

A: With a good scanner with lots of dpi.

Why do you think a scan would not be good? Dave Kimble uses or used ink and airbrush, I used ink, paint brush or airbrush, I have never produced a cutaway using Illustrator or Photoshop, I don't know how to do it and I have no interest in it.

...Using Illustrator or Photoshop for cutaways is like those short-lived "hybrid" carburetors with electronic controls from Suzuki motorcycles - or early fuel injection system equipped on Yamaha R1 of about 1998 (if I remember correctly), which still retained air chamber for smooth operation... kind of "temporary/transitional solution", there is no future for this approach - eventually CAD-renderings will completely replace it, I believe...