[QUOTE]Originally posted by fines
[B]... abducted by aliens!

May have well been. His office was three miles from my house, but no one knows anything about him.

Somewhere at the start of this thread, many years ago, and before I gave up reading it, someone expressed surprise that an American would race at the Grenzlandring.

I am not so sure. The Grenzlandring was in a part of Germany occupied by the British Army after WW2. My father recalls attending a race there in the early 1950s as it was close by. He was by no means a motor racing fanatic. So I think the circuit had a reasonable profile amongst serving British soldiers at the time and it seems possible that word could have spread to the Americans. So our mystery man O'Brien could quite reasonably have heard about the circuit, even without involving any CIA conspiracy theories.;)

Originally posted by Simon Davis
Somewhere at the start of this thread, many years ago, and before I gave up reading it, someone expressed surprise that an American would race at the Grenzlandring.

I am not so sure. The Grenzlandring was in a part of Germany occupied by the British Army after WW2. My father recalls attending a race there in the early 1950s as it was close by. He was by no means a motor racing fanatic. So I think the circuit had a reasonable profile amongst serving British soldiers at the time and it seems possible that word could have spread to the Americans. So our mystery man O'Brien could quite reasonably have heard about the circuit, even without involving any CIA conspiracy theories.;)

Just a little snippet about Robert O'Brien - I noticed he was entered for the sports car race at the Nurburgring on 3 August 1952 in the 3000cc class in an Aston Martin entered by Vicontesse de Walckiers. He was a dna. I don't think this has been mentioned before.

Thanks, John. Another piece in the jigsaw.

I just spotted Robert O'Brien driving a Cooper in a NY Region Formula B event in 1965. Does this help - or hinder?

Have we considered the possibility of "our" Robert O'Brien being the writer Robert Leslie Conly who used the pseudonym Robert C O'Brien when writing children's books in the 1960s. He was born in Brooklyn, New York (in 1918 or 1922 depending on what you read) and was a writer for National Geographic magazine through the 1950s and 1960s a job that - according to Wikipedia - took him around the world.

This is the author Robert O'Brien...; 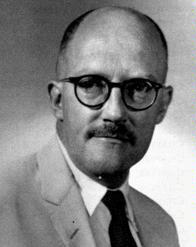 I don't think he looks much like the Robert O'Brien who's picture was posted on the first page (since been removed).

I find in the Louis Rosier's archives, this business card.

Excellent - so there's little doubt now that THE Robert O'Brien was from Hackensack... Good stuff, Hugus, what an excellent debut post!

I've not gone through each post, so please forgive me if any of this this is redundant. Goiing quickly through what has made it into my computer:

Robert Q. O'Brien - Teaneck, NJ (USA) entered a Jaguar XK120 in the Convair Trophy Races (Allentown, PA) of 1951. Might be your guy? Went on to race 1952 in Ferrari 0054/M partnered with Richard Cicurel at Sebring and then a Connaught at Bridgehampton, NY. I spoke with Richard Cicurel a few years ago. He might know something about European exploit of this particular O'Brien? Cicurel lived and worked in Paris for a time during the 1950's.

A certain R.J. O'Brien had a dealership 1954 in St. Petersburg, Florida that carried Renault, MG and Morris Minor.

A distraction could be a William O'Brien of New York who owned a Frazer-Nash and entered it at the Targa Florio 1952 but did not appear.

I have loved reading through this topic and am amazed at the level of research to try to sort out the actual story. Research that would make the CIA proud!
Of more interest to me is the crossover to topics of great interest to me that is XK jaguars and also I am carrying out research on motor racing in scotland to try to sort out the history of various scottish sold XK's.
An "O'Brien" noted as R. O'Brien I believe ran or more precisely entered a silver coloured XK120 that was driven by John Bentley at Watkins Glen in 1951 race number appears to be 77 but this is easily checked rego plate is [W over R 55 T] probably a trade plate. It is not the best pic as it is a pic of Meyer Spl #41 with the XK in the background.
I am always interested in pics of Jaguar XK's racing in the US or for that matter anywhere in the world.
terry

Am I imaging it but less people seem to be reading these posts these days?
terry

Am I imaging it but less people seem to be reading these posts these days?
terry

Yes you are imagining things Terry...keep in mind, that Historical Research is non-fluffy. If you feel there is more to discover, then bump the thread back up to the top with a question or three...Cheers, Mick

I knew Robert Chester O'Brien. Bob was a friend and racing buddy of mine in California in the fifties and sixties. I first met him at the San Francisco Sports Car Club about 1955 or 1956.

Bob was born in 1931 and enrolled in the Merchant Marine Academy in 1947 to follow in his late fathers carrier as a merchant seaman. He was drafted by the Army while at sea and served until his discharge about 1955 and then returned to his home in San Francisco.

Upon his return he became very involved with sports cars and accepted a job with a start up foreign car parts company, BKE Int.. A year or so later he was approached by Bjorne Qvale, Kjell's brother, to come to work for him and manage his foreign car parts company, BAP. This company grew and by the middle sixties had become BAP/Geon, a national company.  Bjorne asked Bob to move to their eastern headquarters in New Jersey and handle the eastern part of the company. Bob moved to New Jersey and managed BAP/Geon until his wife became ill and wanted to move to southern California for the warmth.  They moved to Huntington Beach and Bob assumed control of the L.A. branch of Geon. At some point Bob had the opportunity to purchase an automotive business from a late friend and sold his shares in Geon.

In the late eighties Bob was diagnosed with cancer and died in 1992.

While in San Francisco he raced SCCA races in California and Nevada. I recall him racing an Austin-Healy 100, an Austin-Healy 100S, a Stanguellini F/J, two different Morgan +4's, and a Cooper F/J. He was a close friend of Leon Mandel and raced his C type Jaguar a couple of times. After he moved to New Jersey he raced in SCCA races in a Cooper-Alfa formula car. Neither I or his sister can recall him racing in any international or foreign races during his carrier.

Thanks for this - interesting that R C O'Brien also has a New Jersey link, which made me wonder if he was THE man, but the picture of the Robert O'Brien who raced at Belgium almost certainly isn't 24 years old. I wonder though if some of R C O'B's details have interspersed with R (Belgian GP) O'Brien?

I am sure that Bob O'Brien from San Francisco, New Jersey and Huntington Beach is not the Robert O'Brien who raced in the Belgium Grand Prix as he would have still been serving in the US Army in Korea at that time.

However it seems clear to me that some of Bob's sports car history has intermingled with the history of the Belgium GP O'Brien because of the common fact that they both had resided in N.J. and at least one or both raced there.

I know this post is old but I was wondering if anyone has come up with any more info on Mr. O'Brien? I have acquired his personal collection of badges and plaques as well as a very nice framed photo of him with his car. I acquired these items from a local estate sale of Deborah O'Brien and was wondering the relationship between them, wife, sister or daughter? I have some trophy plaques with dates and places that are not listed on these race sites. Maybe what I have will help to add some information? I don't have any way to post the pictures but if someone would post them for me I can send thru email. Any info would be helpful, like an obituary........

Email them to me at jrichardarmstrong (at) gmail.com

To me it seems that this is not the collection of the mysterious Robert O'Brien but the one of the NY-born Robert Chester (Bob) O'Brien (1931 - 1992) from California.

The items you aquired at the estate sale of Deborah O'Brien are those of Robert C. O'Brien.

Deborah was his younger sister and passed away in December of 2015 in Texas.