Found out about this recently. Should be fun.

Surely the Pro-Am series used LC350s not 250s. The ones shown in the article have blue plates which denotes a 350.

However good to read about the return of any two strokes to the track.

PS. Why is Mackenzies' granddad photographed with the machine, was Niall not available?

Your right, the series originally used RD350LC's then the first version of the YPVS. Reading some stuff on other forums I think the change to the RD250LC for this re-run is down to cost and availability. It sounds like they're doing a decent job on the bikes with new shocks, cranks and cylinders.

I think a later incarnation of the series was the TZR250 Challenge, which was nearly as nuts as the Pro Am, but by then you had to pay for your own bike, which made it a slightly safer grid to be on

5 were blacked flagged in the only practice session, because the exhausts were smoking as they left the pit lane!!!!!!!!!!.

I believe the Moto GP officials were briefed on 2 strokes before the race.

Here's the result. It was very wet and the tyres maybe weren't best suited to the conditions. Of the DNF's at least 6 crashed. Fortunately I don't think there were any significant injuries to the bikes or the riders.

Some photo's taken on Friday before practice. 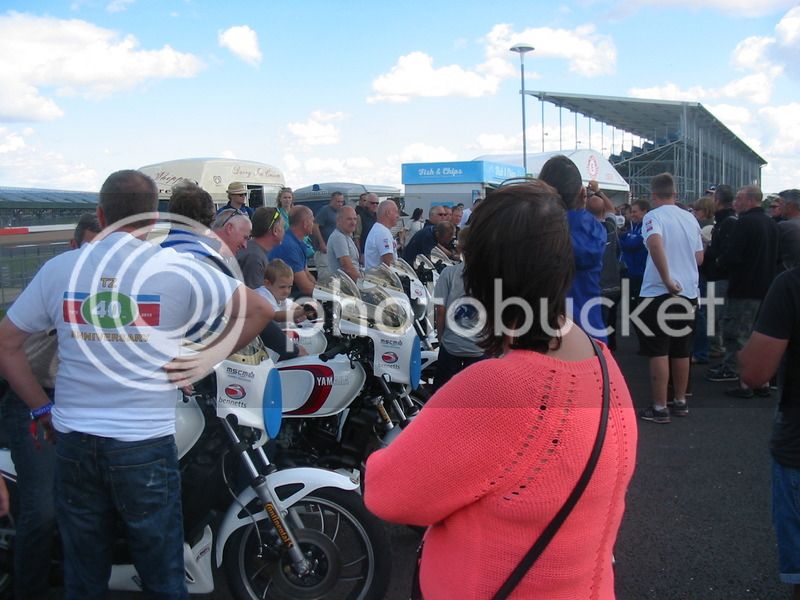