This report by Adrian Ryan doesn't give a date. There is mention of Leo Geoghegan winning the Division 1A race - does anyone know what car he was driving and can confirm this is a report of the 20th January meeting please. It comes from RCN March 1963. 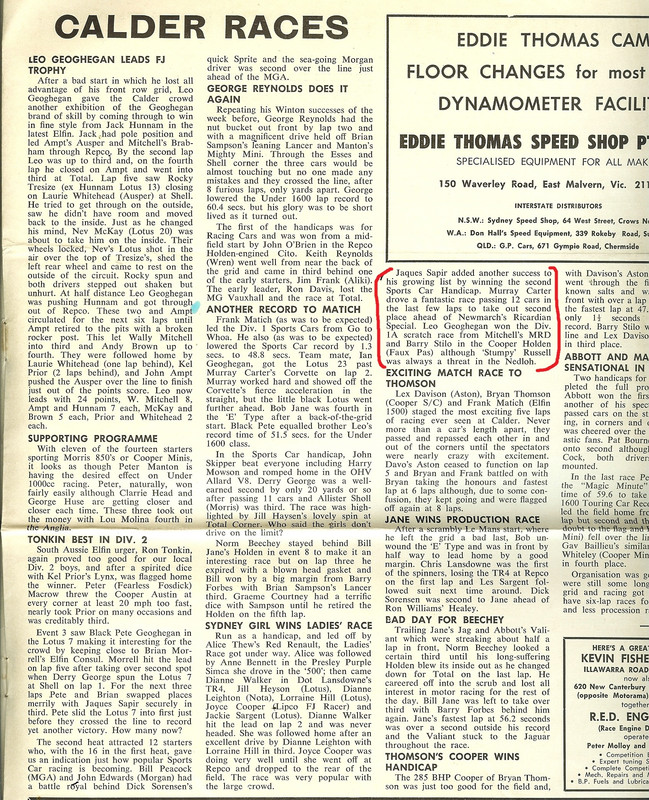 The competitors list for this meeting has 3 Geoghegan Lotus listed.

Yes Ed, the results are for the 20th January meeting.

It was Ian G who raced the Lotus 23. The Lotus 20 did not race at all. Probably taken as a spare for FJ Trophy, or may have been entered for Ian G (as they did occasionally in those early days).

There's some conflicting information gathering between the posts already or it's the February 24th, 1963 meeting that could be confusing the issue as the subject of the March RCN report. It appears the February 1963 RCN covers the January 20th, 1963 Calder. .

The competitors list for the Feb 63 meeting are indeed...

And just to help clarify my previous post, the March 1963 Autosportsman report by Len Shaw covering Calder's opening January meeting for the year has Leo driving all 3 cars. Winning the FJ race from john Ampt Ausper and Nev McKay Lotus. Second to Stillwell's Cooper-Monaco in the Racing Car Scratch Div 1 and 1A. Plus, another second in the Sports Car Handicap Div 1 between Carter's Corvette special and Rod Murphy Elfin.

Stephen - I had a note Leo had a 2nd behind Stillwell in 960 and your account here now confirms that.

Found my copy of Feb RCN 63 so here is the correct report just to tidy this up ... 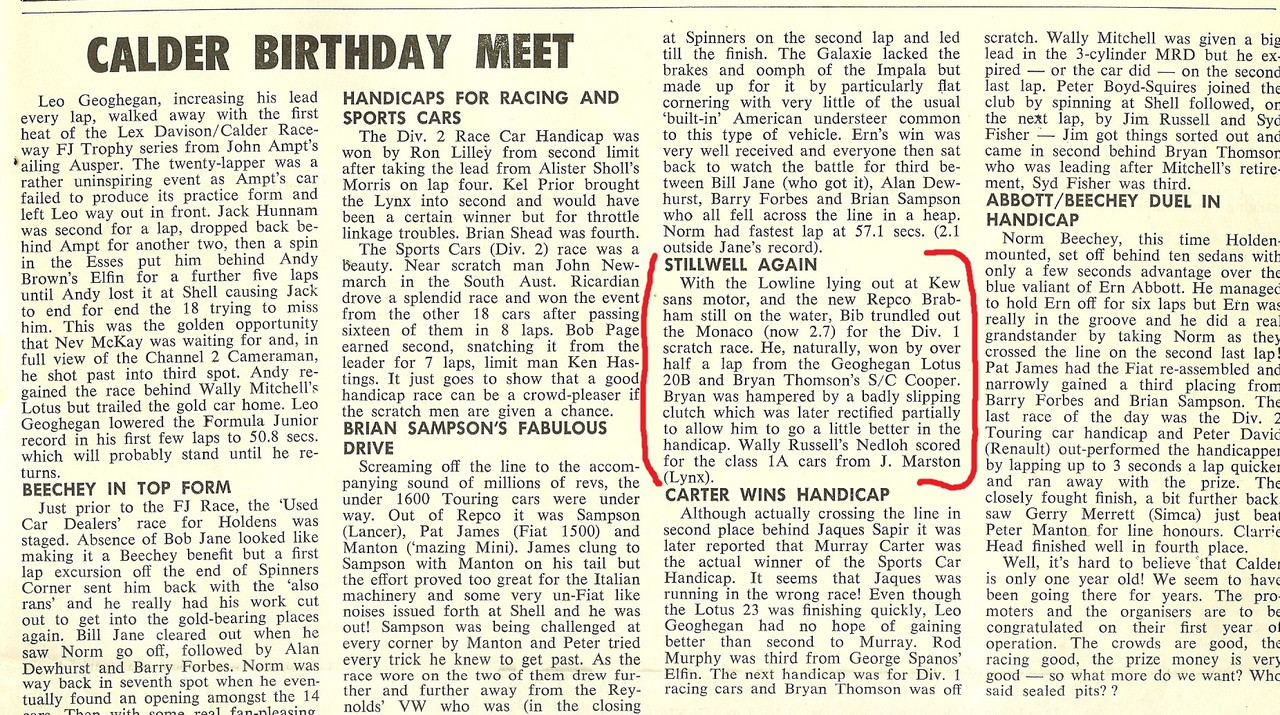 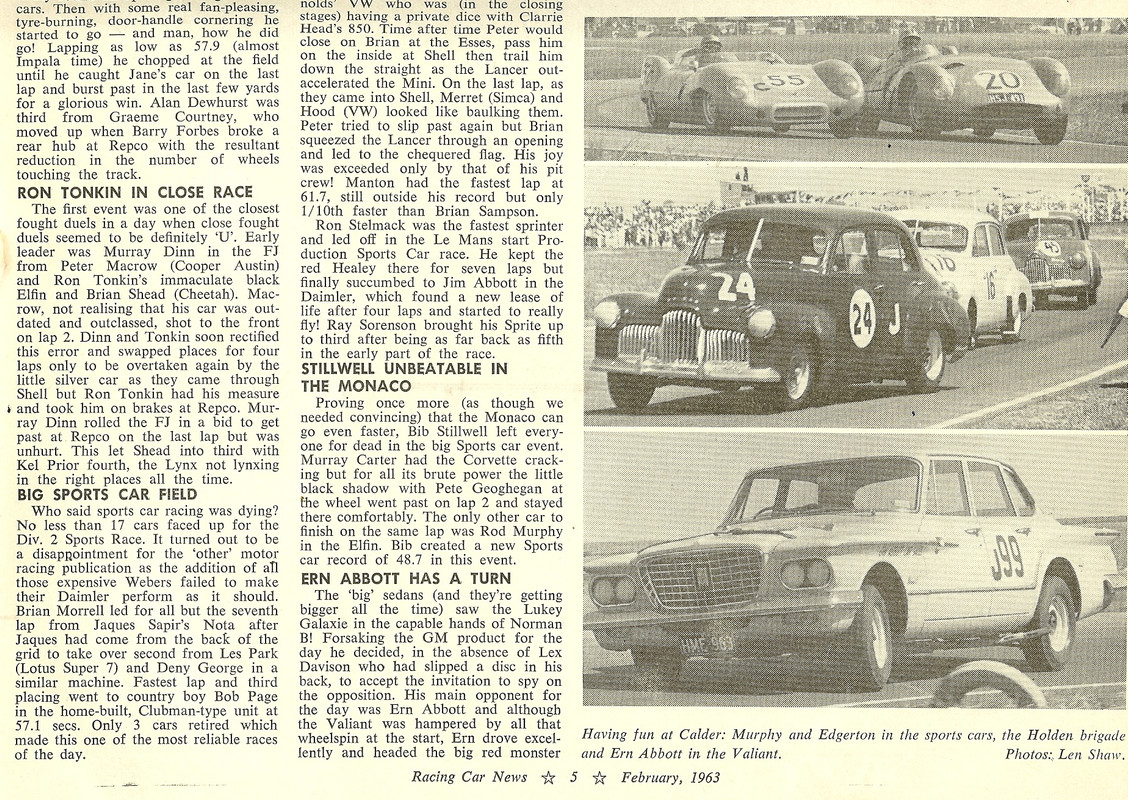 This might be of interest, Ed. Track Talk page is from the February 1963 Calder programme, the photo more than ikely taken at the January meeting. 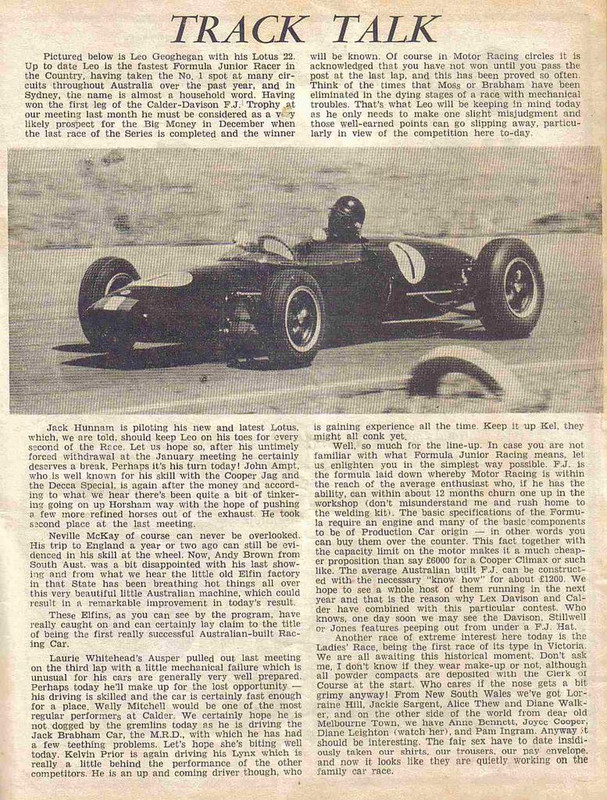