Thank you so much Weaverbird for more of these fascinating photos. What follows is all from her: text, photos and captions.

All in identical Mazda MX 5 (imported from Hong Kong and right hand drive). There were a lot of grumbles (and subsequent excuses for bad driving/accidents) from the American contingent who were driving r.h. drive for the first time! Very exciting racing, brilliantly commentated by Murray Walker.

Innes Ireland had retired in the ‘60s, but was as excited as anyone to be competing in these road cars.

Mazda for show in lobby of Hotel Lisboa 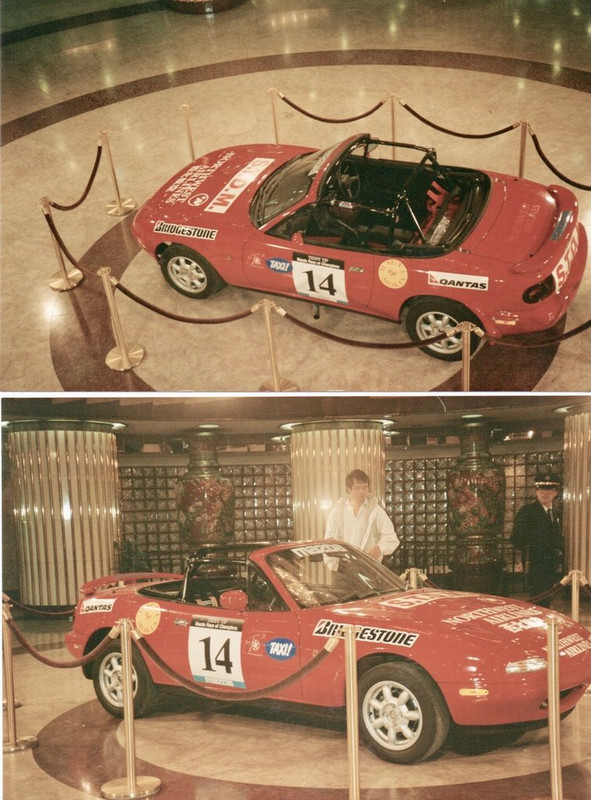 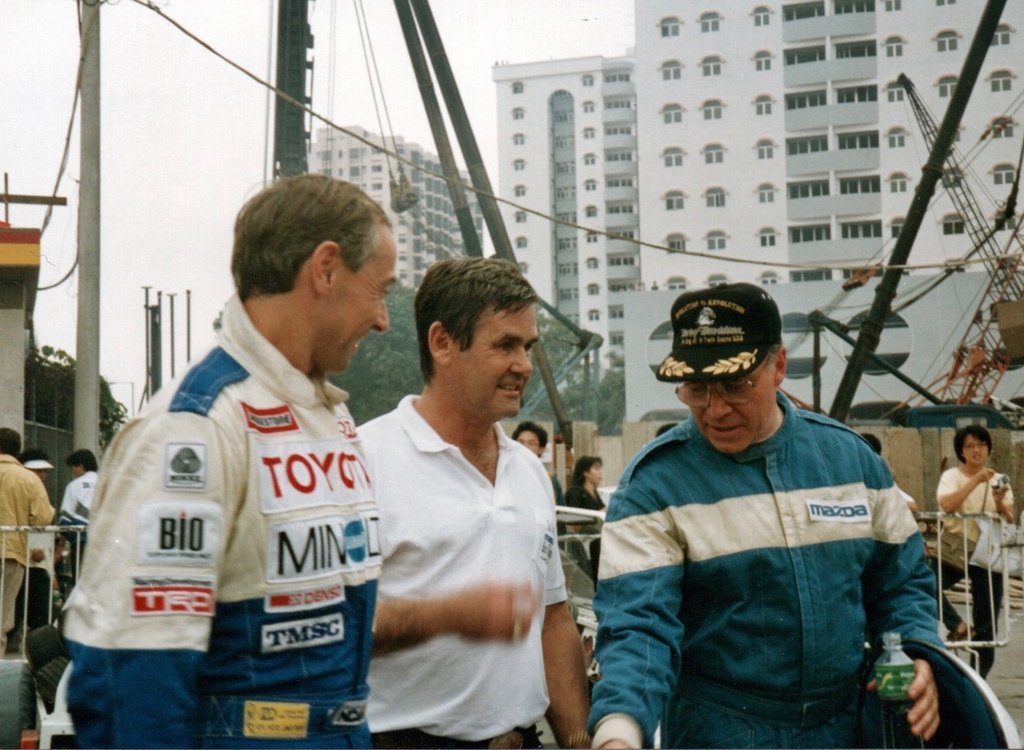 A few in the chaotic ‘collecting area’!: 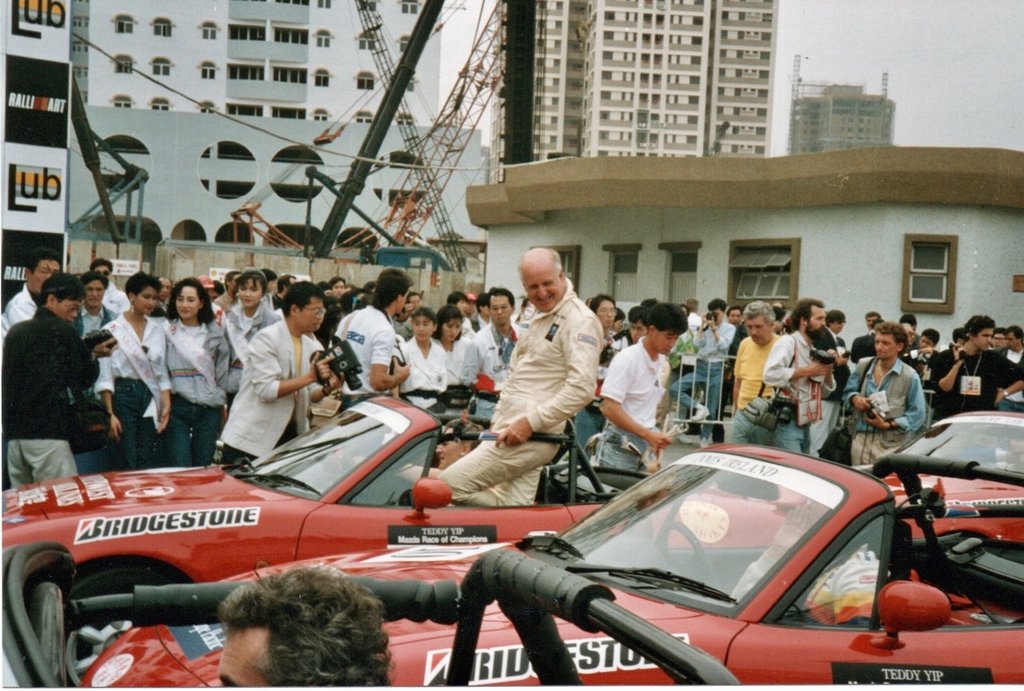 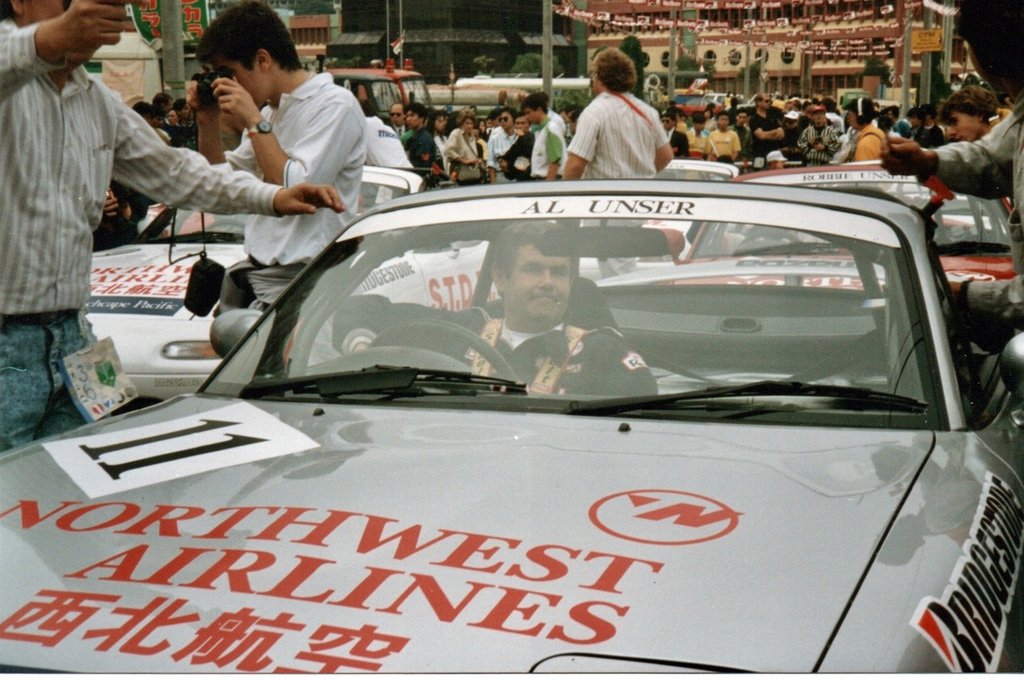 Bobby Unser (a bit pensive and thinking of driving on ‘the wrong side’ perhaps!) 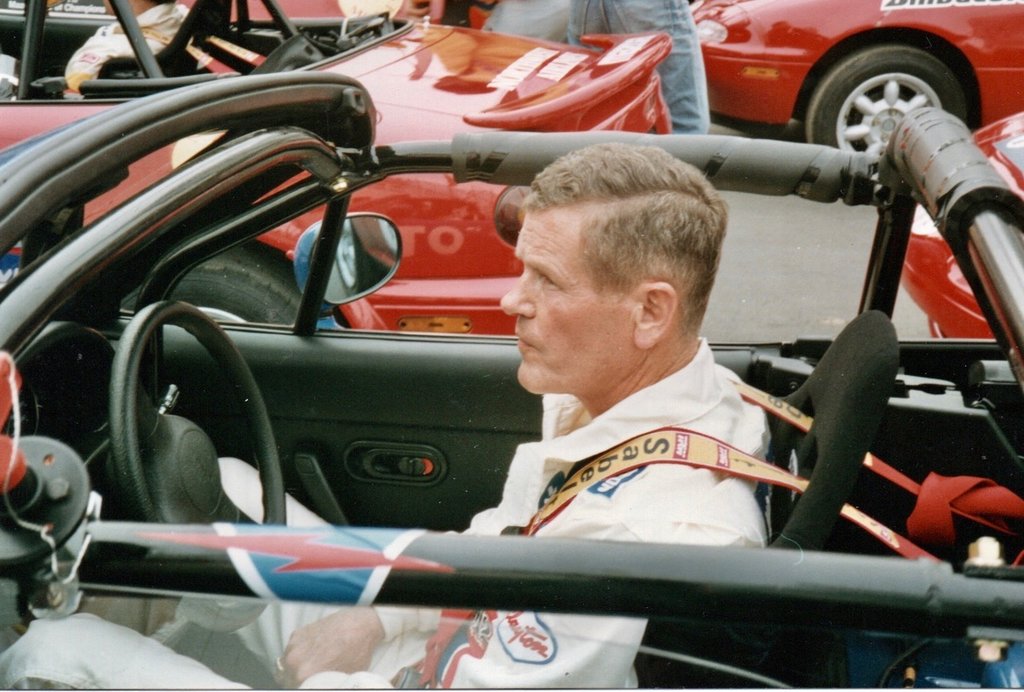 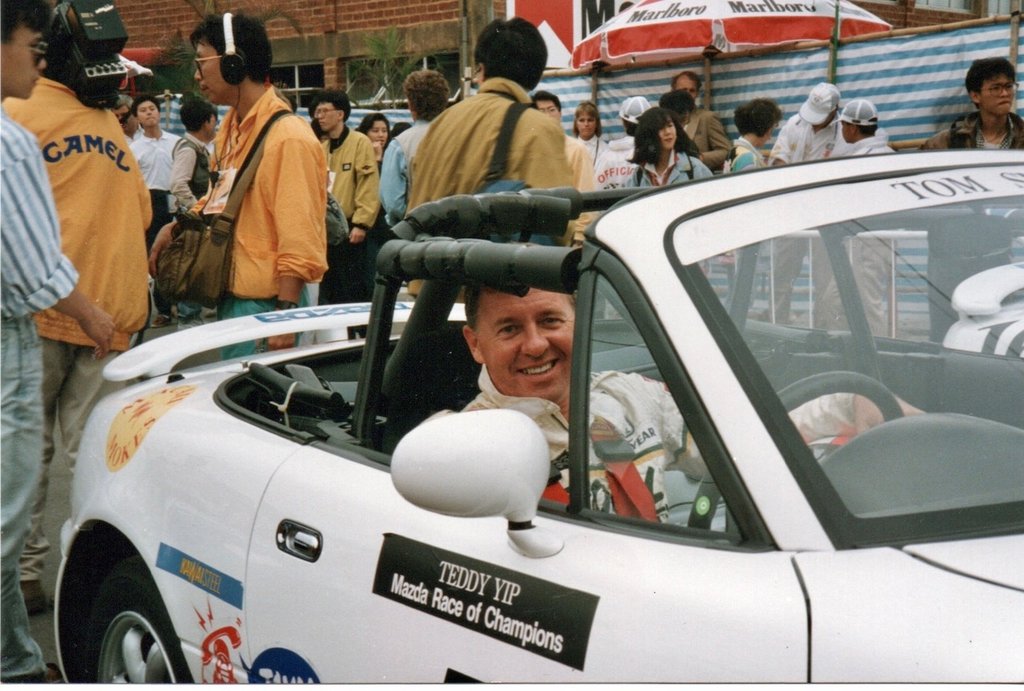 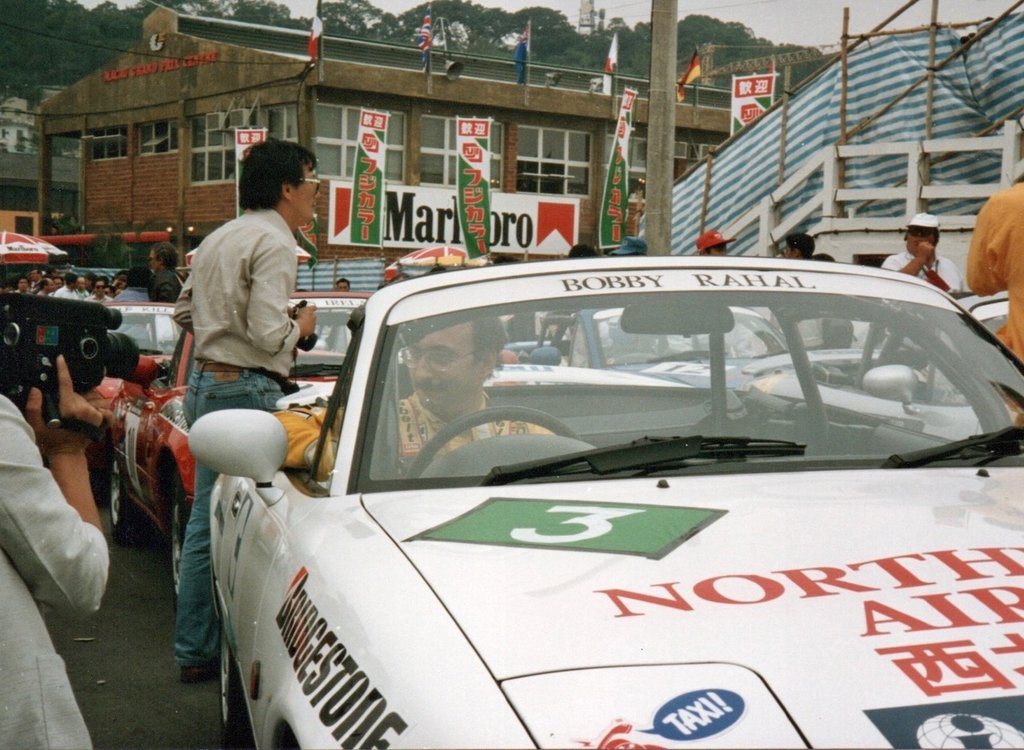 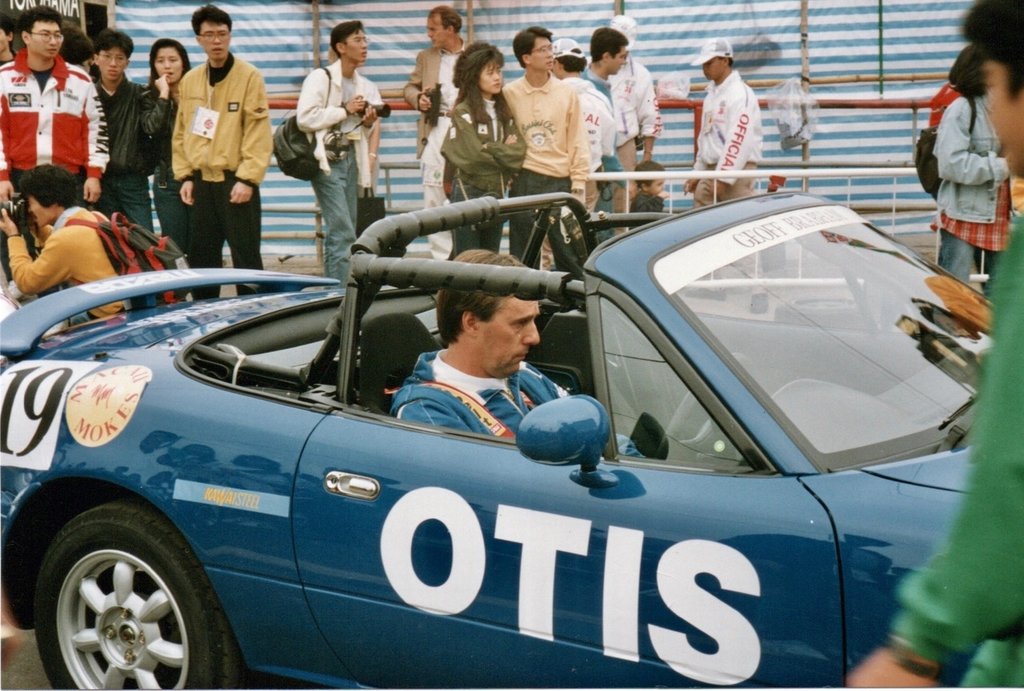 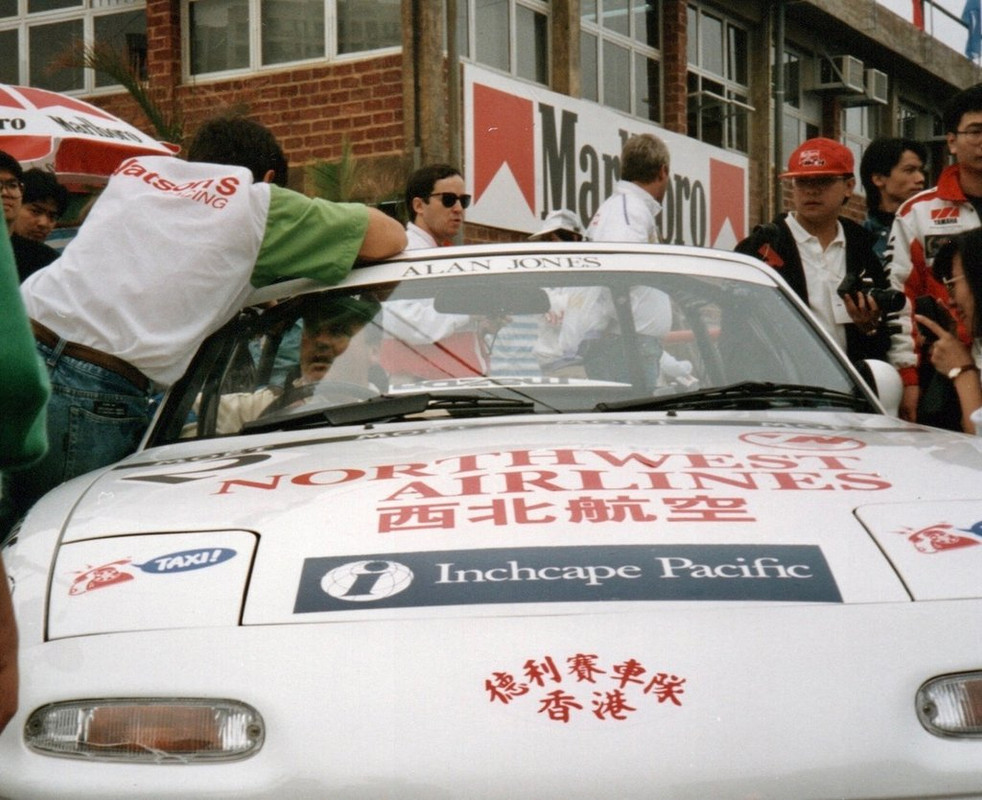 Denny, daughter at the wheel, (Innes beside) 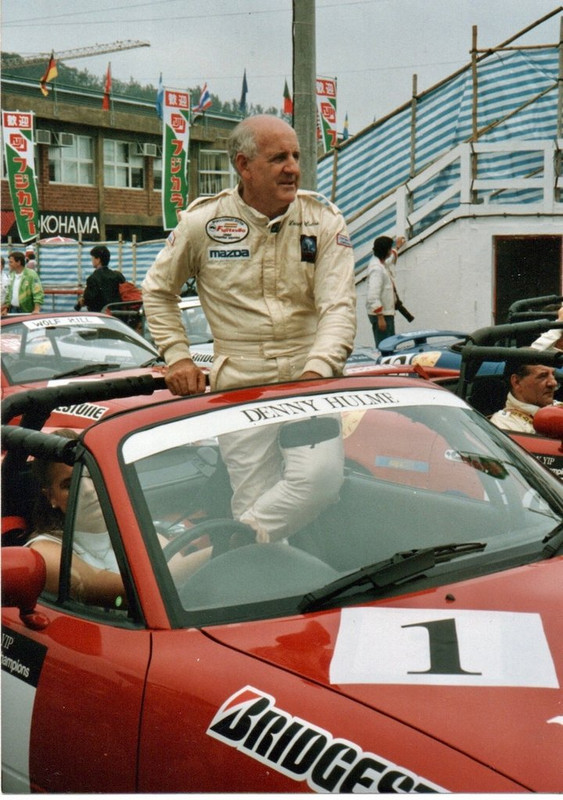 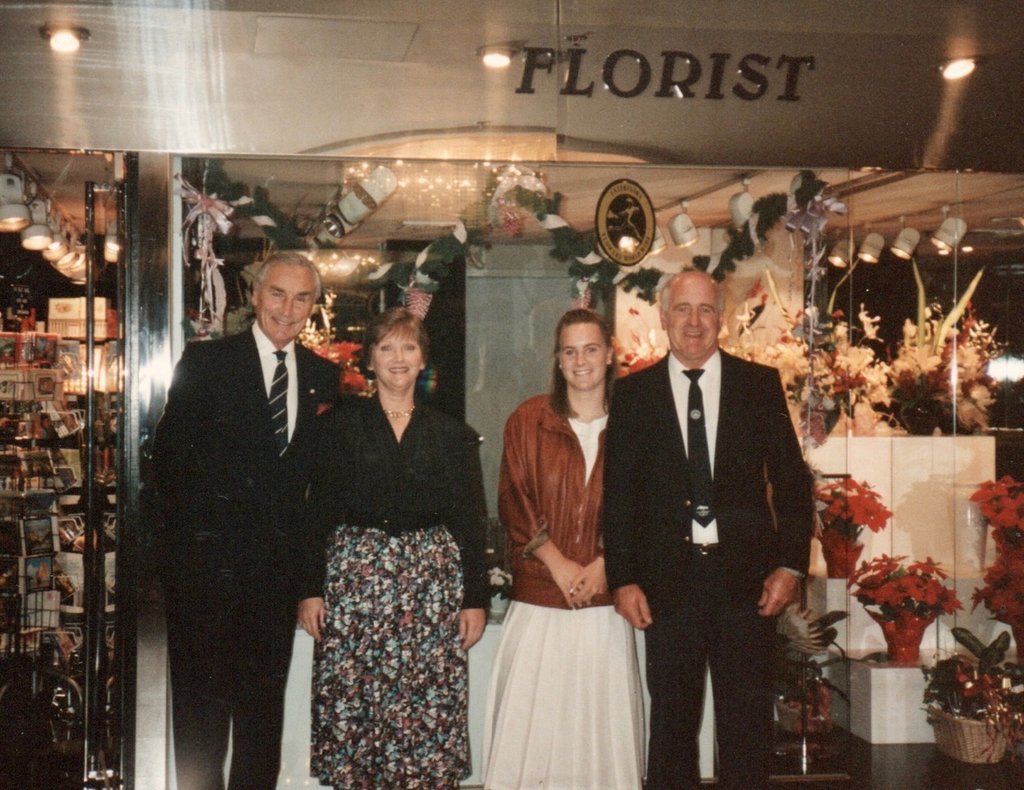 These are super @Weaverbird. Please feel free to subscribe to our magazine Racing Spirit. We love pictures like this: http://autotradition.co.uk/

Allan Moffat again in the midst of things.

Many thanks all for your positive reaction - makes all the scanning worthwhile!  (more to come in due course)

I have done a model of the Moffat car using the Diapet 1:40 car.  I added a 3d printed spoiler and decals.   I need clear , flat images of the taxi, macau mokes, and Inchcape Pacific logos to make it even better if anyone can help.

I'm also working on sets for the Geoff Lees, Al Unser, and Brabham cars (might do the Alan Jones car as well) so good pics of those cars would be appreciated.   Also, if anyone can  do some roll cages to fit the diapet, or an stl file that I can get printed.  Thanks in advance for any assistance.

I do roll bars with paper clips, fine nosed pliars and super glue.  They can be very effective as they have to be built up in a similar sequence. .

Paper clips might be a bit thin?  Maybe use a wire clothes hanger - that might be a better thickness in 1:40?