In mid-1975, Hans Meier and Ewald Boisitz appeared in Formula 2 with a pair of Surtees TS15As that had been leased from Team Surtees by Space Racing (Bob Sparshott and John 'Ace' Woodington).

For the Silverstone race on 31 August 1975, Boisitz was allocated "the ex-José Dolhem TS15" but didn't get to drive it, and Meier had "the ex-John Watson 'EXP'" which he qualified near the back and finished last.  Meier then then set a very quick time at the next race, at Zolder on 14 Sep 1975, only to go off into the barrier later in practice.  He wasn't allowed to start the race in the second car.  He then used the other car in the final two races, Nogaro on 28 Sep 1975 and Vallelunga on 12 Oct 1975.

but failed to qualify for either.

Does anyone have any photographs of Meier at any of these races?  Or any other information about this operation?  I'm trying to work out how the two cars were used and which one actually got damaged.

The same picture but without the watermark. 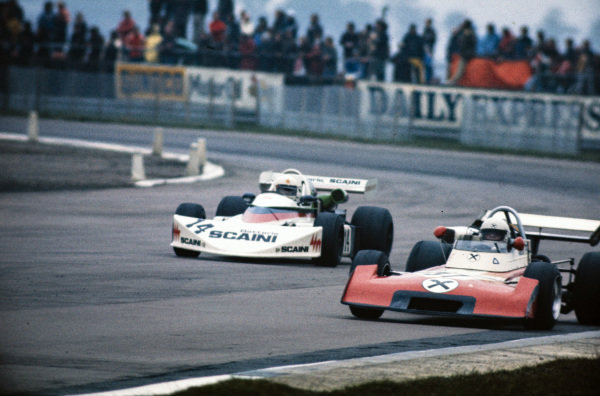 I don't think this is much help Allen but anyway this is Lap 1 at  the 1975 Silverstone race (at Copse). Hans Meier can be seen third from left and has actually had a good start because he only had six cars behind him on the grid and is tucked up behind Alberto Colombo. My reasonably accurate lap chart shows that he was running 19th (out of 31) for the first 16 laps and then fell to the back for some reason, maybe a spin, and managed to finish 18th  ... which as you say was last.

I am staggered that I could actually maintain a lap chart at all ! 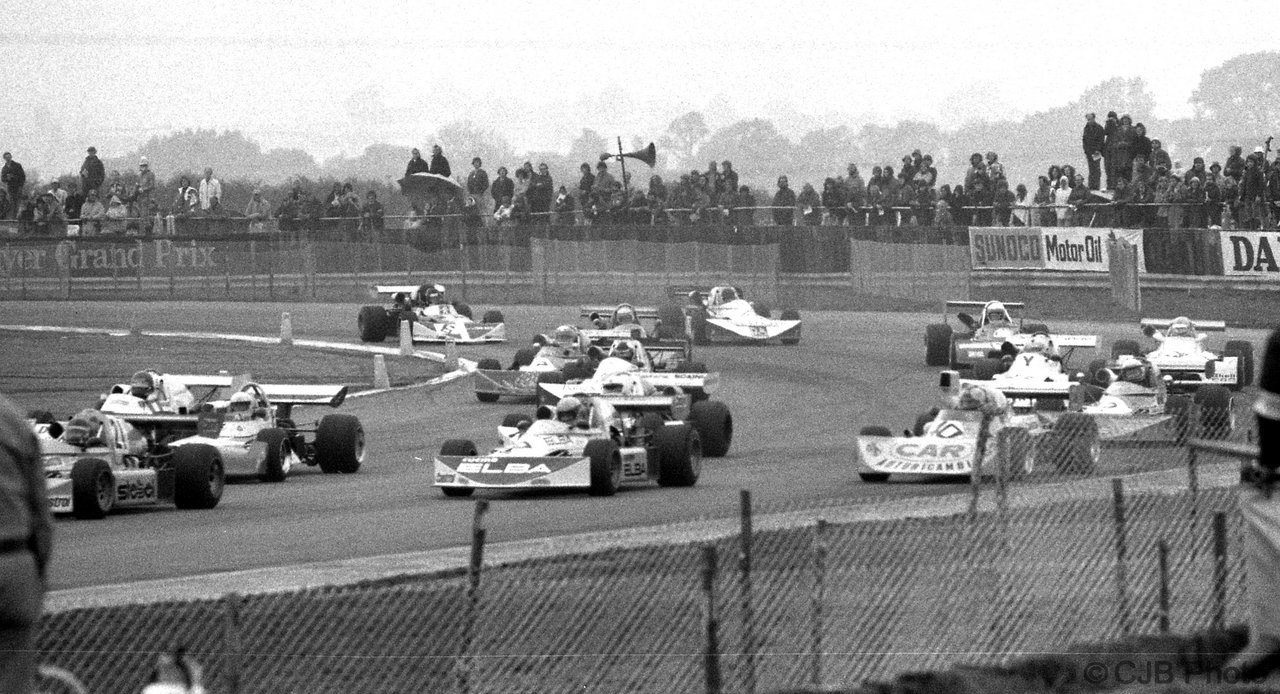 "I am staggered that I could actually maintain a lap chart at all!"

Ditto: I did lap charts and timing/scoring for literally decades across a variety of series (with many thanks to Judy Stropus who definitely helped me improve a lot), but today I am utterly stunned that I could do it all and then quite accurately to boot...

Thank you Chris.  That is most helpful.

Firstly, I can now see the rear wing better, and that's like no F2 Surtees rear wing I've ever seen before (perhaps a F1 TS16 centre post rear wing?), and secondly, I think I can see that it has different sidepods, with a sharp corner that I've only seen on two other cars: 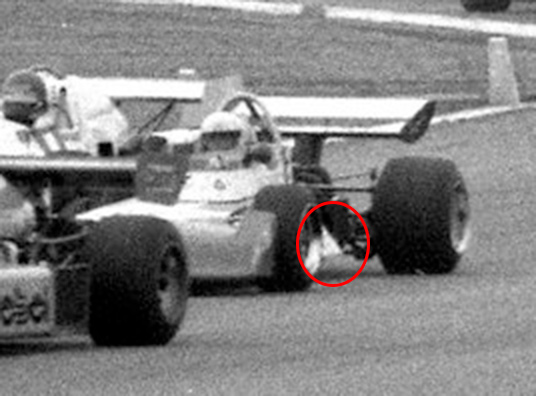 Great pic that! John Wingfield's RT1 at the back, making its debut possibly??

Great pic that! John Wingfield's RT1 at the back, making its debut possibly??

Right as usual!  That was its debut.

Anyone have any pictures from these F2 races: