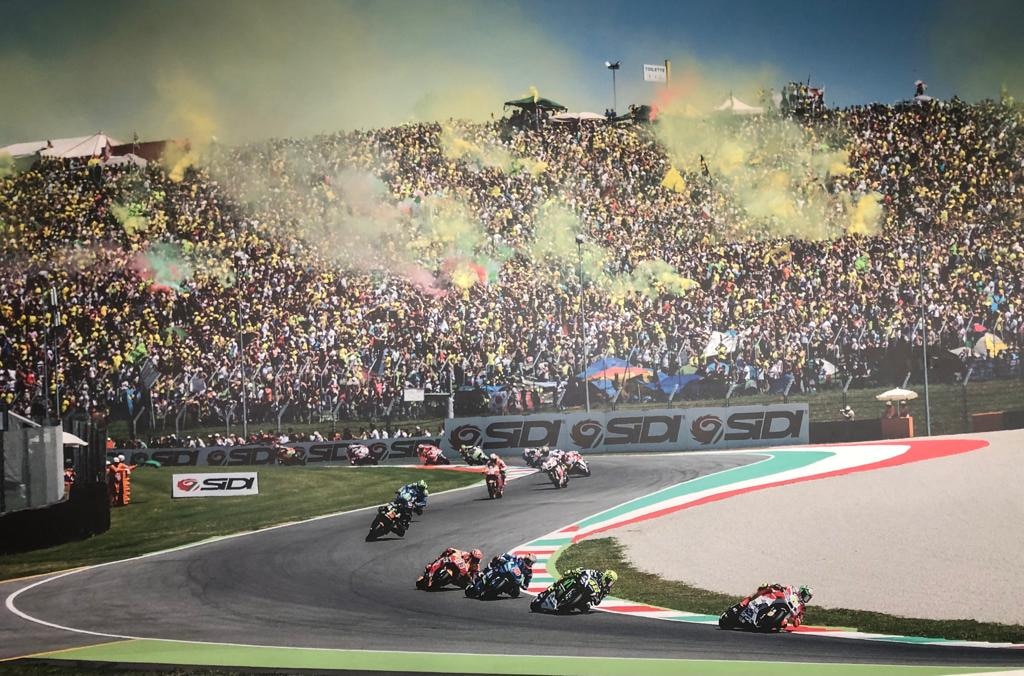 The Most Challenging, Fast, crazy circuit on the calendar is ready to host another MotoGP Classic.

Winning there, is a special & different feeling.

The huge crowd, the "stadium-like" atmosphere, the difficulty & danger factor of the circuit. 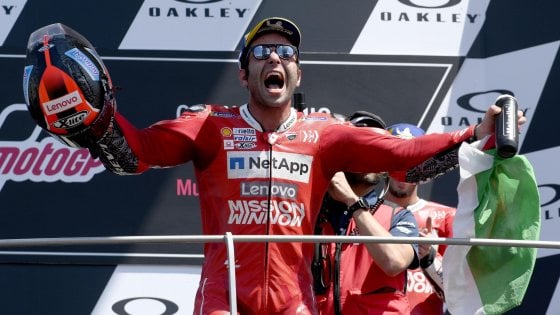 This year, the Championship Battle is closer than ever: the sheer consistency of Fabio Quartararo, the talent of Enea Bastianini "The Beast", the resurgence of Aprilia with Aleix Espargaro, the up & downs of Pecco Bagnaia & Factory Ducati, and many more protagonists!

Every race is uncertain: we're coming from a Drama-Filled Le Mans Grand Prix, where we saw another victory for the young gun Enea Bastianini, beating Pecco Bagnaia & forcing the Factory Ducati leader to over-push, and crash out.

Jack "The Thriller" Miller capitalized on that, jumping in P2 ahead of Aleix Espargaro, another podium for the Aprilia Superstar.
Fabio Quartararo didn't manage to take podium in his home GP, but another P4 to retain his lead on Espargaro & Bastianini.

But look at that, it's WIDE OPEN! 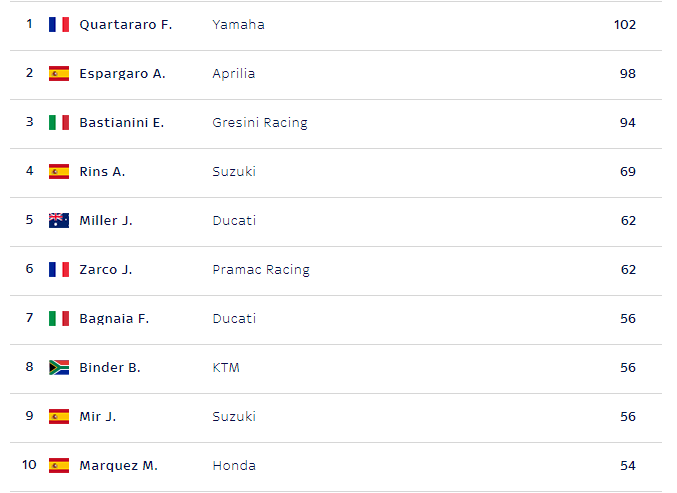 Now back to Mugello.
A 5.3 km classic track. It's old style: gravel traps everywhere, super fast corners, elevation changes and a huge main straight, where Bikes can reach speeds up to 360 km/h. (!!!!)

This is a view from the Main Straight, as the bikes flies by 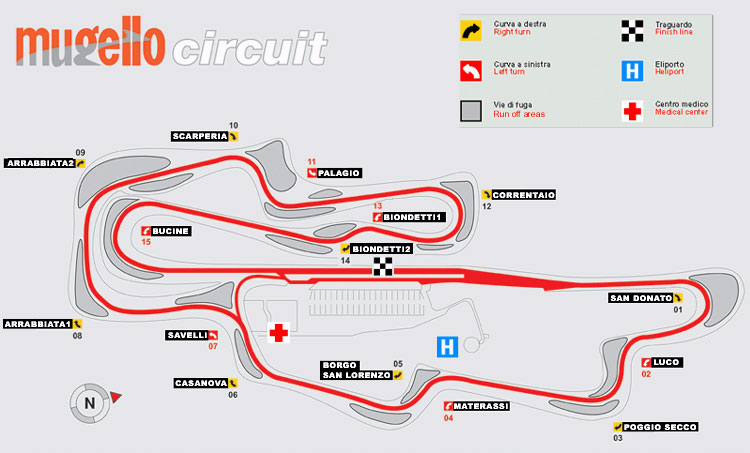 The circuit is already a massive challenge as it is in the dry: but in the wet, this is going to separate the men from the boys.

60% chance of rain during Qualifying on Saturday, and an equal chance on Sunday.
Mugello offered some Classic Races in the Wet, like the legendary last lap battle between Mattia Pasini & Marco Simoncelli for the win in 250cc

This weekend we also take time to remember a special young talent, who tragically lost his life last year in Mugello.
Another reminder of how dangerous racing is in Motorbikes at these speeds, and the respect we have to give to every rider who takes part in the races.

There is no Halo or Surviving Cell here.

Jason Dupasquier, a rising star of the Moto Grand Prix world....you will be missed! 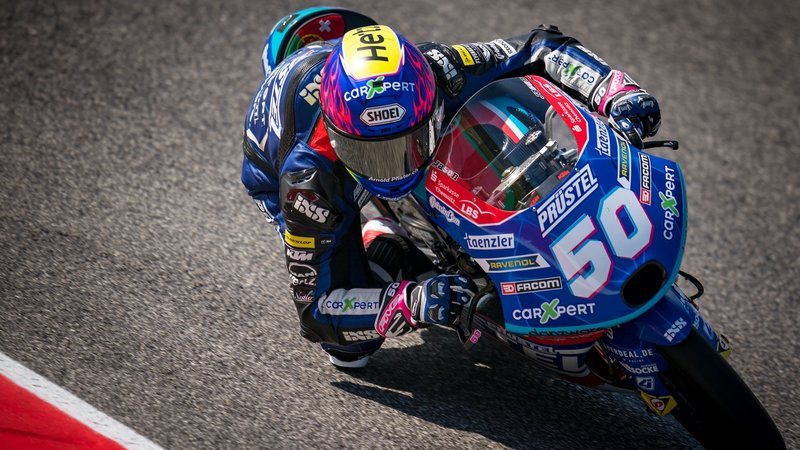 This weekend will also be special for Valentino Rossi & Max Biaggi.
In fact, Racing Number 46 will be retired, with a special cerimony on Saturday.

Max Biaggi, on the other hand, will enter the MotoGP Legends Hall of Fame, and he'll complete some parade laps on Sunday, before the race.

Allright, let's dive into this weekend's schedule in Mugello

Voted Pecco. It's now or never to prove he's the Alpha dog at Ducati.

Are Rossi and Biaggi civil with each other now both are retired? Great rivalry once upon a time.

9 Ducatis on track this weekend!

Another contender for Top 10. 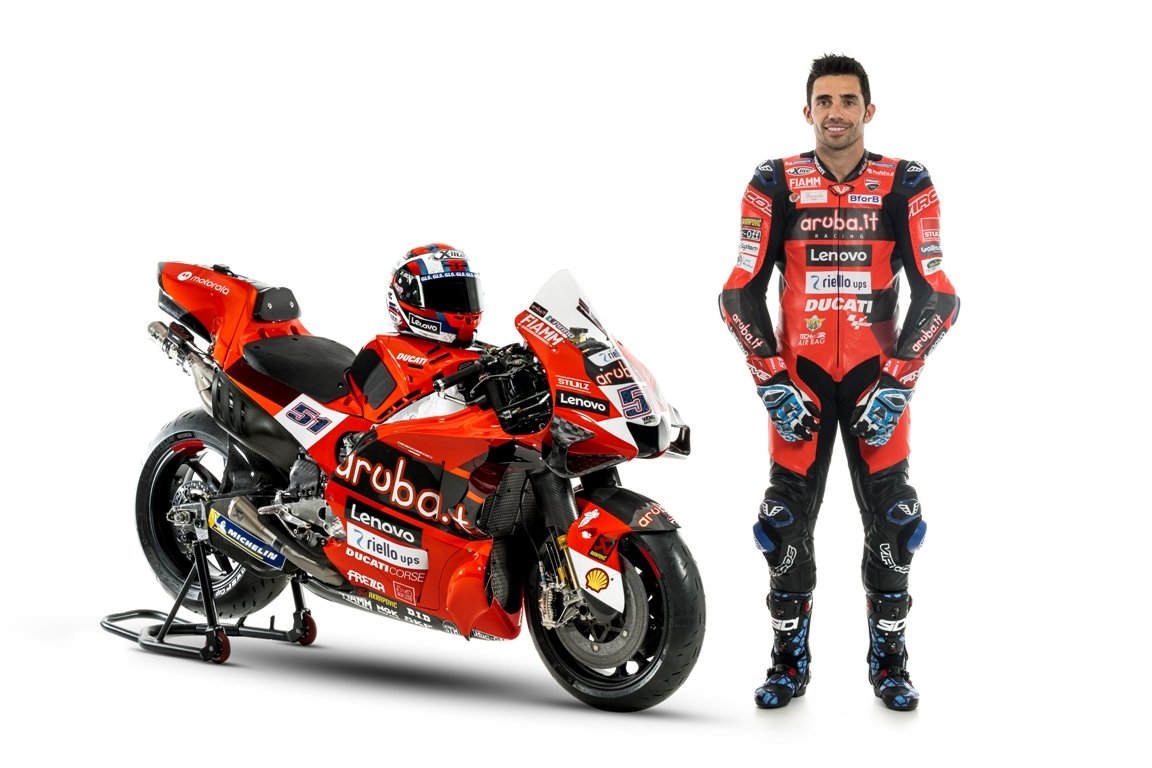 This could have ended in tears, 350 km/h there

Really like the new Pramac livery. About time they changed it up really.

Really like the new Pramac livery. About time they changed it up really.

Quite a distinctive look!

Nice to see a new sponsor coming in 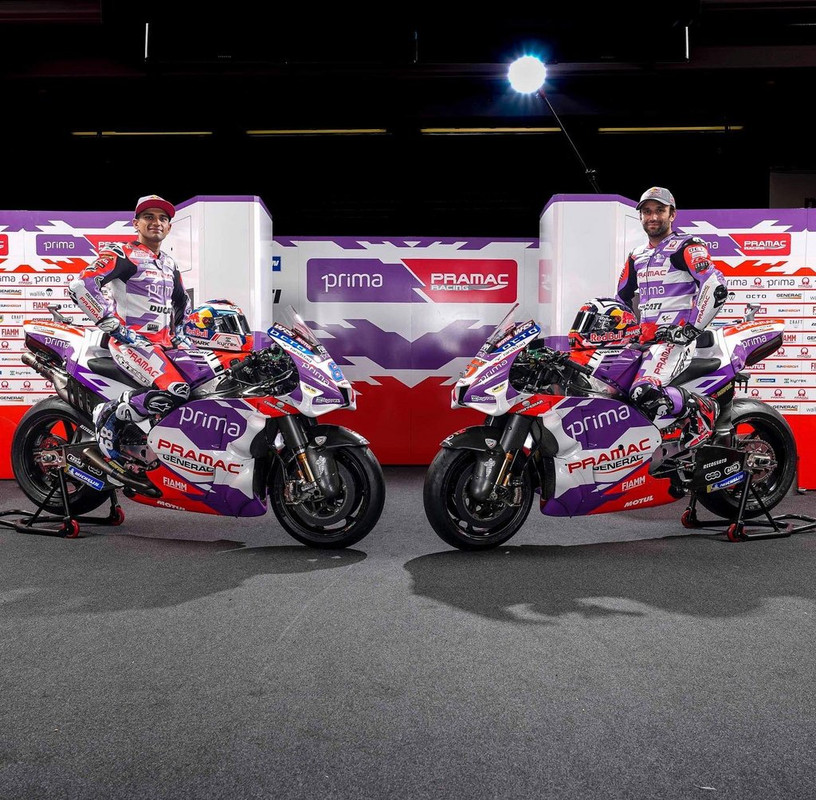 What on earth was Aleix thinking?? What an idiot

Probably should be a penalty for irresponsible riding. 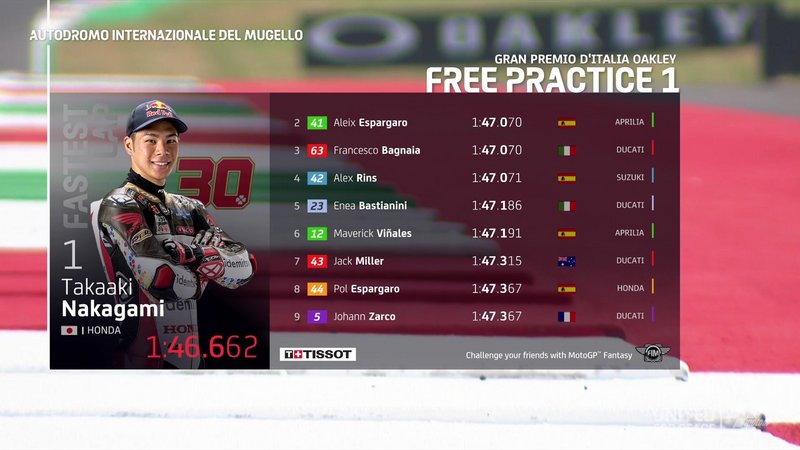 I love the Aleix Espargaro redemption story, but he does test your goodwill sometimes by being a bit of a tool.

On fumes? stopped at the end of the session, but don't know if it was just after setting that time.

On fumes? stopped at the end of the session, but don't know if it was just after setting that time.

They bolted on a new set of tyres, so it isn't that representative indeed.

Nakagami will probably pop up like this at times - he's fighting for his career now isn't he? I don't know if it's been announced yet, but by all accounts Ogura has that Idemitsu seat signed and sealed.

Sasaki looked like he was hit in the head. Bad news.

Sasaki was conscious, he was moving afterwards.

So hopefully nothing very serious.

Looks like he was conscious on the stretcher, whew. Weekend definitely over.

Am I right in thinking Sasaki was caught up in the Dupasquier crash last year?

Why on earth are they so reluctant to throw red flags, that should have been one instantly.

Am I right in thinking Sasaki was caught up in the Dupasquier crash last year?

Yep, he was onboard the bike that killed him. A hideous irony.

Yep, he was onboard the bike that killed him. A hideous irony.

Geez this sport can be so brutal at times. Fingers crossed he's ok

Aprilia VS Ducati in home soil? 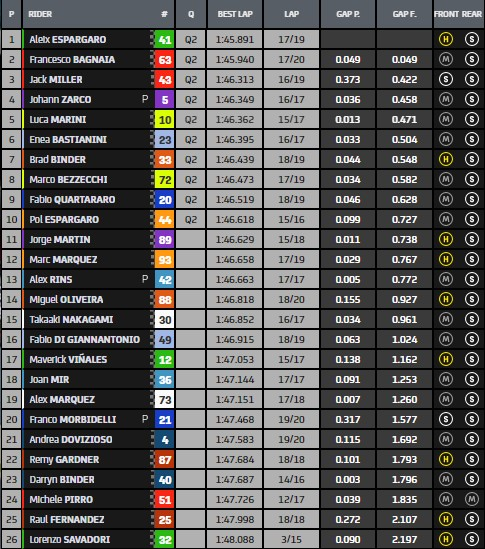 Dovizioso and Morbidelli are performing worse than Rossi last year.

Got quite close with the wall there.

Sill in P2 tho, Aleix in front

Eventful FP3 to say the laest!

The Beast was looking good for P2 behind Pecco, but crashed out at the last corner.

Nearly saved it tho 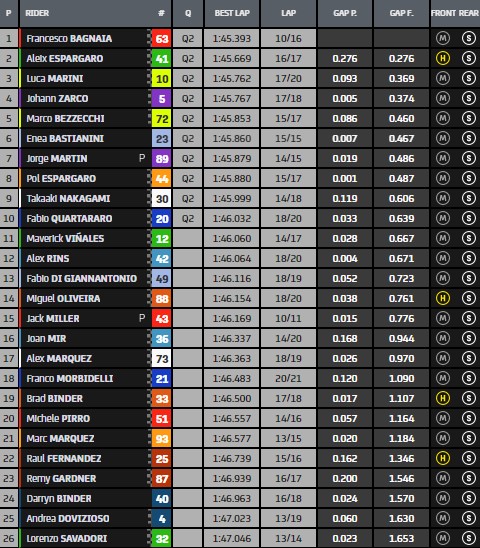 Was that the same corner?

Brad Binder always quick out the box, but can't seem to improve his times over the weekend, while everyone else does.

If he and KTM can figure that out, he'd surely be a regular podium contender without starting so far back.

Q1 Will be exciting

Concussion and two broken collarbones for Sasaki. A lucky escape all things considered.

A costly pair of errors from Bastianini. No chance to improve now.

Could be a spectacular quali

There is alot of rain coming to Mugello in the next hour (radar shows heavy/thundery showers). This could get spicy...

Heavy shower expected in the next 30 min

Could be one for the rainmasters

Where's Anthony West when you need him? 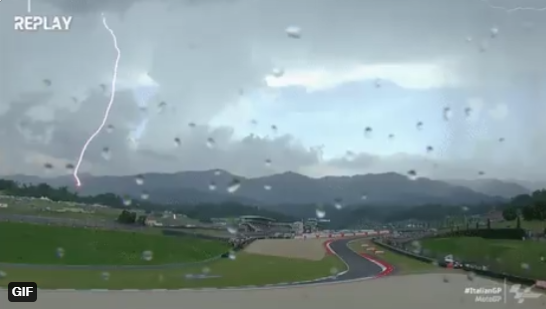 Binder gambling on the slicks!

Fabio Digianantonio gets to Q2 with the best time!

The rookie shines in mixed conditions!

Marc Marquez gets through as well.

Very dark, heavy rain could be around the corner.

Surprised with the lightning around they will head out tbh

This will be intense